BLOOMINGTON — Al Thompson has a bit of advice for 50-year-old-plus golfers who want to remain competitive with those often half their age. It could save you some cash, too.

"Before you spend $500 on a driver to hit it farther, spend 50 bucks to talk to a trainer," he said. "You're going to get way more out of that if you have any golf goal or want to play well later."

Thompson, who turns 60 in November, also encourages senior golfers to "do what you can do" and not worry about trying to hit shots you pulled off 20 or more years ago.

Although Thompson isn't quite as old as the Bloomington-Normal Medal Play Tournament, he hopes to be contending for the title in the 62nd version this weekend after tying for third last year.

The Medal Play begins Saturday at Prairie Vista Golf Course. The low 32 and ties advance to the championship flight for Sunday's second round before the top 18 move on to Bloomington Country Club on Sunday afternoon for the final round.

Tee times for Saturday go from 8 to 11 a.m. Entry fee is $95, which includes greens fee for all rounds.

Thompson, who moved from Wisconsin to the Twin Cities a couple years ago, played in his first Bloomington-Normal Golf Association event last year. He shot rounds of 71-72 at The Den at Fox Creek Golf Course in the Medal Play and was just two strokes behind Michael Mounce heading to BCC.

However, a huge storm rolled in and canceled the final round. Mounce was declared the champion and a couple other golfers, including Thompson, were left wondering "what if."

"My goal is always the same — I want to be in the hunt at the end if I can," said Thompson. "I felt like that golf course (BCC) probably set up a little better for me than The Den or Prairie Vista. Not that I thought I would win, but if I could stay in the hunt then the last nine holes who knows? I would be happy to be in the same position this year."

Thompson also was in the hunt in his first City Match Play Championship in June. He advanced to the 36-hole final before falling to Parker Wisdom, 2 and 1, at Ironwood Golf Course.

Even though Thompson was giving up 38 years and often 50 yards off the tee to Wisdom, the match could have gone either way.

Thompson gives a lot of that credit to doing an online workout program each day that takes anywhere from 30 to 60 minutes, and also emphasizes stretching and recovery. Thompson said he's been doing it the last six years.

"You can notice gains in (swing) speed from doing that that you're not going to get from buying a new club," he said. "I noticed a big difference in flexibility, better balance, more solid ball striking. You lose distance as you get older, but what you really lose is the ability to hit it as solidly as you did when you were younger. Solid contact is so much more important."

What Thompson also said is helping him remain competitive is playing with a good group of golfers at Crestwicke Country Club, where he is a member. Thompson also gets out and plays with his son, Alex, who is an assistant pro at the course; Crestwicke head professional Kyle English; and two-time City Match play champion Brian Zimmerman, who is working at Crestwicke's pro shop.

Thompson is a sales manager for Cornerstone Building Brands, which is a manufacturer of metal roofing and wall systems, and metal accessories. He used to be a club professional in Wisconsin before getting out of the business and sitting out two years while regaining his amateur status.

This has been a good summer of golf for Thompson with a couple more tournaments left on his schedule.

He qualified for the Illinois State Mid-Amateur Championship, for those 25 and over, last week by shooting even-par 72 at Pekin's Lick Creek Golf Course. The Mid-Am will be held Aug. 22-23 at Evanston Golf Club in Skokie.

Then there's the Illinois State Senior Amateur in September at Riverside Golf Club in North Riverside. Thompson finished 10th last year. He tied for 10th in the Illinois Senior Open in late June.

If he does that this weekend, he could have a chance to become the Medal Play's oldest champion.

"You have to understand what your limitations are and play to your strengths," he said.

Veteran Al Thompson played a near perfect round in the semifinals to advance to the Bloomington-Normal City Match Play final against 21-year-old Parker Wisdom.

Watch now: Birdie on No. 18 at The Den gives Michael Mounce the B-N Medal Play title

Michael Mounce birdied his final hole at The Den at Fox Creek Golf Course and that was a winning putt when the Bloomington-Normal Medal Play's final round was rained out. 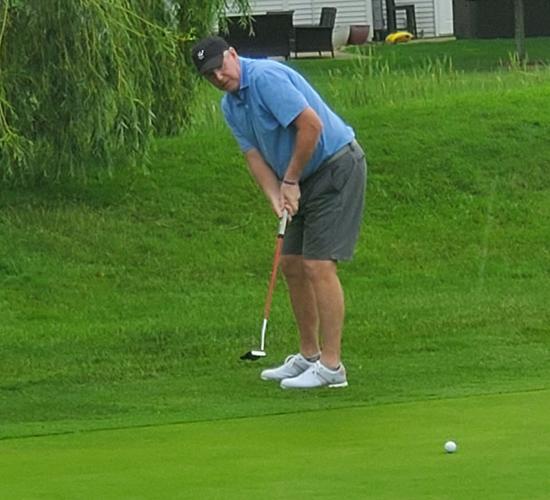 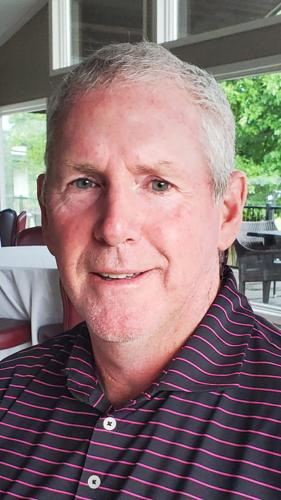