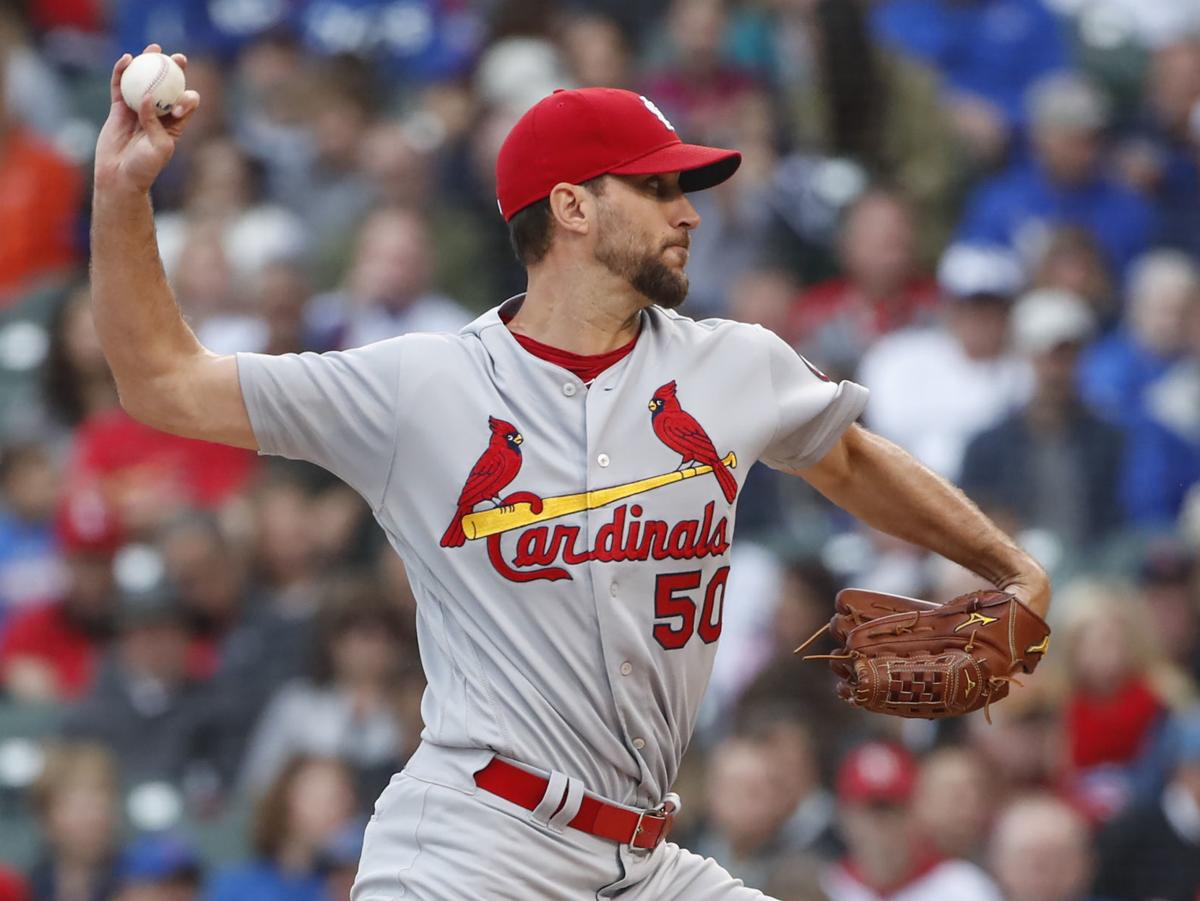 Cardinals starting pitcher Adam Wainwright delivers a pitch against the Cubs during the first inning Friday in Chicago. A free agent after this season, Wainwright has made an impact off the field that extends well beyond St. Louis and baseball.

Wainwright's bust will not be in Cooperstown one day, but a spot awaits across the street from Busch Stadium in the Cardinals Hall of Fame.

Yet, with Wainwright, it is shortsighted to measure his worth in wins, strikeouts, ERA, even World Series rings (2). Those are all baseball things.

Wainwright is much more than baseball. In that regard, he may stand tallest among those who have worn a Cardinal uniform, not because he is 6-foot-7, but for his long reach in touching and improving lives.

More than anything, that will make it sad and difficult if, in fact, he threw his final pitch as a Cardinal on Friday at Wrigley Field in an 8-4 loss to the Cubs.

A free agent after this season, Wainwright's future in St. Louis — in baseball — is clouded after a year spent mostly on the disabled list and three straight seasons with ERAs of 4.46 or higher. He is 37 and injuries have limited him to 68 starts over the past four years.

Through his foundation, "Big League Impact," Wainwright has built a medical clinic in Cap-Haiten, Haiti, with doctors, nurses, medicine, equipment and operating rooms. A school and orphanage there have benefited as well, providing education, nutrition and hope to children who had little.

Along with his wife, Jenny, and some current and former teammates, notably Kyle McClellan and Luke Weaver, he has helped create clean drinking water in Haiti and in the Dominican Republic for those who'd never had it.

For more than a decade, Wainwright's 12-6 curveball has separated him on the mound, becoming so much a part of him his Twitter handle is @UncleCharlie50. His compassion and caring have set him apart off the field, making him a role model extraordinaire.

They don't pay you for that in Major League Baseball or any professional sport. It's about what you have — or have left — on the field, court, track, etc.

Wainwright is at the end of a contract paying him $19.5 million per year. Earlier this season, pitching with a sore elbow, his fastball was topping out in the 80s, the signature curveball lacked bite and hitters were pouncing on it all.

It looked very much like he was done, that whatever memories you had of him — the game-ending strikeout of Carlos Beltran in the 2006 NLCS, saving the clinching game of the World Series that year, finishing in the top three in Cy Young Award voting four times — would have to suffice. There would be no new ones.

That still may be true.

Yet in four September starts, one in particular, there have been glimpses of the past Wainwright. The velocity was back in the 90s and the curveball was diving "off the table" at times.

Most notably was a Sept. 16 Sunday Night Baseball start against the then hot-hitting Dodgers that included six shutout innings with nine strikeouts and three walks.

Wainwright allowed four earned runs in each of the other three starts, but had a combined 16 strikeouts and one walk in those outings.

It was a mixed bag, with Wainwright telling Derrick Goold of the St. Louis Post-Dispatch following Friday's game, "I don't feel like it's over yet."

Here's hoping it's not.

Wainwright is in for a big pay cut no matter where he pitches next year. It would be a shame if that is not in St. Louis. Maybe there is a contract that could work for both sides.

This much we know: Wainwright will continue to work toward a better world. That's not a baseball thing.

Kindred: Redbirds 'crabby' in quest for focus after big win

There is a shelf life on the “feel good” in “feel good victory.” That was made clear Tuesday morning at Illinois State football practice, wher…

Kindred: Another ace in the hole for Normal man

Ron Aeschleman and his buddies had a drink Tuesday following their round of golf. It’s often what golfers do, especially on a hot day.

Kindred: 'Game we once knew' returns in Big 12

It is premature to celebrate when you’re four weeks into a nine-week regular season. We’re doing it anyway here in our corner of the newsroom.

Matthew Cooksey crafted a game with his face and footprint Friday, piling up 365 all-purpose yards and scoring four touchdowns in a 36-28 over…

Hot Or Not: Justin Fields will be next rookie QB to get first career win?

Cardinals starting pitcher Adam Wainwright delivers a pitch against the Cubs during the first inning Friday in Chicago. A free agent after this season, Wainwright has made an impact off the field that extends well beyond St. Louis and baseball. 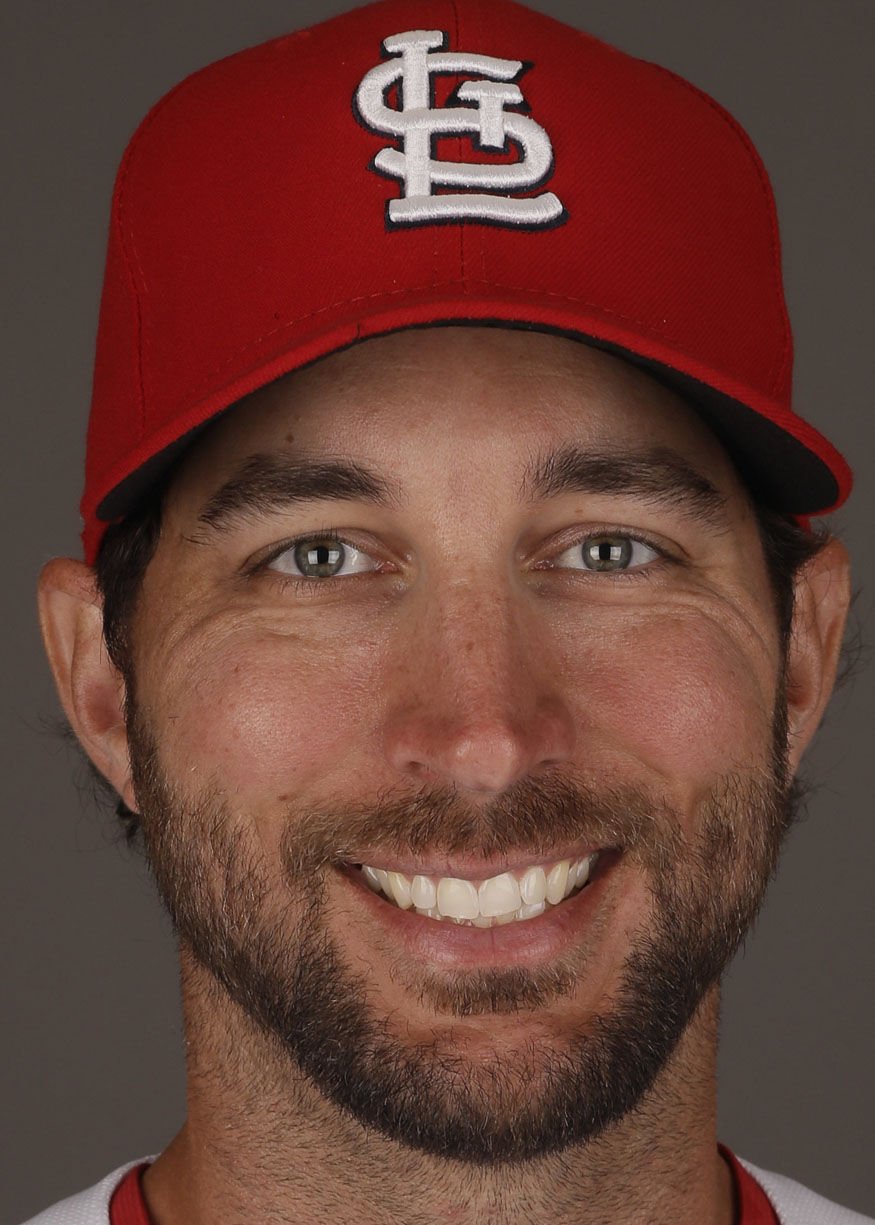