Become a Member
Read Today's E-edition
Share This
Kindred: Cubs, Cards flags get benched. Is it time to wave a white one?
0 Comments
Share this

Vote for The Pantagraph Week 5 Football Player of the Week 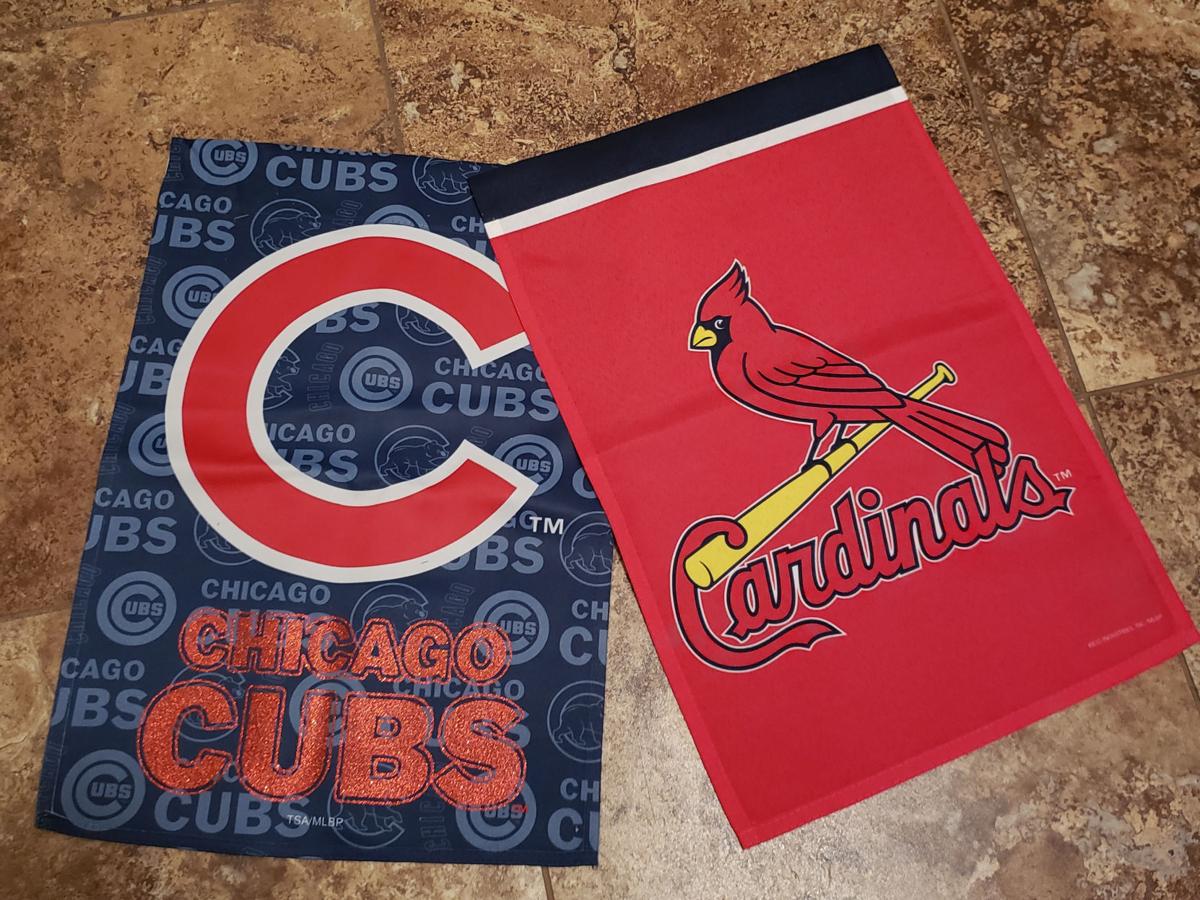 The Cubs and Cardinals garden flags have been "demoted" to the Kindreds' laundry room. Should they be allowed to go outdoors again, or do we wave a white one given the play of both teams? 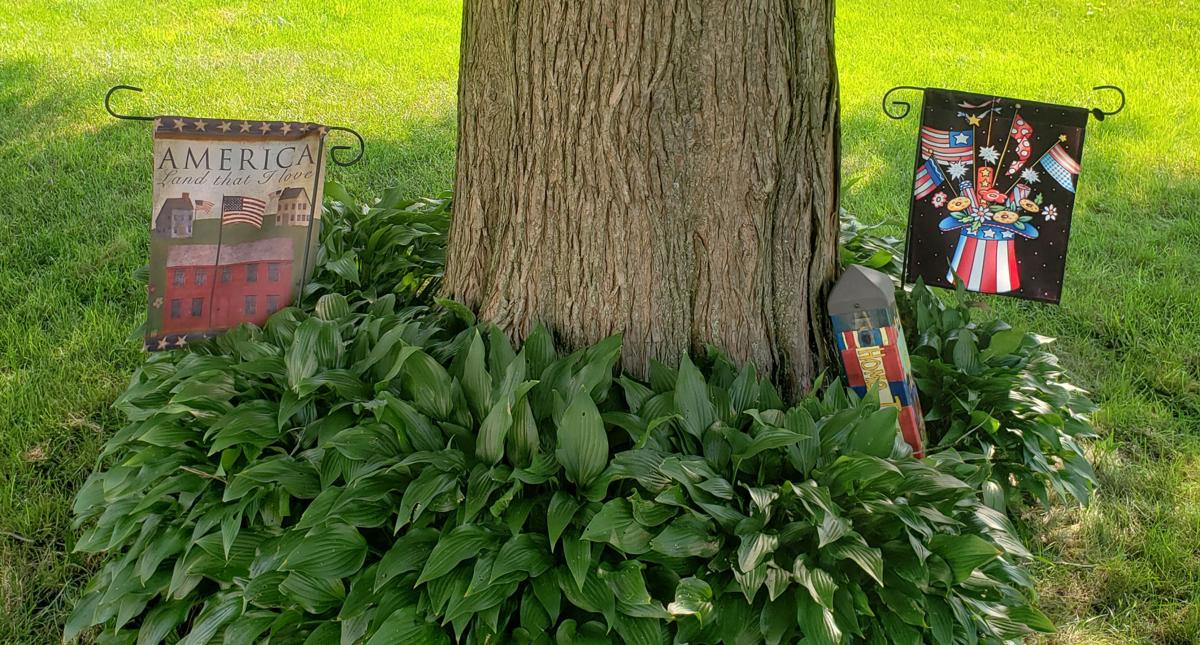 For several summers, the bald cypress in the backyard has been flanked by rival “garden” flags … one Chicago Cubs blue, the other St. Louis Cardinals red.

We are a split household when it comes to baseball. My wife is a Cubs fan. It’s worked out nonetheless, and in April we celebrated our 40th anniversary.

By the end of last season, the flags were showing wear. Faded by the sun and shredded by the fickle Illinois winds, they needed to be upgraded. So this spring, new versions were purchased and hung alongside the bald cypress.

They’re in the laundry room. There could be worse places presumably, but when you’re a garden flag, if you’re not outdoors you’re nowhere.

It was caused in part by the annual Fourth of July bash, held on July 3 (Saturday) this year to accommodate work schedules. They were taken down pre-party and replaced by patriotic flags.

By Tuesday morning, the holiday weekend was over. The baseball flags remained inside and may be there indefinitely.

Life as a garden flag is rough. You’re judged not so much on who you are, but what you represent. These two have it especially rough in that regard.

As the sun rose and shined brightly Tuesday onto the bald cypress, the Cubs were 8.5 games out in the National League Central Division and had lost 10 in a row. The Cardinals were 9 games back and, in a recent 13-game stretch against last-place teams, went 5-8.

Better to hear Steve Harvey shout, “Survey said!” than to watch the Cubs go 0 for 11 with runners in scoring position, or the Cardinals bullpen walk batters, hit batters and then hit bats on the barrel.

After last year’s 60-game virus-shortened schedule, we were excited for a full season. Who knew it would feel so long by early July?

We need some time away and thankfully, next week we’ll get it. The All-Star break will be a respite from Jake Arrieta belt-high fastballs and Paul DeJong strikeouts.

Maybe a short break is all this is for the flags. Maybe after a few days it won’t be so depressing to see them fluttering in broad daylight.

Optimists would say they deserve another chance and insist the Cubs and Cardinals do as well. They point to injuries and blame them largely for the struggles.

The reality is every team has had injury issues in this first full season back. The successful ones have had the depth and savvy to deal with them.

Arguably no team has lost more key players than the White Sox, yet they entered Tuesday night’s game at Minnesota 14 games above. 500 and with a six-game lead over Cleveland in the American League Central.

Is the AL Central a weak division? You bet. But the NL Central is no powerhouse, and the Brewers appear poised to run away from the bungling pack.

The talk in Wrigleyville has been whether the Cubs would be buyers or sellers at the upcoming trade deadline. The losing streak has shifted that heavily toward sellers. The Cardinals may have to be as well.

Closer to home, as in the laundry room, we must decide if we’re sellers. Do the flags go back out to play, or do we wave a white one and put them on the market?

Truth is we won’t do it. We’ll keep them around, likely have them outdoors in a week. We’ll watch more games than we should and curse their inadequacies. And deep down, we’ll believe it’s bound to get better.

Fandom is rooted in faith, much of it blind. So we’ll stick with our teams and with each other.

We’ve heard about perfect games in baseball, softball. A pitcher who fires a complete game without allowing a baserunner is said to be perfect.

When Doug Higgins burst onto the University of Illinois football scene in 1987, then-Illini coach Mike White referred to the freshman walk-on …

Gary Johnson had been counting down the days until his son’s senior football season at Central Catholic High School. When the Bloomington dent…

Rickey Jackson, playing with a heavy heart, went out and delivered a heart-pounding performance in the 1990 Missouri Valley Conference Basketb…

For nearly all of our 40 years together, my wife Martha and I have hosted a Fourth of July party for family, extended family, friends, acquaintances, cats, dogs and the occasional drifter.

Kindred: ‘I have to do this’: Tony Griffin keeps coaching during cancer fight

Griffin, 59, was head girls coach at Heyworth High School for 16 years. He was diagnosed with cancer after taking over as eighth grade girls coach at Tri-Valley.

Amber May knew all along she should not give up softball pitching.

What kind of swimmer was a young Patrick Kinas? Subpar is a good word. Terrified works, too.

Simone Biles made headlines Tuesday. That’s what happens when the best gymnast in the world, arguably the best ever, reminds us she is human.

The Cubs and Cardinals garden flags have been "demoted" to the Kindreds' laundry room. Should they be allowed to go outdoors again, or do we wave a white one given the play of both teams?