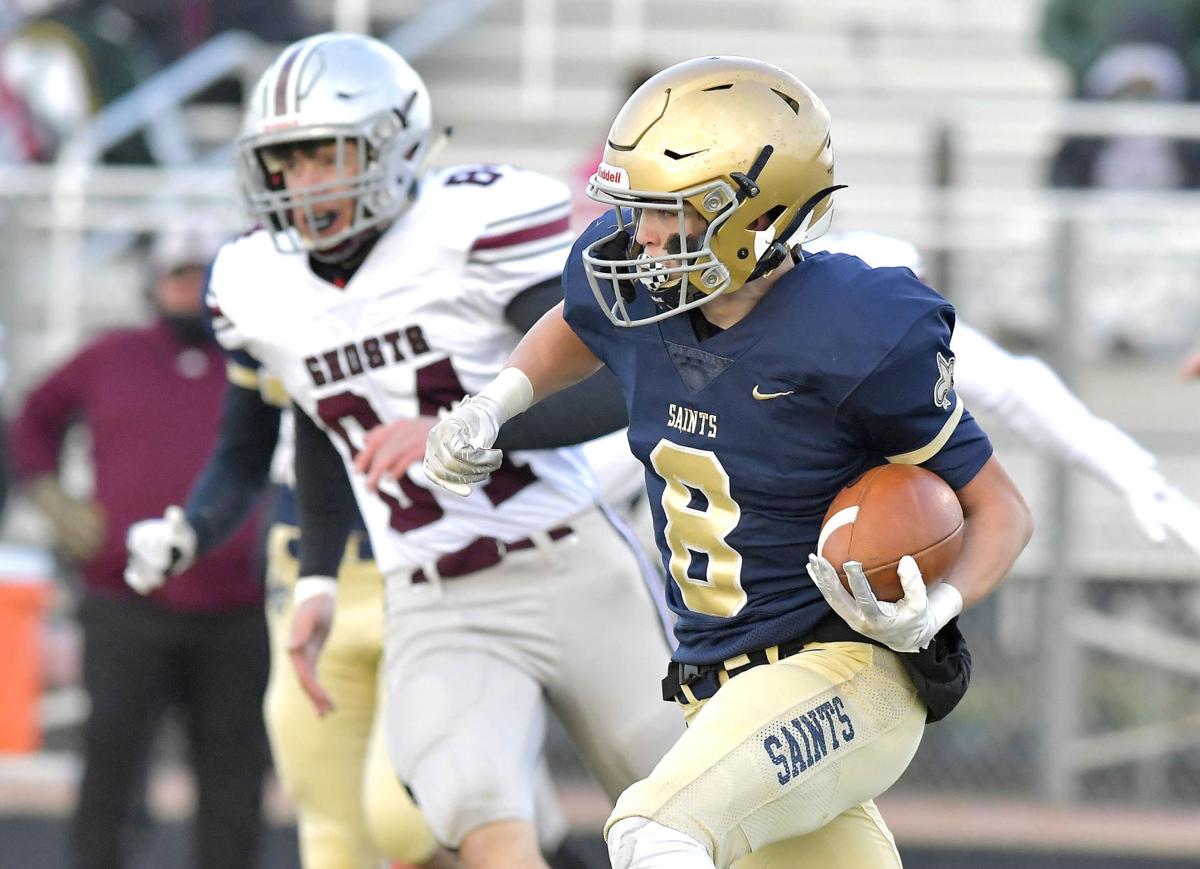 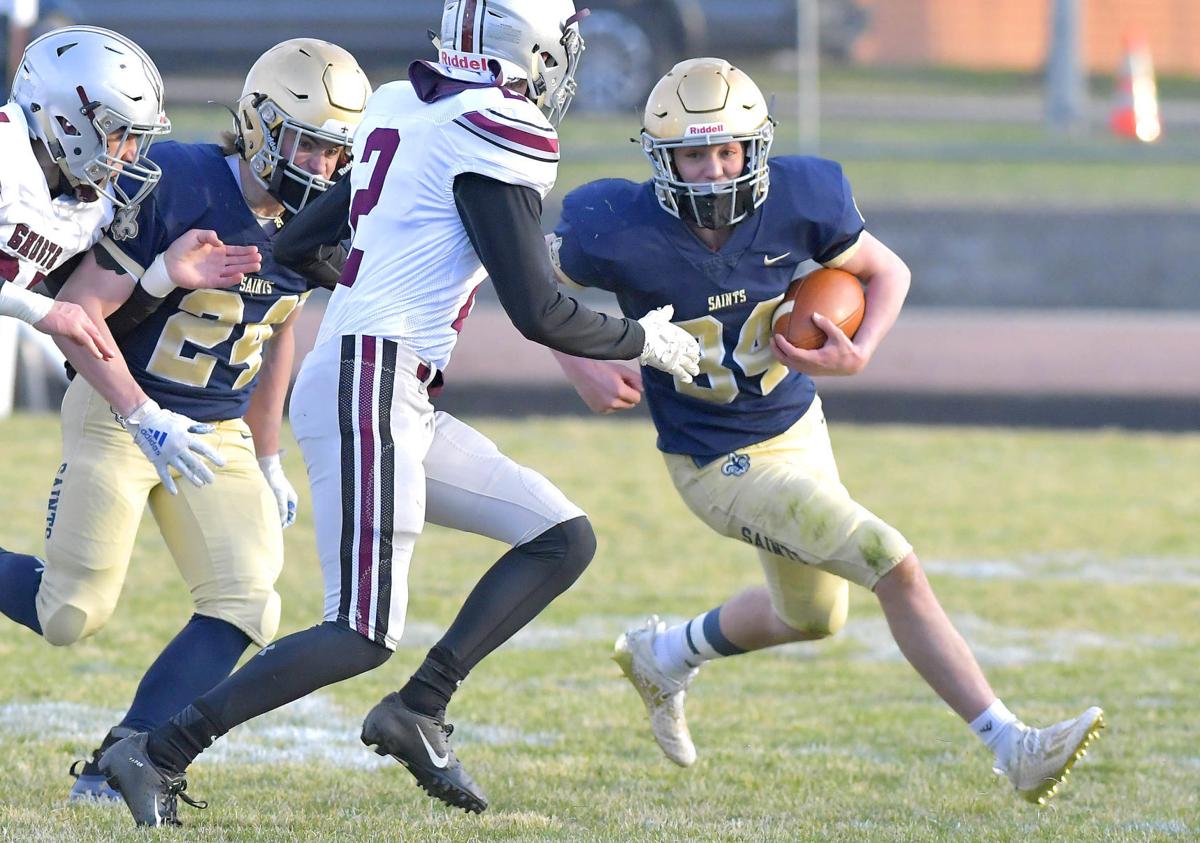 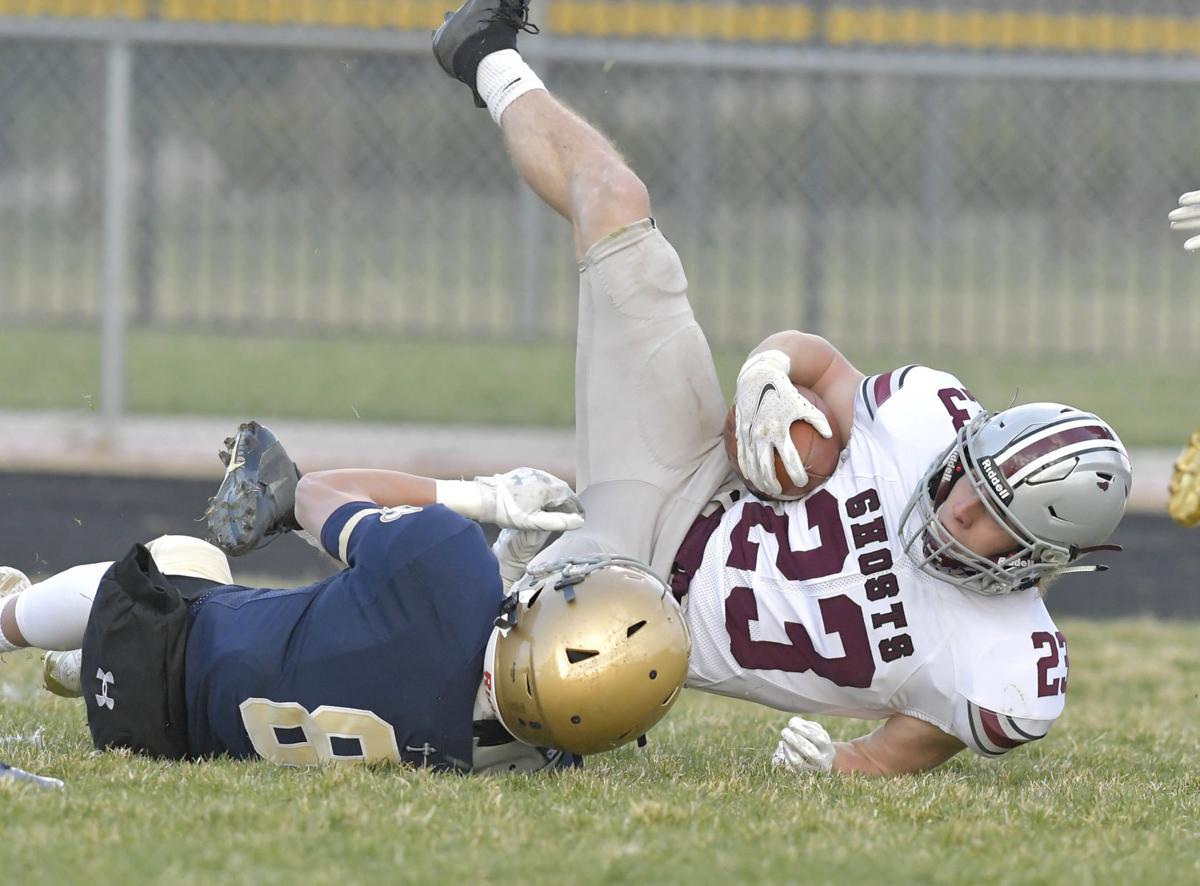 Yet Braucht was quick to label them “small wins. That wasn’t the performance I would like to put on from a competitive standpoint.”

Many of the Saints’ highlights came on special teams.

“Actually, we worked a lot on special teams in the two days we had,” said Braucht. “We felt like we were superior in the kicking game on both sides.”

IVC scored one huge special teams win late in the first quarter when Peyton Feldman blocked a Broadbear punt and Aiden Carder ran it back 26 yards for a touchdown.

Ian Whitaker rushed for 89 yards and Jake Slaughter 80 for the Saints, who finished with 219 yards of total offense.

“That’s a good team. We knew they had a lot of offensive weapons,” Braucht said. “The thing I’m probably most disappointed about is this is the first game since we’ve been here we weren’t really competitive.”

Jack Merlo rushed for 135 yards and two touchdowns on 24 carries for the Ghosts. Quarterback Nolin Hulett completed 11 of 15 passes for 165 yards and two TDs.

“We tried to emphasize the running game this week because we haven’t had much of one,” said IVC coach Tim Heinz. “I thought our running backs and offensive line did outstanding. It started there and then we could work the rest of our offense.”

Central Catholic registered second-half touchdowns on a 1-yard run by Slaughter and a 9-yard pass from freshman Colin Hayes to Matthew Trosino.

“I like how we played the second half,” Braucht said. “We’ve got to get better.”

Watch now: Balanced IVC offense too much for Central Catholic

The long wait for its first victory was worth it for Central Catholic's football team as the Saints raced past Pontiac.

Can The New York Yankees cover the 1.5 spread?

Will Florida's Anthony Richardson be ready vs. Alabama?

Will Florida's Anthony Richardson be ready vs. Alabama?

Why are three undefeated teams ranked lower than they should be?

Why are three undefeated teams ranked lower than they should be?