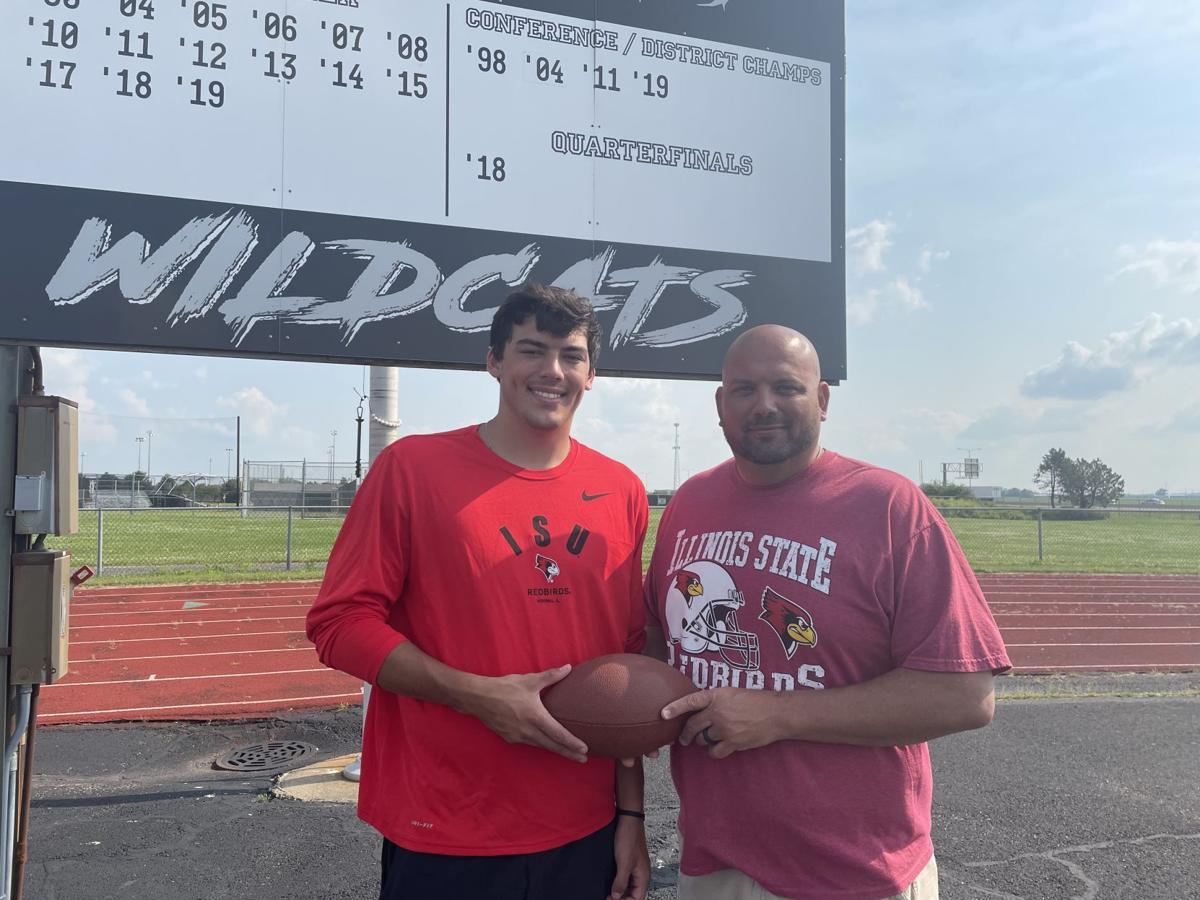 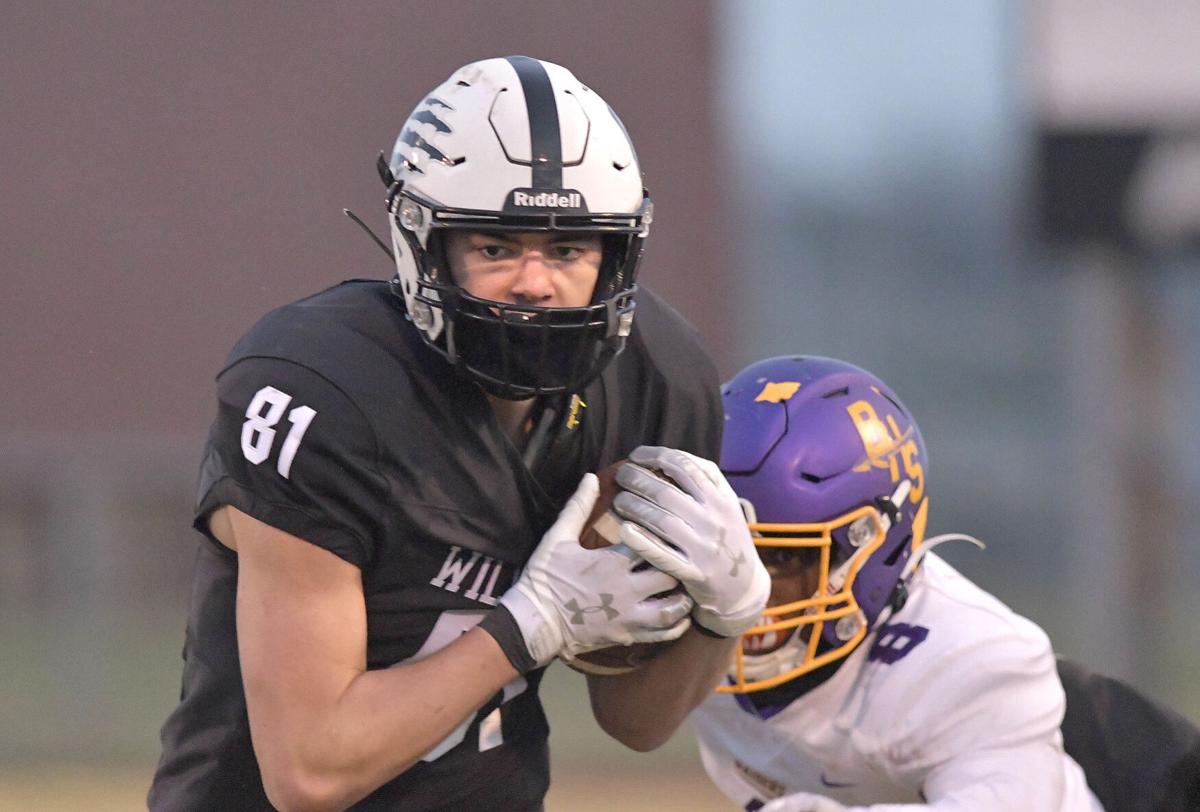 Normal West receiver Max Ziebarth (81) evades Bloomington defensive back Tre Jenkins (8) as he hauls in a 87-yard touchdown strike from quarterback Kolton Lindsey as the Wildcats open the scoring in the first quarter at West, Friday. For the story, plus more photos and video from that game, plus scores and stories from around the area, go to pantagraph.com/sports. 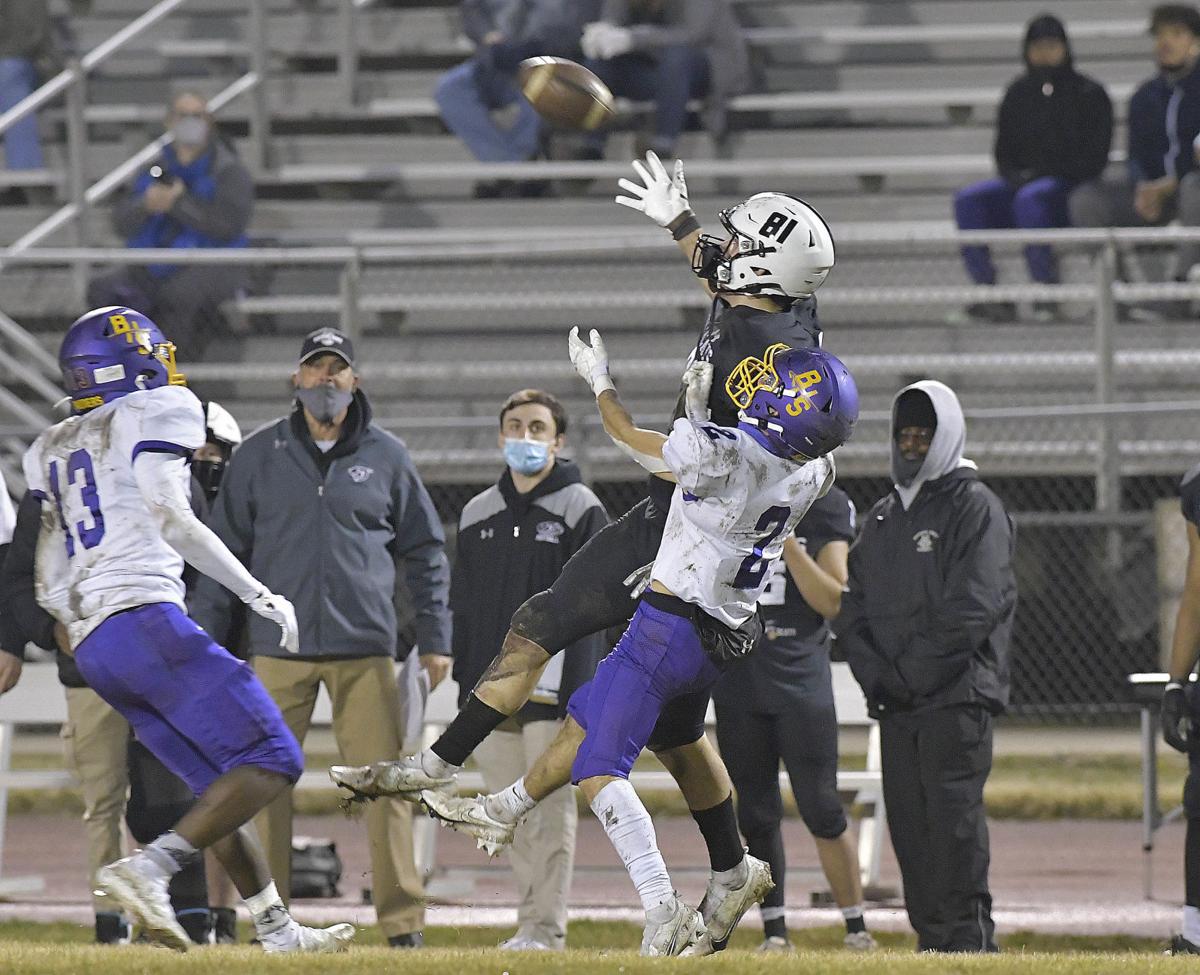 NORMAL – Max Ziebarth says he learned his work ethic from his father, Andy.

Max also picked up a liking for the color red and the talent to play Division I football.

The younger Ziebarth, a standout tight end at Normal West High School, has accepted a scholarship offer from Illinois State.

After his upcoming senior year at West, Ziebarth will play at Hancock Stadium where his father was a three-time Gateway Conference all-star in the 1990s for the Redbirds.

“Watching ISU for all these years, their whole program competes every year in the Missouri Valley. They are improving each day and getting an indoor practice facility built,” Max said. “I met with all the coaches and love them. I met my teammates and I could communicate with them. They’re nice and friendly.”

The 6-foot-5, 230-pound Ziebarth, who also had scholarship offers from Eastern Illinois and Bucknell, caught 16 passes for 255 yards and two touchdowns for West in the five-game spring season.

“I can see myself there. I had a real good connection with Coach Irvin,” Ziebarth said of ISU co-offensive coordinator and tight ends coach C.J. Irvin. “I realized later in the recruiting process that I felt like I wanted to stay closer to home so I could see my family and friends. But I’ll still be out of the house and enjoying college.”

Andy Ziebarth was a first team all-Gateway offensive lineman in 1994 and ’96 and a second team pick in ’95.

“He’s been my role model, someone I looked up to,” said Max. “He taught me everything you want you have to work for. He’s one of the hardest workers I know, and he’s instilled that in me.”

The elder Ziebarth saw a couple old friends when he joined his son on an unofficial visit to ISU.

In his second stint with the Redbirds, Harold Etheridge was Andy’s offensive line coach in the ‘90s. Defensive coordinator Travis Niekamp was a teammate of Andy’s at ISU.

“I don’t think he had to guess that hard on where his Dad would love to see him play, but it really truly was his decision,” Andy said. “It was all driven by Max. The recruiting process is so much different than it was 30 years ago when I played. He did a great job assessing what the opportunities were and making the best decision.”

West coach Nathan Fincham believes ISU is a “great fit” for Max. Ziebarth will serve more in a tight end role in the coming season with the graduation of standout tight end Corey Walker, who is playing at Western Michigan.

“He does extremely well academically and works very hard in the weight room and on the practice field at getting better,” FIncham said. “He played wide receiver for us for two years, and some of his best work was when he was working out of the slot and finding ways to get open.

"With his size and athleticism, you can have some nice matchups in the middle of the field with a linebacker.”

Max also registered 11 tackles, a forced fumble and a sack while rotating in at defensive end for West this spring.

“We anticipated him just being on offensive guy, but he jumped in on defense and was an impact player for us,” Fincham said. “He does it all.”

Max Ziebarth and Fincham both see ISU utilizing Max in a similar manner as the Wildcats.

“On my official visit we watched a lot of film. They said they were going to split me out wide, play me on the line and use me in play action,” said Max. “I’m really excited for how they are going to use me. Seeing how they use their other tight ends, I think it’s a good fit for me.”

Max also is a starter on the Wildcats’ basketball team.

“Early on, I leaned more toward basketball when I was a lineman,” he said. “Once I started playing a skill position, I realized I had a lot of talent and this might be better suited for me. Around my freshman year, I could tell I could take this far.”

“He developed different movement skills, different agilities that translated well in both sports,” said Andy. “That really helped him develop as an athlete, absolutely.”

Andy is certainly pleased his son will be following in his gridiron footsteps.

“The fact I’m going to be able to watch my son play for a team where I have a teammate and a previous coach makes me excited,” he said. “Plus to be a Redbird and carry on that tradition.”

More future Redbirds: Ziebarth is among five known high school seniors who have committed to sign with ISU.

COMMITTED🤞🏾@RedbirdFB @RedbirdRecruits
thank you to everyone that got me here. but this is just the beginning... pic.twitter.com/5VDLwNAu5g

Normal West's tall receivers had a big night in the win over Bloomington.

Normal West had a chance to tie or go ahead in the final two minutes but came up short in a Big 12 Tournament semifinal loss to Peoria High.

Jacob Albertson was acting like a quarterback — but instead of throwing a pass was hurling a grenade during National Guard basic training this summer in Fort Benning, Ga.

Normal West receiver Max Ziebarth (81) evades Bloomington defensive back Tre Jenkins (8) as he hauls in a 87-yard touchdown strike from quarterback Kolton Lindsey as the Wildcats open the scoring in the first quarter at West, Friday. For the story, plus more photos and video from that game, plus scores and stories from around the area, go to pantagraph.com/sports. 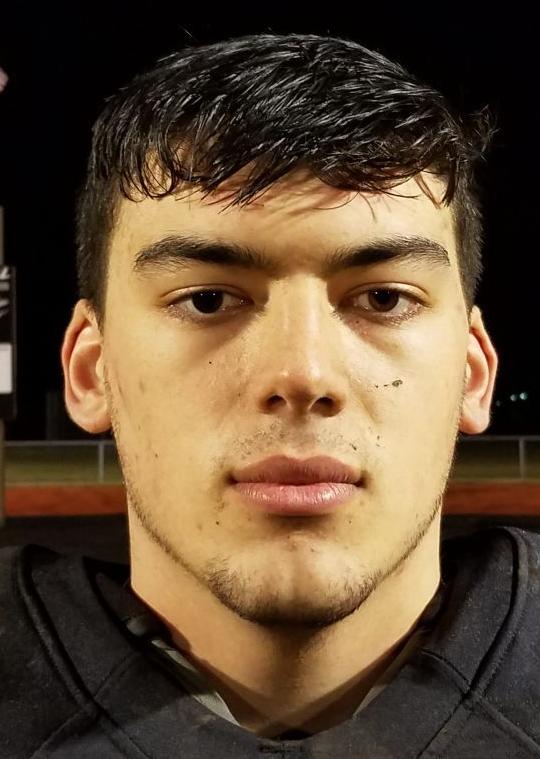