LENA — Trailing 8-6 at halftime, Ridgeview-Lexington was about to receive the second-half kickoff in Saturday's Class 2A semifinal playoff game. The big crowd that traveled from Colfax and Lexington was understandably optimistic.

Instead of going down the field to take the lead against Lena-Winslow, though, the Mustangs ran three plays and had to punt.

"They're a physical team, and they hit hard and run hard," said Mustangs' All-State halfback Kaden Farrell. "We tried to come out and punch them in the mouth, but it didn't come out in our favor."

The Panthers, winners of four of the last 10 Class 1A titles, flexed their muscles after halftime. Marey Roby ran for 110 of his 151 yards in the second half as No. 5-ranked Lena-Winslow earned a 28-12 victory that ended Ridgeview-Lexington's magical postseason run.

The Mustangs, a No. 13 seed entering the playoffs, finished with an 8-5 record. More than that, they ended with memories for a lifetime.

"We really paved the way for the future of Ridgeview-Lexington football," said senior quarterback Carter Coffman. "We've been in the dumps for years, but we came out and played an excellent football team and showed them we can play. We might not have won, but I'm proud of my team."

Veteran coach Hal Chiodo, who came out of retirement to lead the Mustangs to the verge of the state championship game, was equally proud.

"The crowd Lexington and Colfax brought today was incredible. They were making a lot of noise," said Chiodo. "We really feel we pulled the co-op together. We've got a ton of these guys back next year, and we've got a great opportunity again next year to have a great season."

Lena-Winslow (12-1) was intent on stopping the Mustangs' devastating running game. They held Ridgeview-Lexington to 86 yards on the ground and bottled up Farrell, holding him to 43 yards on 16 carries.

Coffman and Alex Thomas did have some success in the air, throwing for 146 yards. But Lena-Winslow had two interceptions and a recovered fumble to stop the Mustangs and advance to Friday's championship game against No. 1 Carrollton in DeKalb.

"Our interior seven guys really did a great job shutting down their All-State running back," said Lena-Winslow head coach Ric Arand. "We gave up some passing yards and a big play at the end, but we had a couple picks and making them one-dimensional is all we can do."

Lena-Winslow took an 8-0 lead when quarterback Luke Benson scored on a 1-yard run and then ran for the conversion with 10:57 left in the second quarter.

Ridgeview-Lexington had a touchdown pass to Logan Friedmansky called back because of an ineligible player downfield. But the Mustangs got a break when a high center snap led to a short Lena-Winslow punt with 36 seconds left in the half.

Coffman ran for 20 and 4 yards before sneaking in from the 1 with 17 seconds left to cut the gap to 8-6. The conversion pass failed.

Lena-Winslow showed on the Mustangs' first series of the second half mounting a rally wasn't going to be easy.

"We had a very hard doing anything against them," said Chiodo. "We were scrambling to get any consistency. They're a great football team and it was like running against a brick wall all day."

Ridgeview-Lexington seemed to catch a break when Roby was hit hard and fumbled. After a scramble, the Mustangs' Cale Hoffman emerged with the ball. But the officials ruled Lena-Winslow recovered.

"He (Hoffman) obviously fell on the ball and it was ripped away from him in the pile," said Chiodo. "It was probably 20-30 seconds elapsed there. I just don't agree with that call at all."

On the next play, Roby busted up the middle for a 20-yard touchdown run. A successful two-point pass from Benson to Brody Mahon put the Panthers ahead, 16-6, midway through the third quarter.

Benson, who threw only one pass, ran for a 7-yard TD on a fourth-and-two early in the fourth quarter for a 22-6 lead.

Ridgeview-Lexington didn't quit. Thomas hit Ben Peacock on a crossing pattern and the senior dodged a couple tacklers to complete a 38-yard touchdown that cut the deficit to 22-12 with 9:11 left.

After forcing a punt, the Mustangs lost a fumble at midfield. Lena-Winslow chewed up the clock and Roby's 5-yard run capped the scoring with 57 seconds left.

"I'm ecstatically proud of everybody and how they worked and worked hard," said Ridgeview-Lexington's other All-Stater, offensive lineman/linebacker Evan Antonio. "We held them to a close game for a while. We did our best."

Photos: A tearful ending to a storybook Ridgeview-Lexington season

For results and coverage from Tri-Valley's Class 2A semifinal loss at Wilmington, go to pantagraph.com/sports.

Watch now: Ridgeview-Lexington proves it is not to be taken lightly entering state semifinal

Ridgeview-Lexington is one win away from the 1A state title game.

IHSA Football Playoff semifinals scores from around the state

Check out IHSA football playoff scores from around the state. 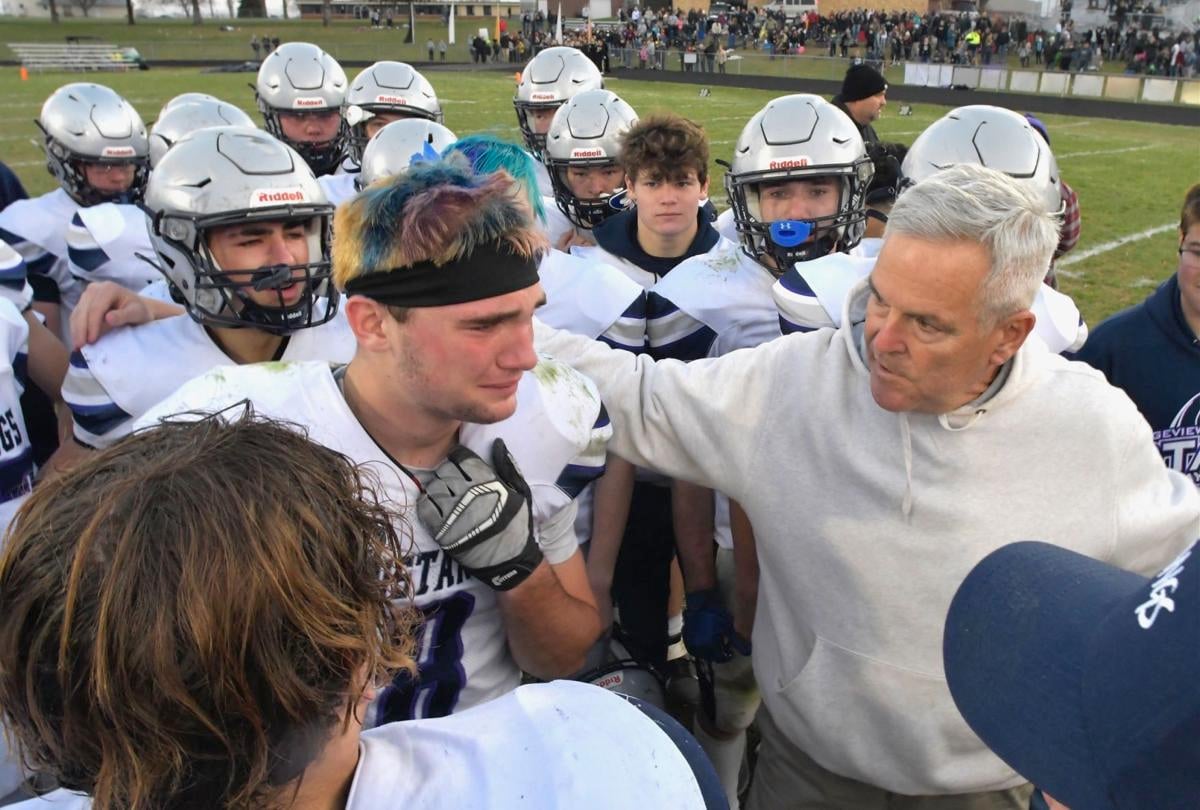 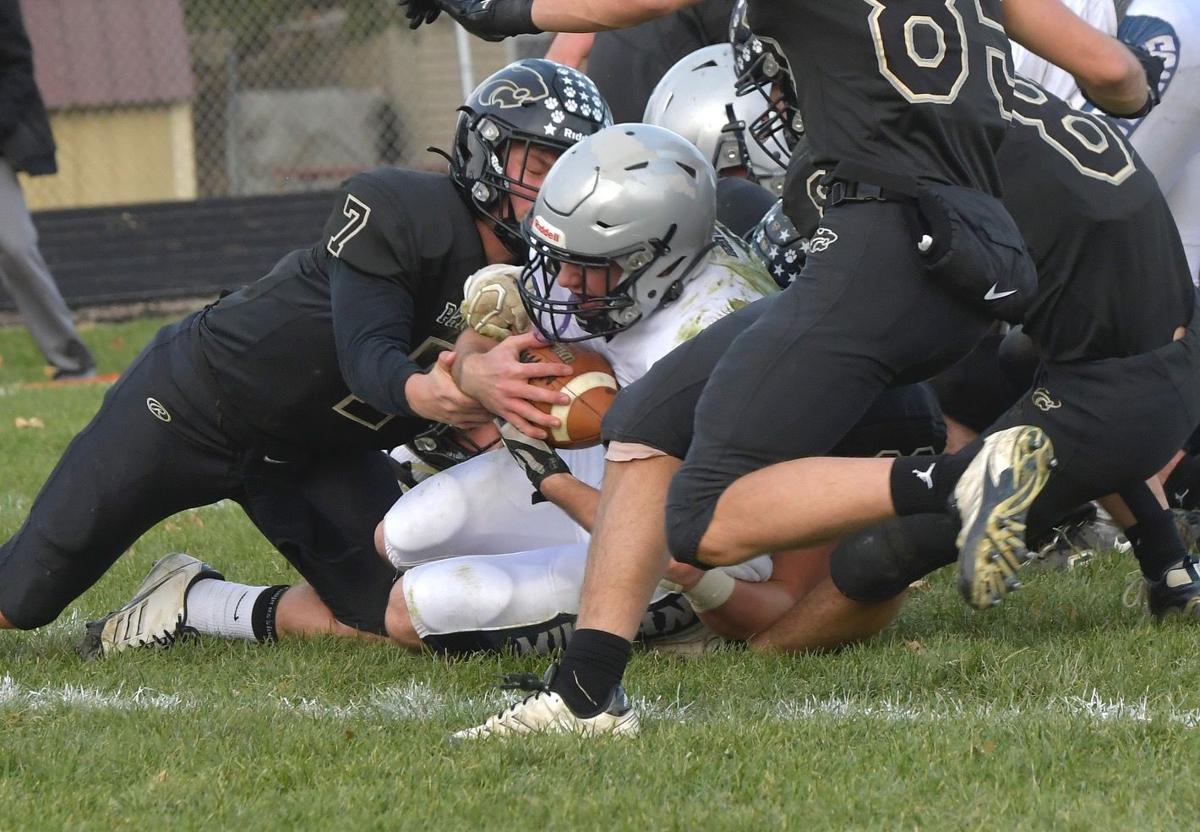 Ridgeview-Lexington's Carter Coffman was stopped just short of the goal line by Lena-Winslow during Saturday's Class 1A semifinal playoff game Saturday at Lena. 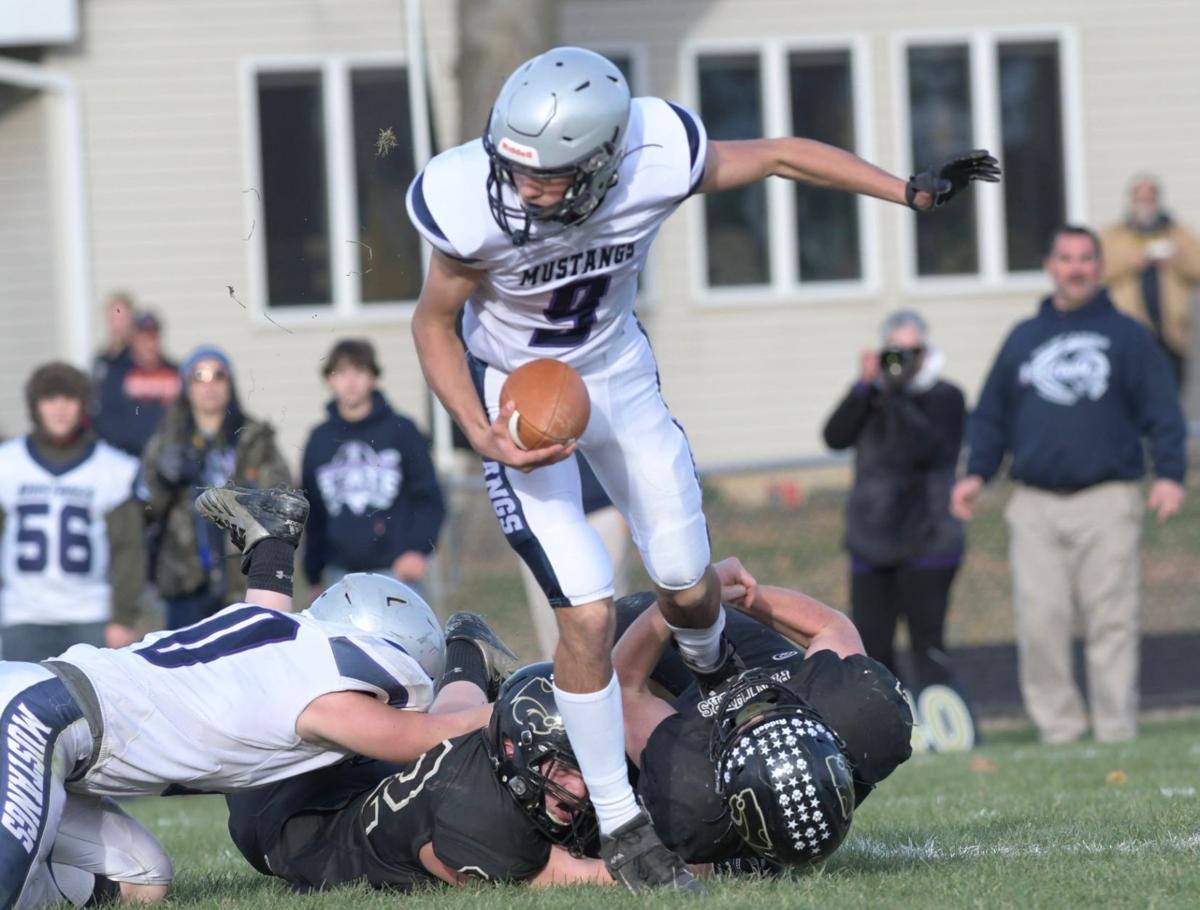 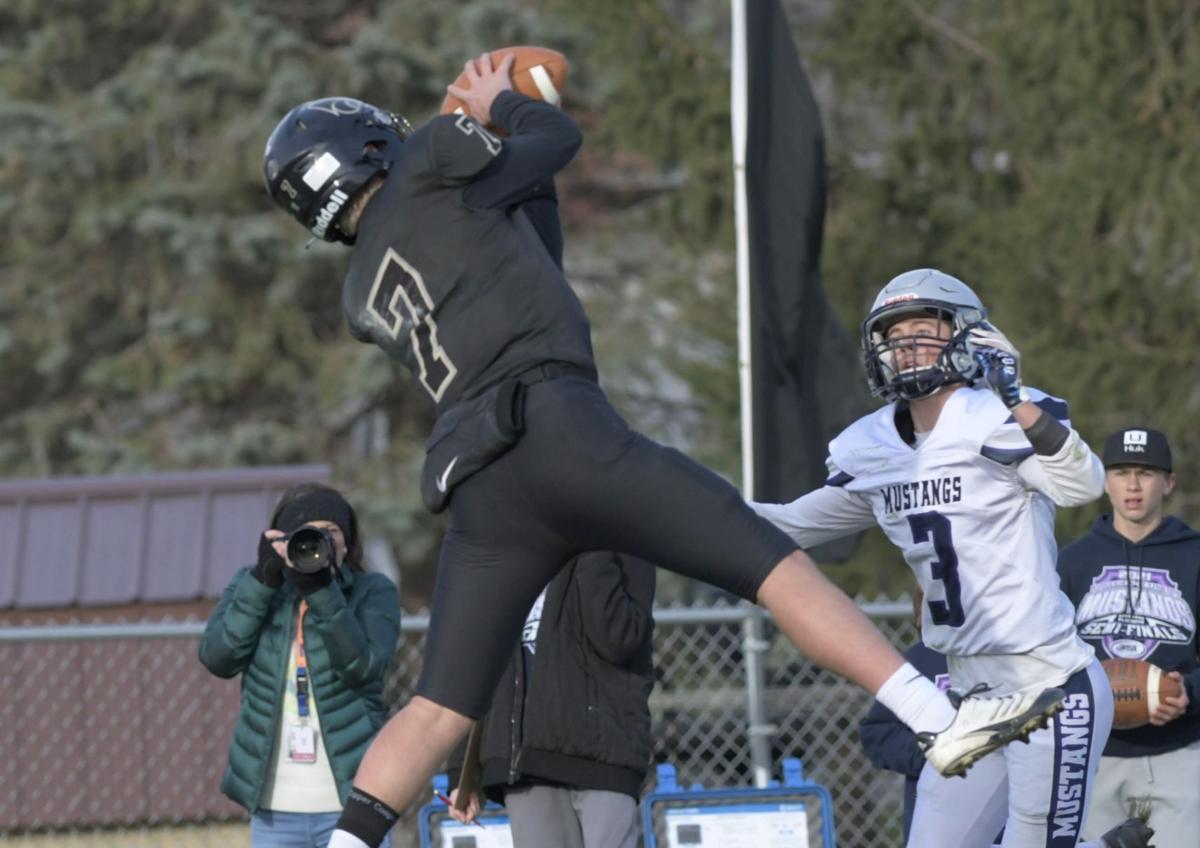 Lena-Winslow's Luke Benson makes an interception for a pass intended for Ridgeview-Lexington's Ben Peacock during Saturday's Class 1A semifinal playoff game at Lena.