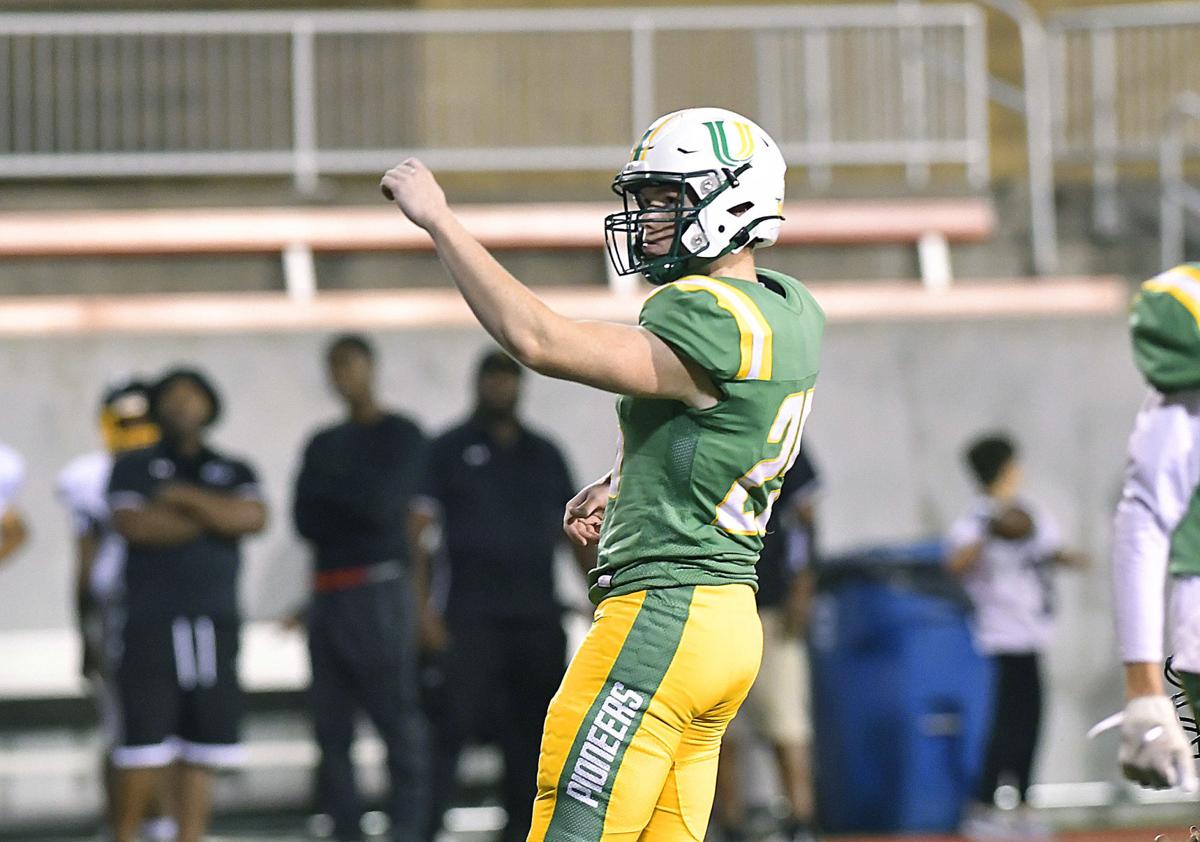 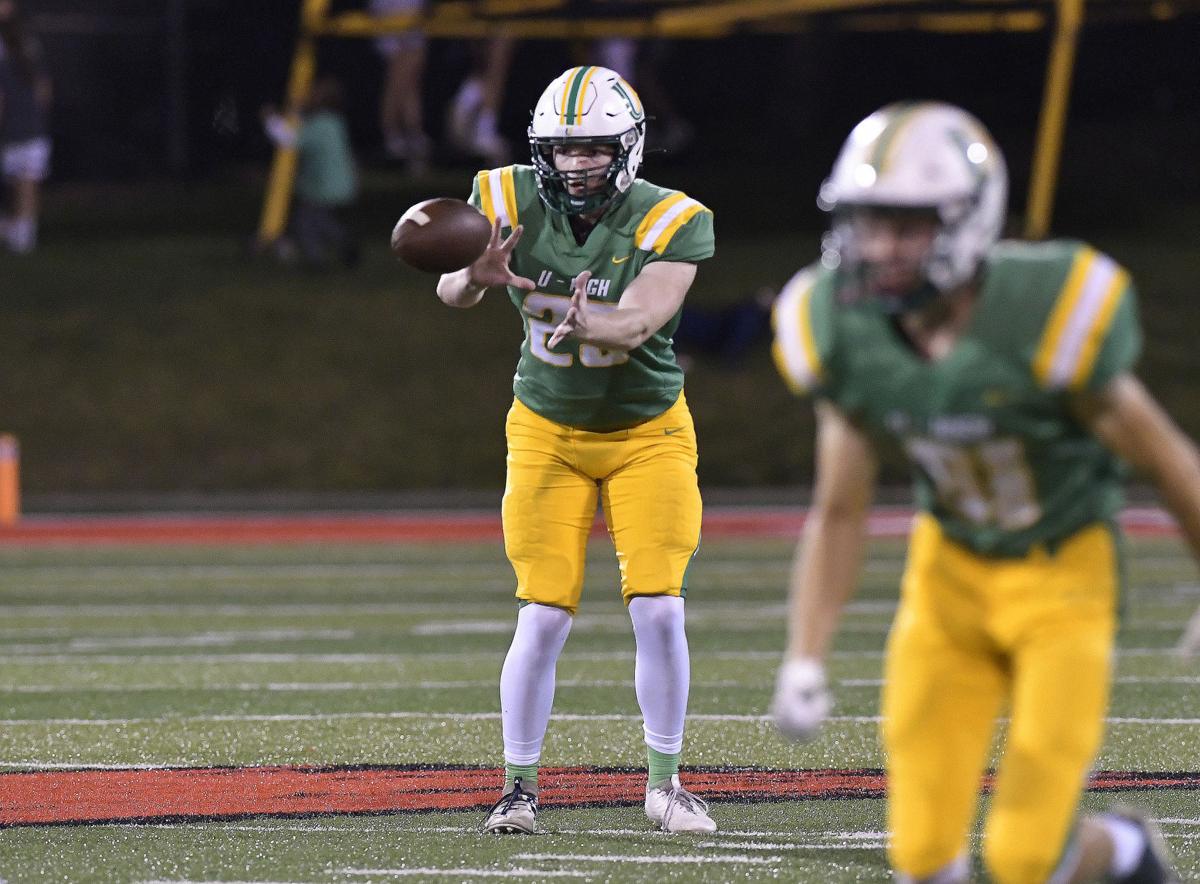 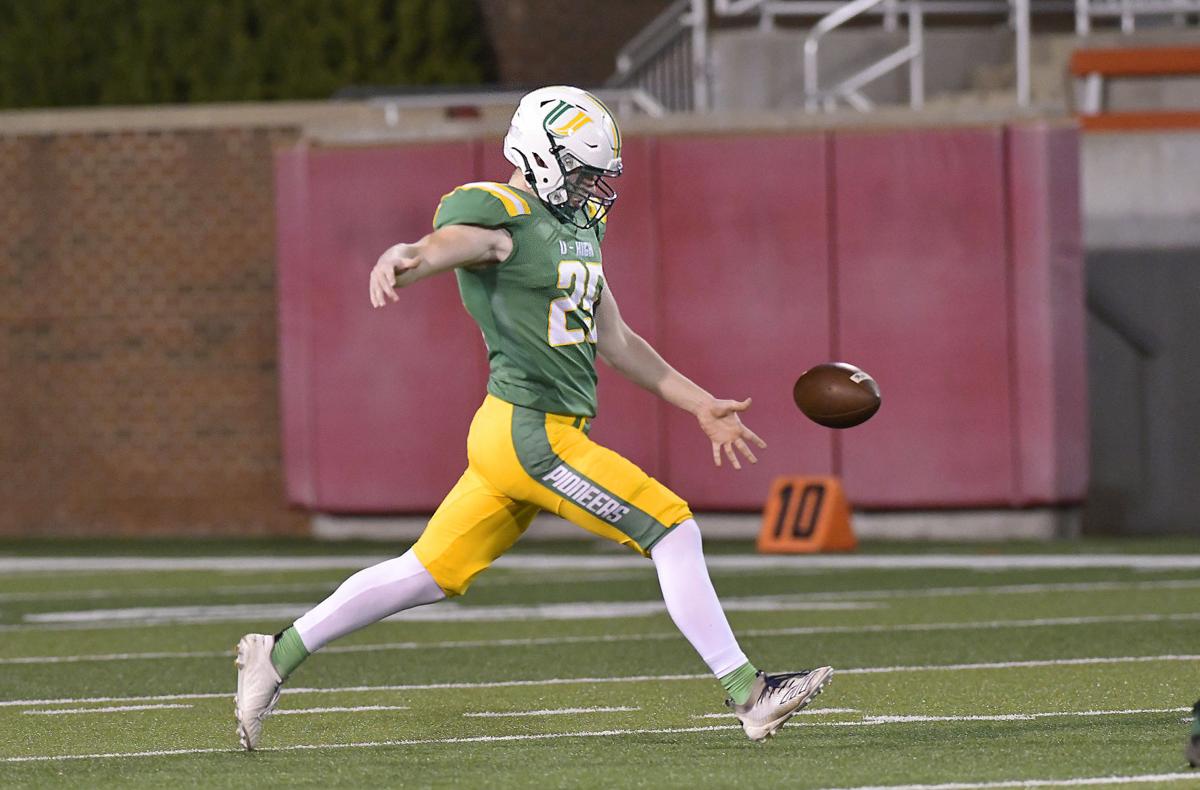 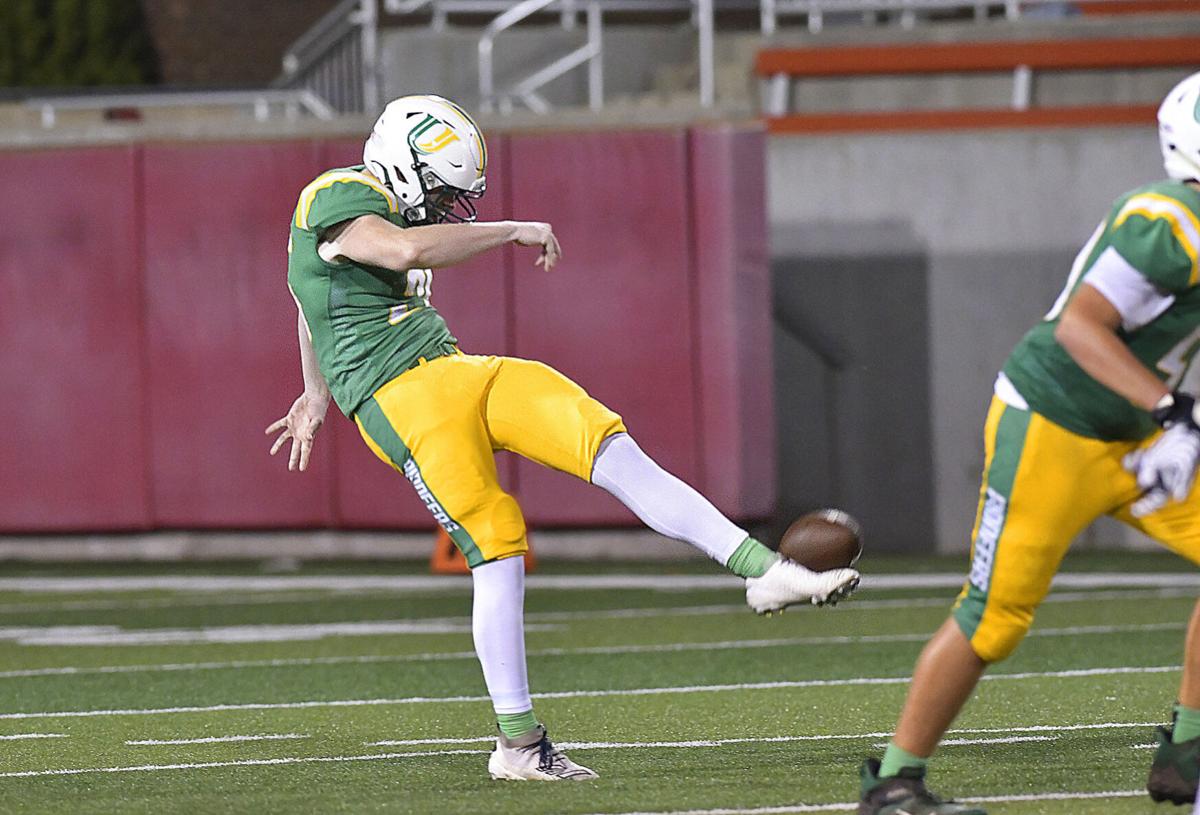 NORMAL — Decatur Eisenhower’s Jorden Jones Thomas stood with his heels inches from the goal line of Hancock Stadium’s south end zone and reached as high as he could for the approaching football only to see the kickoff of University High’s Declan Duley soar a few feet over his fingers for yet another touchback.

As a frustrated Jones Thomas trotted back to his sideline, the value of Duley’s powerful leg became even more apparent.

“Kicking it into the end zone consistently is huge, pinning them on the 20 every time,” said U High coach Brody Walworth. “And his two field goals … It makes calling plays on third and long a lot easier when you’re in field goal range.

"You can be a little more safe and not just try to chunk it. He’s a great weapon to have. We’re fortunate to have him.”

Duley also drilled field goals of 42 and 28 yards to help the Pioneers improve their season record to 3-4.

“It feels amazing getting out here on homecoming,” Duley said. “It’s such a special feeling. We won as a team. It was a good game.”

Duley also misfired on a 53-yard field goal try as “mistakes with the operation” contributed to the kick falling short. “But in the end it didn’t go in. Not a big deal. We still won the game and still had a great time.”

The three field goal tries were most welcome. Duley’s only previous field goal attempt this season was a successful 43-yard try against Decatur MacArthur.

Walworth believes his junior kicker-punter has college level ability. “If it’s not, I would love to see what is,” said the U High coach.

“Absolutely, that’s the dream,” said the 6-foot-2, 200-pound Duley. “I just want to play Division I football. Just thinking about it feels great.”

Kohl’s Kicking has Duley rated as a five-star punter and ranks him fourth nationally at the position. The respected camp lists Duley as a four-star kicker.

Recruiting interest has been a bit slow thus far as college coaches typically concentrate on junior position players before turning to specialists.

Duley will visit Michigan State on Oct. 30. “I’m excited for that,” he said.

“I would guess it’s being a junior,” said Walworth. “Because of the COVID year, all those super seniors stayed. So everyone’s recruiting classes are a little funky. They’re just behind recruiting juniors in general.”

At 3-4, U High still has a path to five wins and playoff consideration with two games remaining. Yet that path is a journey fraught with peril.

U High travels to Springfield on Friday to face Sacred Heart-Griffin, the No. 2-ranked team in 4A. The Pioneers then close the regular season on Oct. 22 at home against Rochester, the No. 1 team in 5A.

“We’re still going to come out here like any other game,” said U High tailback/linebacker Bronson Moeller. “We have to work a little bit harder in practice and work our butts off and try to get that win.”

Walworth wants to end his first season as Pioneers coach on a positive note whether that comes in victory or defeat.

“Our goal all year is to try to get better every week. In games we got blown out, there were a lot of unforced errors on our part,” Walworth said. “I didn’t think those teams were 40 points better than us. It doesn’t matter who’s on the schedule. It really is about us.

“We know SHG is great, and we know Rochester is great. We’ll put a plan in and work hard. We’re not going to sit around and accept that we’re going to get beat before we walk on the field. I don’t believe in that. That’s part of what we’re trying to build from a program perspective.”

The U High coach welcomes the rugged challenges the Central State Eight Conference is throwing his team’s way.

“Playing some of the best competition in the state is what I came here for,” said Walworth. “I expect us to go out there and challenge both of those teams with everything we’ve got.”

Watch now: 7 things you need to know about Week 7 in high school football

🏈 Forfeits have popped up in high school football this fall, mainly because of COVID-19 issues, and could affect if teams qualify for the playoffs.

Highlights and photos from Week 8 games in The Pantagraph area, including Olympia at Central Catholic and undefeated Normal Community hosting … 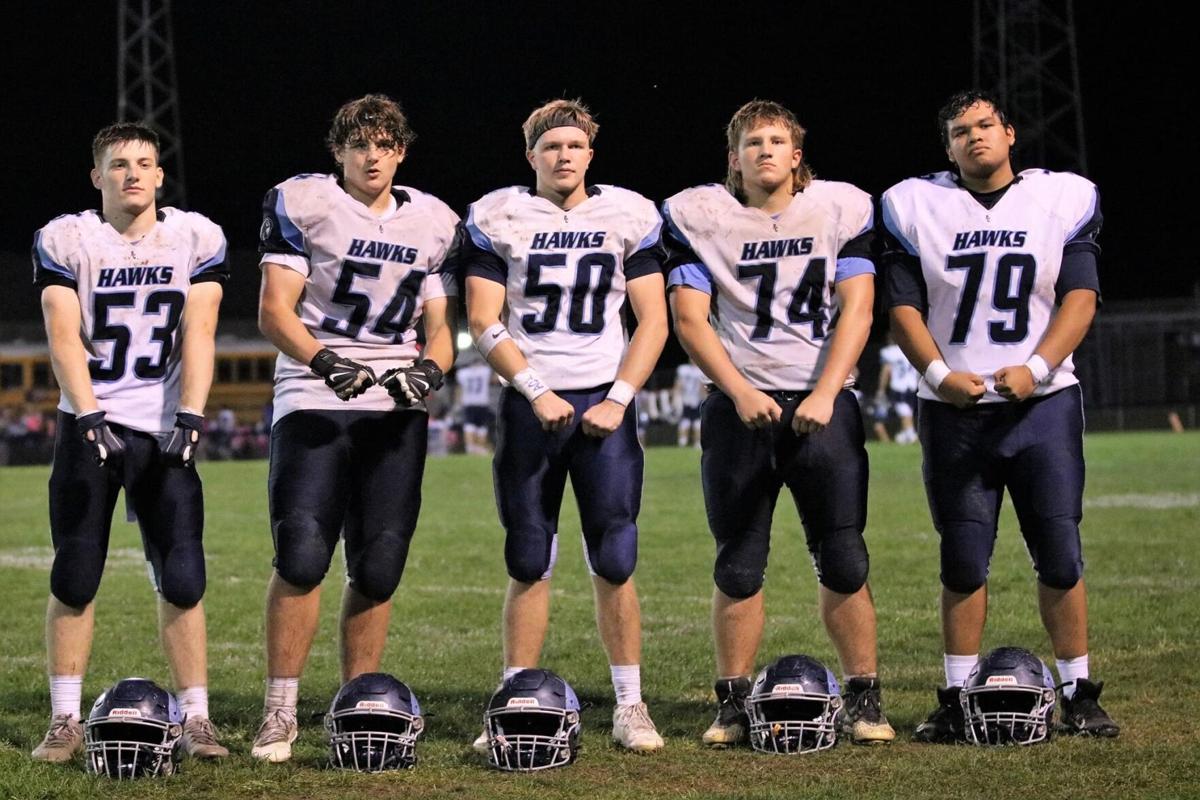 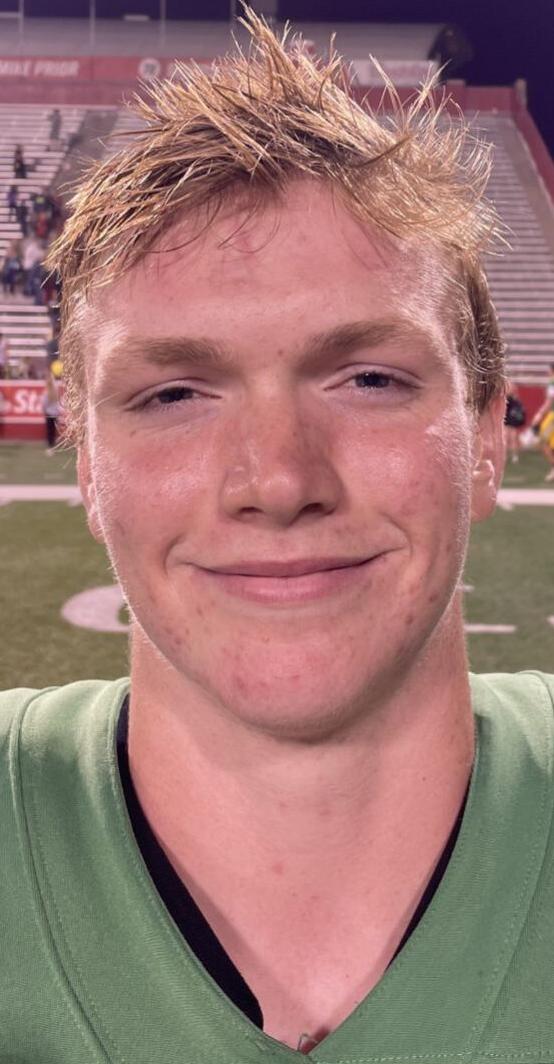