While attending the dedication of Dick Tharp Field on Friday, it was heartwarming to see former players and coaches gather around Tharp. One by one, they let the 90-year-old Tharp know how much he meant to them.

They considered themselves lucky to have been part of Tharp’s 158-50-5 run as Normal Community High School football coach from 1966-88. Watching it made a retired sports editor come to a realization.

He’s been pretty lucky as well.

As a reporter, you don’t pick the coaches in your city. You get what you get, and sometimes that means a lot of losing. It makes for long games, long seasons and short interviews.

What is there to say?

There was some of that in 42 years of reporting on Bloomington-Normal football, but not a lot. The norm has been winning and winning big. That’s the lucky part for those of us who have toted Pantagraph press passes.

A night after Tharp was celebrated as the winningest coach in NCHS history, Illinois State’s Brock Spack tied Edwin Struck as the winningest Redbird coach. At 86-53 in his 13th season, Spack soon will stand alone.

Across town, Norm Eash began his 35th season as head coach at Illinois Wesleyan, where his 216 career victories are a school record and 157 College Conference of Illinois and Wisconsin wins are the most in league history.

We media types get paid the same regardless of the final score. Yet, any reporter will tell you it is easier to write about a winning team. Coaches and players are more approachable, talkative. Storylines are more plentiful. So yes, we have been blessed.

Our football good fortune has flowed for years. While Tharp was winning big at Normal Community, Frank Chiodo was going a school-best 136-95-2 from 1964-89 at University High. Like Tharp, he has a place in the Illinois High School Football Coaches Association Hall of Fame.

So does Rigo Schmelzer, who at 188-67 from 1993-2015 is the winningest coach in Bloomington High School football history. He guided the Purple Raiders to three straight state runner-up finishes.

Also in the IHSFCA Hall of Fame is Bobby Moews, the winningest coach at Central Catholic with a 155-73 record and two state championships from 1992-2013.

Lucky? We’ve been beyond lucky.

We were on the sideline or in the press box for Hud Venerable’s 14-year run at Normal Community, where his 126-37 record included the 2006 Class 6A state title and a 2005 runner-up finish.

There is a tendency to believe the “golden era” of a sport, any sport, occurred deep in the past, its history recorded on jumpy black and white videos or yellowed newspapers.

That is a difficult sell in regard to Twin Cities football coaches. The golden era has unfolded before my eyes and those of longtime Pantagraph colleagues Jim Benson, Randy Reinhardt, Randy Sharer, Bryan Bloodworth, Joe Deacon, etc.

We watched John McIntyre win two state titles at Central Catholic in the 1980s, Terry McCombs take Bloomington to a state runner-up finish in 1991. We’ve seen Normal West go from a new program in the mid-1990s to a perennial playoff qualifier and Big 12 Conference title contender.

It would be short-sighted to take any of that for granted. The Dick Tharp Field dedication was a reminder to embrace it, and understand that this doesn’t happen everywhere.

It’s happened here because of coaches who have been exceptional at instilling discipline, demanding 100 percent effort and uniting players in a common goal.

Some have yelled louder or been more animated than others. Nothing wrong with that. Every coach has his/her style. But for all of the above, regardless of the delivery, their messages have been received.

It was clear Friday night when men in their 50s and 60s flocked around Tharp as he sat in a golf cart. It’s been in plain sight for so many other prep football Fridays and college football Saturdays as well.

You get what you get.

Player of the Week

Go to pantagraph.com/sports to vote for the Pantagraph Week 2 Player of the Week. Voting will continue through Thursday at noon, with the results revealed Friday morning.

The dedication was held prior to the Ironmen’s game against Peoria Manual, honoring an Illinois High School Football Coaches Association Hall of Famer who had a 158-50-5 record as NCHS head coach from 1966-88.

That team was fun to cover. It had personalities. It persevered. It wasn’t just one of many in 40-plus years of writing about teams. It was different, special.

Kindred: A warm embrace for the return of high school football. Oh, how we missed you

High school football opened its arms to us Friday night. We hugged back.

Kindred: Game Time Gym II was a friend and sporting home to youth of the community

It was more community service than revenue stream for the McDowell family. Yet, as they step away — at age 60 and after 23 years — they will tell you it is “bittersweet.”

At 40, Adam Wainwright is old by baseball standards. His fastball rarely exceeds 90 mph. He doesn’t overpower this young, strapping generation of hitters. He just out thinks them, and befuddles them with a sharp breaking curveball that has conceded nothing to age.

Kindred: Ex-U High players honor Frank Chiodo, who prepared them to win in football and in life

An event held in 92-year-old Frank Chiodo's honor at Baxters American Grille in Bloomington. Former players from the 1970 unbeaten Pioneers and other Chiodo-coached U High teams celebrated his career. 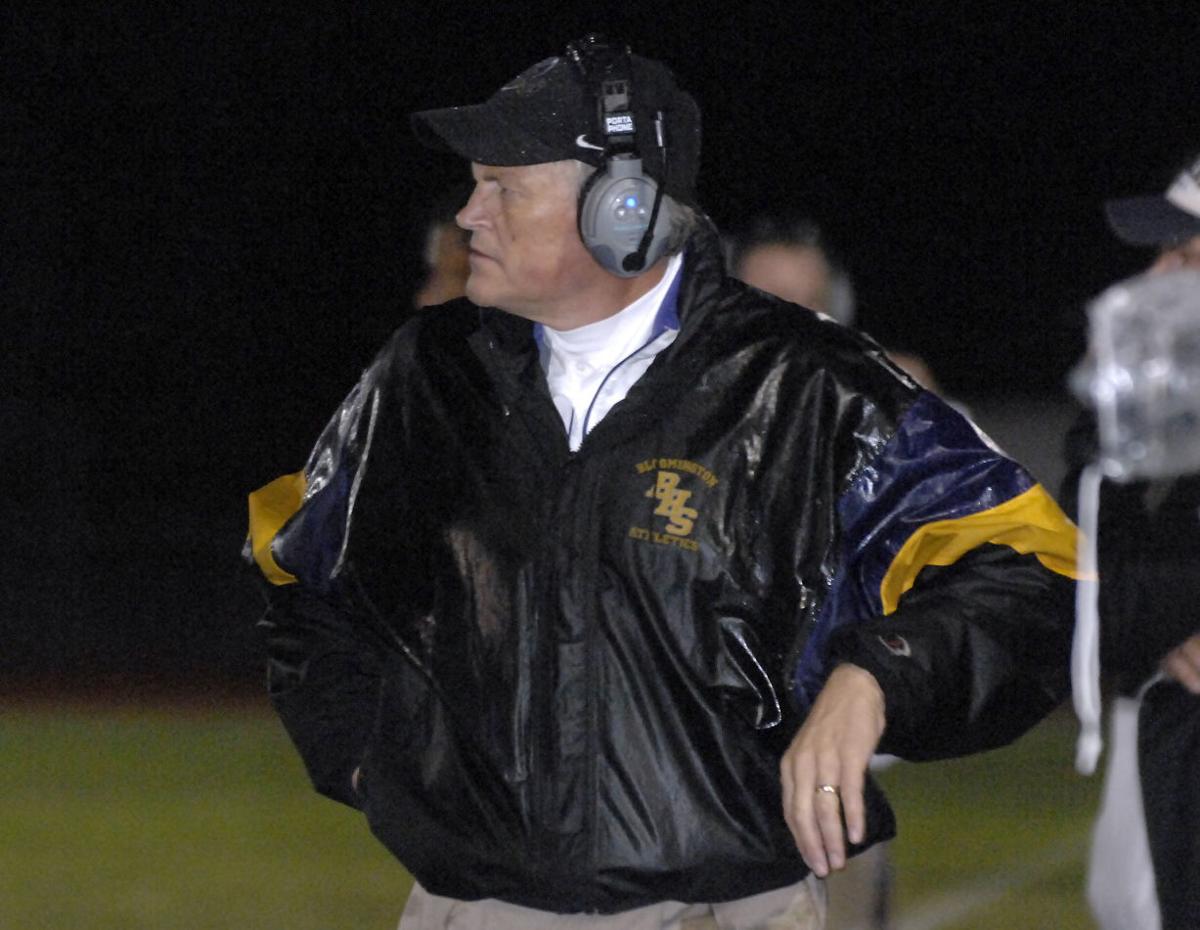 Bloomington head coach Rigo Schmelzer watches the action as his team battles Normal West in a Big 12 Conference game in 2015 at Fred Carlton Field. It was the final game of Schmelzer's Hall of Fame career. Schmelzer is one of the all-time great coaches in Bloomington-Normal football history. 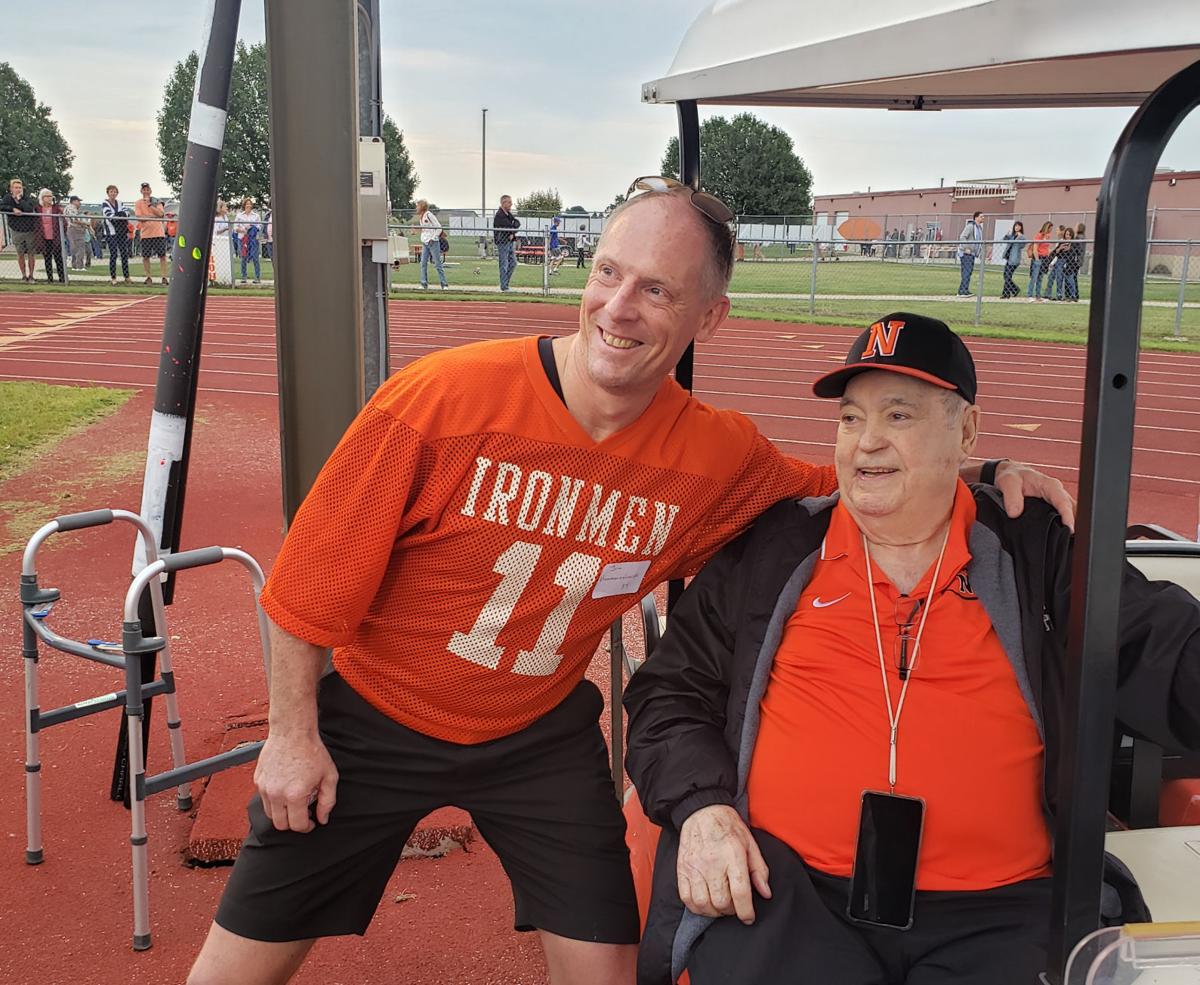 Dick Tharp, right, poses with Jim Hammerschmidt, class of 1984, on Friday night at the newly named Dick Tharp Field at Normal Community High School. Hammerschmidt traveled from Maryland to attend the field dedication in honor of his former NCHS coach. 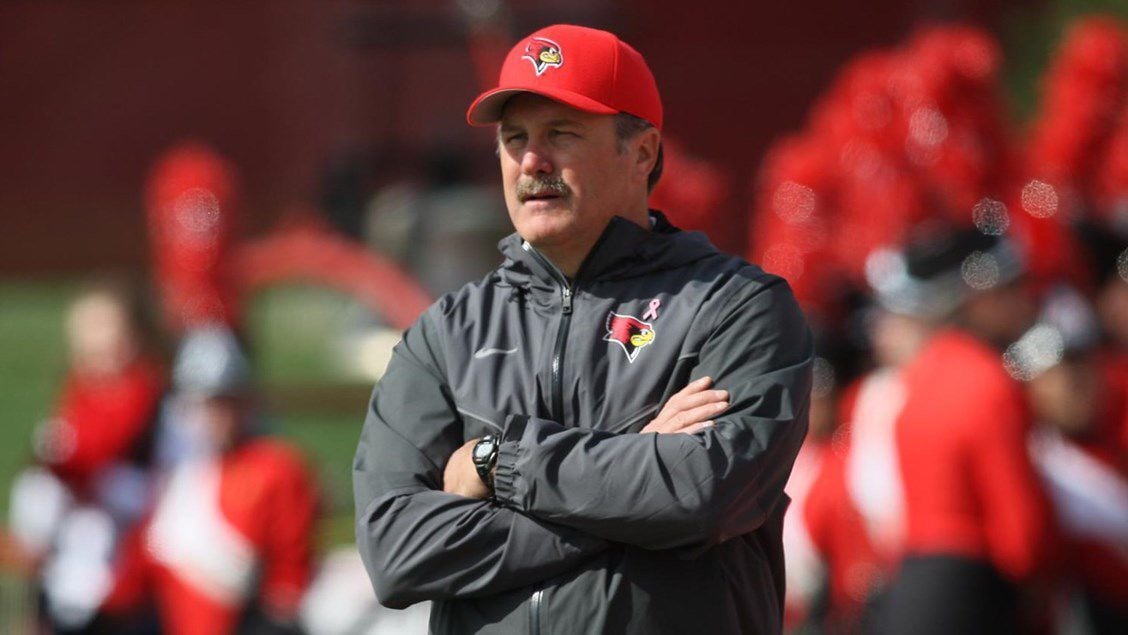 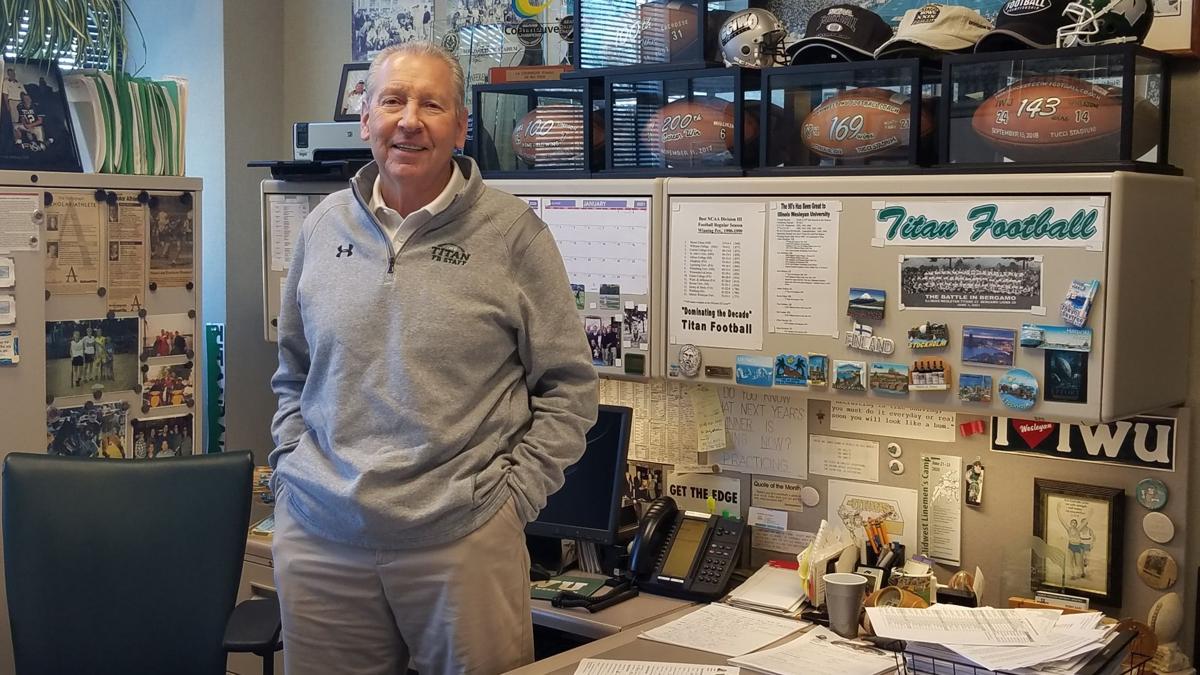 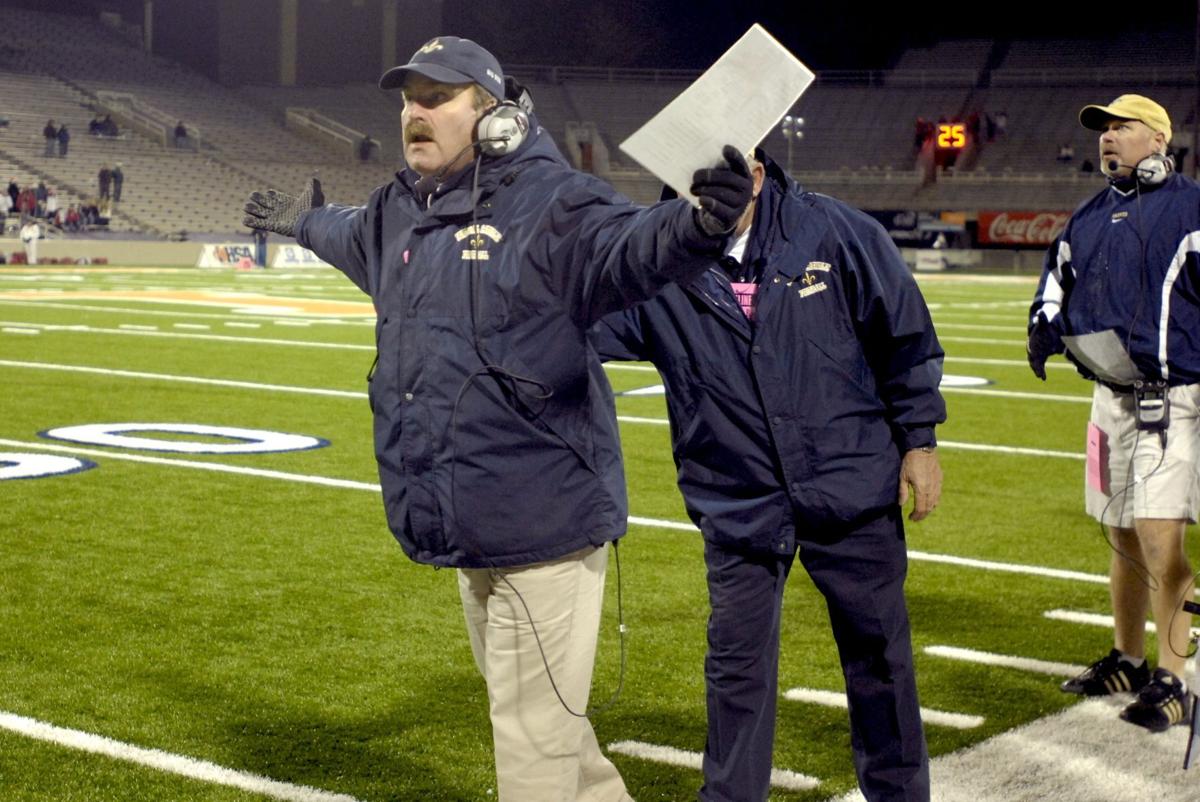 Central Catholic head football coach Bobby Moews reacts to a call in the Class 4A state championship game against Aurora Christian on Friday, Nov. 28, 2008, at Memorial Stadium in Champaign. 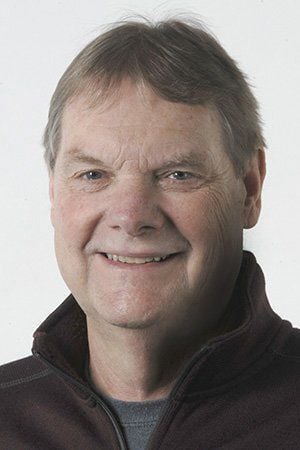 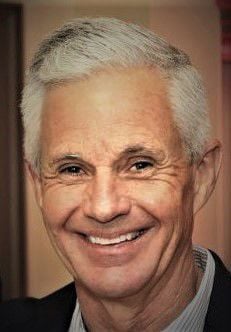