Become a Member
Read Today's E-edition
Share This
Kindred: Game Time Gym II was a friend and sporting home to youth of the community
0 Comments
Share this

The emails arrived weekly in the Pantagraph sports account. The listings were for volleyball skills or flag football or a basketball league or Christmas vacation youth sports camps … just about anything you could imagine.

Activities ranged from pre-K to adult and included fees, registration deadlines. It was an endless stream that made the sports editor at the time marvel at the wide-ranging offerings at Game Time Gym II in Bloomington.

Truth is, it was no mystery. It was hard work and sacrifice, a close-knit family investing time, energy and money in the youth of our community.

It was not a “get rich quick” endeavor for Larry and Mindy McDowell and their family, or “get rich” at all. Not even close. It was more community service than revenue stream. Yet, as they step away -- at age 60 and after 23 years -- they will tell you it is “bittersweet.”

As of Sept. 1, the McDowells leased out the two sides of their large building at 404 Olympia Drive, Bloomington. One side will house a basketball program called Station5One X HoopStars and be run by Julian Williams. The other will be home to the FC Central Illinois soccer club and director Mike Matkovich.

The McDowells remain responsible for the common area between the two “suites,” as Larry McDowell called them, as well as the grass, etc., outside the building. But while they plan to stay on for a while to assist Williams in getting his program up and running, their workload and worry will be greatly diminished.

Be happy for them. They’ve earned it.

That’s because they cared deeply about their clientele and the product … to the point “there was some discussion at every meal about Game Time, whether it be a problem or a funny story or whatever,” Larry McDowell said.

For years, the discussions included the McDowells’ four children: son Andrew and daughters Courtney, Bailey and Makenzie. All worked at Game Time while growing up, with Andrew twice serving as operations manager.

He’s now a teacher and head basketball coach at University High School. He was 12 in 1998 when his parents opened the first version of Game Time Gym at the former Bloomington Junior High. The family did some brainstorming during a meal at the since-closed Ned Kelly’s restaurant in Bloomington.

They went around the table soliciting suggestions on what to call the new venture, which at the time would involve just basketball at the old BJHS gym.

The result was “Game Time,” a name that continued to fit nicely as the business expanded to a multitude of sports and moved to its current location in 2002.

Built for soccer, it opened as Soccer City in 2000. When travel soccer took off shortly thereafter, many young players migrated away from indoor soccer.

The McDowells purchased the business in 2002 and leased the facility for two years, then bought the building. They have been adapting to a changing youth sports market ever since.

“While this was built for indoor soccer ...” Larry said, nodding toward the FC Central Illinois side of the facility. “... we have had football, lacrosse, cricket, ultimate frisbee, baseball and softball training over there.

“The other side with basketball and volleyball has been pretty constant (on three courts). We had corporate leagues with Country Companies and State Farm. We’ve had pickleball over there and badminton. The thing you don’t anticipate (going in) is that you have to continually change your marketing strategies.”

Larry McDowell worked full-time at Mitsubishi Motor Company in Normal from 1988 until the plant’s closing in 2016, serving as purchasing manager. That was the family’s source of income. While Game Time Gym II was profitable at times, it also had lean years, including last year when the coronavirus shut down businesses.

The mission -- at Game Time Gym I (the former BJHS) and later Game Time Gym II -- was to provide a venue where youth of the community could be introduced to and/or play a variety of sports. If a child’s family could not afford to pay, the McDowells offered scholarships so he or she could play.

“We never did this for any sort of recognition,” Mindy McDowell said. “It was never about money.”

He credits Mindy for much of its success, saying she spent 60-plus hours a week at the building and handled registrations, accounting, bookkeeping, etc.

Mindy plans to stay busy and is mulling some options. “I can’t just sit around and watch The Price is Right,” she said, smiling.

The McDowells will be regulars at U High basketball games and foresee more time with their two grandchildren, as well as with extended family and friends.

Game Time Gym will live on through those who played or worked there. Mindy McDowell has enjoyed attending Intercity sporting events and seeing names of many former Game Time participants on the rosters. That will continue for a few years.

Game Time is personified on U High’s bench and in its hallways. Andrew McDowell has been known in U High circles as “Game Time” since his days as a player there. He answers to the nickname proudly.

It represents a place devoted to and driven by community pride.

Time there was well spent.

The norm in Bloomington-Normal the last 42 years has been winning and winning big. That’s the lucky part for those of us who have toted Pantagraph press passes.

The dedication was held prior to the Ironmen’s game against Peoria Manual, honoring an Illinois High School Football Coaches Association Hall of Famer who had a 158-50-5 record as NCHS head coach from 1966-88.

That team was fun to cover. It had personalities. It persevered. It wasn’t just one of many in 40-plus years of writing about teams. It was different, special.

Kindred: A warm embrace for the return of high school football. Oh, how we missed you

High school football opened its arms to us Friday night. We hugged back.

At 40, Adam Wainwright is old by baseball standards. His fastball rarely exceeds 90 mph. He doesn’t overpower this young, strapping generation of hitters. He just out thinks them, and befuddles them with a sharp breaking curveball that has conceded nothing to age. 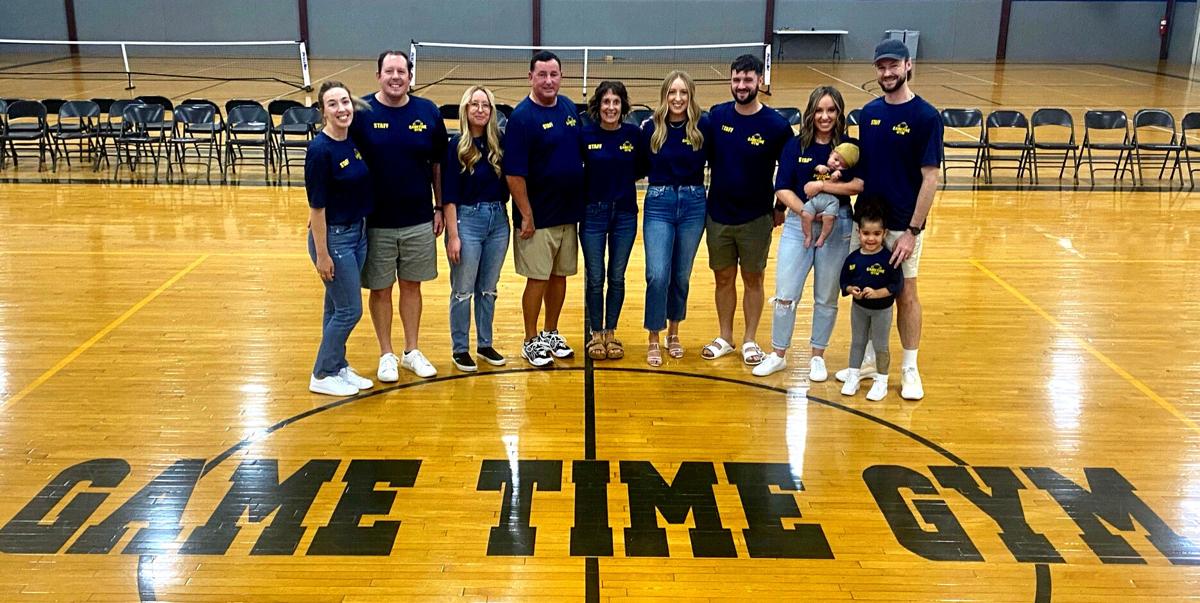 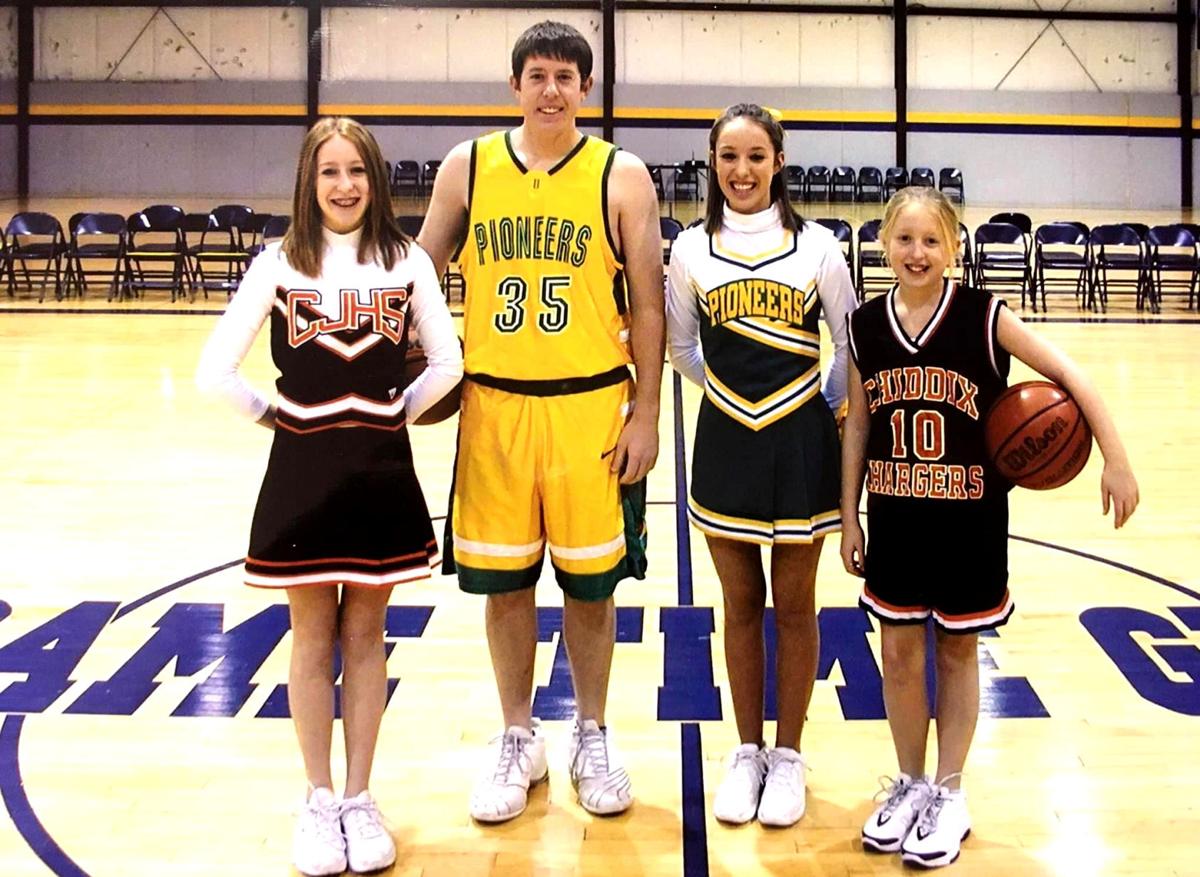