BLOOMINGTON — When the Central Catholic High School defense gets to the end of the line, it’s usually the opponent and not the Saints who feel the pinch.

“If I see the quarterback go toward Kyle’s side I trust he’s going to get him,” Hayes said. “If he goes to my side, I’m sure Kyle trusts me, too.”

Connor has 90 tackles, 14 for loss yardage, 8.5 sacks and five forced fumbles. Hayes has contributed 46 stops, nine for loss, seven sacks and a pair of caused fumbles.

“Our job is to make them go up the middle and give our linebacker a lot of tackles and Ryan Zitkus has 105,” said Connor. “That way they don’t get big yardage on outside runs on us.”

“The big thing is when teams are throwing the ball, we can get good pressure on them with just four up front. We don’t have to do a bunch of blitzing,” said Moews. “If we can get them one-on-one with a tackle, they will win that matchup most times. With Ryan in the middle, they complement each other well.”

A tight end on offense, Hayes has received recruiting interest from Illinois State, Northern Illinois and Eastern Illinois. Connor, who also plays offensive left tackle, has been contacted by Drake, Augustana and other College Conference of Illinois and Wisconsin programs.

“We’re fortunate, certainly,” Moews said. “We’ve never had two like that at the same time.”

“They play hard. They play to the whistle,” said Moews. “They’re not overly big. But I think they wear some teams down by how hard they play.”

St. Joseph-Ogden has both a rusher and a passer over 1,500 yards. Ty Brown has 1,535 yards and 18 touchdowns on the ground, while quarterback Eli Oltean has completed 105 of 176 passes for 1,521 yards, 26 touchdowns and just two interceptions.

Jake Pence is the top Spartans’ receiver with 38 catches for 642 yards and 14 touchdowns. Both Pence and Kohlten Johnson have intercepted six passes to help St. Joseph-Ogden to an astounding plus-30 turnover ratio.

The Saints’ rushing game is paced by tailback Brett Segobiano (1,454 yards) and fullback Zitkus (789). Quarterback Jake Baughman has passed for 1,117 yards and rushed for 408.

“Their backfield is pretty solid. The fullback and tailback are both outstanding runners,” said Duval. “They have the capability of controlling the ball and scoring from anywhere on the field.”

Saturday’s winner will face either Tolono Unity or No. 10 Monticello in the semifinal round.

When the Normal Community High School football team heads north for Saturday’s 1 p.m. kickoff against unbeaten Libertyville in the Class 7A qu…

Boomer Grigsby on his time at ISU

Boomer Grigsby on his time at ISU 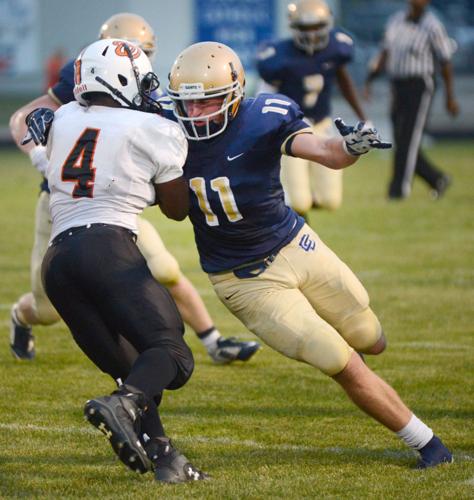 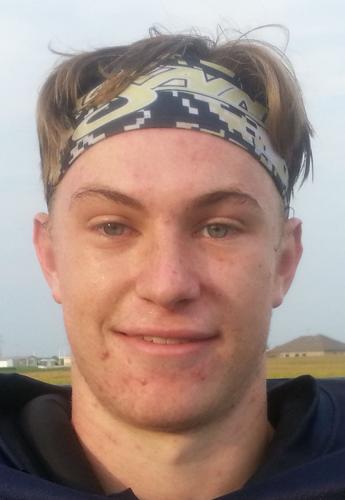