The El Paso-Gridley High School football team isn’t dominating, but it is delivering.

“We’ve done a good job of just finding ways to win,” second-year EPG coach Tanner Benedict said. “It hasn’t been pretty each week. But our kids are hanging in there and playing for four quarters.”

The Titans are 4-0 despite out-gaining its opponents by a mere 7 yards of combined total offense.

“We’re definitely not a tremendous 4-0 team,” said linebacker/H-back Cody Langland. “But we’re going to work our tails off to go 5-0 this week.”

To accomplish that, the Titans will need a win on Friday in Colfax where EPG faces fellow unbeaten Ridgeview-Lexington in a Heart of Illinois Conference crossover game. The Titans are receiving votes in the state Class 2A rankings, while the Mustangs are ranked third in 1A.

“They’re extremely physical up front,” said Benedict, who was a junior at EPG the last time the Titans started 4-0 in 2014. “They want to run the ball, too. But they do it in a different style. They bring everybody in and come right at you. There’s not going to be a ton of tricks. Are you going to be as physical as them?”

EPG quarterback Kamren Schumacher has rushed for 398 yards and passed for 228. Dax Gentes adds 389 yards on the ground.

“We’re playing with a lot of energy and playing as a team,” Schumacher said. “We’ve been running the ball a lot and been successful. I feel like we need to start passing the ball a little more because teams are catching on to our run game.”

Ridgeview-Lexington is again relying on 2021 Pantagraph All-Area running back Kaden Farrell, who has rushed for approximately 450 yards in three games. The Mustangs have a forfeit win over Fisher.

“This tough schedule does help us in the playoffs,” said Mustangs coach Hal Chiodo, whose team owns a win over 2A No. 8 Tri-Valley. “They are very similar to Tri-Valley the way we see it. Their quarterback is a great runner and they have a great runner in Gentes. There are bigger teams in the state, but very few as athletic at all positions.”

The Mustangs coach believes quarterback Alec Thomas has responded well to the demands of the quarterback position after missing nearly all of last season because of injury.

“He’s really only had three games. He just needs to play,” Chiodo said. “I put a lot of pressure on him. He’s very talented. Leave him alone and let him play, and I think he will get better every time he plays.”

EPG also has the services of one of the top prep punter/place-kickers in the nation in senior Declan Duley, who transferred back to his hometown school from University High. Duley recently accepted a scholarship offer from Illinois.

“It’s something growing up I never thought I would be able to accomplish. When I first started kicking and punting I set a goal for myself to play Division I football,” Duley said. “To be able to do this for my family and take the burden off for paying for my college is something very special to me and I know it’s very special to them.”

Duley decided to spend his senior season at EPG because his mother, Becky, is battling vision problems.

“Back in October during the season my Mom went blind in the right eye originally then both eyes. The left healed but that was a pretty big financial toll on us," said Duley. "I wasn’t able to be home very often going to school 30 minutes away. I chose to come back to be close to home and make sure she’s safe and if she needs anything I would be able to be here.”

The other big game in the HOIC on Friday sends Eureka to Gibson City to face GCMS.

Tanner Benedict ready for the challenge of being a head football coach at 23 years old for his alma mater, El Paso-Gridley High School.

Normal Community is at Bloomington; Normal West hosts Richwoods; and El Paso-Gridley is at Ridgeview-Lexington.

Week 5 Rewind: Check out all the Pantagraph's weekend football coverage 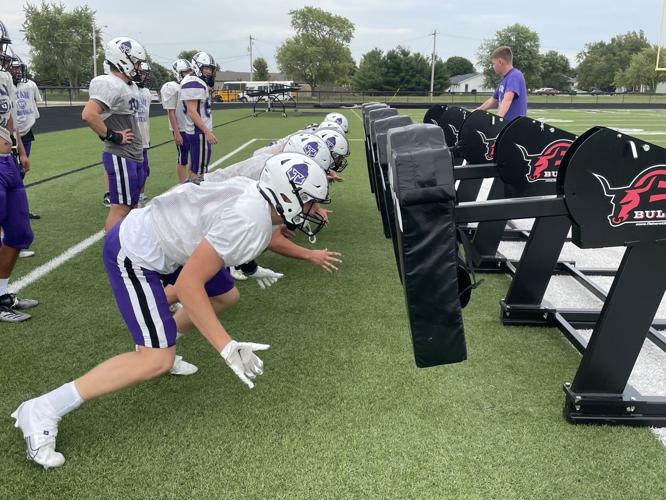 El Paso-Gridley linemen attack the blocking sled at a practice earlier this week in El Paso. 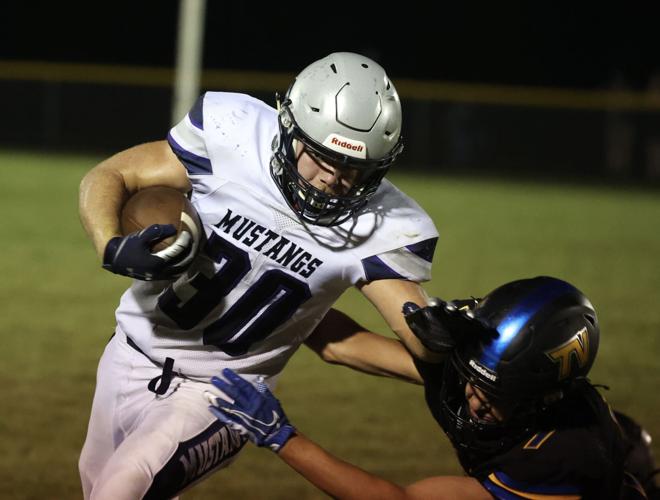 Ridgeview-Lexington's Kaden Farrell tries to ward off a Tri-Valley defender during a Sept. 9 game at Downs. Farrell rushed for 140 yards in the Mustangs' 21-16 victory. 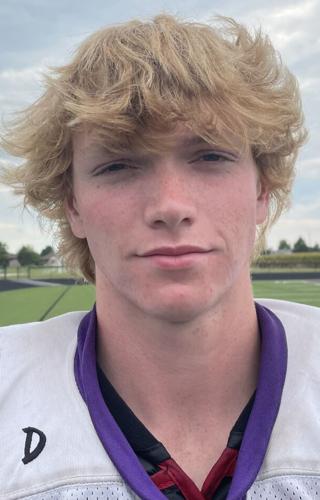 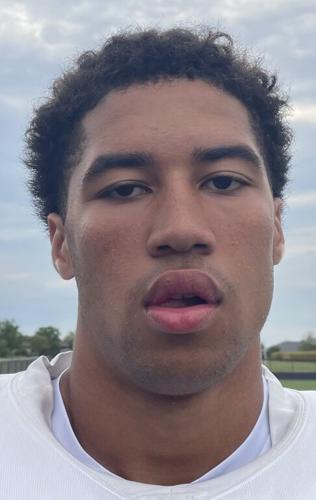 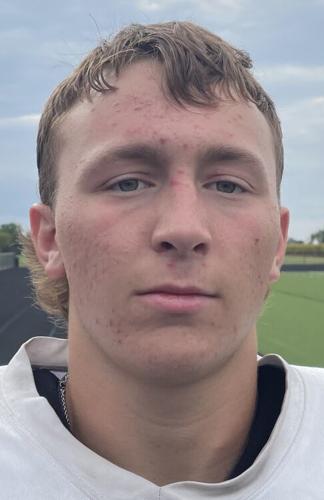