Debbie Coffman a pioneer? It sounds a bit odd. Among the priorities in Coffman’s successful tenure as Central Catholic High School girls basketball coach has been to beat the rival University High Pioneers.

Yet, while Coffman remains with the Saints — she’s entering her 24th year as head coach — she absolutely is a pioneer. Coffman became the first female president of the Illinois Basketball Coaches Association on Oct. 24.

It comes at a time when schools will be celebrating the 50th anniversary of Title IX legislation, which banned sex-based discrimination in education and sports. This also is the 50th year of the IBCA.

Fifty years. Makes you wonder what took so long.

Coffman isn’t here to debate that. She just welcomes the opportunity to be in a leadership role with an organization she embraces.

“Things are evolving and changing over the years and wanting to get women’s sports out there as well,” Coffman said. “It’s not just women coaches — we’re trying to promote that — but also promoting women being involved.

Coffman has been a member of the IBCA throughout her coaching career. She became a more active member “about seven years ago” at the urging of then-Ridgeview boys coach Rodney Kellar. Coffman accepted his offer to join the IBCA executive board, the first female to do so.

Her two-year term as president officially began at the Oct. 24 board meeting, when she took over from Eugene Henry of Chicago Fenger.

“I just got more and more involved,” she said of her journey to president. “(Early on) I was just trying to do my part in the organization and helping with communication. Our membership has grown over the years and I think that’s a part of them splitting things up into divisions and getting more people involved.”

Among the IBCA initiatives this school year is to have more shootouts and encourage schools to recognize Title IX activities. Coffman also is excited about a mentoring program for coaches.

“I think it’s an excellent idea,” Coffman said. “Any young coach can communicate with coaches in the mentoring program. Coaches aren’t staying for the long haul, so we’re trying to help those kinds of things as well.

“We also do satellite clinics and clinics where speakers come. We just had one in September at (Illinois) Wesleyan for coaches to learn and things like that. There are a lot of great people who are on the board and involved with the IBCA throughout the state.”

The head of the organization is executive director Jim Tracy. He is a big fan of Coffman, an IBCA Hall of Fame coach who has a 530-150 record at Central Catholic.

“Hopefully this (Coffman as president) reflects that opportunities for women are happening more and more,” Tracy said. “We’re very excited to have Debbie in this position.

“The thing I think is first and foremost about Debbie is she’s just a top-notch person. Obviously she represents all the best of any of us as coaches, but more importantly, she’s even a better person.”

Coffman’s career includes a Class 2A state championship, as well as two runner-up finishes and a third place at state.

She has won big while also working full-time and raising two children, Braxton and Bailey, with her husband, Mike.

“As a wife and a mom to have the success she has had (in coaching) I think further empowers women in general by her example,” Tracy said. “It’s a special thing when you think about the total scope of her story and what she brings to the table.”

Coffman’s connection to the IBCA goes back to 1988, when as Debbie Kessinger she represented Prairie Central in the IBCA All-Star Games. She was grateful for that opportunity.

She is well-qualified to work and speak on behalf of basketball players and coaches. Among the first to congratulate her was Laura Sellers, girls basketball coach at U High.

“She was excited for a woman to be in there (as president),” Coffman said.

So is Coffman a pioneer? You bet. There is no better word.

“I know,” Coffman said, laughing. “I don’t want to think that way, but I think so, right?”

The daughter of two coaches, Megan Jones had a game plan. How could she not? When your mom and dad have a basketball court named after them, y…

Rudy Klokkenga’s love affair with softball began on fields where wooden benches served as “dugouts.” There were no press boxes, either. You do…

Asked what Tolono Unity’s berth in the state championship game would mean to Jordan Reinhart, LeRoy coach B.J. Zeleznik replied, “Oh man, he would have been ecstatic.”

Father and son are back on the same team — Nathaniel Meiss as head coach and Tim Meiss as a volunteer assistant with El Paso-Gridley.

Dave Witzig and Brian Cupples were in the middle of a basketball rivalry for 17 years, battling at least twice per season. The games were heated, the finishes often frantic.

Opinion: Sean Payton's last season with the Saints was a success

Opinion: Sean Payton's last season with the Saints was a success 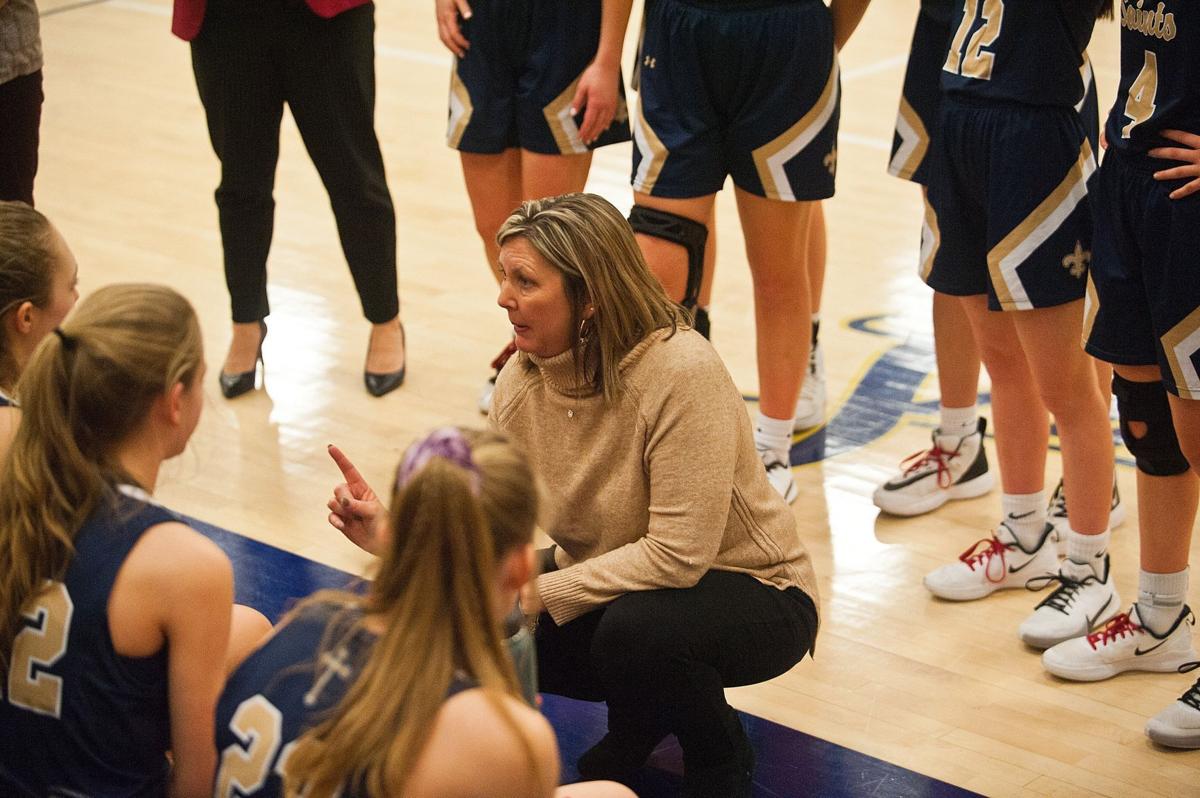 Central Catholic High School head girls basketball coach Debbie Coffman makes a point to her team in a timeout during the Saints' 67-39 Class 2A regional championship loss to Knoxville on Thursday, Feb. 13, 2020, at Cvengros Gym in Bloomington. 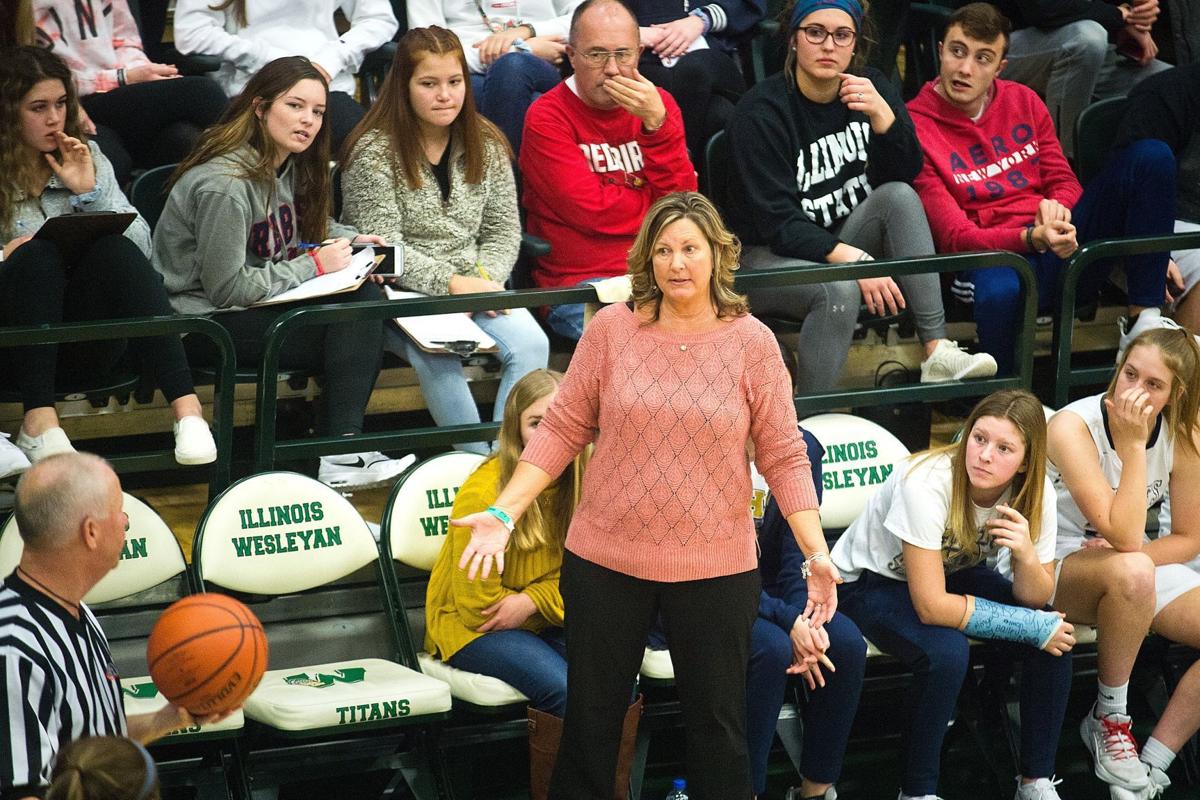 Central Catholic head girls basketball coach Debbie Coffman looks for clarification on a call by an official during the State Farm Holiday Classic Small School Girls championship game against Rochester on Saturday, Dec. 29, 2018, at Shirk Center. The Saints went on to win, 45-33. 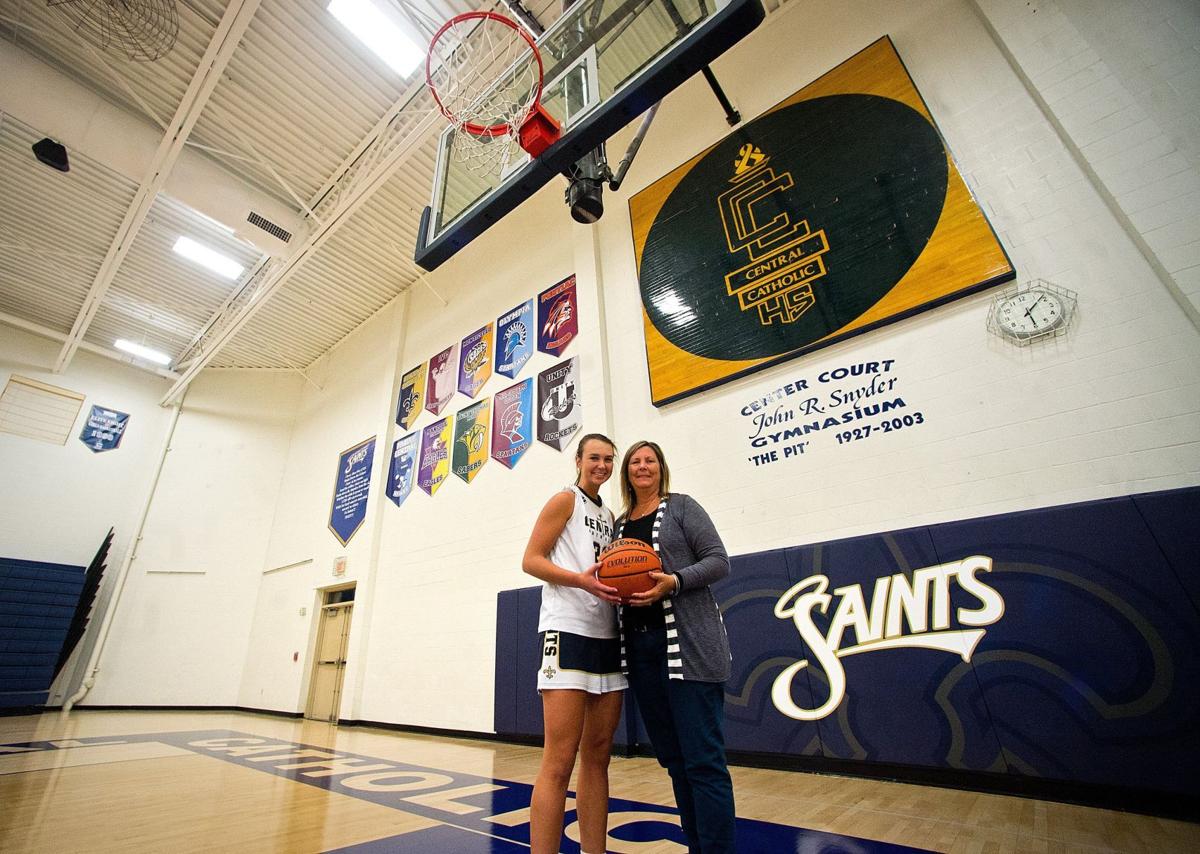 Central Catholic High School senior Bailey Coffman, and her mother, Debbie, are in their final season together as player and coach. 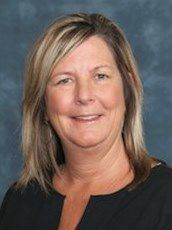