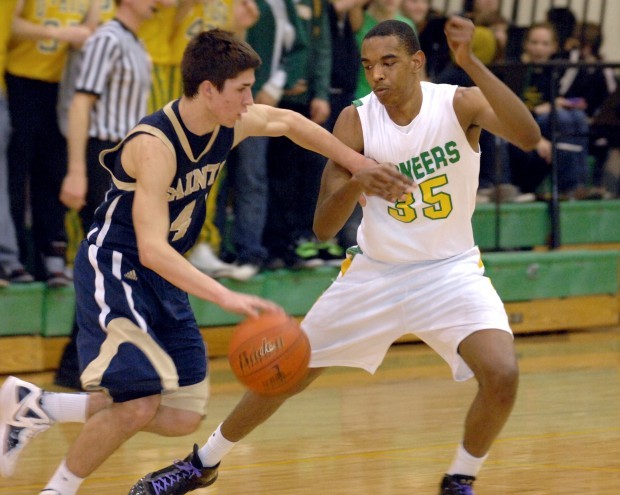 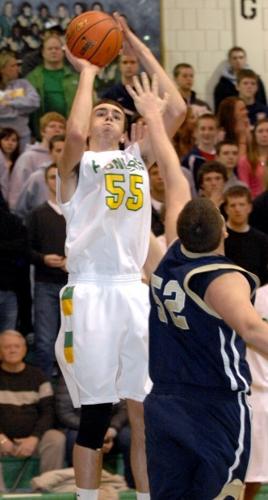 NORMAL — There was little doubt after the first couple minutes Friday night.

University High School’s basketball team was well on its way to a 14-0 finish in the Corn Belt Conference.

Yet after its 62-34 victory over Central Catholic was finished, the Pioneers expressed frustration at their first-half performance at the U High Gym.

“They only had two field goals, but we put them at the free-throw line 12 times,” said U High senior Bryn Agnew. “We really didn’t want to do that.”

Talk about being perfectionists....

The Pioneers (22-3), ranked No. 4 in the Class 2A state poll, became the first undefeated Corn Belt champion since the Pioneers’ 1996-97 squad. Keita Bates-Diop led a balanced scoring attack with 12 points, while Agnew and Kane Wildermuth each added 10.

“We have to do a much better job guarding the dribble penetration,” said Fitzgerald, whose team plays at Peoria Richwoods today. “I thought in the second half we did a little better job reacting to the nature of the game and not fouling as much. We have to learn how to do that because we’re getting close to that time of year.”

“If you come in here and want to beat them you have to make some shots and some free throws,” said Saints’ coach Jason Welch. “Early we didn’t make our free throws. We had some opportunities and didn’t convert. They hurt us on the glass and in the paint. We have to learn quickly.”

Central Catholic meets Tremont on Monday in a first-round U High Regional game before the winner faces the top-seeded Pioneers the next day.

Through three nights, all five teams have at least one loss.

West to meet Saints for title.

University High finishes off win over Bloomington in Intercity Tournament

University High finishes off win over Bloomington in Intercity Tournament