Playing a bitter rival is nothing new for Chicago Bears quarterback Justin Fields.

Facing the Green Bay Packers with first place on the line Sunday at Soldier Field in one of the NFL's oldest rivalries has some similarities to the annual Michigan and Ohio State matchup, so Fields feels ready in this regard.

"I mean, a rivalry game, it's big," Fields said. "I've been in the position before. I wouldn't say it totally prepares me for this, but I have a pretty good idea of what a big rivalry game looks like."

Fields' experience at Ohio State against Michigan comes from just one game his junior year, but it was a memorable one. He completed 14 of 25 for 302 yards and four touchdowns in a 56-27 Buckeyes' win. The pandemic wiped out his chance to face Michigan again as a senior.

His best memories of it extended beyond just winning.

"Trash talk before the game, in warmups, fans talking trash and stuff like that, I always enjoyed that," Fields said. "Hearing what they say, and the nonsense coming out of their mouths always gave me a good laugh before the game.

The excitement will be different this time because he's squaring off against Aaron Rodgers for the first time. The Packers have a 21-5 record against the Bears with Rodgers starting.

"I know it's gonna be a good matchup between him and our defense. Our defense has been playing well. I'm excited to see him play."

Fields was 9 years old when Rodgers made his first NFL start in his third season in 2008 with Green Bay, and he has developed an appreciation for the Packers quarterback's playing style.

"I just like how he's always in rhythm when he plays the game," Fields said. "That's a piece of his game that I try to emulate in mine."

Fields had an individual rivalry in college with Clemson's Trevor Lawrence but calls this different.

"I'm simply doing whatever I need to do to help my team win. If that's hand the ball off 80 times during a game or throw for however so many yards, that's what I'm going to do. I'm not worried about comparisons between touchdowns, stats. I'm worried about winning. That's it."

The Bears no doubt would like to see Fields' passing game emulate some of Rodgers' success.

Although they have gained some momentum with two straight wins, their rookie quarterback has been helped along by a revived defense that is now ranked eighth in the NFL, and a running game prospering even without injured running back David Montgomery.

When Damien Williams and Khalil Herbert both had more than 15 carries against the Raiders in a 20-9 victory on Sunday, it marked the first time since 2010 the Bears had two backs make 15 or more carries in a game. The result was 143 rushing yards.

"You have more of those 4, 5, 6, 7s (yards) than we've had in the past where at times there's been 1s and 2s," Bears coach Matt Nagy said. "And so I think that helps out your second down, which can help out your third down. And that's just a total compliment to the players and the coaches for really creating that identity."

Fields has struggled with consistency, like most rookie passers. He has completed 51.4% (37 of 72) for 458 yards with one touchdown and two interceptions. He has a 64.5 passer rating.

"I think we have a good feel of who he is and how he's growing each week," Nagy said. "I think we feel good about that and how we can continue to help grow him."

NOTES: Fields suffered knee and rib injuries in the game Sunday and left briefly before returning. He went through a full practice on Wednesday and was removed from the injury report. ... The Bears were without outside linebacker Khalil Mack (foot), wide receiver Allen Robinson (ankle) and defensive end Akiem Hicks (groin) at Wednesday's practice.

Watch now: All eyes are on rookie Khalil Herbert

On the first handoff he took from quarterback Justin Fields on Sunday, Khalil Herbert broke to his left, darted around a big Jason Peters bloc…

As counterintuitive as it might seem, the Chicago Bears have become more aggressive on defense by blitzing less than they did a year ago. 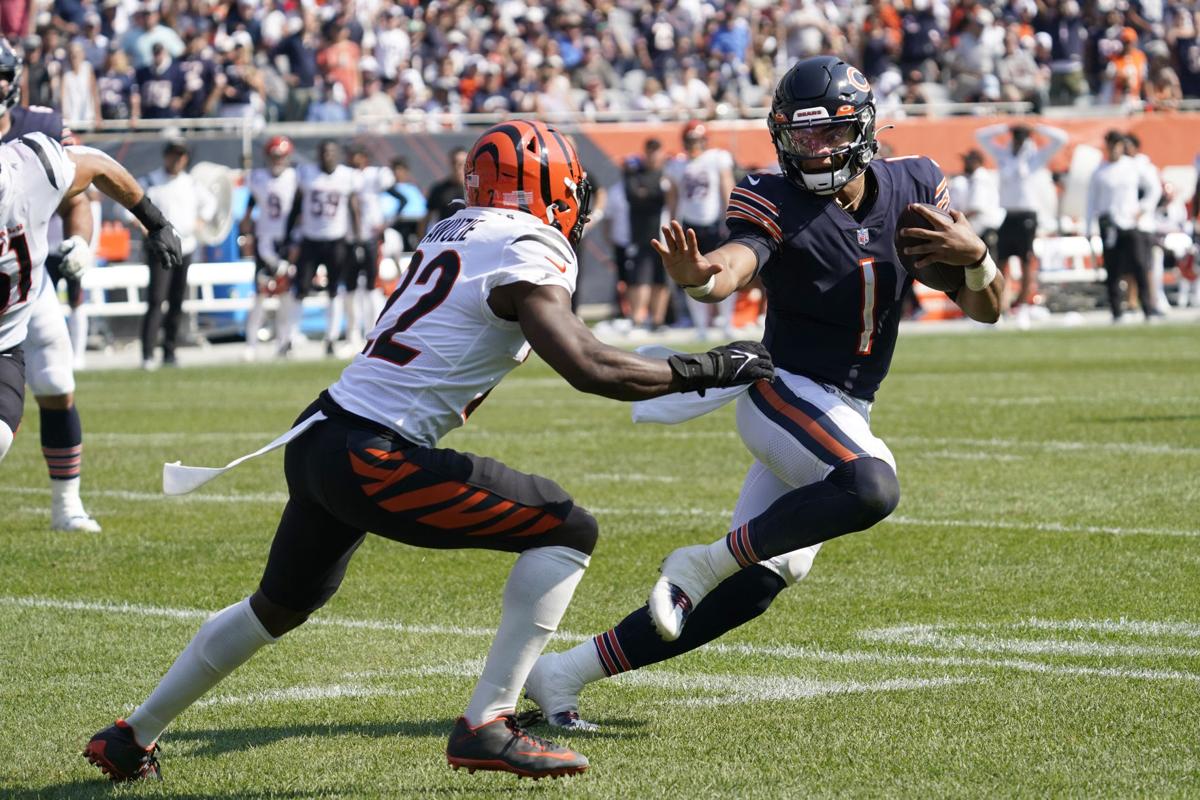 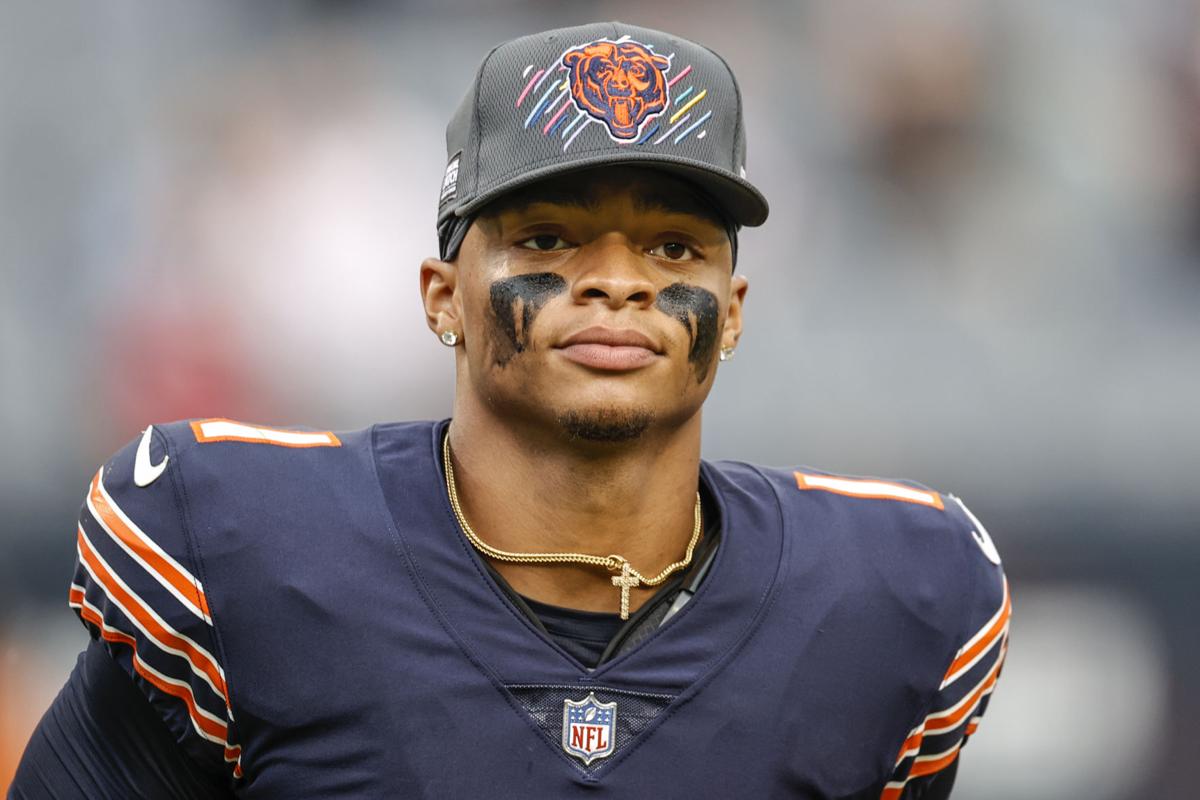