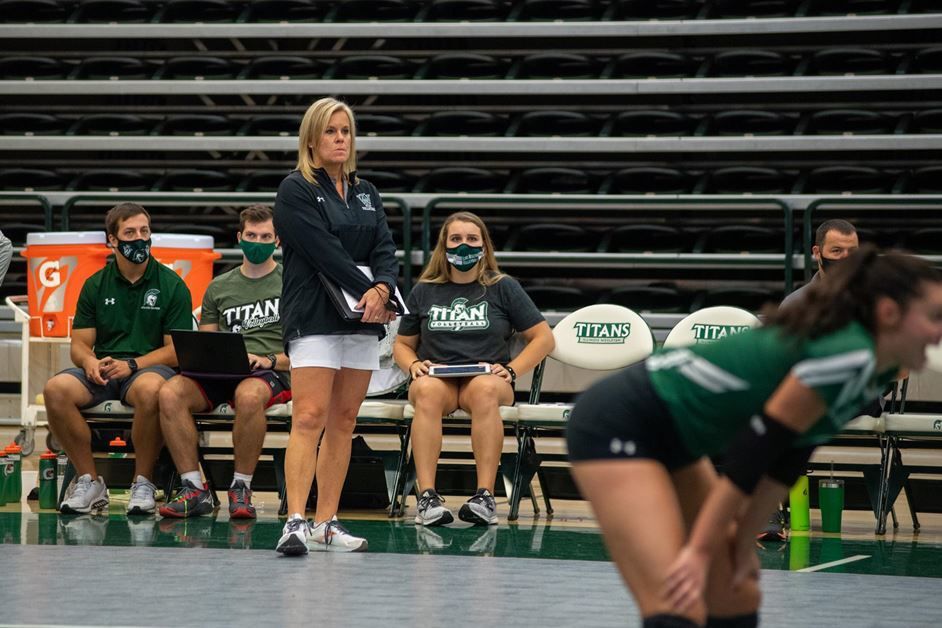 Illinois Wesleyan volleyball coach Kim Nelson Brown watches from the bench during one of her 500 victories at IWU. 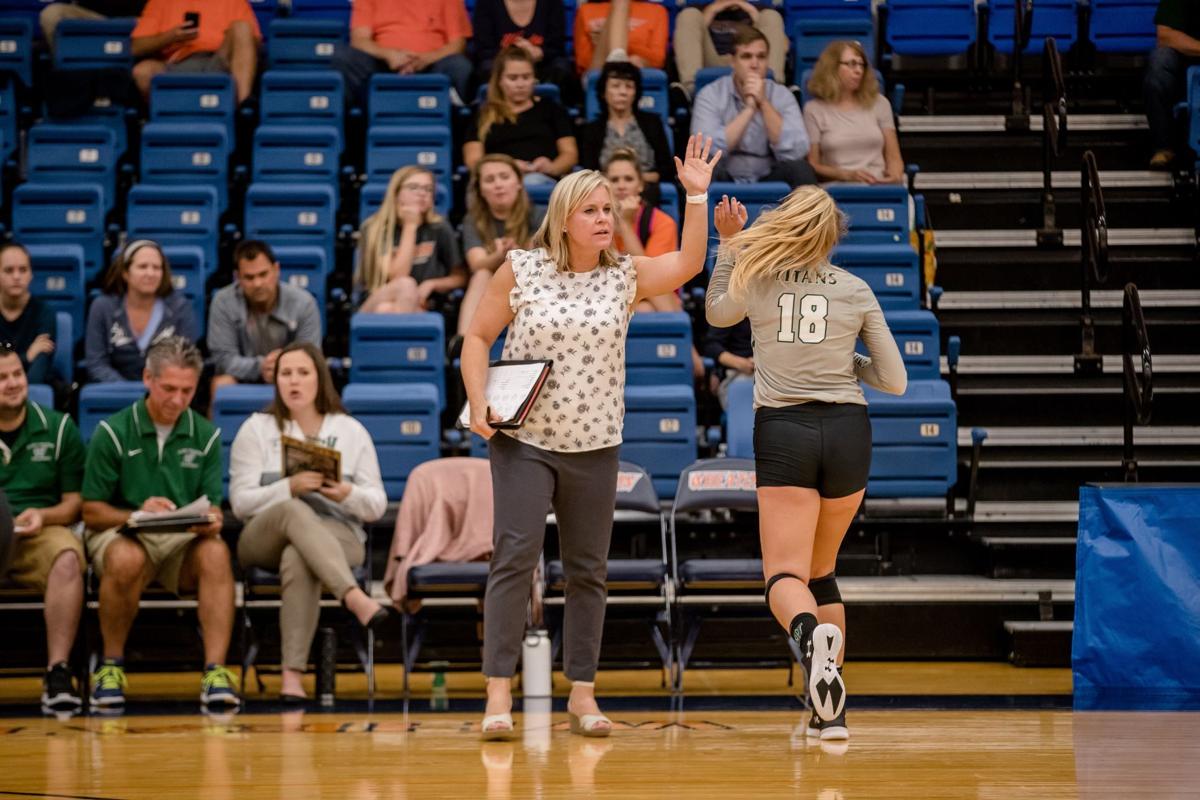 BLOOMINGTON — When Kim Nelson was in seventh grade, her father promised to buy her a volleyball if she made the junior high team.

Now Kim Nelson-Brown, she still carries the spirit of the game with her.

“How much volleyball has had an impact in my life is incredible,” said Nelson-Brown, who won her 500th match as Illinois Wesleyan coach on Wednesday against Carroll in Waukesha, Wis.

In her 26th season, Nelson-Brown sports a career record of 500-360. Her teams have won four College Conference of Illinois and Wisconsin championships and made five NCAA Division III Tournament appearances.

Nelson-Brown, whose current team is 12-10 and 5-1 in CCIW play, didn’t know how close she was to the milestone victory until informed by athletic communications director Katie Gonzales.

“With COVID last year it was so weird. I didn’t know if those matches counted,” Nelson-Brown said. “I figured the time comes when it comes. I was hoping it would be at home, but that didn’t work out.”

Nelson-Brown received congratulations from Titan players throughout her tenure, including from her first team in 1996.

Nelson-Brown was a standout player at Illinois State before becoming a coach. She also serves as IWU associate athletic director and senior women’s administrator for athletics.

Part of an athletic family, Nelson-Brown's husband Brian is a former Illinois State football player. Daughter Tyler was a volleyball All-American at IWU and is an assistant coach on her mother's staff. Son McCade is pitcher in the Colorado Rockies organization.

The 2010 WNIT bracket was kind to the Illinois State women’s basketball team.

Of course, the Normal Community High School basketball team had a chance on March 17, 2015.

Reinhardt top games No. 1: Illinois Wesleyan basketball wins it all in Salem

The 1996-97 Illinois Wesleyan basketball team carried the motivation of a heartbreaking national semifinal loss from the previous season, whil…

When intensive care unit nurse Lindsay Bullington thinks of the medical team she's a part of, another squad comes to mind ... her volleyball team at Illinois Wesleyan.

The College Conference of Illinois and Wisconsin announced Monday it is postponing all fall conference competition and championships.

The Illinois Wesleyan volleyball season came to a close.

Illinois Wesleyan volleyball coach Kim Nelson Brown watches from the bench during one of her 500 victories at IWU. 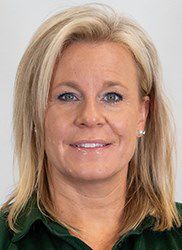