Shindler's freshman season didn't happen until the spring because last fall's campaign was canceled by the pandemic, although the Titans were still allowed to practice. He started IWU's three games and one scrimmage in abbreviated spring action.

While that gave Shindler, a graduate of Walter Payton Prep in Chicago, much needed experience heading into this season, it wasn't like playing a regular 10-game fall season.

"It was a shorter break than I'm used to from high school," he said Wednesday after the spring season ended April 16. "Physically it hasn't been too bad. I came in prepared for that, especially putting on the weight (adding 20 pounds in the summer). That helped a lot.

"Obviously it's a grind mentally. The season is not going how we wanted it to, but I'm continuing to have fun with the game."

Shindler and the Titans are trying to put last Saturday's 55-7 loss at No. 1-ranked North Central in the rearview mirror. It dropped their record to 2-5 overall and 2-4 in the College Conference of Illinois and Wisconsin.

The Titans scored late in the first half against North Central to trail 13-7 at the intermission. But the Cardinals were unstoppable after that with six second-half touchdowns while shutting out the IWU offense.

"You have to try to take the positives from that game, and I think we accomplished a lot," said Eash, specifically referring to the first half. "We matured in many ways yet we didn't respond in the second half like we should have."

Shindler said the Titans "missed a lot of opportunities" to put more points on the scoreboard against North Central's stellar defense.

Senior Anthony Marre's 19-yard run on fourth-and-one late in the second quarter was the Titans' only touchdown.

"I missed throws and missed reads," said Shindler. "But we showed ourselves we can hang with anybody (in the first half)."

IWU's offense has sputtered the last two weeks, although Eash liked how the Titans were able to control the clock two weeks ago in a 14-0 victory against Millikin.

"We just didn't finish any of our drives," said Eash of the North Central game. "At the end of the half we had a 12-play drive (culminating by Marre's TD). We did some good things, but we didn't finish things."

The 20 freshmen and sophomores on IWU's two-deep roster are gaining some much-needed future experience amidst growing pains.

"There are two groups learning this year," said Eash. "The sophomores were cheated out of a regular freshman fall season and then you've got the freshmen. As a coach it's been a challenge a little bit. It's always a challenge to get freshmen on board and now you're doing it with two classes this year."

The 5-foot-10, 185-pound Shindler believes the Titans still have plenty to play for in the final three weeks.

"The goal overall is three wins. We have to continue to sharpen up and be explosive and take advantage of momentum," he said. "We definitely have the talent to do it. It's just about putting it all together.

"It's definitely frustrating and testing our character and how badly you want to play football. We're not playing for a playoff spot. That's the great thing about this team is guys just want to play. We have to leave it all out there."

Bullie out of action

Bullie's status for the final two games at No. 6 Wheaton (Nov. 6) and home against Augustana (Nov. 13) is uncertain.

Marre and sophomore Seth Albin, who have been rotating with Bullie, will get more carries. Freshman Mel Woodson also could get in the backfield rotation.

"We'll miss his leadership," said Shindler of Bullie. "This year he came in and really was a senior for us and led us when we were down and kept us up when we were up."

No. 1-ranked North Central takes control after halftime to roll past Illinois Wesleyan

North Central dominated Illinois Wesleyan after halftime as the NCAA Division III No. 1-ranked Cardinals cruised past the Titans.

BLOOMINGTON — Jake Buhe acknowledges North Central is "a great team and we respect them."

As the Houston Astros and Atlanta Braves prepared to play Game 2 of the World Series on Wednesday night, Tony La Russa was watching the Chicag…

Illinois Wesleyan freshman Frank Roti learned a lot last week against the nation's No. 1 Division III team and hopes to show that against North Park.

Anthony Marre ran for 243 yards, the third most in school history, and three touchdowns as Illinois Wesleyan blasted North Park.

Anthony Marre would trade a huge rushing day last week for an Illinois Wesleyan upset victory against No. 6-ranked Wheaton on Saturday. 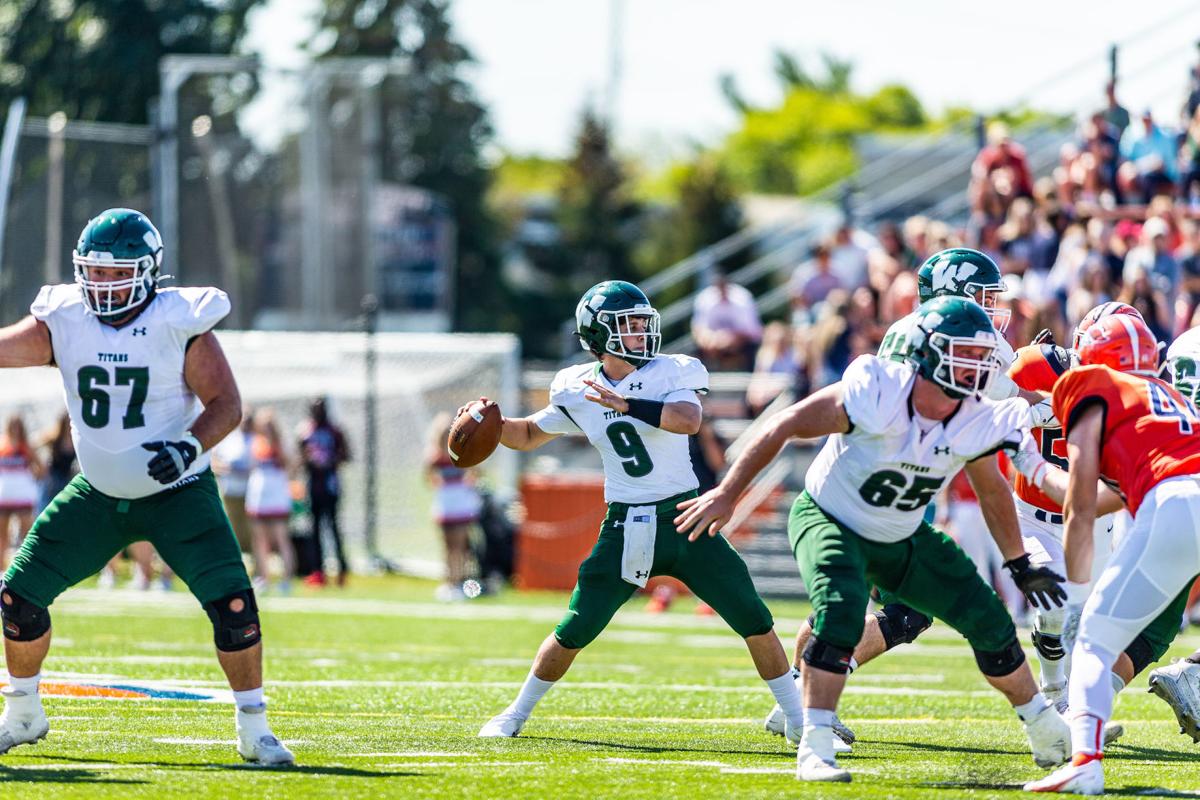