ST. LOUIS — Illinois Wesleyan's football team put itself in position to win its first road game of the season as the Titans were tied with Washington (Mo.) at halftime of Saturday's game at Francis Olympic Field.

The Bears took away IWU's hopes with 24 straight points after the intermission.

Quarterback Matt Rush's 32-yard touchdown pass to Collin Goldberg less than two minutes into the third quarter broke the tie and sent WashU on its way to a 38-22 victory in College Conference of Illinois and Wisconsin action.

IWU dropped to 1-4 overall and 1-3 in the CCIW ahead of next Saturday's 1 p.m. game against Millikin at Tucci Stadium.

Hamid Bullie's 1-yard run and Andrew Stange's conversion kick gave IWU a 14-all tie midway through the second quarter. Wes Watson hauled in a 58-yard strike from Sage Shindler for the Titans' first touchdown in the first quarter.

Illinois Wesleyan's offensive line looks to open up big holes for the second straight week when the Titans travel to face Washington (Mo.) at St. Louis.

Skyler Metzger's role changed for Illinois Wesleyan's football team in the preseason. The senior linebacker is gaining confidence and made 14 tackles in the Titans' first win of the season.

Seth Albin took back the opening kickoff 90 yards for a touchdown which set the tone as Illinois Wesleyan rolled over Elmhurst for its first win of the season.

Illinois Wesleyan's players and coaches insist there is still plenty to play for this season despite a 1-4 start.

Illinois Wesleyan cornerback Tyler Maple has been preparing in the offseason to face Colton Lockwood and will try to limit Millikin's star receiver. 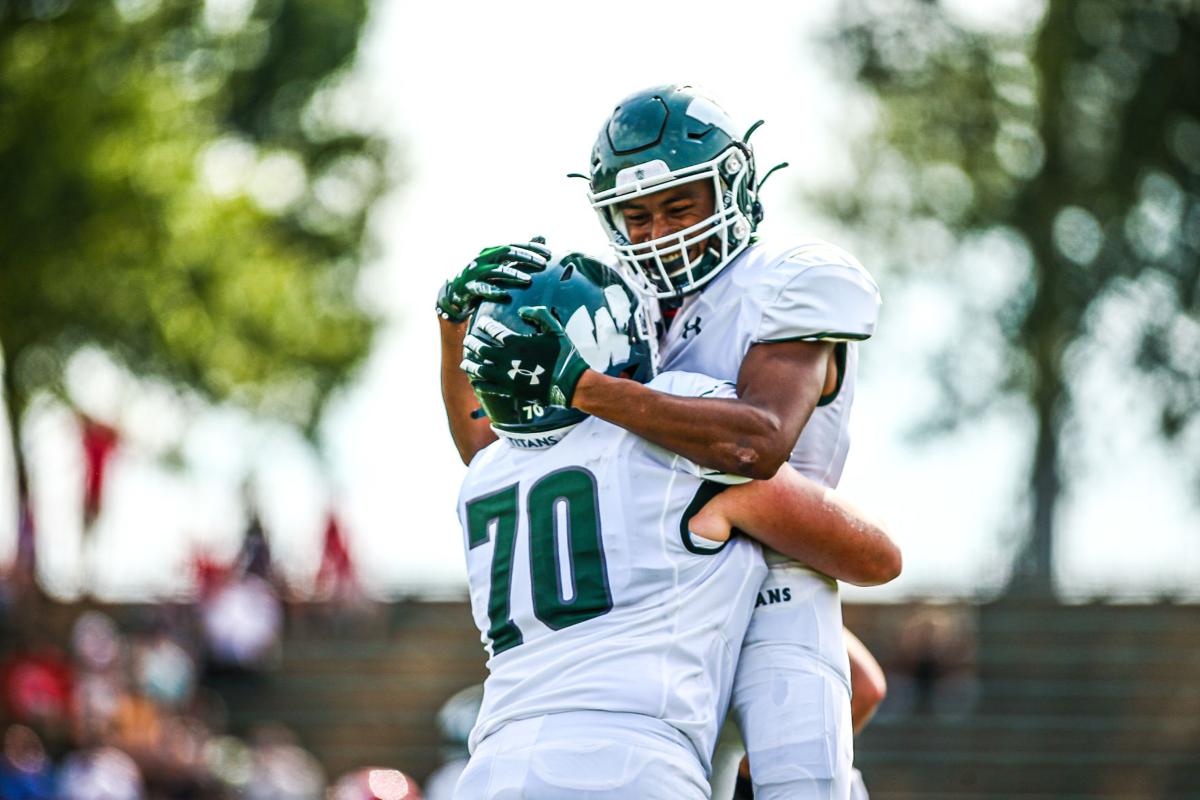