KALAMAZOO, Mich. — The feast of a 49-point outburst last Saturday in a season-opening victory turned into a raging famine for the Illinois State football team Saturday at Waldo Stadium.

“We got beat up front, no doubt about it,” ISU coach Brock Spack said after the Redbirds’ 28-0 loss to Western Michigan. “We couldn’t get much going. We struggled with their front. They did a great job.”

The Redbirds netted a scant 57 yards of total offense on 45 plays while being shut out for the first time since 2012. The Broncos’ defense tied a school record for fewest yards allowed originally set in 1972.

ISU dropped to 1-1 and did not move the ball inside the home team's 28-yard line.

“I have to give them credit. They are a really good team,” ISU center Drew Bones said. “We all thought we could beat them, and I still think we could. But we didn’t play the best we could. I don’t want to say they out-physicaled us. I felt like we played pretty physical. We have to watch the tape, learn and move on.”

The Broncos, who opened with a loss to Michigan, knocked the Redbirds back on their heels on the opening drive with a 11-play, 75-yard march. La'Darius Jefferson bulled the final yard into the end zone at the 5:22 mark of the first quarter.

“I think it was a matter of getting our feet under us. I don’t think we were us the first drive,” Redbird linebacker Kenton Wilhoit said. “We calmed down after that first drive and settled in.”

The Redbirds did not notch a first down until a Jalen Carr 13-yard sweep on ISU's third possession.

Quarterback Bryce Jefferson rushed for 16 yards (ISU’s biggest play all game) to the Western Michigan 28. But Kevin Brown was stopped for no gain and Jefferson was sacked for a 5-yard loss as his helmet became dislodged.

Backup Jackson Waring was forced to enter and was dropped for a 3-yard loss on a third-down draw to knock the Redbirds out of field goal range.

“We hurt ourselves the first half with pre-snap penalties and negative yardage plays,” said Spack. “You can’t be third and long all night like we were.”

A Jude Okolo forced fumble and Josh Dinga recovery halted a Broncos' drive at the ISU 9, but the Redbirds' offense could not capitalize on the turnover.

Western Michigan surged ahead 14-0 with 2:13 left in the first half on a 3-yard touchdown surge from Sean Tyler.

The Broncos scored second-half touchdowns on a 24-yard pass from Kaleb Eleby to Jaylen Hall and a 4-yard charge by Jefferson.

"This was a big opportunity. We trained all week expecting to win. You never expect to lose. To have the outcome we had is disappointing, but it’s only week two.”

La’Darius Jefferson finished with 108 yards on the ground as Western Michigan amassed 407 yards of total offense.

“We had our moments (defensively),” Spack said. “They didn’t lay down. The backers came and played hard, and we made some nice plays on the ball.”

Carr’s one carry for 13 yards made him ISU’s top rusher with the Redbirds totaling 28 yards on 25 attempts. Bryce Jefferson did not complete a pass longer than 8 yards and was 8 of 19 for 29 yards.

“Sometimes it looked like we were pretty open, but the quarterback was running,” said Spack. “It’s hard to move and avoid the rush and throw.”

ISU punter JT Bohlken may have been his team's bright spot averaging 49.8 yards on nine boots.

Redbird offensive tackle Peyton Asche left the game in the first half with a knee injury, the severity of which Spack said was unknown.

ISU plays the second of three straight road games next Saturday against Eastern Illinois at 6 p.m. in the Mid-America Classic.

Quarterback Bryce Jefferson was both steady and productive as Illinois State defeated Butler.

Watch now: Shildt thanks the Cardinals players, owners and coaches 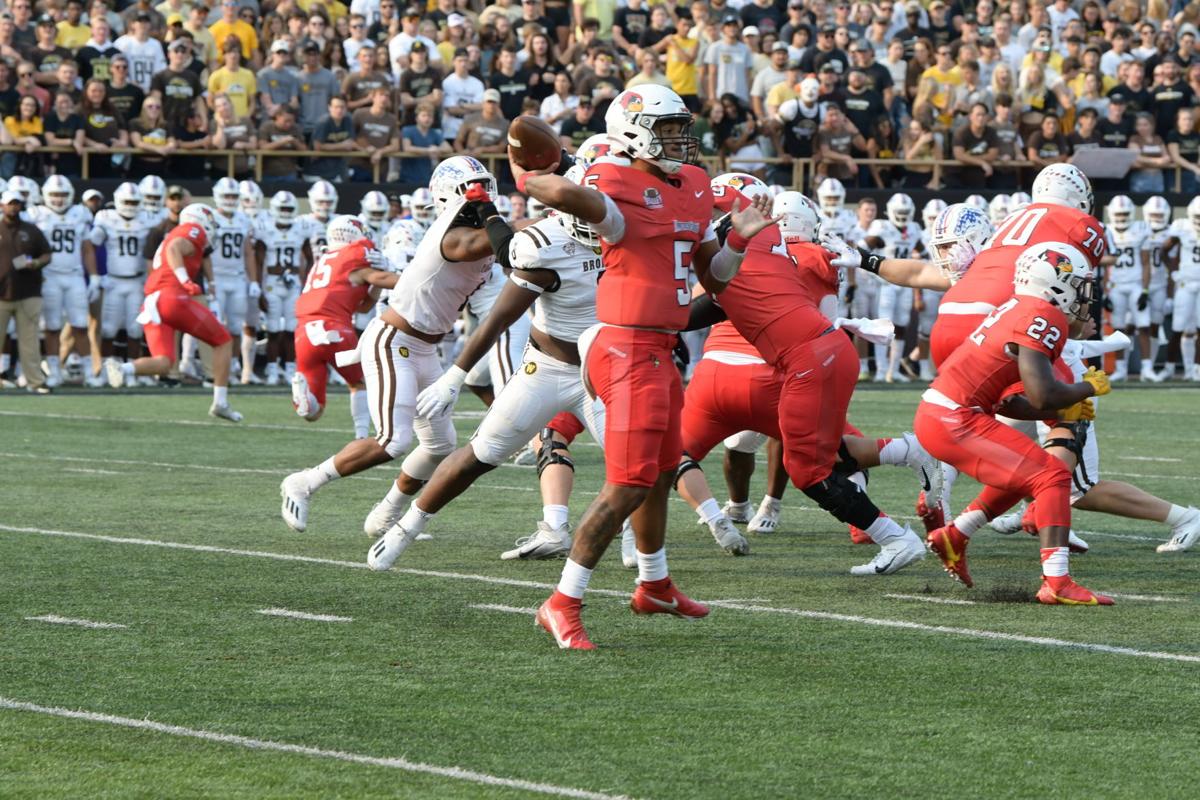 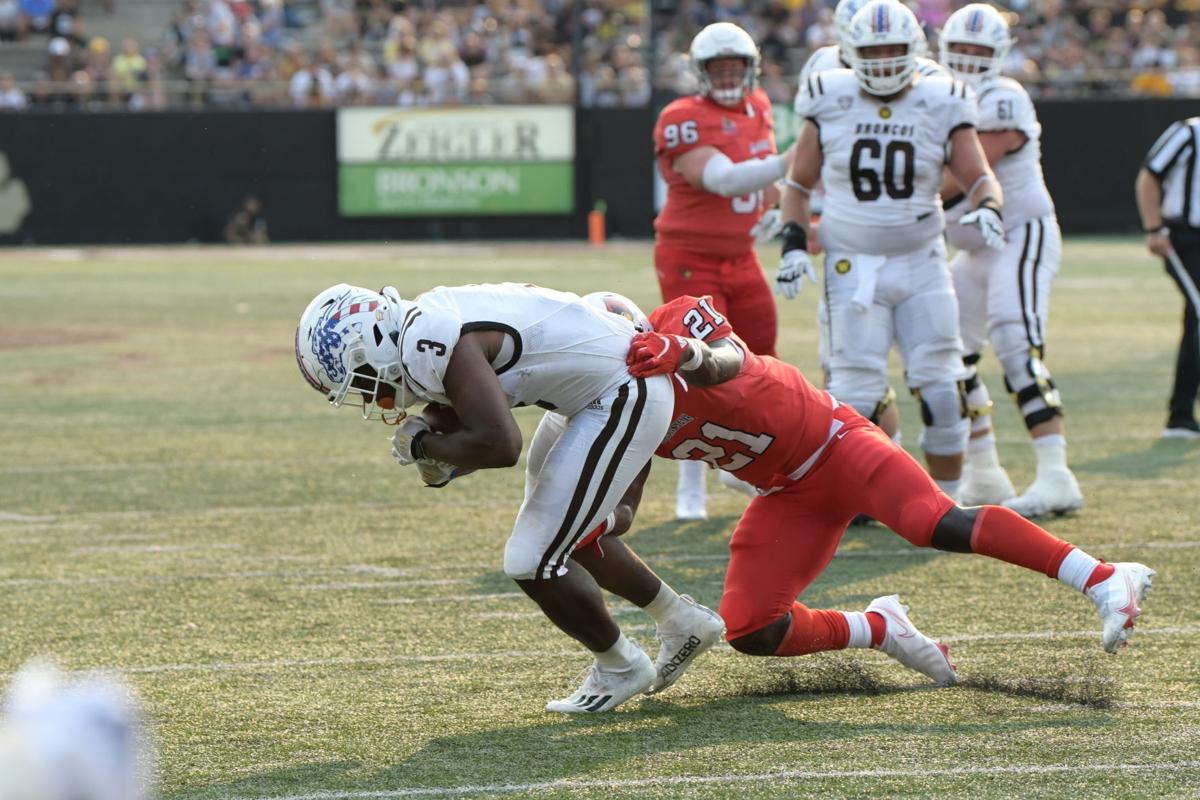 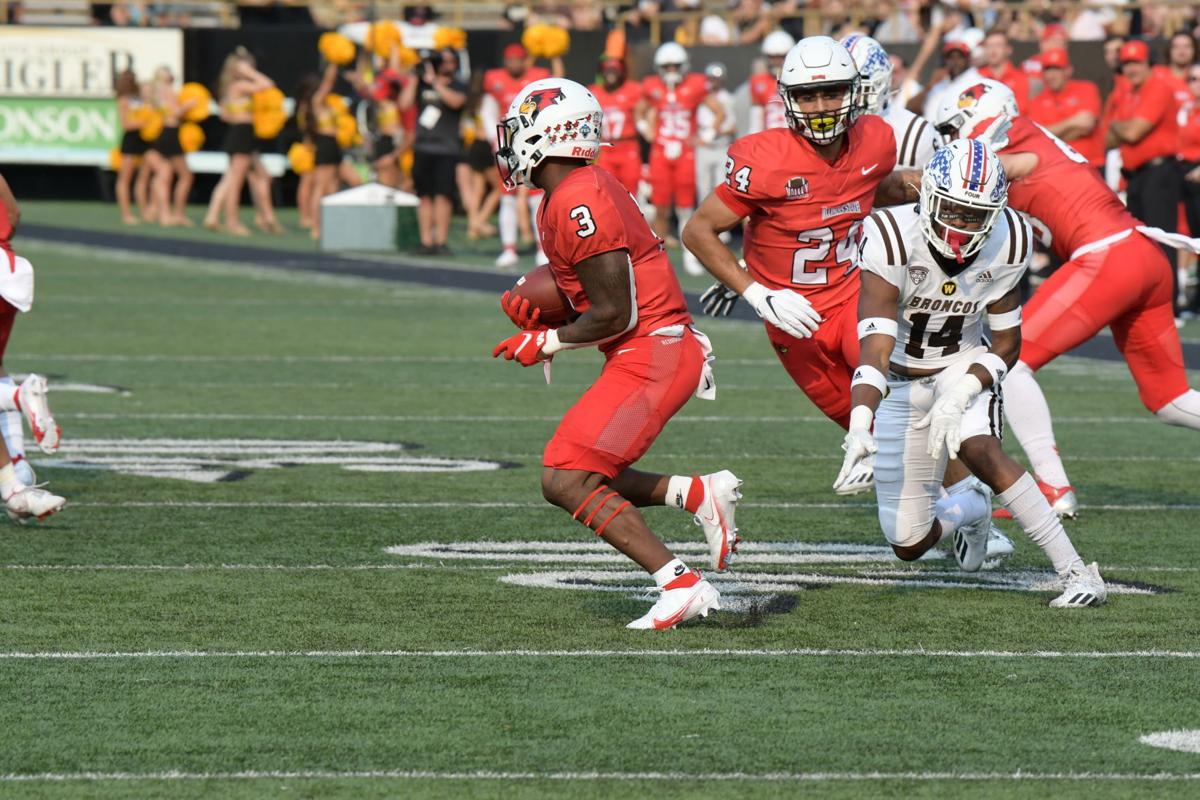 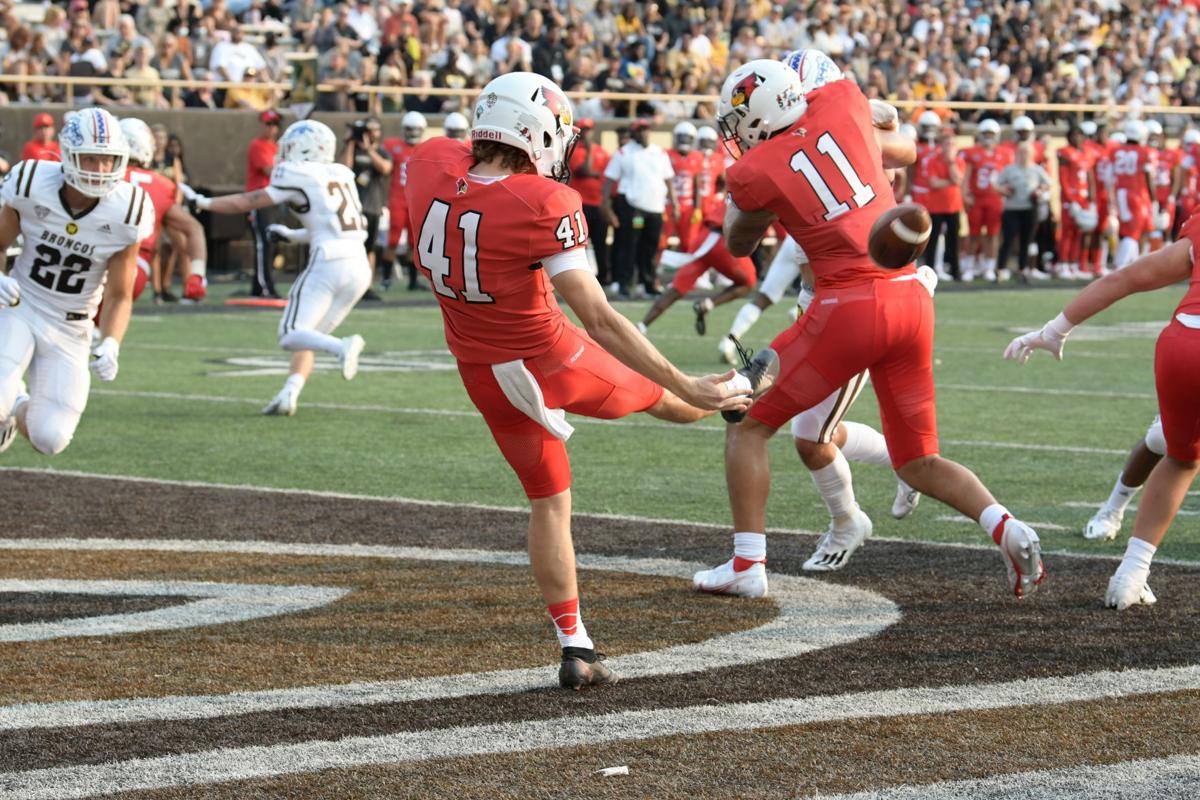