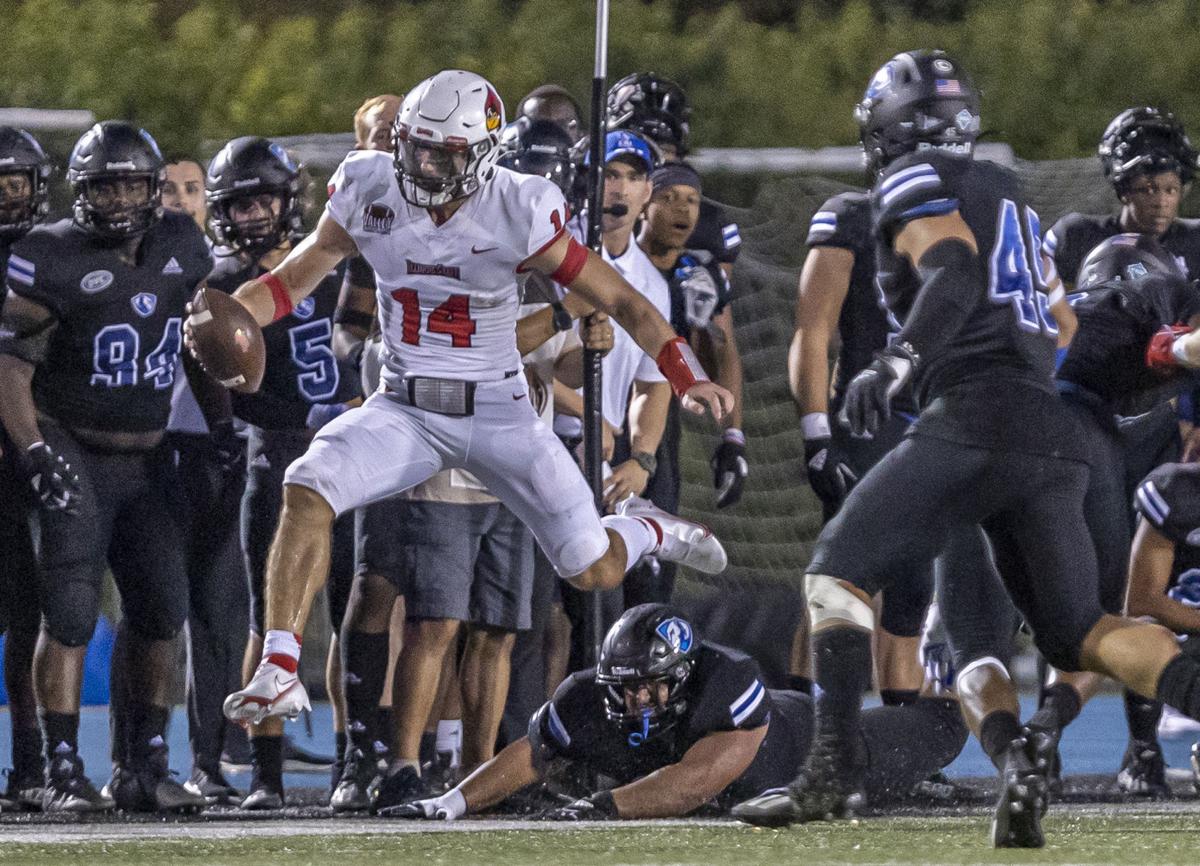 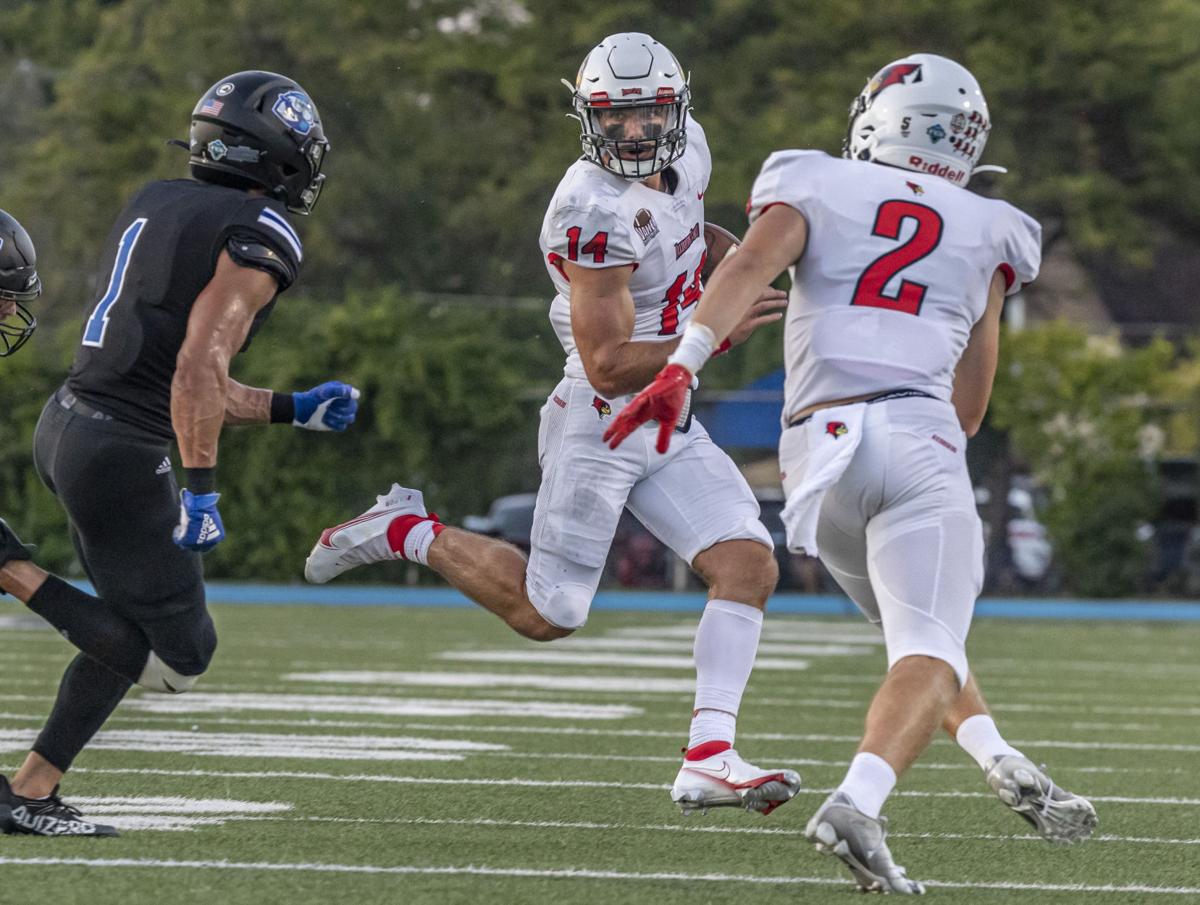 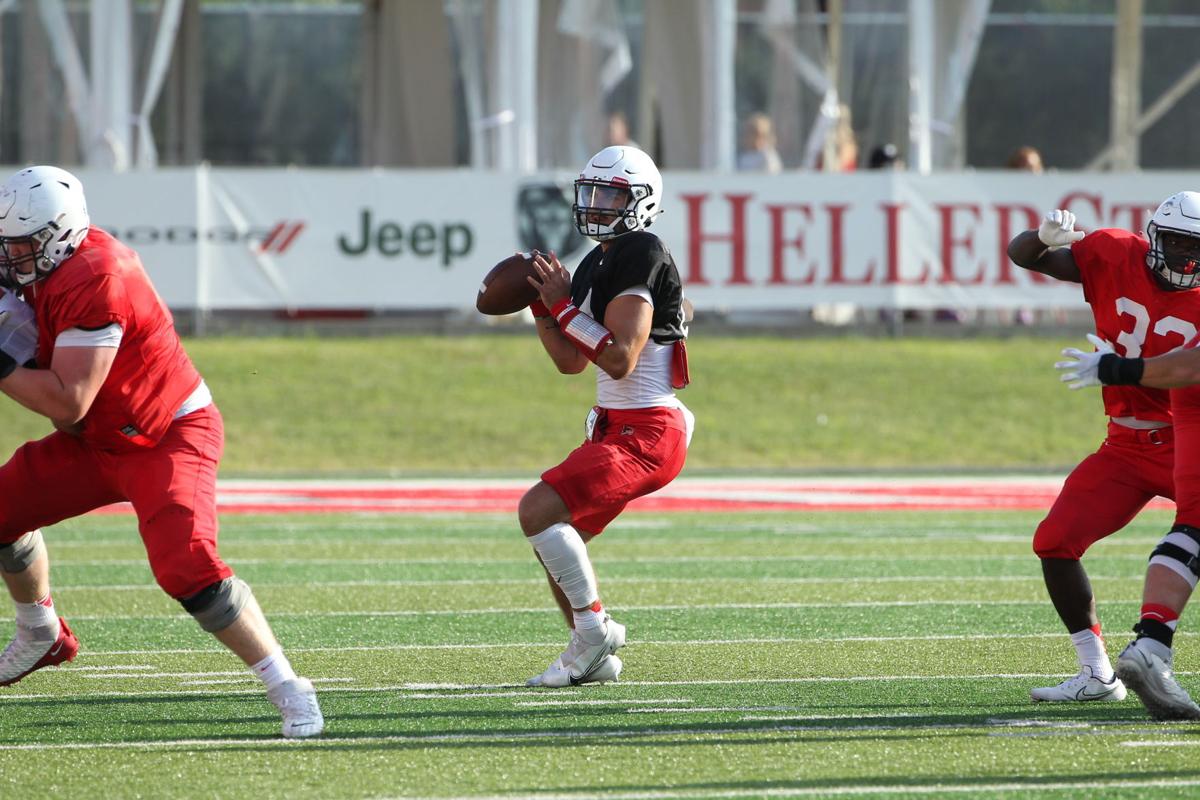 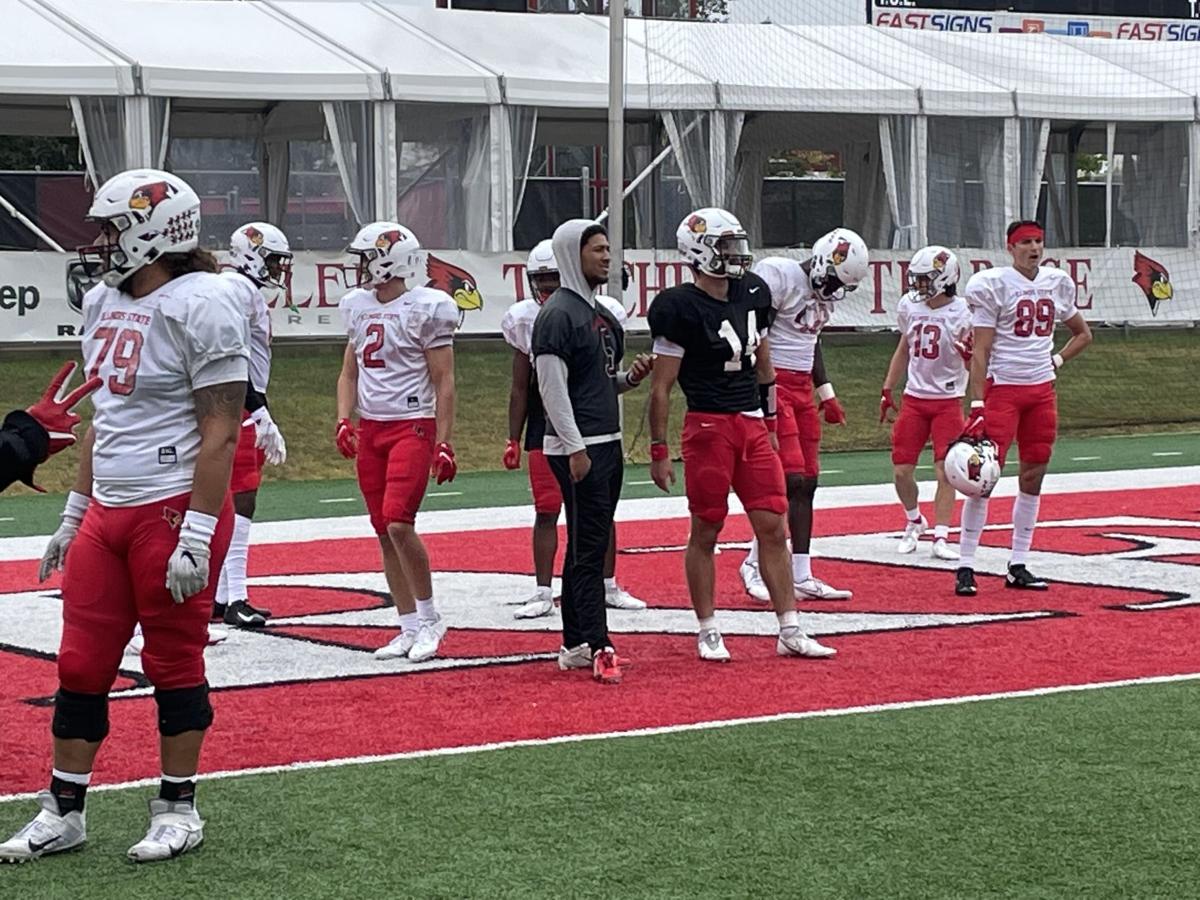 That’s how quickly a college football game can change, and Waring being summoned to the field was a change the Redbirds dealt with on their way to a 31-24 victory over Eastern Illinois.

Waring was called upon when quarterback Bryce Jefferson suffered a shoulder injury, a sprain that will keep Jefferson out of Saturday’s 2 p.m. Missouri Valley Football Conference opener against Southern Illinois in Carbondale.

“When it happened it’s the mentality you’ve got to be the next man up and you’ve go to be ready to take on the situation,” Waring said. “I think that’s exactly what I did. The offensive line embraced it and so did the whole team. They rallied behind me. I can’t appreciate them enough for that and we got the job done.”

A freshman from Ankeny, Iowa, Waring completed 5 of 7 passes for 33 yards and rushed for 15 more, including an 8-yard touchdown. Waring now prepares for his first college start against the No. 7-ranked team in FCS.

“That gave me a lot of great preparation and a lot of confidence as well,” Waring said. “It gave me a feeling for what a full college football game feels like, the speed of it.’”

ISU coach Brock Spack was encouraged by Waring’s performance, pointing out one dropped pass prevented Waring from a 6 of 7 ledger.

“He ran the offense pretty well and did some good things,” Spack said. “I hope he learned a lot because he’s got to get on the horse and ride it now.”

ISU relied on its running game against the Panthers, especially after Waring lost a first-half fumble while scrambling.

“Take away one play, and I think he had a really good night,” said Spack. “The fumble was a weird play. Young quarterbacks have those sometimes and he had his. We kept things pretty simple for him and he executed.”

Redbird quarterbacks coach Andy Belluomini also gave Waring high marks for his “poise and composure. He never even flinched. He ran the offense well was efficient in the pass game. I asked him if he was OK after the first drive, and he said, ‘yeah, what are you talking about?’ ”

Waring was fine with a reliance on a ground attack against Eastern.

“It’s all good,” he said. “We stuck with the game plan of shoving it down their throat, and that’s exactly what we did. I got a few passes in there, but what we really need to do is run the ball.”

Belluomini is confident Waring is able to handle the entire playbook Saturday.

“It (the Eastern game) was more we were just running the ball so well. I wasn’t not having confidence in Jackson,” Belluomini said. “Absolutely, the whole playbook is open. He is ready to go Saturday.”

Spack would not be surprised if Southern Illinois concentrates on stopping the ISU run, but added “that’s what most people do anyway, force you to throw it. That’s the more difficult thing to do with a lot of moving parts in the passing game.”

Waring saw two rushing attempts in ISU’s four-game spring season in relief of Jefferson and has been on campus since the summer of 2020.

“I think COVID kind of messed with the entire classification thing,” he said. “I don’t really feel like a freshman with how things have gone.”

Waring was consulting with both Belluomini and Jefferson at practice Tuesday morning.

“He (Jefferson) was sharing knowledge and helping me with some coverages,” said Waring. “He’s sharing what he sees on the field, and we’re helping each other out.”

Spack believes the most likely scenario is Jefferson sits out Saturday and the Oct. 2 home game against Missouri State with a likely return (after a bye week) for the Oct. 16 home game versus North Dakota State.

“It will take a couple weeks to gain mobility and motion back in his shoulder,” said the ISU coach. “The good news is it wasn’t dislocated. He has to rehab it. I think Bryce will be a coach this week. We don’t want to put him out there too early.”

Redshirt freshman Britton Morris moves up to second string quarterback. True freshman Timothy Dorsey is the new No. 3. True freshman Tommy Rittenhouse also will travel to Carbondale as an emergency option but will not dress for the game.

If it couldn't be Hancock Stadium, Brock Spack found a fitting place to set an Illinois State coaching standard.

NORMAL — Illinois State's roster looks much different than the last time it took the field for a full season in 2019, and even from the 2020 s…

Illinois State fell to Southern Illinois despite a strong first half.

Jackson Waring made his first start at quarterback in Illinois State's loss to Southern Illinois.