GEORGE TOWN, Grand Cayman — Illinois State shot 27.1% from the field and was outrebounded by 19 as Rhode Island downed the Redbirds, 57-44, in the Cayman Islands Classic seventh-place game Wednesday at John Gray Gymnasium.

ISU lost its fourth straight game to fall to 2-5 as it finished 0-3 in the tournament. The Redbirds begin Missouri Valley Conference action when they travel to face league newcomer Murray State on Dec. 1.

"Part of what we're learning and running into is following the game plan and staying the course in how we want to play and how we want to execute," said Pedon on his postgame radio show. "We didn't do that very well today."

Kendall Lewis was ISU's only player in double figures with 14 points. Malachi Poindexter and Colton Sandage had eight points each and Seneca Knight had seven. ISU made 7 of 21 shots from 3-point range and 6 of 27 inside the arc.

"Making mistakes is one thing when you have a new team playing games together early in the season. It's going to feel a little murky sometimes," said Pedon, in his first year as ISU's coach. "But when you continue to make the same mistakes or allow the same things to beat you, that's on all of us, coaches included.

"We have to put them in better positions. Whether that reflects in playing time for some guys, I think you're starting to see that a little bit. I'm getting a little impatient with some of our same mistakes. I'm going to ride with the guys that I know I can trust to do the things — and they don't have to be perfect — that are necessary to win."

The Rams grabbed a 47-28 rebounding advantage, including 19 offensive boards. Lewis and Knight had seven rebounds each for ISU.

"(Our) want to is great. Execution is what we're after," said Pedon. "We have to do a better job of that. I have no excuses. We're fully accountable for how tough we're playing and how strong we're playing. I didn't think effort was a problem in the game ... us finishing plays could be better."

ISU closed the gap to 38-35 on Knight's 3-pointer with 11:44 left. However,  the Redbirds only scored nine points the rest of the way.

"Today defense gave us a chance to win. Our rebounding didn't," said Pedon. "Offensively there's a couple areas I'm not happy with. We need to address those and those are going to have to change promptly."

Rhode Island enjoyed a 24-22 halftime lead after both teams struggled to get anything going offensively. ISU held the Rams to 25.9% shooting, including 1 of 7 on 3-pointers, but the Rams owned a 23-11 rebounding advantage which included nine on the offensive end.

The Redbirds made 32% of their field goal attempts in the first half, going 4 of 12 from distance.

Photos: Western Illinois comes back in the second half to edge Illinois State

ISU off to Cayman Islands. 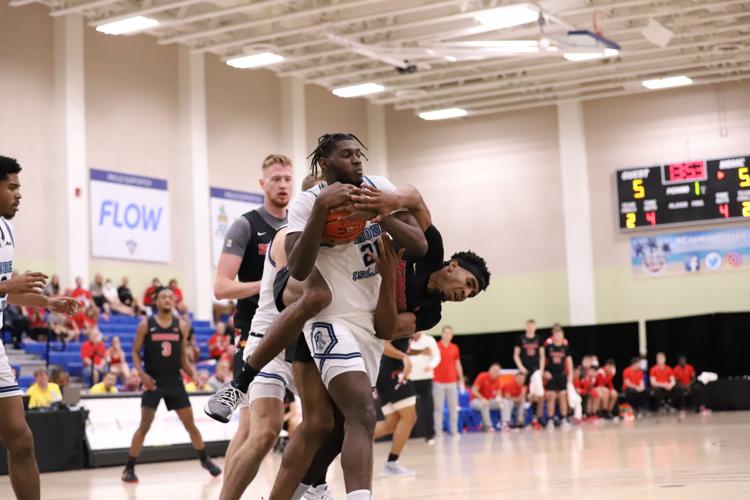 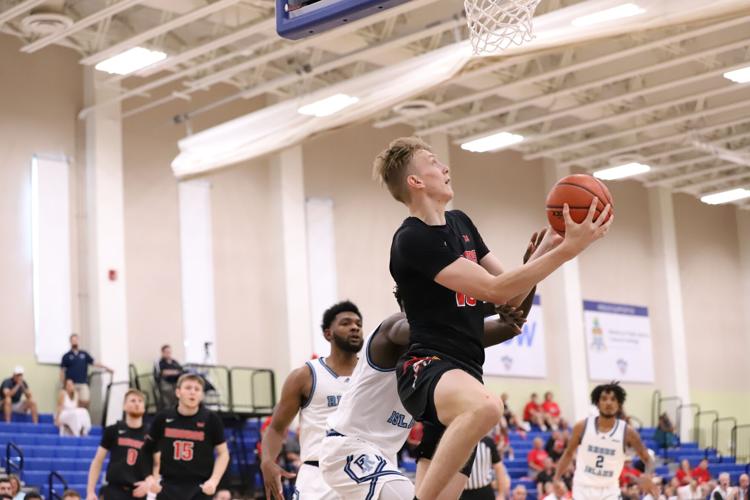 Illinois State's Liam McChesney goes for a reverse layup in the first half of Wednesday's Cayman Islands Classic seventh-place game.