For Rutgers, no spot on the court was safe from the Illini’s swarming defense.

Illinois limited the Scarlet Knights to 29 percent first-half shooting and rocketed to a 20-point halftime lead that only grew larger after the break as the Illini manhandled Rutgers 86-51 on Friday in the Big Ten Conference opener for both teams before a crowd of 14,501.

“We made it hard for them,” said Illinois coach Brad Underwood, whose team moved to 6-2 with its fourth straight victory. “There’s no doubt we’re getting better. Defensively, early in the year we didn’t step on people.”

“I told him Ron goes to bed every night envisioning Coleman Hawkins in a pink tutu. Last year he had his way with him. He had him on skates,” the Illini coach said. “I think Coleman is an elite defender. He took on the challenge of one of the best players in the league. He made it difficult for him, and that really set the tone.”

Harper Jr. connected on only 1 of 9 shots and finished with five points, nearly 12 below his average.

“Coach has been on me for a while about Harper. ‘We need a forward. Who we going to put on Harper,’ ” said Hawkins, who had three steals and two blocks. “I took the challenge and I thought I did a pretty good job. Taking him out of the game, they didn’t really have any other options.”

Illinois did not lack for offensive firepower, either.

A Plummer 3-pointer handed the Illini an 18-7 lead and seven consecutive Grandison points kept Rutgers doubled up at 36-18.

“It started with our defense,” said Grandison, who finished with 16 points. “And the ball was popping. Everybody was getting touches.”

“Jake is just an elite shooter,” Underwood said. “You have to extend on him. Right now, he’s shooting the cover off it.”

Rutgers (4-4 overall) never pushed the Illini in the second half. Plummer followed up a fast break layup with a 3-pointer from the right wing at the 12:33 mark for a 60-34 Illinois margin.

"We have to get better. We play in the best league in the country. We need to get Geo (Baker) back," Rutgers coach Steve Pikiell said. "We could use his leadership. Paul (Mulcahy) got in a little foul trouble, and we needed him on the court for much more minutes in this basketball game than he was able to play."

After scoring 25 points in his first four games as an Illini, Plummer has now rattled off four straight outings of 21 or more after topping Illinois with 24 points.

The Knights were outrebounded 47-33 and placed only Jaden Jones in double figures with 10 points.

Illinois also played without a key backcourt player because of injury in point guard Andre Curbelo.

The Illini travel to Iowa on Monday to take on the arch rival Hawkeyes.

The Illini triumphed in the Big Ten/ACC Challenge.

Illinois heads to Iowa to face the Hawkeyes.

Illinois moved to 2-0 in the Big Ten.

The Illini dropped to 7-3 while Arizona stayed unbeaten. 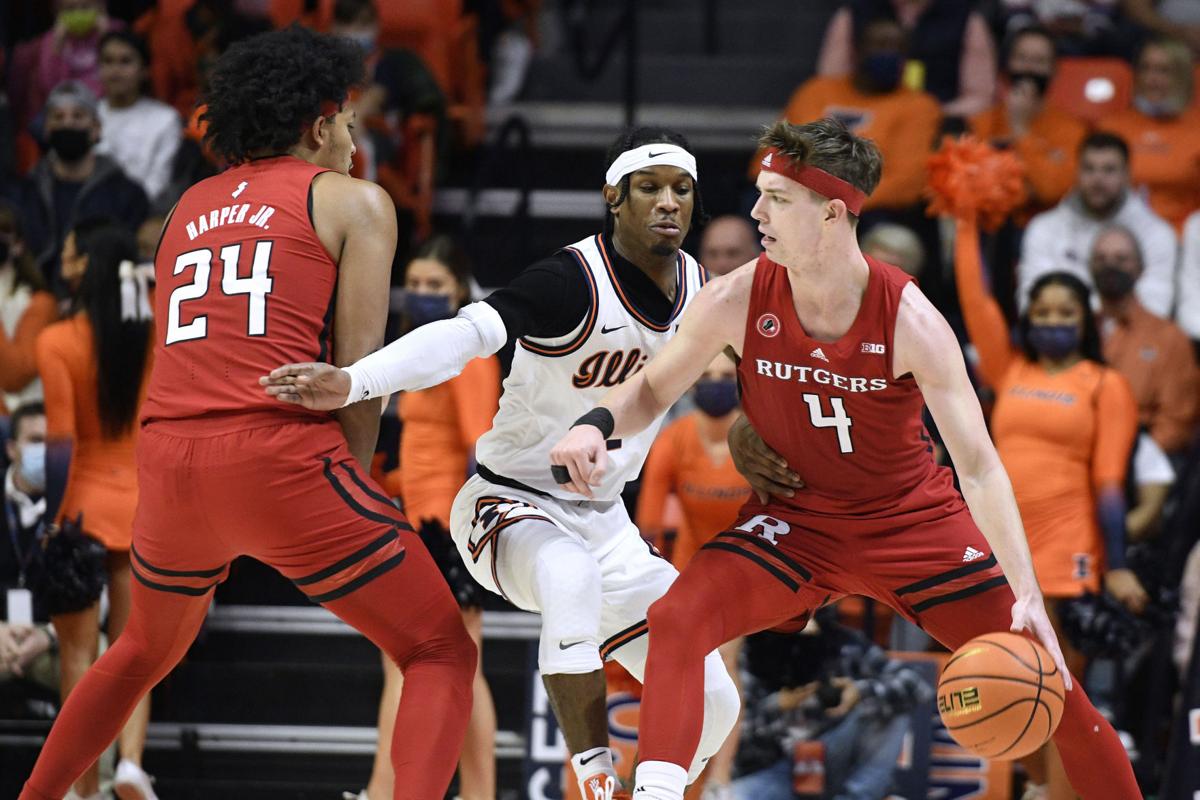 Rutgers' Paul Mulcahy (4) dribbles the ball as Ron Harper Jr. (24) sets a screen on Illinois' Trent Frazier during the first half Friday in Champaign. 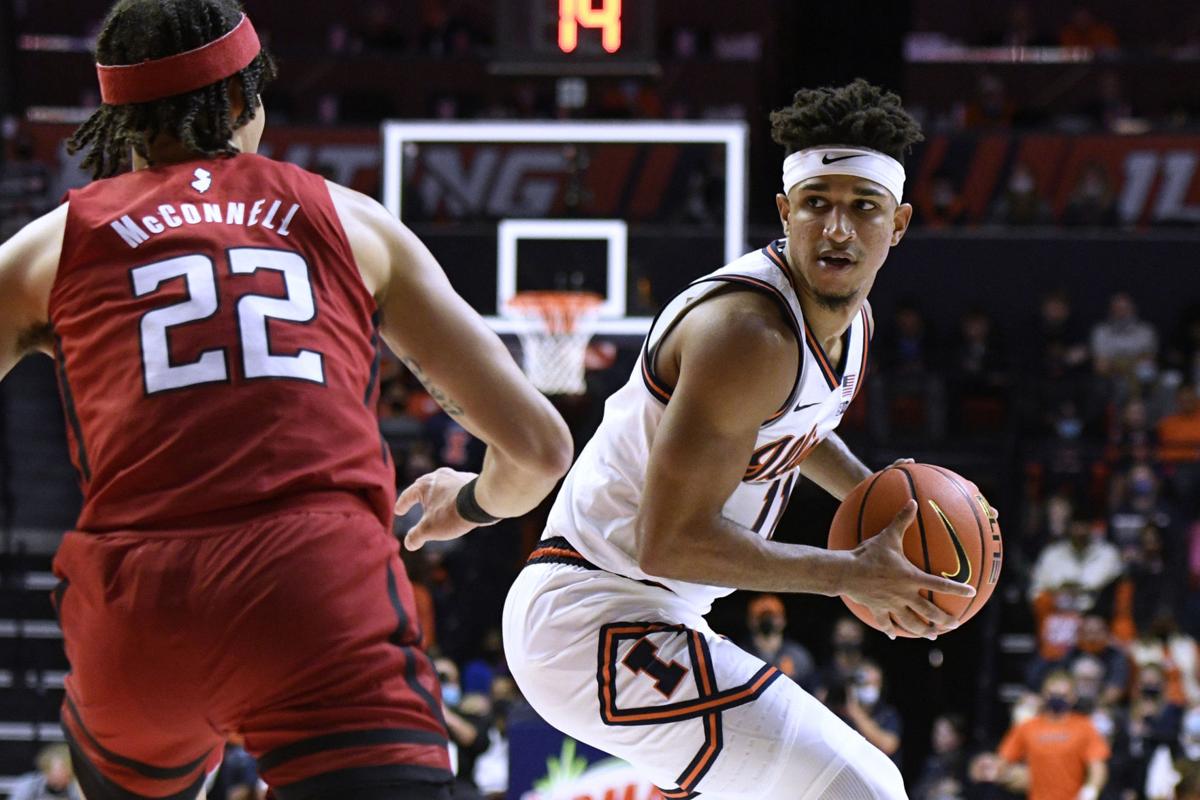 Illinois' Alfonso Plummer (11) is defended by Rutgers' Caleb McConnell during the first half Friday in Champaign. 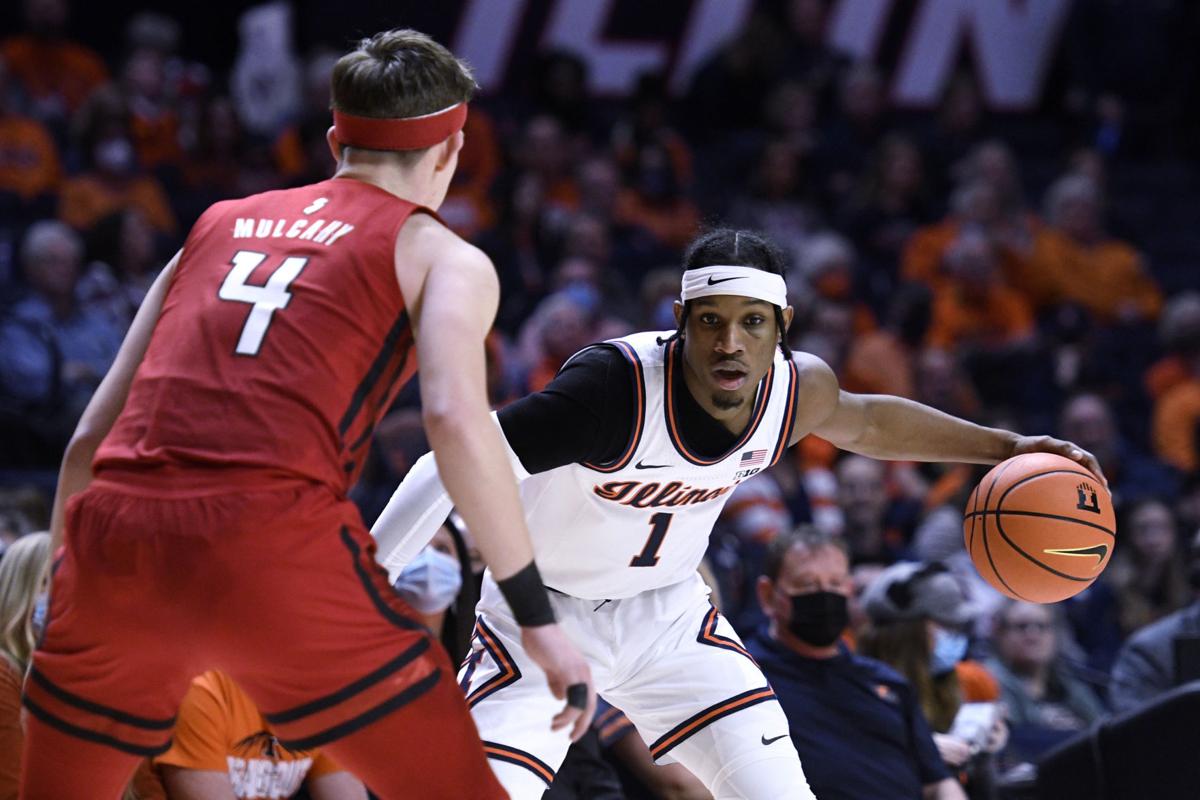 Illinois' Trent Frazier (1) dribbles as Rutgers' Paul Mulcahy defends during the first half Friday in Champaign.