Watch now: 3 thoughts as the Chicago Cubs kick off their final homestand of the season 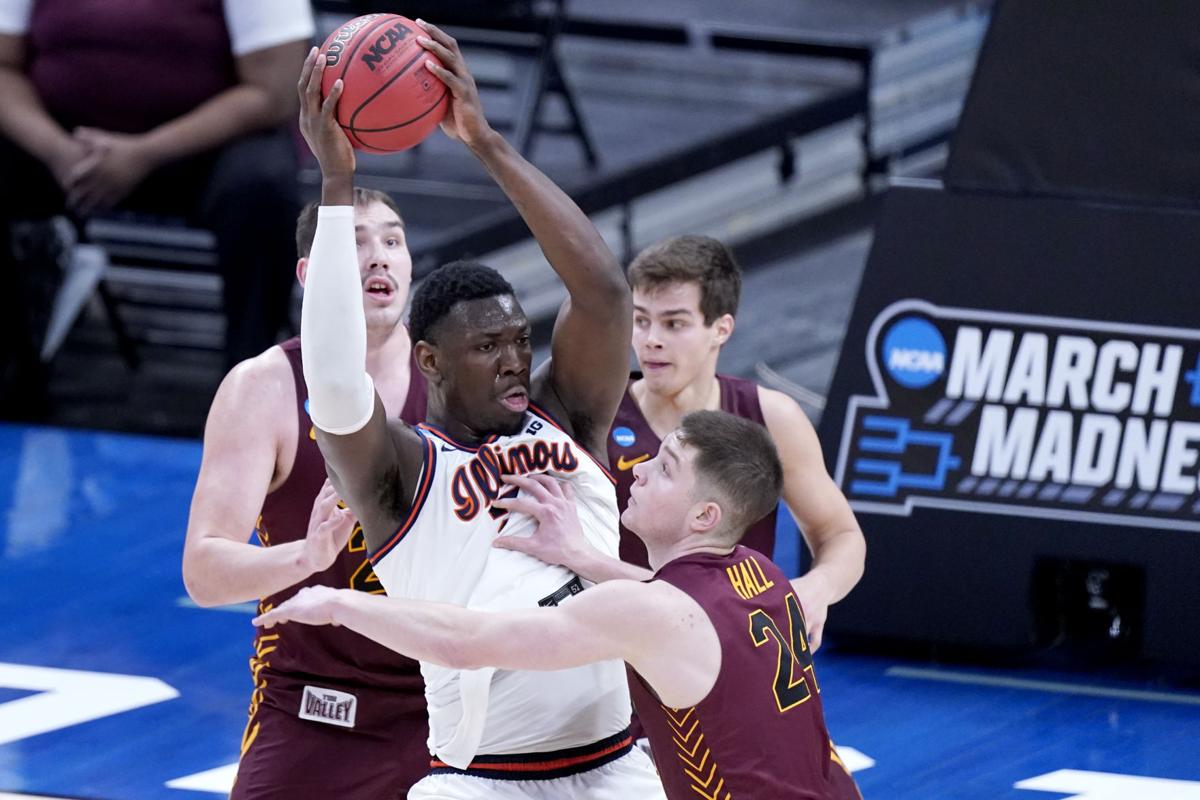 Kofi Cockburn, center, announced Tuesday that he was withdrawing from the 2021 NBA Draft. It is unclear if he will return to Illinois for his junior season. 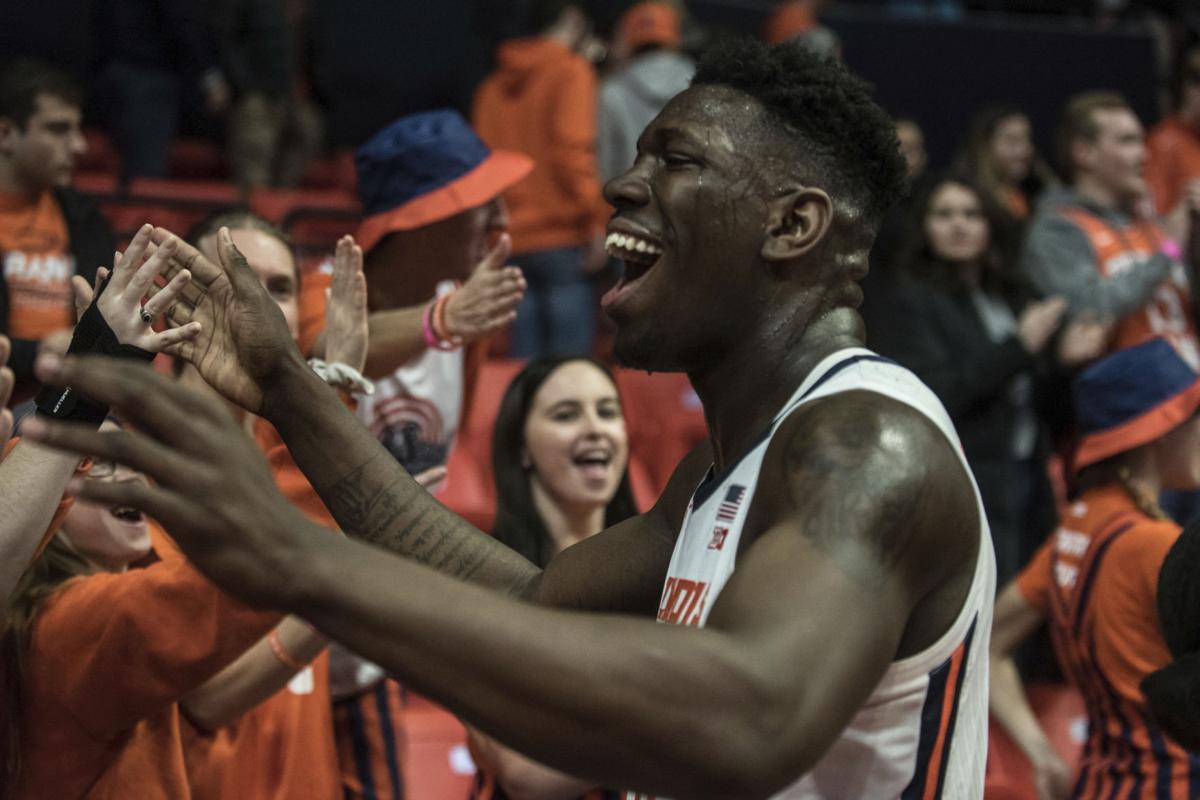 Former Illinois star Kofi Cockburn has withdrawn from the 2021 NBA Draft and will remain in the NCAA transfer portal.

CHAMPAIGN -- Former Illinois star Kofi Cockburn is returning to college, but whether or not he rejoins the Illini remains to be seen.

Cockburn withdrew from the 2021 NBA Draft on Tuesday, as first reported by Prospective Insight's Andrew Slater, and will remain in the NCAA transfer portal. The deadline to withdraw from the NBA Draft and still maintain NCAA eligibility is Wednesday.

7’ Kofi Cockburn will withdraw from the NBA Draft. @kxng_alpha will explore his college options, including a potential return to Illinois. This season, Kofi was named a 2nd-team All-American & earned 1st-team All-Big 10 distinction. He can elevate a program to a National Title. pic.twitter.com/5A61W2qX5s

"I'm pretty much open. There's a possibility I return to Illinois and a possibility I don't," Cockburn told ESPN's Jonathan Givony on Tuesday. "I want to make a quick decision as soon as possible. I don't want to go back and forth. I'm going to take some visits, but I'm not sure where."

Slater and ESPN's Jeff Borzello reported that Cockburn entered the transfer portal July 1, which was the last day to do so while still maintaining eligibility for 2021-22 NCAA season. Cockburn simultaneously remained in the NBA Draft for a few more days before eventually pulling out.

The 7-foot center initially declared for the NBA Draft in April, but he was not projected among the 60 picks by CBS Sports or ESPN. Cockburn told ESPN that he wasn't pleased with the feedback he received from the NBA and decided to come back for another year to "raise my game and improve my draft stock."

Now that he's returned to college, Cockburn will have a long list of suitors as his junior season approaches, including the Illini. Cockburn starred throughout his two seasons at Illinois, winning Big Ten Freshman of the Year honors in 2019-20 and building on that with a consensus Second Team All-American selection as a sophomore. Additionally, he helped the Illini win their first Big Ten Tournament title since 2005 and clinch a No. 1 seed in the NCAA Tournament during the 2020-21 season.

CPS Sports' David Cobb ranks Cockburn, who averaged 17.7 points, 9.5 rebounds and 1.3 blocks per game last season, as the No. 1 player in the transfer portal.

As Cockburn stated, he could still come back to Illinois, but Fox Sports' Aaron Torres reported that there is a strong feeling around the college basketball world that Kentucky is the front-runner for Cockburn.

To be clear, I'm not saying that others aren't going to try to recruit him. Not saying he couldn't end up somewhere else. Not saying he even comes back to college. I'm just telling you, the sentiment is damn near universal that he ultimately ends at Kentucky. At least right now

"Little college hoops note: I've texted with probably half a dozen high major assistants since Kofi Cockburn went into the transfer portal. Many, who recruit aggressively in the portal," Torres tweeted July 1. "Every single one believes Kofi will ultimately end up at Kentucky if he comes back to college.

In a follow-up tweet, Torres added, "To be clear, I'm not saying that others aren't going to try to recruit him. Not saying he couldn't end up somewhere else. Not saying he even comes back to college. I'm just telling you, the sentiment is (darn) near universal that he ultimately ends (up) at Kentucky. At least right now."

Cockburn told ESPN that Antigua is "the reason I went to Illinois."

"Kentucky? It's a serious option," Cockburn said. "Antigua is my guy. I'm going to consider them, but there (are) a lot of schools. I wasn't really focused on that while I was in the NBA Draft. Now I can take my time and evaluate it better."

Despite holding off on a professional career, Cockburn could still earn a considerable amount of money while in college thanks to nationwide name, image and likeness (NIL) legislation that was passed July 1. These new laws allow NCAA athletes in all 50 states to profit off of their NIL through endorsements.

Illinois guards Andre Curbelo, Trent Frazier and Edgar Padilla Jr. have already inked NIL deals, with Padilla becoming the first Illini athlete in history to do so in a partnership with Six Star Pro Nutrition.

One issue for Cockburn, however, is that he actually began auctioning off his game-worn Illinois memorabilia via The Players Trunk website June 2, which was about a month before NIL laws went into effect and therefore still prohibited for NCAA athletes.

So, regardless of what school Cockburn chooses to continue his career at, he could potentially face disciplinary action from the NCAA.

Illinois basketball uniforms through the years

"It's time to bring a national championship back to Champaign."

"This is where I'm going to cement my legacy. This is why I came."

What's the cause for Sam Darnold's early success?

Kofi Cockburn, center, announced Tuesday that he was withdrawing from the 2021 NBA Draft. It is unclear if he will return to Illinois for his junior season.

Former Illinois star Kofi Cockburn has withdrawn from the 2021 NBA Draft and will remain in the NCAA transfer portal.