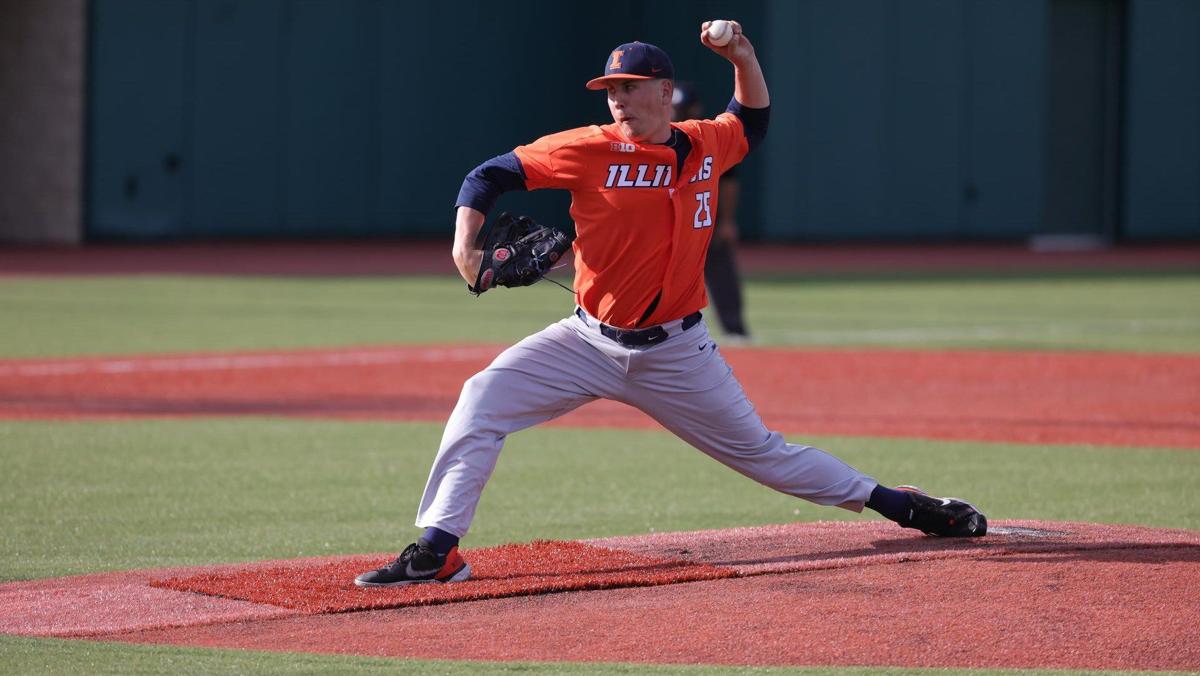 Nathan Lavender looks home before releasing a pitch for the University of Illinois this spring.

Nathan Lavender prepares to throw a pitch for the University of Illinois.

Nathan Lavender was tuned in with great interest to day two of July’s Major League Baseball Draft as rounds two through 10 took place.

“I anticipated going day two,” said Lavender, the El Paso-Gridley High School graduate who played at the University of Illinois. “I was really locked in on the picks, watching each name come up on the board. Obviously, it didn’t happen on day two.”

With rounds 11 through 20 remaining, Lavender adopted a different and decidedly more relaxed approach.

“Later that evening, I said ‘you know what, I’m going to make a tee time, go over to the course and enjoy the day,’ ” Lavender said.

“I was there with mom and dad and my little brother when I got the call,” said Lavender. “It was pretty cool to be with them.”

That call came from the New York Mets, who made Lavender their 14th round draft pick. According to Jim Callis of MLB Pipeline, Lavender signed with the Mets for $125,000.

“I had a couple days down time. Then they called and I flew down to Port St. Lucie,” Lavender said of the Mets’ spring training facility in Florida. “I’m down here now. The plan is to be down here for a few weeks and get acclimated to everything, the ins and outs.”

The Mets are in no hurry to assign Lavender to one of their minor league affiliatesafter the left-hander pitched 57 innings at Illinois this spring and 20 more in the MLB Draft League.

“It’s really exciting,” said the 6-foot-2, 210-pounder. “There are a lot of unknowns, but I’m the type of person who likes to live in the moment and take everything in. I’ll take it one step at a time instead of trying to focus on the future and what that holds. I’ll throw somewhere toward the end of the year.”

While in Port St. Lucie, Lavender is lifting weights, throwing and working on fielding and pickoff drills. The Mets are working with Lavender’s throwing motion to “move as cleanly and efficiently as possible.”

“It was nice to pick the brain of a couple major league vets. I was picking his brain about how he read pitchers,” Lavender said of Crisp. “My pitching coach was another great mind. It was a great experience and the competition was great. It gave me a taste of what minor league ball will be like.”

An old school baseball fan, Lavender’s favorite pitcher of all time retired before he was born.

“Sandy Koufax, even out of all the modern guys. He was phenomenal in what he did,” Lavender said of the Los Angeles Dodgers star left-hander of the 1960s. “I love everything about the guy.”

So how did Lavender’s No. 3 hole at Kappa turn out after becoming a major league draft pick?

Two pitchers with Pantagraph area ties heard their names called Tuesday on the final day of the MLB Draft.

Alex Steinbach's walk-off single gave the CornBelters a 5-4 win over the Bobcats in the Kernels Collegiate League championship game.

Nathan Lavender looks home before releasing a pitch for the University of Illinois this spring.

Nathan Lavender prepares to throw a pitch for the University of Illinois. 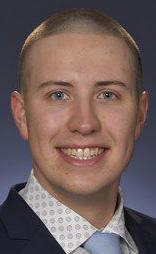