Watch now: What to eat at the 2022 Illinois State Fair

NORMAL — Caleb Jacobs hasn’t given up on baseball.

Through his time with the Normal CornBelters this summer, Jacobs is hoping to prevent baseball from giving up on him.

Jacobs’ baseball adventure began in 2018 at Western Illinois where he batted .197 in 22 games as a freshman.

He transferred to Howard College in Big Spring, Texas, before moving on to Mount Olive, a Division II program in North Carolina, where he earned his college degree.

Jacobs received 12 at-bats and had two hits in 2020 at Mount Olive.

“I had some setbacks. I wasn’t the best position player out there,” Jacobs said. “At some point, you always get told your day is up. For me, it was realizing I have a decent arm and it was time to start using it.”

Jacobs transitioned to pitching about three months ago. His 19⅓ innings with the CornBelters this summer represent his first mound work since high school.

“I’m trying to get on the field,” he said. “I’m looking for any opportunity I can get.”

Early performances have been promising. Jacobs, who did not pitch in Normal’s 15-5 pounding of Springfield on Wednesday, has a 1-0 record and a 4.19 ERA. Working in relief, Jacobs has struck out 21 and walked nine.

“He wants to stay in baseball as long as he can,” said Belters coach Andy Turner. “He figured out the best way to reinvent himself is on the mound. In eight weeks, he’s done that. It’s pretty impressive. He’s a sponge. He wants to learn stuff. He gets better every day.”

Turner and assistant coach Chris Hawkins, Jacobs’ coach at Normal West, were glad to give a former Intercity player a chance.

“His command has been good so far,” Turner said. “He’s got a little more in him. He can play the game at a higher level. I hope he gets an opportunity.”

Jacobs, who also threw three innings for the Blue Caps of the Kernels Collegiate League before joining the Belters, owns a fastball that consistently reaches the high 80s and has peaked at 90-91.

“It’s been great. I’m learning so much. It’s a whole different game inside the game. I like the mentality of getting to compete within the game,” said Jacobs. “I’ve seen a bunch of upside from it. I’ve got a lot of good reviews so I’m going to keep doing it. It’s all learning from this point on.”

Jacobs has two years of college eligibility remaining and hopes to land at a school where he can use them.

“I’m going to go somewhere as a PO (pitch only),” he said. “I’ve got a few schools (as possible destinations). I’m going to leave them off the record.”

Here are three other takeaways from Normal’s convincing victory.

“I felt good. I was seeing the ball like a beach ball honestly,” Kerber said. “I let my hands work and got good results.”

Kerber upped his Prospect League average to .303 and has knocked in a team-high 18 runs.

“Cy is a big bit of a captain (type) guy,” said Turner. "He’s had a lot of fun this summer. I hope he gets another opportunity."

Kerber played first base Wednesday but considers his main position catcher and can also play third base. An Elgin native who began at the junior college level, Kerber is in the transfer portal after receiving just four at-bats this past spring at Tennessee Tech.

“I’m working on trying to find a school for next year,” Kerber said. “Hopefully, fingers crossed, I can stay here in Normal and maybe go to Illinois State. I’m trying to put up numbers here and let the cards go where they may.”

Normal was able to win easily despite being outhit by Springfield 11-9. That’s because the Lucky Horseshoes gave the Belters some help. Make that a lot of help.

Springfield committed four errors over the first three innings as Normal scored three in each frame.

The ‘Shoes finished with a whopping seven errors, three Springfield pitchers combined to issue 14 walks (while striking out only one) and there was one hit by pitch. That’s a practically unfathomable 22 free bases.

“It was an ugly game on their part,” Kerber said. “But we came up with clutch hits when we needed to, droving guys in, moved guys over and stole a lot of bags (six). So it was good all around.”

The win boosted Normal to 13-13, good for second place in the Great River Division behind 16-12 Quincy.

That’s somewhat remarkable considering the Belters rank 14th in a 16-team league with a .241 team batting average and 12th with a 5.84 team ERA.

“Our most important person is our starting pitcher. If we get a good performance, we’ve got some good guys who can battle right behind him,” Turner said. “We don’t have a lot of offense, but we’ve been productive with our offense.”

Starters Olson and Armstong show the way for Belters. 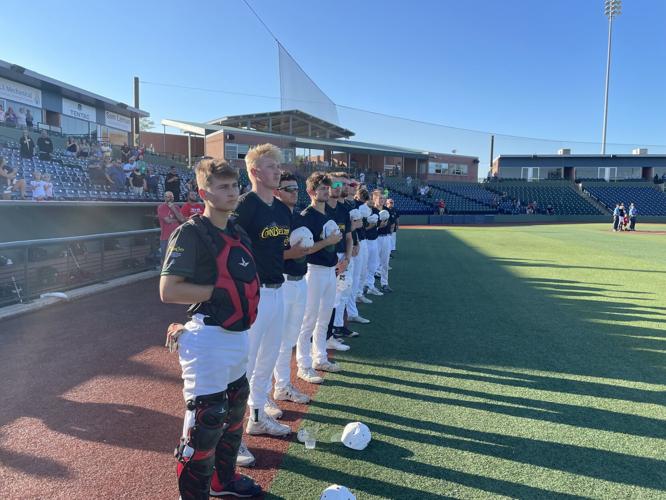 Normal CornBelters players line up for the playing of the national anthem Wednesday at the Corn Crib. 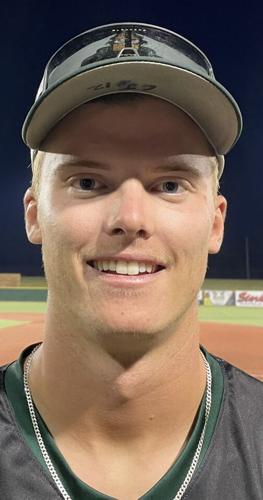 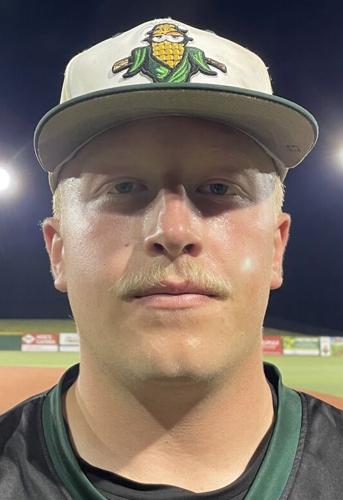