The Chicago Bulls have undergone an almost complete overhaul in the past 18 months. The roster that finished 22-43 during the 2019-20 season, which was interrupted by COVID-19, is nearly all gone — with only Zach LaVine and Coby White remaining.

The new-look Bulls are going to feature a ton of new faces this season, including prized free-agent acquisitions like DeMar DeRozan and Lonzo Ball, fliers on young players with untapped potential like Derrick Jones Jr. and Alize Johnson, and their own pair of rookie second-round picks Ayo Dosunmu and Marko Simonović.

With training camp set to begin at the end of the month, the Bulls roster stands at 18 players, plus two-way guard Devon Dotson. They will have to cut their roster to a maximum of 15 (with two two-way spots) by the start of the season.

Let’s get to know the new faces for this Bulls roster.

Signed a three-year, $85 million contract in free agency completed via a sign-and-trade with the San Antonio Spurs

DeRozan gives the Bulls a third player who averaged more than 20 points per game last season, and his presence should take some of the pressure and on-ball duties off LaVine. DeRozan can create his own shot and excelled distributing for others as a point forward for San Antonio last year. He’s a midrange artist who is uninterested in shooting 3s (or playing much defense), but he should complement LaVine well.

Signed a four, year $85 million contract in free agency completed via a sign-and-trade with the New Orleans Pelicans

Ball’s passing skills and ability to get out in transition make him a good bet to play connector and facilitator surrounded by so many weapons on offense. He’s made strides with his 3-point shooting since entering the league and should get plenty of catch and shoot opportunities. His defense will be a bonus next to other limited players in the starting lineup.

Signed to a four-year, $37 million contract in free agency

Caruso is in position to be the first player off the Bulls bench, which also serves as a slight indictment on the team’s depth. Still, he’s been an elite defender at the point of attack and boasts an impressive shooting percentage from 3, even on low attempts in his career. He should slot in next to LaVine and DeRozan on the perimeter often to take some pressure off them defensively.

Jones, a former slam dunk champion, is probably best known for his high flying dunks. After getting a chance to start with the Trail Blazers last season, he should settle into a reserve role behind LaVine and DeRozan. He’s a solid defender whose length and speed help him excel in transition. The Bulls are hoping there’s still some upside left in the 24-year old.

Signed to a one-year minimum contract in free agency

7.1 points, 5.7 rebounds and 0.7 blocks per game for the Philadelphia 76ers and Oklahoma City Thunder

Bradley gives the Bulls a backup center with a defensive mindset coming off the bench. The former late first-round pick in 2017 had his best season yet in that role, but it will be interesting to see how the Bulls — who are short on big men — utilize him in lineup combos. Will he play next to Nikola Vučević in the frontcourt to serve as the rim protector or will the Bulls prefer to remain small and use Bradley mostly to spell Vučević?

Drafted in second round of 2020 NBA draft

Simonović will be, perhaps, the Bulls’ most intriguing unknown heading into the season. With a shortage of big men in the frontcourt, he should get an opportunity to play and see if his talent can translate to the NBA. From a brief glimpse at Summer League, he should be able to run in transition and stretch the floor, but he’s going to have to get more aggressive around the rim on both sides of the ball.

Selected in the second round of 2021 NBA draft

The path to playing time looked a lot cleaner for Dosunmu after he got drafted and before the Bulls beefed up their backcourt in free agency. However, with the start of White’s season in jeopardy due to offseason shoulder surgery, there could be an opening for Dosunmu to get some playing time at the end of the rotation. It’ll be worth watching to see if the Bulls play him on or off the ball.

Johnson’s deal is technically not guaranteed yet, but comes with a $250,000 guarantee trigger if he is not waived by Oct. 19, according to ESPN’s Bobby Marks. He enters camp as the favorite to make the roster among players on non-guaranteed deals because of his rebounding ability and energy off the bench. He did post a 20-point, 21-rebound game with two blocks against the Indiana Pacers near the end of last season to lead the Nets to a victory without any of their big three players.

(Not included: Tyler Cook, Stanley Johnson, Matt Thomas and Ethan Thompson, whose contracts are all non-guaranteed)

Lakers forward LeBron James was suspended by the NBA on Monday for one game without pay.

The Sacramento Kings fired coach Luke Walton on Sunday after getting off to a disappointing start in his third season in charge.

After signing a four-year, $85 million contract in the offseason, it didn’t take long for Lonzo Ball to live up to the hype.

As the Chicago Bulls try to compensate for the absence of Nikola Vučević, coach Billy Donovan might have to get creative

Getting through the next week without Nikola Vučević might force Chicago Bulls coach Billy Donovan to get even more creative with his rotations.

Chicago Bulls guard Coby White had a smile on his face Wednesday morning after shootaround at the Advocate Center. 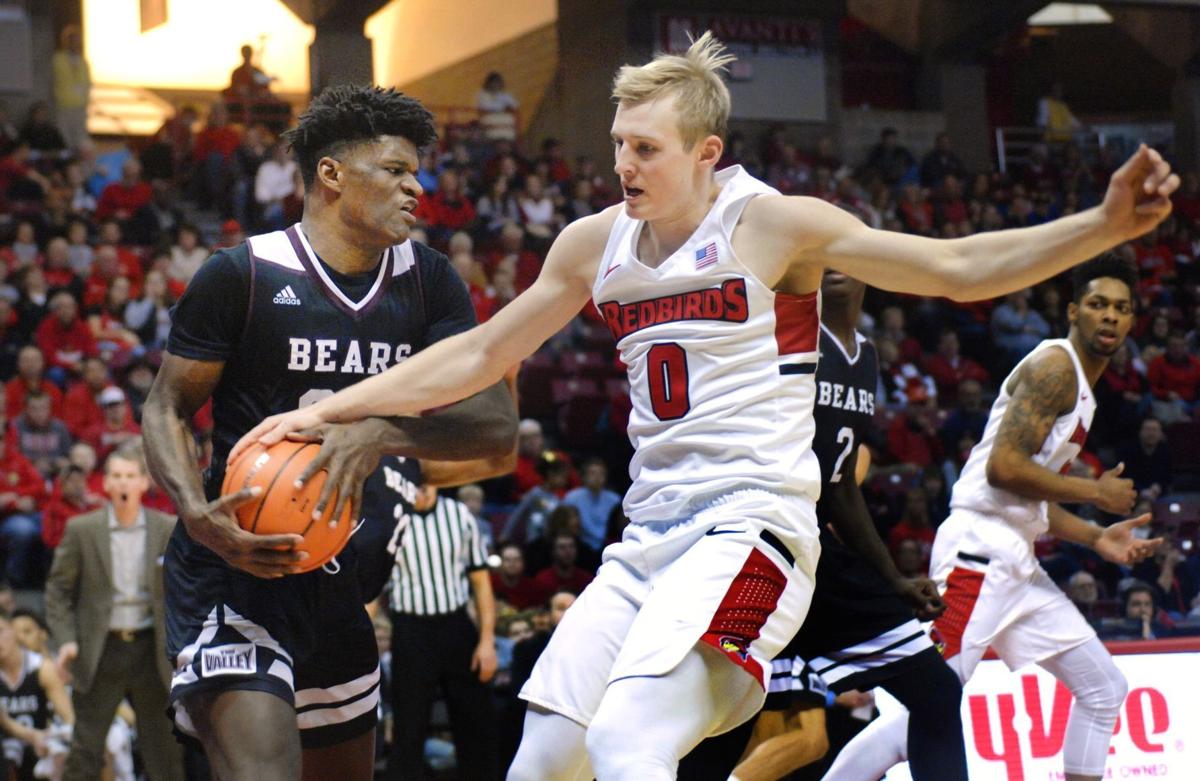 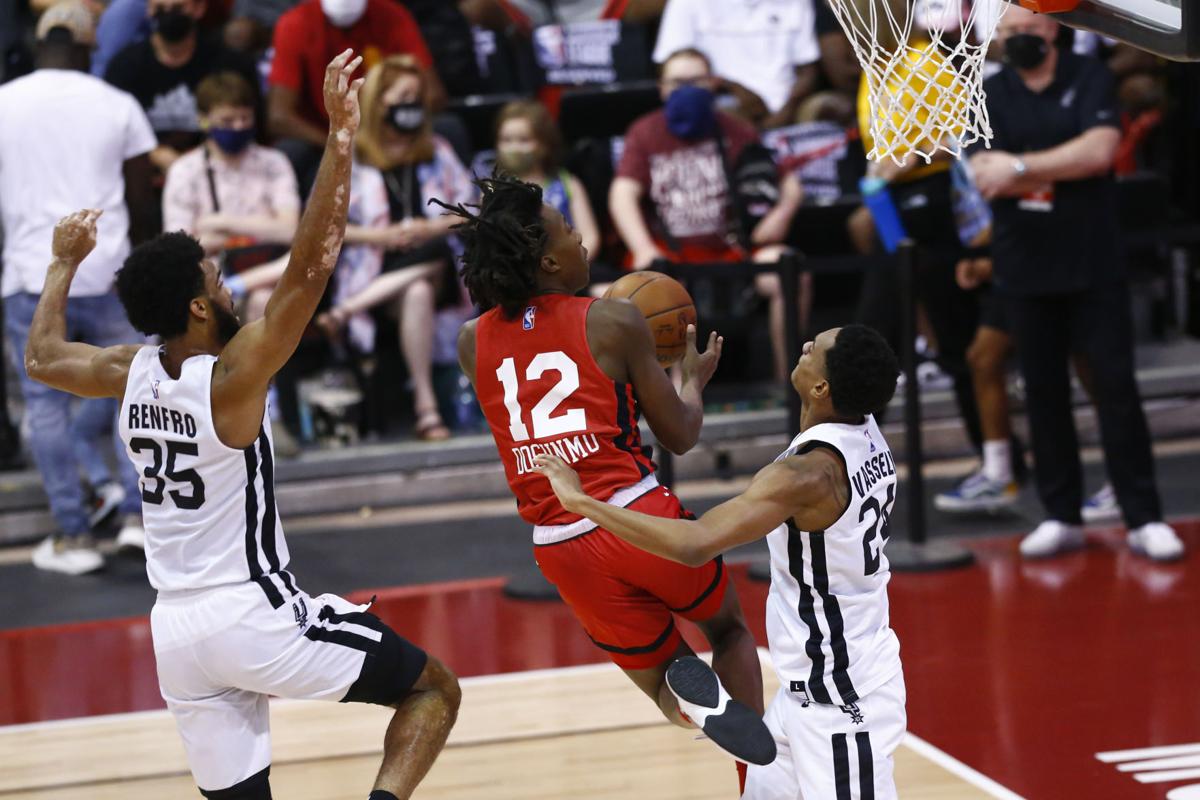 Chicago Bulls' guard Ayo Dosunmu (12) goes to the basket between San Antonio Spurs' Nate Renfro (35) and Devin Vassell (24) during the first half of an NBA summer league basketball game in Las Vegas on Tuesday, Aug. 10, 2021. 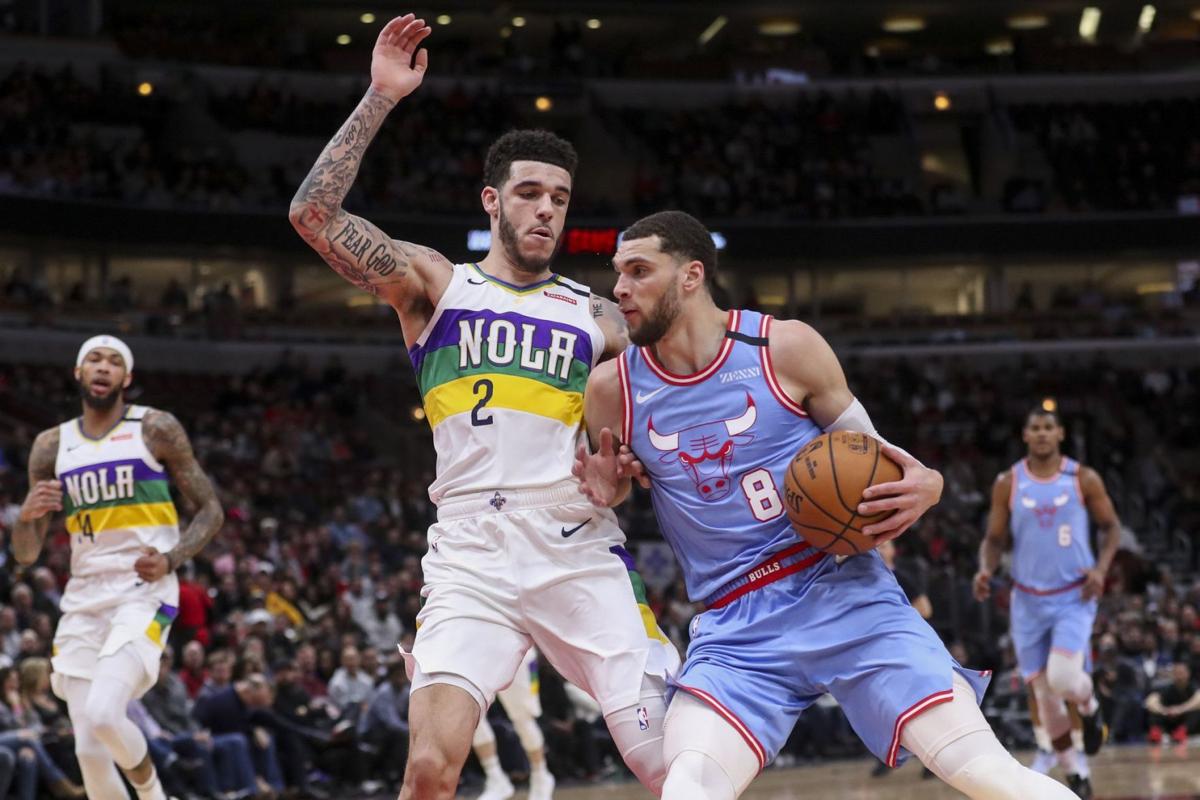 Chicago Bulls guard Zach LaVine (8) drives against New Orleans Pelicans guard Lonzo Ball (2) during the first half at the United Center on Feb. 6, 2020. 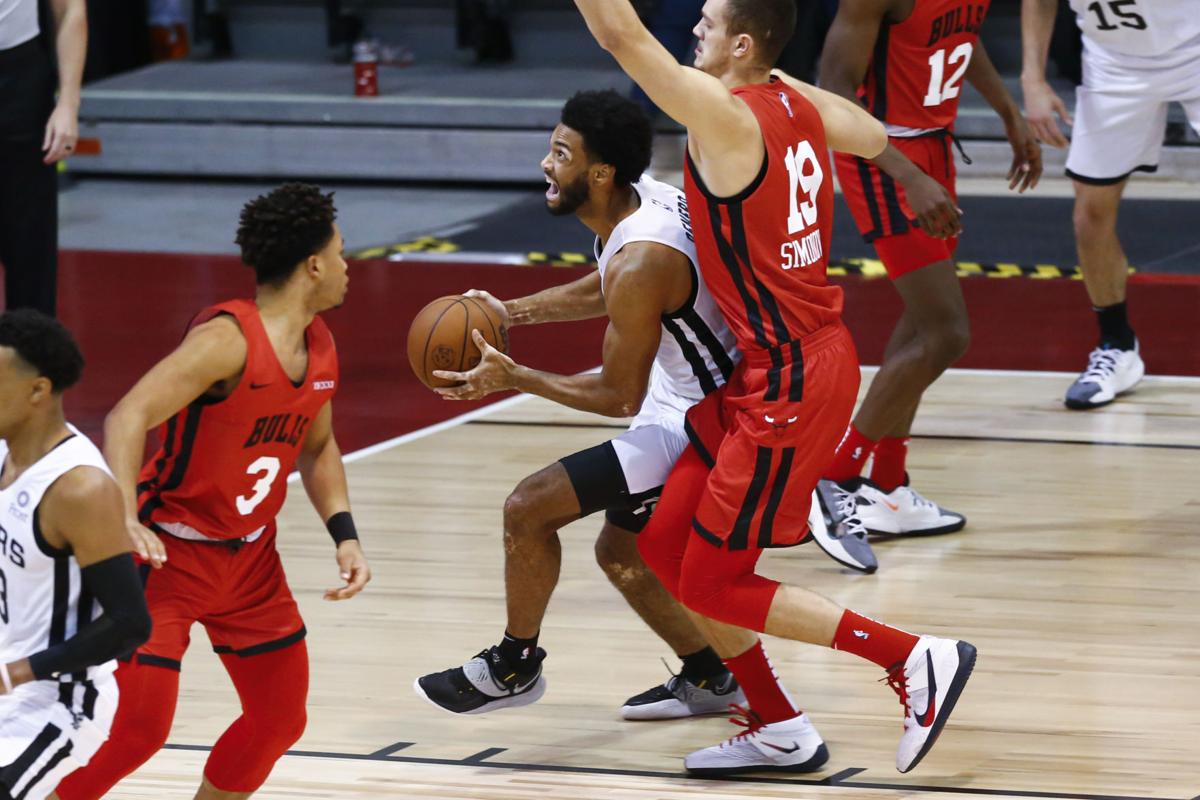 San Antonio Spurs' Nate Renfro (35) drives to the basket under pressure from Chicago Bulls' Marko Simonovic (19) during the first half of an NBA summer league basketball game in Las Vegas on Tuesday, Aug. 10, 2021. 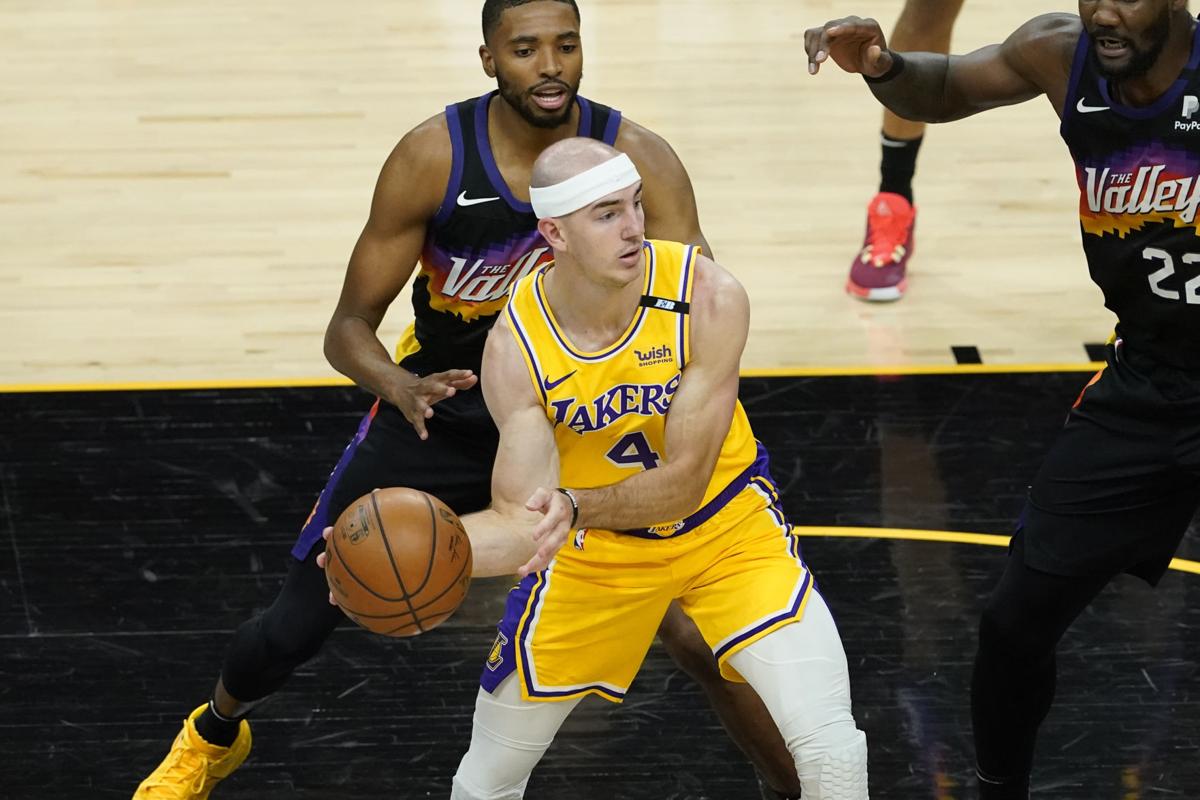 Los Angeles Lakers guard Alex Caruso (4) looks to pass against the Phoenix Suns during the first half of Game 5 of an NBA basketball first-round playoff series, Tuesday, June 1, 2021, in Phoenix.