A polar bear walks over sea ice floating in July 2017 in the Victoria Strait in the Canadian Arctic Archipelago. Global warming is undercutting polar bears' ability to survive. 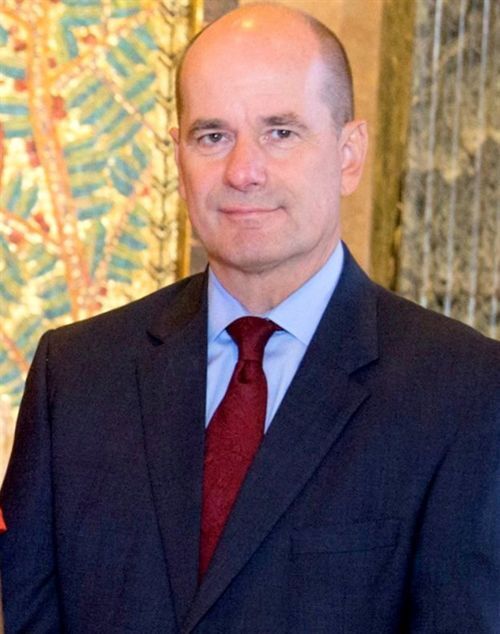 Disappointed the recent international climate summit closed without producing much of consequence to stop temperature creep, activists are now pushing both the United Nations and the United States to declare climate emergencies.

Doing so would be largely symbolic for the U.N. But in the U.S., a national emergency declaration would enable President Joe Biden to seize broad control of the economy and intrude deeply into the personal lives of Americans.

We know what that looks like. We just lived through it.

Within days of the COVID-19 outbreak, governors across the nation suspended civil liberties in a vain attempt to stop the spread of the deadly virus.

Doors to private businesses were closed by government fiat. Churches were shuttered. Executive orders criminalized family gatherings and outlawed funerals. Travel bans were imposed. So severe were the restrictions in Michigan that a lone boater in the middle of a lake risked running afoul of them.

A presidential emergency declaration would be much more tyrannical. It would trigger 100 special powers Biden could use to basically become a carbon dictator.

The powers would enable him to close the oil spigot and redirect vast resources from defense to building clean energy systems, and much more. Presidential actions to address the climate emergency would not need congressional approval. Biden could sit Congress on the sidelines just as governors have done to state Legislatures during the pandemic.

A key piece of the climate emergency legislation introduced by Democratic Reps. Alexandria Ocasio-Cortez of New York and Earl Blumenauer of Oregon, and Vermont Sen. Bernie Sanders would cover what they contend is the disparate impact of climate change on minority communities. Doing so would lead to harsh restrictions on industry in urban areas and flood tax dollars into those communities for initiatives that have little to do with climate change.

Nearly every human activity contributes in some way to global warming. A radical push to reverse it is not compatible with individualism and free choice. It will demand conformity and the surrender of self interest to the group.

Armed with an emergency declaration, a president could force compliance with a collective agenda through unchecked powers.

And there would be no end in sight. The Cortez-Sanders legislation would keep the emergency powers in place until the nation achieved net-zero carbon emissions, a goal that may never be reached.

Americans largely accepted the COVID-19 mandates out of great fear of the virus. Fearmongering was paramount at the climate conference, where the world was pronounced to be "hanging by a thread." The vaccine has partially saved us from the tyranny of the COVID emergency. Nothing will free us from the grip of a climate emergency once the jettisoning of liberties is set in motion.

Shares of clean energy and EV charging companies, including Plug Power ($PLUG@US), which trades on the Nasdaq as PLUG, are trading higher foll…

A polar bear walks over sea ice floating in July 2017 in the Victoria Strait in the Canadian Arctic Archipelago. Global warming is undercutting polar bears' ability to survive.