Become a Member
Read Today's E-edition
Share This
Flick: The success, and tragedy, of Bloomington-Normal's Laesch family
0 Comments
Share this

It was around Christmas 2015 when Mark Laesch noticed something. A sports star at Normal Community High in the early 1970s and then an Indiana University baseball standout who'd kept in shape since, he'd begun having weakness after going out on a run.

A month later, he went to his doctor to discuss mobility issues he’d noticed while walking, too.

A terrible illness, still unsolved and incurable, as Ellen today describes it: "It slowly robs people of their ability to move their body. The motor neurons die; the muscles simply atrophy. The really dreadful part is that their mind is completely intact and they know what is happening to them."

At their lunch that day, Diane listened to brother Mark’s description and suddenly interjected, "Well, I might have ALS, too!"

It was the last time the three would do that together.

Within a year, both Mark and Diane were gone.

"Mark's journey with ALS,” says Ellen, “followed a more typical progression that starts with the extremities. Eventually, major organs are affected. Diane’s seemed to immediately affect her breathing. The effects were rapid and she died in September (2016), four months after diagnosis. Mark died in March 2017 … passing away peacefully at home while watching a basketball game with his two sons."

Sadly, that’s not the end here.

And before that, an uncle, Delmar "Jim" Laesch.

And later, a cousin, Sandy.

“We just do not know,” says Ellen.

Today, not only one of the lone remaining members of a family, Ellen Laesch Dalrymple has become an author, too, of an 85-page book titled "A Laesch Family Story" (with the “A,” “L” and “S” on the book’s cover in red), fed by her own memories as well as diaries kept by her dad, grandmother and great grandfather — and one other thing: a strong desire to help find a cure for ALS.

“I try not to worry about it myself,” says Ellen, age 69. “I’ve not gone through any tests. Why do I want to know I would get this?”

Then, as she realizes, she’d begin only worrying if tomorrow was the day.

Of all the Bloomington-Normal-area family names that became everyday words of the 20th century, Laesch is surely near the top.

For 91 of those years, ending in 1998 with a sale to Oberweis, the family operated Laesch Dairy, a hugely popular dairy in the Norman Rockwell era of the daily milkmen and their trucks trundling to homes early of a morn.

The story, as nicely choreographed by Ellen (the book is filled with pictures and local names), begins for the Laesches in 1907 when Ellen’s grandfather, Frank, delivered milk to his first seven customers. Their income that first day: $3. As Ellen writes, that’s when her grandmother, Sophie, immediately went to town and spent it.

From there, the family’s story prospers and grows.

Frank and Sophie had nine children.

Their children, in turn, had children.

Flick: Oh, how reunions do change!

Through the Great Depression, two world wars, branching out not only in business but products, Laesch Dairy’s success and leadership was eventually passed from grandfather Frank to Ellen’s dad, Dan, and later to Mark, along with a brother-in-law, Dennis Gieseke, Diane’s husband.

At the suggestion of Ellen’s mom, Alta, who believed the dairy needed to keep pace with changing times, launched in the 1960s through 1980s were several Laesch Dairy Barn convenience-like stores that dotted the Twin Cities, featuring the famed Laesch ice cream.

The dairy became so known as a landmark in southwest Bloomington, they named the road there Laesch Avenue.

Theirs is a success story of a faith-driven farm family, their Lutheran roots in Germany, starting out with nothing but spirit, grit, determination and also their own need, and then over 90 years, serving a community.

In 1980 came something concerning.

One morning, the milk route supervisor, Jim Laesch, Dan’s youngest brother, fell on the job and complained of extreme cold in his extremities. Two summers later, Ellen’s dad, Dan, also fell and began noticing a weakness in his golf swing.

By 2018, having lost her father, an uncle, a cousin and two siblings to ALS, then also her husband, Dave Dalrymple (to dementia, at 69), and Dave’s brother, too, Ellen herself was hospitalized, largely from all the stress.

“My new goal,” she says, armed still with a nice sense of humor, “is to just get off the prayer list at church.”

The idea of a daughter, Christine Bayles Fleming, it’s not out of vanity but cause.

The book itself, a paperback, is free to anyone who makes a donation of $20 or more to the ALS Association of Greater Chicago, an organization that not only contributes to research but also provides support to families facing the disease in northern and Central Illinois.

She’s having a book signing from 9 a.m. to noon Saturday, Aug. 7, during the Downtown Bloomington Farmers Market. She'll be in the McLean County Museum of History tent, next to the Lincoln bench at the museum.

Ellen is hoping to see old friends, make new ones and hand out a few more books for the ALS cause, a disease that 75 years after Lou Gehrig gave it a name now has sadly adopted the Laesch family, too.

Which brings us to this:

Just in past weeks, after publication of her book, another Laesch — Mark’s oldest son, Brian — was diagnosed with ALS, just before his 40th birthday.

Sadly, that prayer chain at church may last longer — but not without Ellen’s Laesch-inbred spirit, grit, determination and need, this time, though, in trying to help find resolve to a most dreadful disease.

Flick: At his 80th class reunion ... and everyone else is gone

"Part of the fun of writing a newspaper column is hearing from readers, and one of the more interesting responses to a recent piece here on a universal topic of summertime — class reunions," Bill Flick writes.

"My mom used to say a break from everything is healthy and even needed every once in a while. And she’d especially be screaming that now!" writes Bill Flick.

While Urbana-Champaign has been the hallowed home of the U of I now for 154 years, there’s no question its fellow twin city to the northwest — Bloomington-Normal — has played a vibrant part of its life. 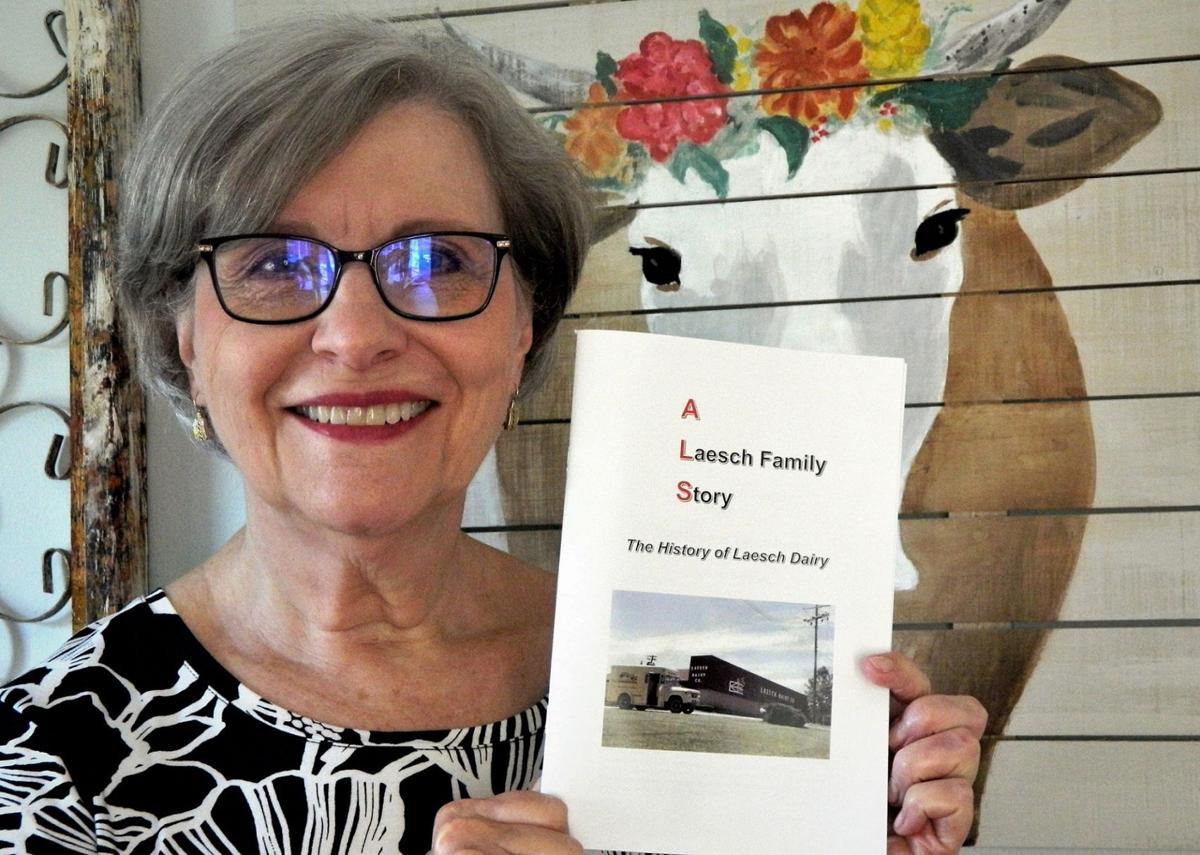 Ellen Laesch Dalrymple holds a copy of her book, "A Laesch Family Story." The book is free to anyone who makes a donation of $20 or more to the ALS Association of Greater Chicago. 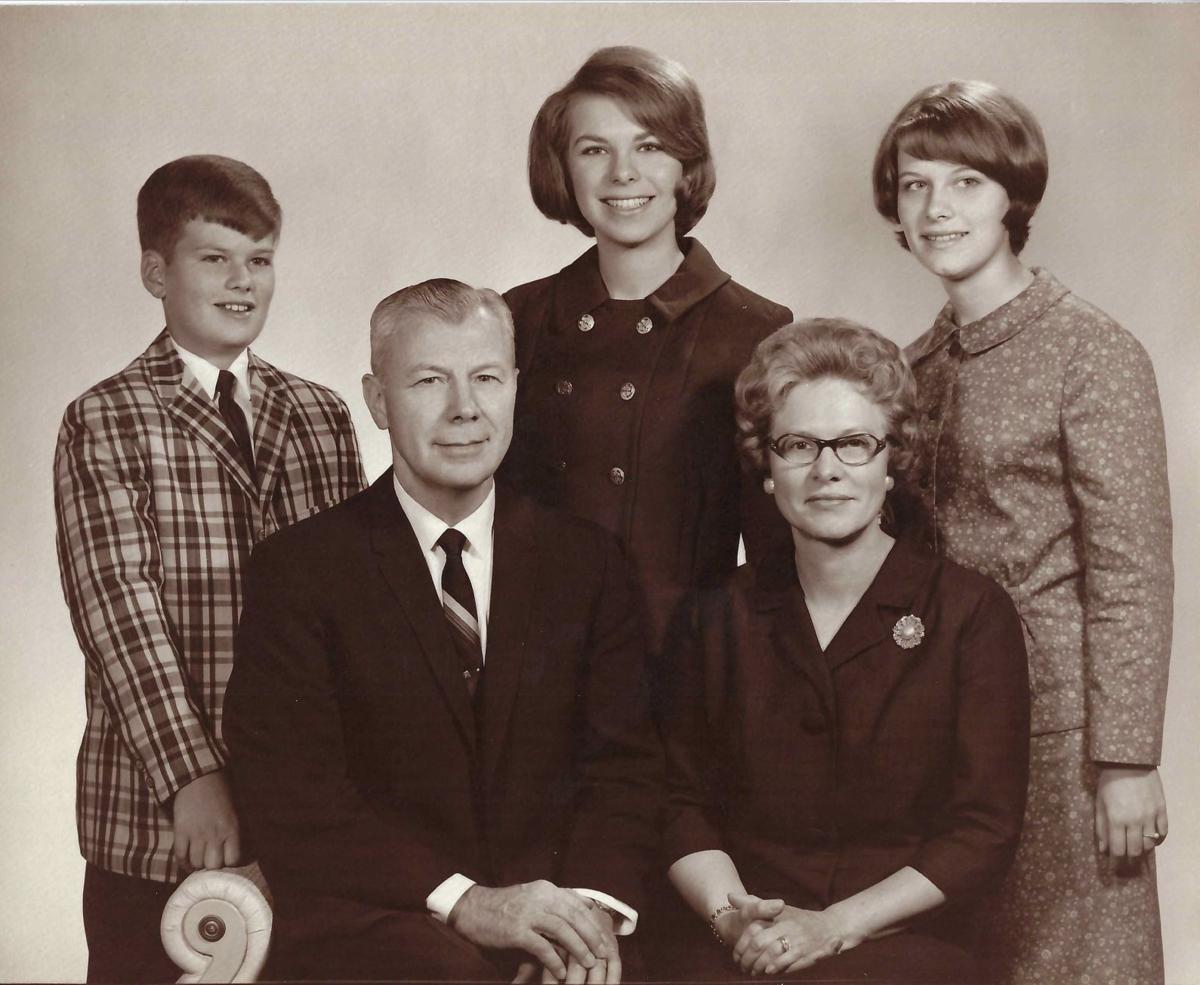