Become a Member
Read Today's E-edition
Share This
Flick: The 'Earley' news, gigantic milkweed, and the end of an era
0 Comments
Share this

Occasionally, in 40 years of filling this space, a guy will be asked, is “Bill Flick” your “real” name?

Has been an entire life. It’s my parents’ fault.

But some in this area’s media do have a different “real” name, even if you never really questioned the one they publicly use.

Originally from Herrin, a city of 12,400 in southern Illinois, Charlie went through school like that, then college, then his first years of radio in Peoria.

Then, in 1984, he applied for a job at another Peoria radio station where the program director just didn't like the name "Charlie Earley."

“He said he always liked the name Chuck,” says Charlie. “But I hated Chuck because I grew up Charlie.”

As they were talking, a Phil Collins song was airing at the radio station.

And that, my friends, is how it all happened for Charlie Earley, as he moved on to TV in 1986, where until 2009 he was chief meteorologist at WMBD/WYZZ and since then the popular face at WEEK-TV.

“Anybody who calls me Charlie has known me a long time, but most everybody just knows me as Chuck Collins now,” says Charlie, err, Chuck. Or both.

Ask Google just how tall a milkweed plant can get and the answer is “up to 4 to 6 feet.”

So just don’t ask Edgar and Becky, as in the Nortons of Bloomington.

If “up to 4 to 6” is good, they’re wondering if they should seek out Guinness Book of World Records, or at least a taller ladder.

Keep in mind, Central Illinois has always been milkweed prime, so much so that during World War II, farmers grew it, a plant valued for its naturally buoyant and water-repellent inner fiber that was used to fill life jackets.

But the Nortons' plants?

That’s Becky pictured here, with a tape measure, already three rungs up on their ladder.

Their milkweed is 9 feet, 2 inches, and growing.

“In the past few weeks, our milkweed has now sprouted pups! Or kids … little milkweed plants at its base!” announces Edgar.

The Nortons could be making life jackets for the entire U.S. Navy in no time.

A goodbye to a Bloomington "monument"?

Back at the beginning of the 21st century, now 21 years ago, Quinn’s Shell already was a living relic of our past history.

That’s what made the place so wonderful, so off-setting and nostalgic.

Located at the corner of Main and Chestnut streets in Bloomington, while almost all other gas stations in America had long become “self-serve,” Elmo Quinn continued to run out to your car once you pulled in, to offer a “hullo!”, check your oil, wash your windshield, fill your tank, ask about your day.

At the service station originally opened by his dad and his uncle in 1941 — that’s when Main Street in Bloomington was part of U.S. Route 66, then the “Main Street of America” — Elmo simply continued to do what had been done all along. That is, before computerization and an “INSERT CARD HERE” message at the pump, to supply gas-attendant service at the service station.

Eight years ago, enshrined by then into the Route 66 Hall of Fame and declared in Bloomington “Mayor of Main Street," Elmo retired and the station was closed. In 2015, the gas tanks were removed.

And now, exactly 80 years after its opening, we’re down to this:

On Tuesday evening at 5, the Bloomington Historic Preservation Commission will meet at City Hall to “review and do action on a demolition permit” of Quinn’s Shell (now it’s coincidentally a shell), submitted by Holy Trinity Catholic Church, the place of worship next to Quinn’s all those years that last year also purchased it from Elmo.

Elmo and his wife, Eula, are also Holy Trinity members, to make it all easier.

“I don’t miss the 80-hour work weeks, but I do miss the people,” says Elmo, today at 81 and still as upbeat, lively and friendly as ever.

“My emotions won’t probably show up until the day they begin (the demolition) and put the first hole in it. But it has to be done, and at my age,” he adds with a laugh, “I’m not ready to go back in business. It was a sad day that last time I put a key in the door eight years ago, but it was time.”

And now, says Elmo, it is time as well, as a relic of our history indeed also becomes that.

Yet another side-effect of the coronavirus era: On a trip last week to see family in Seattle, our flight back home was delayed by a day for a simple reason. They couldn’t find anyone to fly the plane. I’m not even kidding," Flick writes.

Flick: As frustrations of a pandemic go on...

While Urbana-Champaign has been the hallowed home of the U of I now for 154 years, there’s no question its fellow twin city to the northwest — Bloomington-Normal — has played a vibrant part of its life.

Flick: From Jimmy Fallon to Jay Janssen in no time! 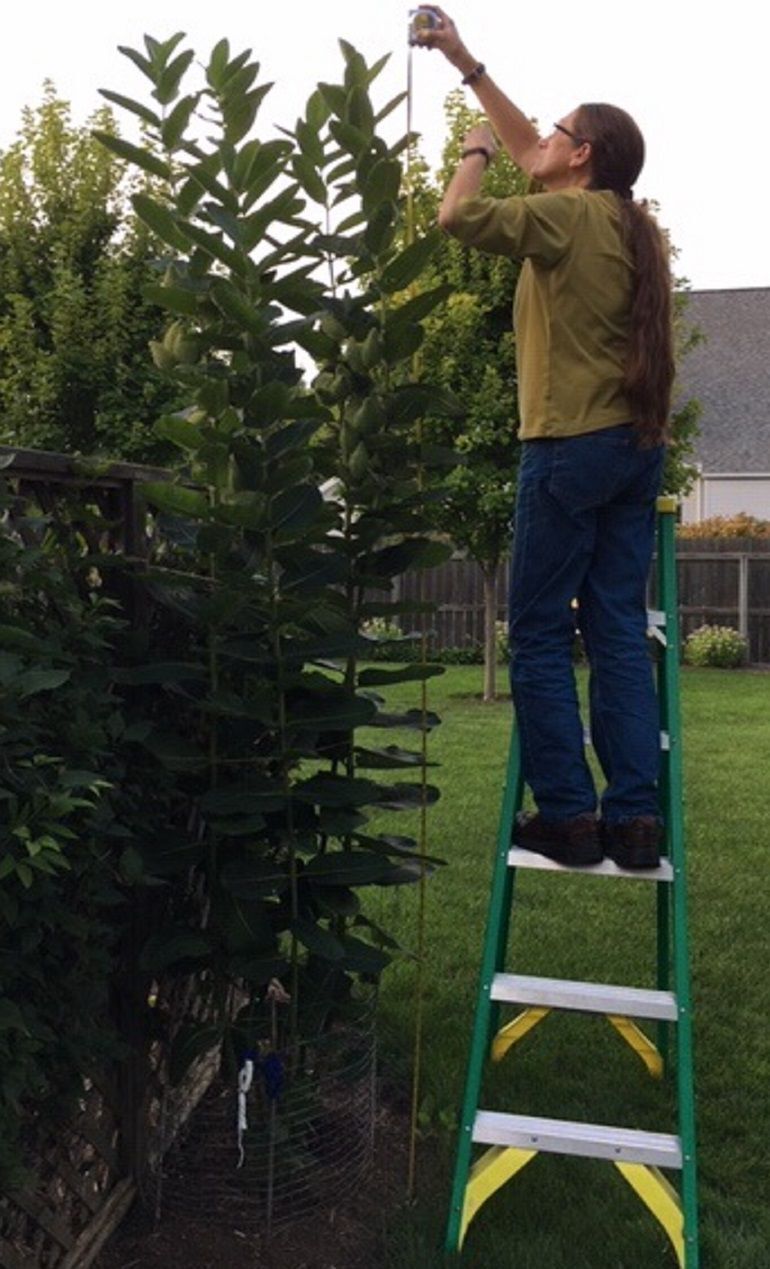 Becky Norton measures one of her milkweed plants in Bloomington. At last county, it was 9 feet, 2 inches tall. 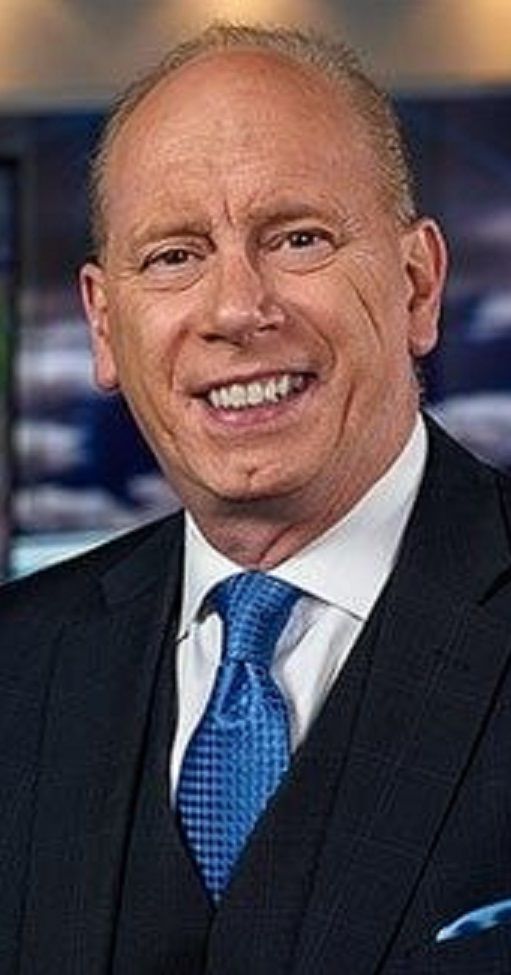 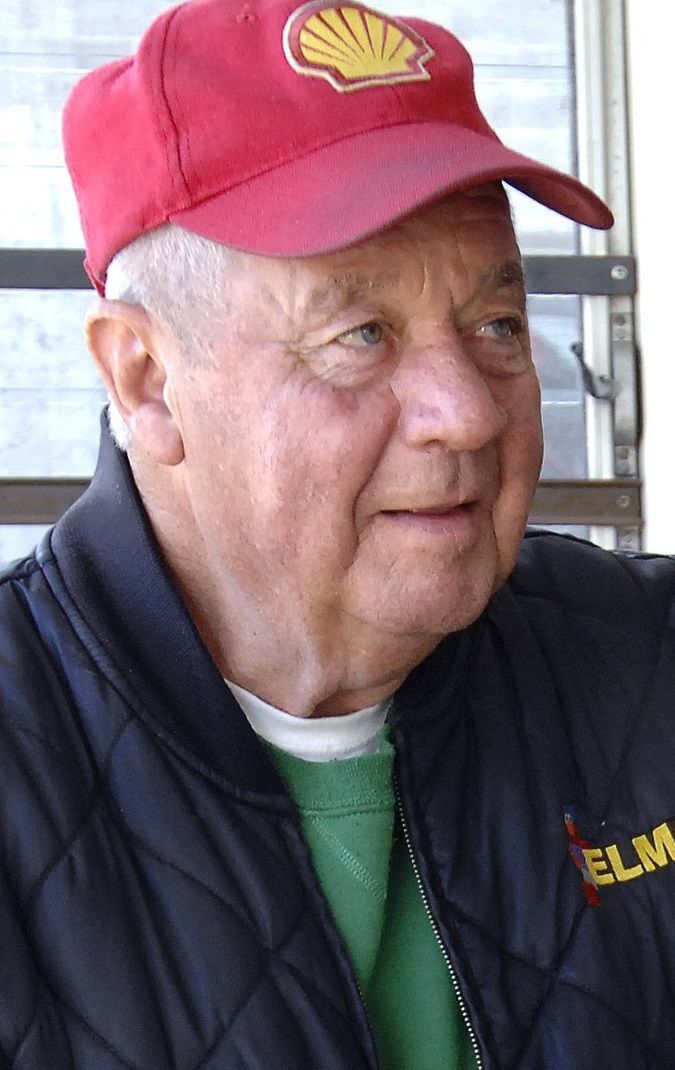