It’s nearing 9:30 in the morning and after seeing that his three teenage daughters are doing well and his wife of 21 years, Angie, is geared for another day, Jim Mattson is readying to be out the door.

Unless it’s on TV, they likely won’t see him again until past 11 that night.

That’s when, in what’s become a bit of a late-night ritual, Mattson will be home from work, and he and the Mattson girls, if still up, will discuss the day, or talk about school, or watch "Jeopardy!" via DVR.

It’s a nice way to tie a day together, he says.

“Watching his work ethic makes me feel like I’m not doing enough for the amount of effort I’m putting out,” says Donnie Tillman, who worked with Mattson at WHOI, competed against him while at WMBD, and now is back alongside in the same building at WEEK/WHOI. “Mattson is by far the hardest-working man in Central Illinois.”

If a viewer in the Peoria-Bloomington TV market, you already know him as the showcase sports guy at WEEK, the guy who ends each sportscast with a video clip titled “Jim Dandy.”

If a competitor, sports parent or fan of high school athletics, you’ve no doubt seen him at a sporting event, too.

“I actually love when people call to complain 'why weren't you there?'“ says Mattson, 56. “I love that people care so much about their kids and high school sports … and that they turn to me for local sports coverage.”

This story starts where it first ended.

That was back in high school in Morton, where Mattson was in a Potters uniform his freshman and sophomore years. But at about 5 feet 10 inches tall, not football-sized and never considered a real threat to world land-speed (“I’m very unathletic”), by his junior year the coaches, he says, were asking him to do P.A. work at the games instead.

At University of Illinois, he majored in broadcast journalism and landed an internship up the road at Channel 19, Peoria.

Prophetically perhaps, it was a semester-long gig that now has been going for 30-plus years, nonstop, with a tireless enthusiasm and zeal for covering and uncovering every sports activity that’s “local,” first at WHOI, now at WEEK.

“I remember co-workers and competitors telling me I’d burn out quick if I kept it up,” says Mattson. “But I don't ever feel burned out. I honestly love going to work every day.”

Largely gone in times of corporate cost-savings are the scenes of a reporter, camera person and sound guy all showing up to do a story.

Mattson largely goes it alone, shooting his own footage at games and on interviews, working his own camera.

Gone, too, are people back in the studio to do edits.

Flick: The amazing life of a 25-year-old hamburger

Mattson does that, too, each afternoon also squeezing in time to do an ESPN Peoria radio show, then go back to the TV station for 6 and 10 p.m. sports, and on Friday nights head up a crew of six photographers as they fan out across Central Illinois to capture highlights. After that, he then also produces a weekly 30-minute highlights show — it has in-studio high school coaches and players — and does additional local sports specials, like on Saturday night, when he hosted a prep football playoffs selections show.

“I don’t spend a lot of time on hair or makeup,” he says.

But the work ethic has long gone legendary.

“He is, hands down, the hardest-working sports guy in Central Illinois, doing what he loves to do,” says Eric Shangraw, a former WEEK reporter, anchor and Mattson compatriot. “He has a huge local following because of his sincere devotion to high school sports.”

All of this is not to say there haven’t been some costs and cuts in his own life, too.

“In the early days,” says Angie (naturally, they met while Mattson was working on a story), “I went with him to every single event … the Illini, golf tournaments, NBA and NFL games, the Super Bowl. Then we had our girls (Kiruna, Aubrey and Tyla). Not going to lie — that was the hardest part of our marriage. He has always worked 10- to 12-hour days, but with three little ones at home, I was a serious single parent and it was tough.”

Then she adds: "When you are married to someone who doesn't think of his job as a job and instead it’s his life's passion, you have a choice — support that or be resentful. And no matter how busy his day, he makes time for me and his girls. He has shown us you have to love what you do.”

And so goes this new-age energizer human, reporting on countless sporting events, now for 30-plus years, featuring today many of the children of those he once covered back when they were teen athletes, too.

A labor of love, is what they’ve long called it.

Flick: Rotten fruit, appropriate signs, a call from the pope?

FLICK LITE: The latest listings, as offered by the readers and your own resident Lite Boy...

Flick Fact: When you land at Bloomington's CIRA, just how long is that runway?

Flick: A state title for the NCHS Iron(grill)men? 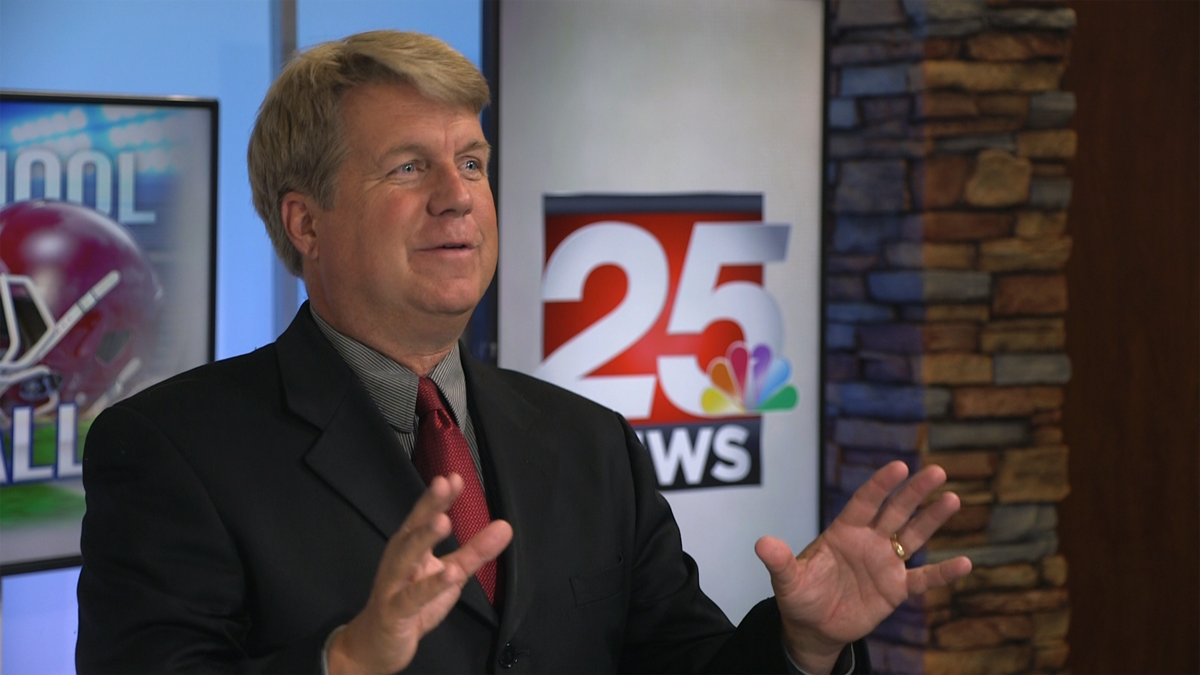 Jim Mattson, on set at WEEK-TV. 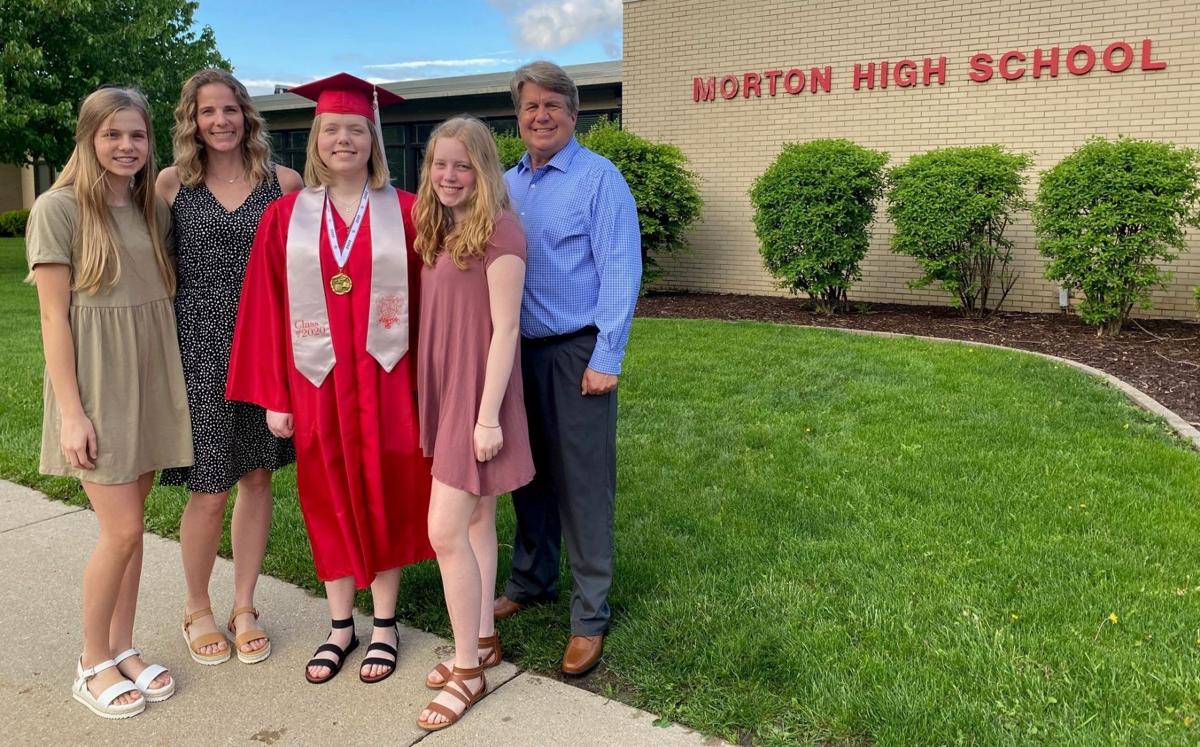