Become a Member
Read Today's E-edition
Share This
Commentary: Delusional reactions are as old as time.
0 Comments
Share this 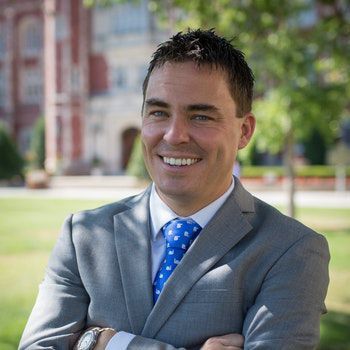 A patient receives an influenza vaccine in Mesquite, Texas, in January 2020. Amid all the focus on COVID-19 vaccinations, U.S. health experts have another plea: Don’t skip your flu shot.

If anyone should have been prepared for this — this surreal, tragic phase of the pandemic and the derangement of our collective response — it might be me. I am both a red-state native and a historian who studies infectious diseases.

In 2017, I wrote that “the risk of a ‘big one,’ a biological event that threatens to break down our public health infrastructure and rattle the foundations of the global order, is out there, lurking.” That same year, I started writing a global history of infectious disease from our primate origins down to … SARS-1 and Ebola virus. The early drafts of the book warned that a new pandemic was inevitable in the future, whether tomorrow or in another lifetime.

Then COVID-19 came, and so much of what has unfolded seems eerily familiar to a student of history.

The “kung flu” smear and the Wuhan blame game? Finding scapegoats for epidemics is as old as time, from the Black Death to the AIDS crisis.

Leaders who brazenly project an alternate reality, at unfathomable cost? Read the gripping story of the delusional reaction to the plague in 1630-31 in Milan, a town with maybe the most advanced public health system in the world at the time, but which ultimately lost over 40% of its population in the outbreak.

Private interests that shamelessly peddle misinformation? The history of British mercantilists lobbying against quarantine sounds perfectly contemporary. Resistance to medical science? Since the introduction of smallpox inoculation and then vaccination, a weird alliance of religious militancy and pseudoscience has worked to stoke fears and doubts about our best tools to protect human health. Livestock dewormer? Just a fresh take on the venerable tradition of quackery. It’s hard to be original in the annals of human folly.

Still, complete immersion in the chronicles of past disease did not really prepare me for how bewildering our social response would be. The disorienting experience of living through a pandemic has certainly been made more vivid because I not only live in ruby-red Oklahoma but was born and raised here, and I am a patriotic Okie. I love this place and its people. But I have to admit it has been a struggle to understand this alienating failure of community.

Family and friends, otherwise reasonable people, refuse to make the small sacrifice in the form of masking to keep others safe. We are sending our kids back to school, in a state where the Delta variant is raging and the Legislature has banned mask mandates. At my university, we have to implore students, faculty and staff to wear masks. Vaccinations that should have been our technical salvation have become polarizing — and the strong federal actions to expand vaccination requirements are certain to harden divisions too.

The thing about the really nefarious new diseases throughout history, the “big ones,” is that they seem to infect everything, to find and expose all of our other social pathologies. The smallpox pandemics that ravaged the Indigenous peoples of the New World weren’t caused by a Great Germ without context — rather, the brutal dislocation of conquest worked hand in hand with disease to destroy complex American civilizations.

In war-torn 17th Europe, epidemics caused by typhus, the “microbe of misery,” were the sequel of conflict and chaos. In the 19th century, cholera pandemics fell right along the stress lines that had formed amid the growing inequalities both within and between societies.

And like a radioactive tracer, this COVID pandemic has given us a view into our own faults and failings and the cultural polarization that makes it impossible to achieve societal consensus. It has also weakened our instincts of obligation to one another. We have now learned, the hard way, that a nearly miraculous technical intervention to stop the disease is not enough. It will take both scientific progress and a reckoning in our political life for us to regain control.

Vaccinations never felt like a trade-off between freedom and health — and certainly not like a choice between Republican and Democrat, red state and blue state allegiance. The government approved the shots. The family doctor advised and administered them. With the terrors of polio fresh and visceral, few people asked questions.

It was what you did, as a parent and a citizen. People got vaccinated not because they had fully considered the rational arguments but because it was part of the implicit social contract, quietly rooted in structures of trust and an understanding of what we owe each other.

That bit of fabric has come undone.

5 things to know if you got the Johnson & Johnson vaccine

Talk to your doctor

Kyle Harper is a professor of classics and letters at the University of Oklahoma.

U.S. President Joe Biden fielded questions from reporters while getting a booster shot of the COVID-19 vaccine.

A patient receives an influenza vaccine in Mesquite, Texas, in January 2020. Amid all the focus on COVID-19 vaccinations, U.S. health experts have another plea: Don’t skip your flu shot.