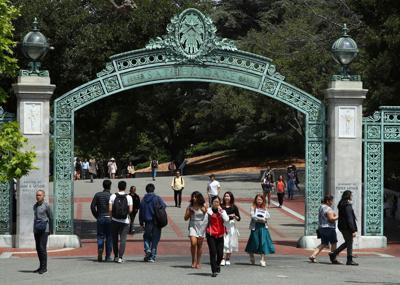 The news that Columbia University filed fraudulent data to rise in the U.S. News & World Report college rankings has again raised the question of what these rankings mean. Does anyone imagine that as Columbia “plunged” from No. 2 to No. 18 (as its ranking was reassessed by U.S. News on its own estimated data) that the Columbia students sitting in their classrooms in Upper Manhattan felt the quality of their education slipping away?

Columbia is the same university at No. 18 as it was at No. 2. Nothing real in any student experience is different. Nor will it change if Columbia manages to claw its way back up. Is the University of Chicago (No. 6) a tiny bit better than University of Pennsylvania at No. 7? Or objectively 10 places superior to lowly Cornell, way down at No. 17? These rankings have zero to do with what is real about a college or university, and it is time to once again declare them bunk and encourage families, prospective college students and all media folks everywhere to ignore them.

Schools are not, in some holistic, abstract way, “better” or “worse.” They are different and serve different students. Some schools are wealthy and prestigious, and others are huge with diverse, niche programs or are small and focused on the liberal arts. Some may have emphases like study abroad or interdisciplinary majors, while others provide a strong sense of belonging for specific students.

These things can shape your experience, but does that make one objectively “better”? No question, schools such as the California Institute of Technology, which choose only 6.4% of applicants, can fill their classes with highly motivated, accomplished students. They have multibillion-dollar endowments and therefore some extraordinary facilities. But will every student thrive at Cal Tech, even if they are admitted?

My own college, Wheaton College in Illinois, is an excellent school. I believe strongly in the quality of the education we offer here. It also has a very specific mission of Christian education that would not work for every person.

Plenty of research has demonstrated that prestigious names can make a difference in earnings and opportunities for some students — first-generation or low-income — but make no appreciable difference for others. (Holding other variables constant, most white males get no salary bump by going to Harvard over the University of West Virginia.) And no student is served well if they choose a school where they don’t succeed academically, socially and emotionally.

The U.S. News rankings emerged in a time when information about specific colleges and universities was harder to find. They provided a guide for those unfamiliar with the many options out there. Today, there is perhaps too much information, so the rankings may serve as a simple way to sort universities, perhaps to make a choice among several good options. But as someone who has worked in higher education for more than 20 years, I would like to encourage every college-bound student to ignore these numbers and instead borrow a technique from my own discipline of cultural anthropology.

Over time, schools create a culture. In a smaller college, that culture may extend to virtually every part of campus. In a large university, there may be many “subcultures,” in the engineering school or in Greek life or among the theater students. Going to the campus, spending the night, sitting in a class and talking to students can reveal what is really happening in the parts of the school you care about. (Anthropologists call this ethnography.)

This sort of research might not be an option for every student, given the time and cost involved, but every student can find alumni from that school (the more recent the better), write to current students and join a social media account run by students there. Figure out the culture — the vibe — of the classrooms, dorms, groups or communities within the college where you would likely spend your time.

There’s no doubt that the prestige of the Dartmouths and Stanfords of the world can matter. But does the prestige of the school shape campus culture in ways you would like? Is it more creative or competitive? Is this a place where people support one another, or does it emphasize independence? The ranking won’t answer any of those questions.

Choosing the No. 51 school (Lehigh University) over the No. 62 school (University of Pittsburgh) won’t mean anything to you as you study sociology or biology, as you work out with the football team or play in the marching band. Your life will be much more specific than this arbitrary number assigned by some publication. Getting the life you want in and beyond college will be far more influenced by how you thrive in college — your success in classes, extracurriculars, in your social connections — and, it should be mentioned, by avoiding excessive debt, than in the ranking.

So ditch the “research” of comparing lists and rankings. Explore the reality of life at the school, in the places where you think you’ll go, and find the place where you can thrive. That’s the only ranking that ultimately matters.

Howell is a professor of anthropology at Wheaton College: brian.howell@wheaton.edu. He wrote this for the Chicago Tribune.

Andrew Reiner: How to help male students stay and succeed in college

The dearth of American males attending college has generated a lot of discussion. But little has been said about another crisis among young males — their struggles to remain buoyant, let alone succeed, once they’re in college.