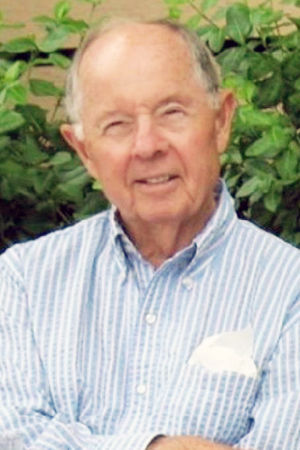 He was preceded in death by a daughter, Susan Brandt.

William served in the Army 1943-44 and the Navy 1944-46. He attended the U.S. Naval Academy, University of Illinois, and the University of Chicago, where he received his doctor of law degree in 1950. He was invited to join Herbert M. Livingston and Thomas M. Barger, Jr., to become a founder and a name partner, in what is currently the Livingston, Barger, Brandt & Schroeder Law Firm in Bloomington.

A licensed private pilot, he loved flying. He was a voracious reader, played tennis into his nineties, and in his last years enjoyed baking pies for family and friends.

William served on many organizations in a variety of roles, including: past president of the McLean County Bar Association; chair of the Illinois Supreme Court Committee on Jury Instructions; the Bloomington School District 87 Board; the Board of Trustees of Illinois Wesleyan University and Victory Hall Boys Home; adjunct professor at the University of Illinois College of Law; was the first president of Holiday Swim Club and helped establish the Bloomington-Normal Airport Authority.