Become a Member
Read Today's E-edition
Share This
Mask debates are roiling communities across Illinois. But in this town, neighbors say people are kind and considerate
0 Comments
Share this

GENOA — In many ways, the golden cornfields, sleepy country roads and tidy Main Street in Genoa, population 5,200, seems plucked from the pages of Thornton Wilder’s “Our Town.”

A close-knit community that voted red in the 2020 Presidential Election, Genoa has recently become a work-from-home haven for frazzled former city-dwellers who are smitten by its bucolic beauty and small-town charms.

It also recently became the latest front in the pandemic culture wars when a handful of students started showing up at Genoa-Kingston Community Unit School District 424 wearing fake masks this fall.

Made of mesh, the masks are designed to purposely defy public health mandates by allowing air to flow freely through the fabric. District 424 Superintendent Brent O’Daniell earlier this month described the masks as “downright belligerent,” and flouting the intent of Gov. J.B. Pritzker’s school mask mandate.

“I think unfortunately, the political environment at the state and federal level is being taken out on people at the local level, which is difficult, sad and very frustrating,” O’Daniell said.

School mask debates have generated controversy in communities across Illinois. But some of those who call Genoa home say their hometown should not be judged by the rare eruption of political flashpoints.

Instead, many residents say the last 18 months have provided new ways for people — whether they vote red or blue — to come together, from ensuring a new restaurant on Main Street stays afloat to organizing blood drives at the local firehouse.

Last week, Denise Norris, 39, organized a blood drive at the firehouse, where she works as an administrative assistant, and her father, Bruce Kozlowski, 61, is the volunteer chief.

For Norris, organizing multiple blood drives each year is “all about kindness and paying it forward.”

“I wanted to be involved in something that would have the most impact,” said Norris, who recalled the relief she felt watching her son Beau bouncing back to normal after receiving a blood transfusion following complications during a tonsillectomy when he was five.

This fall, Norris is busy supervising remote learning for the couple’s three school-aged children — a decision she said was made to help prevent Beau from being exposed to the COVID-19 virus, which would be dangerous due to his heart condition, she said.

“For the last year and a half, we’ve been trying to avoid COVID, so since we can keep all of our kiddos learning at home for now, we’re going to do it,” said Norris.

Norris, who said her family is vigilant about masking, said, “I have never had a conversation with anyone in town about masks.”

Still, the concerns some Genoa families have expressed to the local school board over Pritzker’s school mask mandate should perhaps not be unexpected given the community’s voting patterns.

Genoa’s political views are not on the menu at Sib’s Corner Grill on Main Street, where owner Gregg Sibigtroth put up a shingle on March 3, 2020, just weeks before COVID-19 shuttered the state.

“It’s been rough, but fortunately, I’ve been busy, because my restaurant’s business model can offer customers curbside delivery, and for months, it was all carryout,” said Sibigtroth, whose restaurant now offers an indoor dining room and outdoor patio service.

“It’s a hard business, but the best thing I’ve seen during the pandemic is the loyalty of our customers, and how they have supported us, some of them ordering carry-outs two and three times a week,” said Sibigtroth.

While business has been brisk, Sibigtroth said the greatest challenges he faces 18 months after the restaurant’s opening is steep food supply chain shortfalls for items like burgers, wings and paper products.

It has also been next to impossible to find anyone interested in working at a restaurant, he said. Sibigtroth has recruited relatives, including his son, sister and brother-in-law, to help him run the restaurant while he searches for employees, but “it’s still not enough.”

“I hear from so many customers who tell me they appreciate us being open ... I didn’t want to have a tip jar, but we put one out, and it’s unbelievable how generous people have been,” he said.

Chicago native Michael Cirone, the managing broker and owner of 3 Roses Realty, said he moved to Genoa in 2008 and never looked back.

“The real estate market here has been crazy all year ... The day a property comes on the market, it comes off,” said Cirone. He estimates 60% of his clients work from home, relocating from Chicago and the suburbs to “a quaint small town, where the air is clean, and they can get away from all of the traffic and craziness.”

In addition to young families attracted to the Genoa-Kingston school district, buyers include retirees building maintenance-free homes in the city’s 55+ development, said Cirone, a member of the city’s planning commission.

Dozens of Afghan children arrive in Illinois after evacuation

Genoa’s agricultural roots prevail in the numerous family farms in the area, but the east side of the city holds several manufacturing plants, as well as mom and pop companies, Cirone said.

“When people come out here, I think it is quite an eye-opener,” Cirone said. “They can still get to Chicago in about an hour or so, but there’s also a lot of events here, and plenty of places to eat and drink, including a winery.”

In addition to recent transplants, Genoa is still home to those who can trace their family’s history in town back to the mid-19th century, including Orrin Merritt, 76, a fifth generation Genoa resident and board member with the Kishwaukee Valley Heritage Museum.

A retired Genoa high school teacher, Merritt gives tours of the museum exhibits, which are housed in a former train depot and include everything from a 19th century hearse to a collection of antique telephones.

A former stagecoach stop for travelers heading from Chicago to Galena, Genoa was also once a popular hub for area farmers selling hay, oats, wheat and corn, Merritt said.

For Merritt, who raises tilapia on a small farm a few miles outside of town, one of the many disruptions caused by the pandemic was having to put the elementary school’s annual fourth grade project at the museum on the back burner.

Recalling a recent fundraiser for a family mourning the death of an infant, Merritt said: “People in Genoa are very kind and considerate, at least most of the time.”

Down the road from the museum at District 424 headquarters, the school board hotly debated the mask conundrum earlier this month, weighing the views of parents who believe they should decide what type of masks their children wear to school against the pleas of a school nurse who urged officials to ban mesh masks in the interest of public health.

Parent Amber Eberly stepped up to lambaste the school district’s efforts to prohibit the fake masks.

“I said it before, and I’ll say it again, ‘why does it matter?’” said Eberly, adding: “Every parent has made a good-faith effort to send their kids to school in masks, against their wishes and against the original plan, which was mask optional.”

McDaniell, the district’s superintendent, said while most families are following Pritzker’s mask mandate, even if they don’t believe in it, a small minority “are pushing the envelope.”

District 424 school board president Matt Krueger said the revised mask policy did not require a vote, and the clarifications recommended by the teachers union and local department of public health to prohibit mesh masks are already being enforced.

So far, no teachers have come down with COVID-19, and five or fewer students have tested positive for the virus, Krueger said. “The focus in our school is to keep students and teachers safe, and we have been and will continue to do this.”

The driver was treated for injuries. Police have made no arrests.

R. Kelly’s defense team is expected to get their chance to explain to a federal jury In New York on Thursday why they think prosecutors have f…

The river port at Cairo is envisioned as a facility where barges, as well as larger “river vessels,” would unload cargo containers that come upstream from New Orleans onto rail cars and semis for distribution throughout North America.

The state has fixed an issue in the Illinois Integrated Eligibility System that allowed some people to continue accessing cases even after their access was revoked.

The city of Chicago is launching a marketing campaign to get at least 77% of adults and children over 12 vaccinated with at least one COVID-19 shot by the end of the year, Mayor Lori Lightfoot announced.

Agencies are warning parents of a nanny shortage, after many left the industry after being let go during the pandemic or wanting a more stable (or supportive) field. This exodus left a shortage of trained nannies, and parents scrambling to provide higher pay and better benefits for those who remain.

Known as the Operation HerStory All-Woman Veteran Flight, participants will fly from Chicago to Washington, D.C., for an all-expenses-paid, daylong trip to visit several war memorials and places of interest, including the Women's Memorial in Arlington National Cemetery and the Vietnam Women's Memorial on the National Mall.

Former Chicago Bears defensive lineman Richard Dent is seeking to have the identity of a sexual harassment accuser revealed so he can pursue a defamation claim.

The McLean County Health Department stressed Thursday that it is still awaiting further guidance from the state public health department regarding increased access to third doses of the Pfizer vaccine.

Watch Now: US Postal Service first-class mail is about to get slower

Watch Now: US Postal Service first-class mail is about to get slower 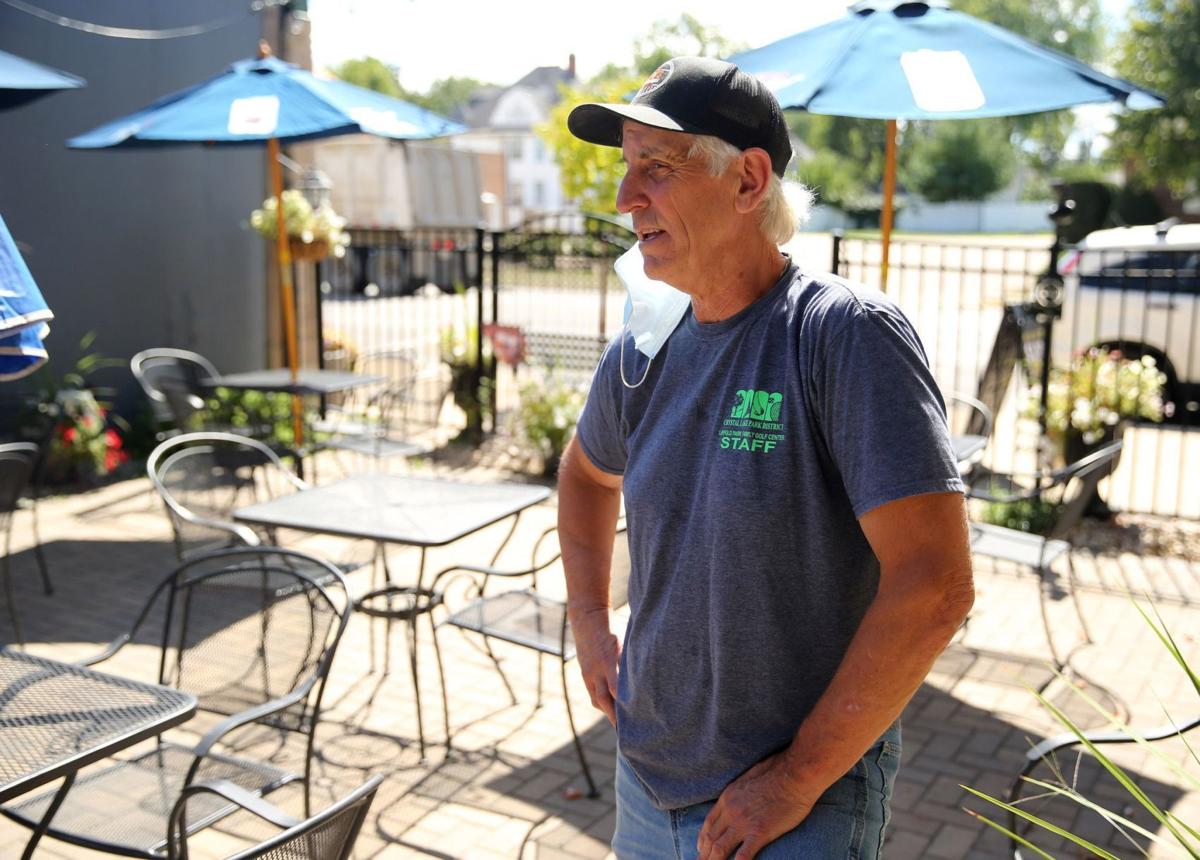 Gregg Sibigtroth outside of his restaurant, Sib's Corner Grill, on Wednesday, Sept. 8, 2021, in Genoa. 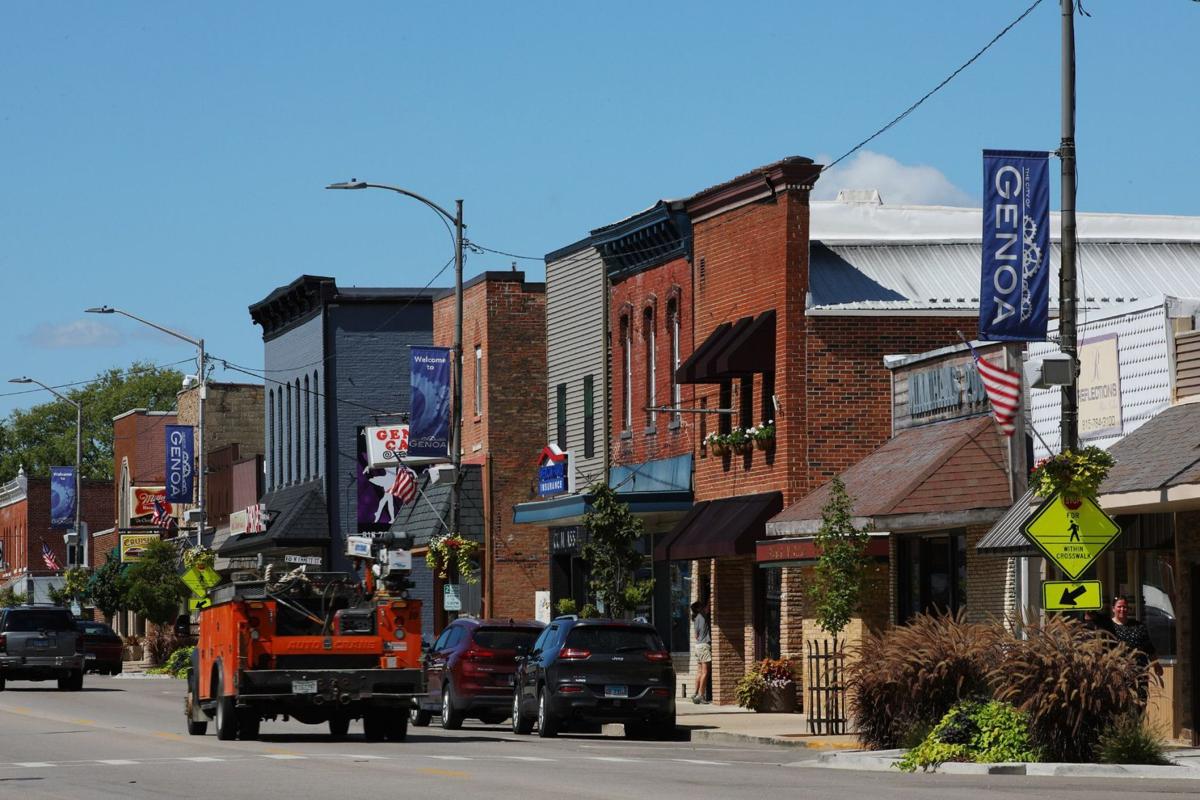