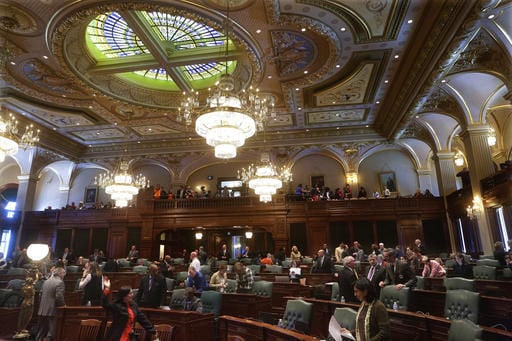 The Illinois House of Representatives. 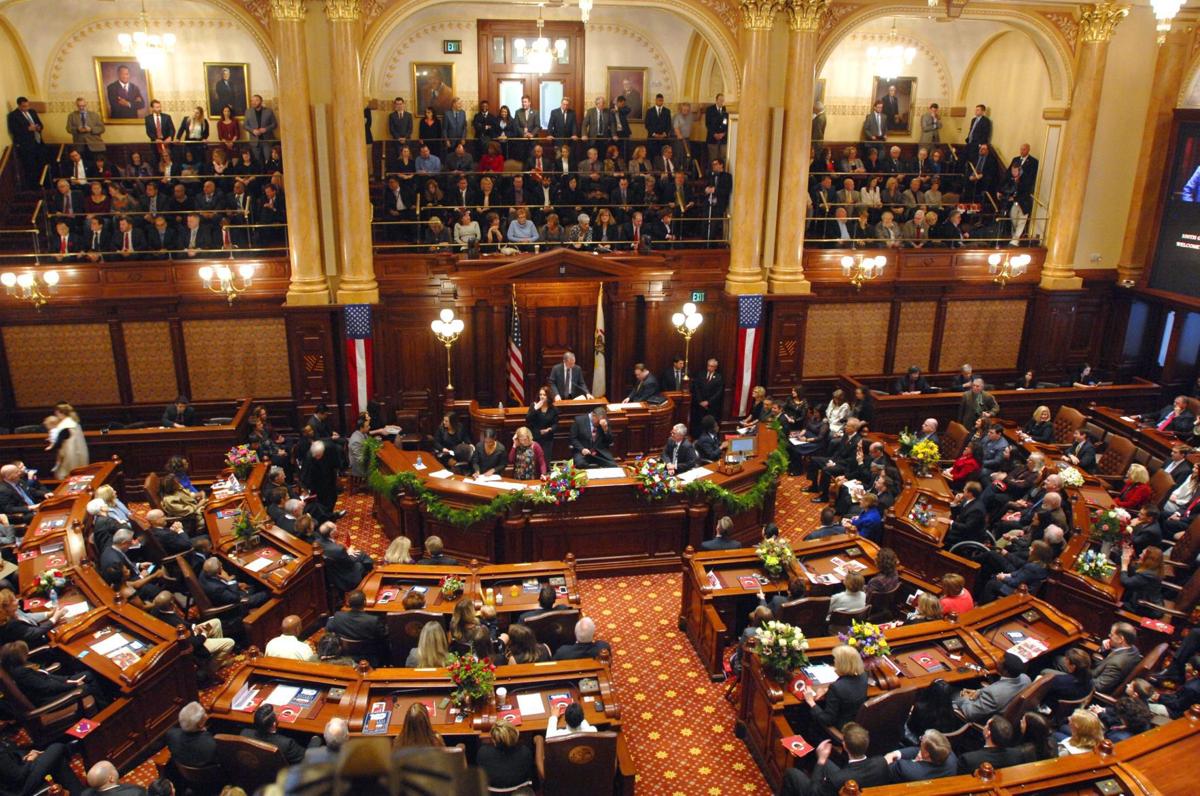 SPRINGFIELD — The Illinois House voted Thursday to override Gov. Bruce Rauner's vetoes of a budget package, giving the state its first spending blueprint in more than two years and ending the nation's longest fiscal stalemate since at least the Great Depression.

The budget is retroactive to July 1 — the start of the fiscal year. That's the date a permanent 32 percent tax increase takes effect. Individuals will pay 4.95 percent instead of 3.75 percent. The corporate rate jumps to 7 percent from 5.25 percent.

Among Central Illinois Republican lawmakers, none voted to override the vetoes except for Bill Mitchell, R-Forsyth.

Rauner vetoed the measures because he sees no indication that the Democratic-controlled Legislature will send him the "structural" changes he's demanded. Those include a statewide property tax freeze, cost-cutting restrictions on compensation for injured workers, changes to pension benefits for state employees, and reforms making it easier for voters to merge or eliminate local governing bodies.

The standoff has had potentially disastrous side effects.

Credit-rating houses threatened to downgrade the state's creditworthiness to "junk," signaling to investors that buying Illinois debt is a highly speculative venture. The bond houses predicted a downgrade without a fix by the July 1 start of the fiscal year — the third consecutive fiscal year Illinois has opened without an approved budget plan. But Fitch Ratings and S&P Global Ratings gave Illinois some breathing room on Monday, issuing notices marking the House tax increase approval a day earlier and indicating they wouldn't take immediate downgrade action.

Government has limped along for two years on the strength of court-ordered spending, but the state comptroller says the treasury will be $185 million short of what's needed to cover basic services by August.

With a $6.2 billion annual deficit and $14.7 billion in overdue bills, the United Way predicts the demise of 36 percent of all human services agencies in Illinois by year's end. Billions of dollars in road construction work is shutting down. Public universities have been cut to the bone and face a loss of academic accreditation.

The budget bills are SB6 and SB9.

The Illinois House of Representatives.