You can add playing the lottery to the growing list of pandemic trends in Illinois.

Record lottery sales helped boost Illinois gaming tax revenue to $1.36 billion for fiscal year 2021, which ended June 30, up 11% from the previous year, according to an annual wagering report released by the state this week.

“It was a very good comeback year for the lottery,” said Eric Noggle, a senior analyst with the state’s Commission on Government Forecasting and Accountability who co-authored the study.

The state’s gaming tax revenues were still below the prepandemic $1.4 billion generated in fiscal year 2019, but gains from the lottery, video gaming and the first year of sports wagering nearly compensated for declines in casino revenues, which continued to fall in 2021 amid capacity restrictions and temporary closures.

Lottery sales in fiscal year 2021 surged 22% to more than $3.4 billion, the highest total since the Illinois Lottery began operation in 1975. Sales were up by $600 million over 2020, with instant games accounting for nearly two-thirds of the revenue, according to the report.

Illinois received $786 million in tax revenue from the lottery — more than half of its 2021 gaming tax revenue — with most of it distributed to the state’s Common School Fund.

It was the highest annual growth for the long-stagnant lottery since the early 1980s. The resurgence was helped significantly by the ongoing pandemic, which has limited access to other forms of gaming for much of the past 18 months, Noggle said.

When Illinois passed sweeping legislation in 2019 to expand gambling in the state, it was envisioned as a way to generate increased tax revenue, opening the door to everything from sports betting to six new casino licenses. The COVID-19 pandemic disrupted those plans, tanking the final quarter of fiscal year 2020, which saw gaming tax revenues fall 12.9% to $1.22 billion, and lingering through fiscal year 2021 and beyond.

Casinos have been the hardest hit, and the slowest to recover.

Adjusted gross revenues at Illinois casinos peaked at $1.98 billion in 2007, and have been declining steadily since the state allowed video gaming terminals at bars, restaurants and truck stops in 2012. The declines accelerated during the pandemic, falling by 30% in fiscal year 2020 after casino operations were suspended statewide from March through June 2020. 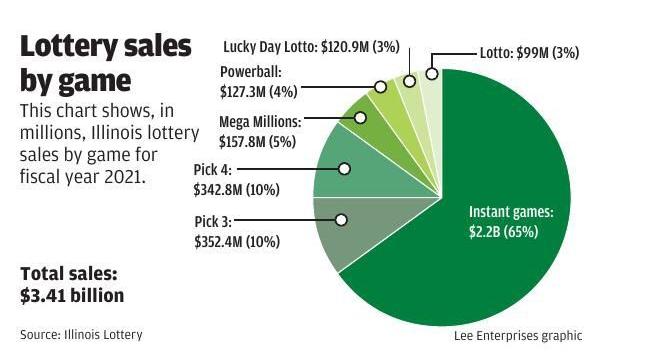 The state’s 10 casinos reopened in July 2020 at limited capacity, but were shut down again in November as the pandemic flared up. The casinos reopened with capacity restrictions in January and went to 100% capacity in June — near the end of fiscal year 2021 — when the state entered phase five of its pandemic reopening plan.

For fiscal year 2021, casinos generated $897 million in adjusted gross revenues, down 4.8% year-over-year. At the same time, Illinois’ state gaming tax revenue from casinos essentially dropped to zero — a result of the pandemic revenue shortfall and a new lower tax rate.

By law, Illinois is required to allocate $66.4 million of the tax money collected annually from Rivers Casino, the state’s busiest casino, to the School Infrastructure Fund. When revenues declined in 2020, the state came up about $16 million short, and made up the difference with a nearly $83 million distribution to the fund in fiscal year 2021.

A new lower tax rate for all casinos went into effect in fiscal year 2021, reducing the state’s share to $202 million, down from $329 million the previous year. After all the required distributions were made, including covering the 2020 shortfall and administrative expenses for the gaming board, there was no tax revenue left for the state, Noggle said.

“It was just like a perfect storm of scenarios that didn’t have enough money to go toward the state,” Noggle said.

Continued growth and expansion of video gaming — also enabled by the gaming expansion bill — made up for some of the lost casino revenue. In fiscal year 2021, more than 40,000 video game terminals across the state generated more than $1.93 billion in net income — a 58% year-over-year increase, according to the report. The state collected $561 million in video game tax revenue for fiscal year 2021.

“Video gaming has been a beneficiary of the virus,” Noggle said. “Instead of traveling to the casinos, because the virus is still lingering, people decided it’s a lot safer to go to these little establishments, your local establishments, and gamble there.”

The first full year of sports betting generated $380 million in adjusted gross receipts — the money kept after winnings are paid out — with the state collecting $57 million in tax revenue for fiscal year 2021. Most of that action took place online through sportsbook apps such as DraftKings and FanDuel after the state temporarily waived in-person registration requirements during the pandemic.

Noggle projected that sports betting tax revenue will top $100 million per year in Illinois within a few years, while video gaming could produce even bigger gains in fiscal year 2022.

As for casinos, the gaming board gave preliminary approval to a proposed Hard Rock casino in Rockford in February, and will begin the process of winnowing down proposals for casinos in Waukegan and the South Suburbs at a special meeting in October. Burdened by a higher tax structure, a casino license for Chicago has yet to generate significant interest from developers, with Mayor Lori Lightfoot pushing back the deadline for bidders to submit proposals from August until October.

While expansion might provide a boost, Noggle said casino revenues have already bounced back this year with double-digit increases in neighboring states such as Indiana, Iowa and Missouri. The biggest difference, he said, is those states don’t have video gaming.

“In those states, if people wanted to gamble, they had to go to a casino,” Noggle said. “In Illinois, a lot of people went with the video gaming option.” 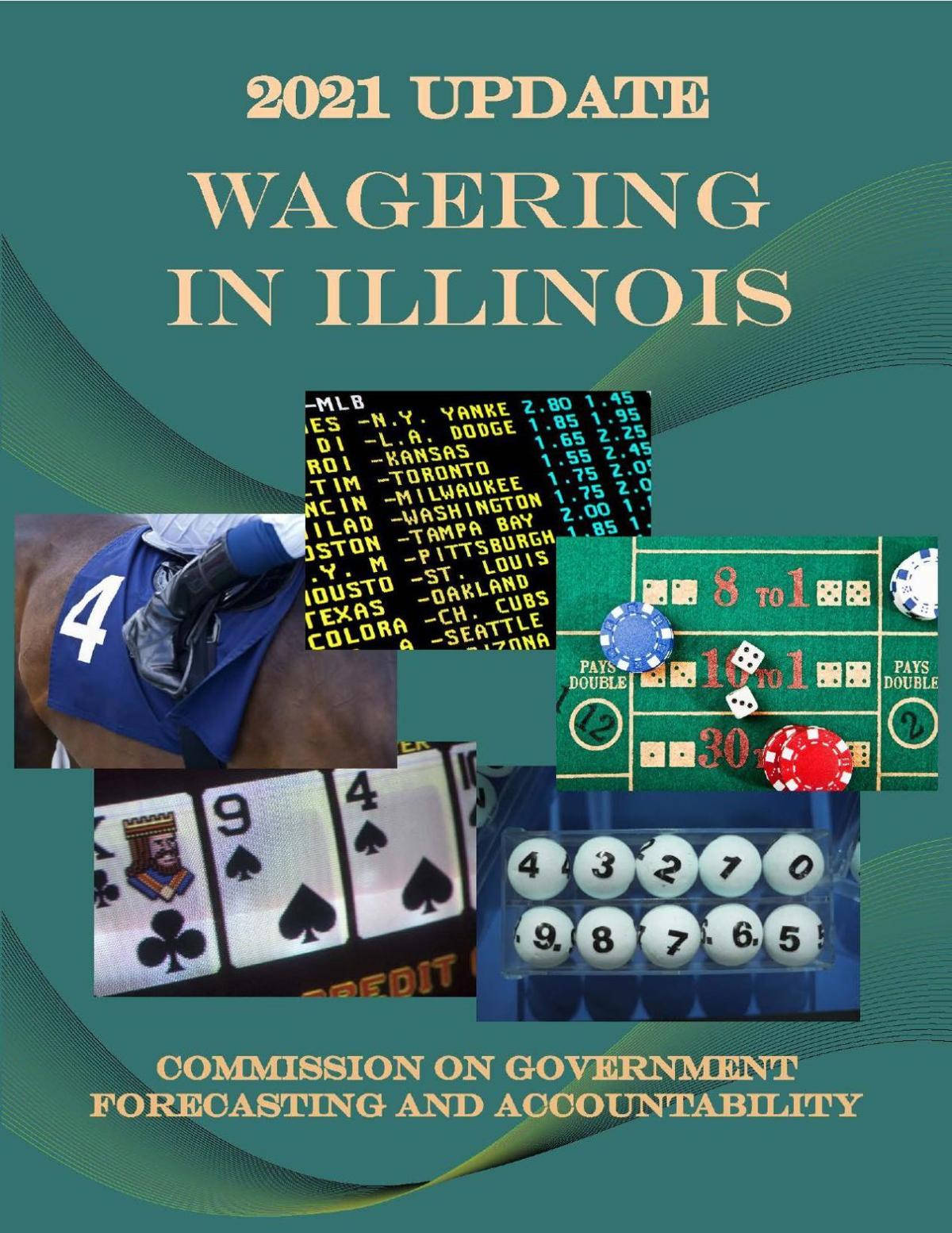 A fisherman at the Clinton Lake Valley Mill Fishing access reported seeing a vehicle on the edge of the lake and then saw a body in the water, authorities said.

The boy was deer hunting when he spotted someone trying to steal a tractor and wood splitter, a family lawyer said.

Mask debates are roiling communities across Illinois. But in this town, neighbors say people are kind and considerate

Many residents of Genoa say the last 18 months have provided new ways for people — whether they vote red or blue — to come together, from ensuring a new restaurant on Main Street stays afloat to organizing blood drives at the local firehouse.

After threats, killings, no fans at rivalry football game

A football game between two rival Chicago schools will be played without spectators Saturday, capping a tumultuous week of threats and the fatal shootings of two students.

Friday marks one month since Jelani Day went missing, a case that has brought national attention to Bloomington-Normal. Here's a look at key dates in the case.

A gun was stolen from a small shop in Wisconsin. Officials have linked it to 27 shootings in Chicago.

With the solid crack of a crowbar, the hooded burglar sent the showcase glass showering onto the gun shop’s floor and quickly swept several pi…

Former Chicago Bears defensive lineman Richard Dent is seeking to have the identity of a sexual harassment accuser revealed so he can pursue a defamation claim.