SPRINGFIELD — Despite a snowstorm that blanketed the capital city and paralyzed much of the rest of the state, Gov. J.B. Pritzker plowed through his combined budget and state of the state address Wednesday, dangling nearly $1 billion in one-time tax relief as part of his $45.4 billion spending plan for the budget year that begins July 1.

Pritzker took the podium in the Old State Capitol in downtown Springfield, a change in scenery brought upon by the snow-induced cancellation of General Assembly session days. It’s the second year in a row the governor has delivered the address from a location other than the Statehouse. Last year, a speech was taped at the Orr Building on the Illinois State Fairgrounds due to pandemic restrictions.

But the message Pritzker delivered Wednesday was significantly more upbeat than the one given last year as COVID-19 cases and hospitalizations continue to drop and state coffers are flush with cash from better-than-expected tax revenues and federal pandemic relief dollars.

And reflective that he’s up for reelection in November, Pritzker hit back at his Republican critics, calling them “the same tired old characters who are always so desperate to bad-mouth Illinois” while defending his record on everything from his management of state finances and the COVID-19 pandemic to his support for controversial criminal justice reform laws approved last year.

"The state of our great state is strong, unbreakable and enduring,” he added.

On the fiscal front, Pritzker painted a picture of a state on better financial footing than at any point in the past quarter-century. The governor’s office is now projecting a $1.7 billion surplus from the current fiscal year while Pritzker is proposing a budget that projects a 3.4% decrease in spending and a surplus of about $458 million.

Such numbers were buoyed by the robust U.S. economy, which grew by 5.7% in 2021, the best performance since 1984 and a strong comeback from a pandemic-induced recession in 2020.

Charlie Wheeler, the retired director of the Public Affairs Reporting Program at the University of Illinois Springfield and a longtime statehouse reporter, said it was "probably the most positive budget address that I can remember."

"It's conservative in the sense that, unlike in some past years, when you had a surplus, the temptation always was to spend it all in creating programs that would have ongoing costs," Wheeler said. "... I think he did use money for current needs, but he was pretty prudent in not adding all the surplus revenue to the bottom line for ongoing programs."

With this newfound flexibility, Pritzker has proposed giving back about $970 million in expected revenues in the form of election year tax relief targeted at lower- and middle-income families.

In the grand scheme, the proposals are relatively small. Dubbed the "Illinois Family Relief Plan," the plan includes a one-year freeze on the scheduled inflationary rise in the state's gas tax, a holiday on the 1% grocery tax and a property tax rebate of up to $300.

“This is the first time in 25 years at least that we've had back-to-back surpluses of this magnitude and so this does present us with the opportunity to use some of our one-time revenues towards restoring Illinois' fiscal house and providing relief to Illinoisans,” said a top administration official ahead of the governor’s speech.

Perhaps most significantly, the governor has also proposed making an additional $500 million contribution to the state’s chronically-underfunded pension system beyond the $9.6 billion minimum payment, the first time that’s happened since 1994.

The governor’s office projects this would reduce the state’s pension liability by about $1.8 billion. The current unfunded liability is about $130 billion.

Pritzker also announced plans to take about $600 million from the surplus in the current budget and $200 million from his proposed budget and put it into the state’s "rainy day" fund, which was depleted during the budget impasse between 2015 and 2017.

Though Republicans were quick to criticize Pritzker’s proposal as filled with election year “gimmicks” and reliant on federal COVID-19 stimulus funds, budget experts and observers of Illinois government were generally positive in their assessment.

“I don't think that there's a gimmick there,” said Amanda Kass, associate director of the Government Finance Research Center at the University of Illinois at Chicago. “I think the state of Illinois is similar to many other state and local governments across the country that have seen revenue performance be better-than-expected.

"And so the surplus is largely a function of actual revenue performance exceeding estimates that were often taking a conservative view and being cautious about the impact of COVID on the economy,” she said.

Kass said the proposal is a continuation of the state digging out of it’s once-massive bill backlog, which is now down to about $2.9 billion, with Pritzker taking a “cautious approach in how he's proposing to use the federal money from the American Rescue Plan Act as well as the kind of surplus in the 2022 budget.”

Budget experts said Pritzker was prudent to focus on using one-time funds for one-time expenses, such as making the extra pension payment and sunsetting the tax relief after one year.

“What I think is interesting — and what I don't think is hyperbole — is that Gov. Pritzker has always been fiscally responsible,” said Ralph Martire, executive director of the bipartisan Center for Tax and Budget Accountability. "And I don't know that he's ever really gotten the credit for that.”

“I think he deserves that a little bit, especially coming out of — we won't get into Quinn's administration — Blagojevich followed by Rauner as being two very, very fiscally irresponsible stewards,” he said.

Though the inclusion of tax relief is not a surprise in an election year budget, Martire said Pritzker showed restraint by not proposing even more for areas where he could see immediate political benefit, such as funding for education or public safety or the creation of new programs with ongoing costs.

"With the additional unanticipated growth in revenue, he could have really constructed a very political budget, and he did not — to his great credit," Martire said.

The proposed budget includes $9.73 billion for K-12 education, an increase of $498.1 million that includes the full $350 million annual increase called for under the state's evidenced-based formula.

About $2.2 billion is earmarked for higher education, a $208 million increase. This includes a $122 million jump in the Monetary Award Program, which brings it to $601 million. That's a 50% increase from four years ago.

The Department of Children and Family Services would receive about $1.32 billion in General Fund dollars, an increase of $250 million, which will be used to address staffing shortages and caseload growth among other things.

Left unaddressed was the status of the $4.5 billion the state owes the federal unemployment trust fund for pandemic-related benefits.

However, administration officials said negotiations are ongoing and that much of the remainder of the $8.1 billion in American Rescue Plan funds, which is about $3.5 billion, would likely go towards paying it down.

Only about $535 million in additional federal stimulus funds were allocated in Pritzker's proposal. The state has until 2026 to spend the funds.

Kass called the budget "a big step forward" in dealing with long-term structural challenges, but there's still work to be done.

"Illinois is still the lowest-rated state in its credit rating," Kass said. "So yes, there's been improvement, but we're not out of the woods yet."

Man charged with burglary in Bloomington

The moment the Chinese spy balloon was shot down, ordered by President Biden 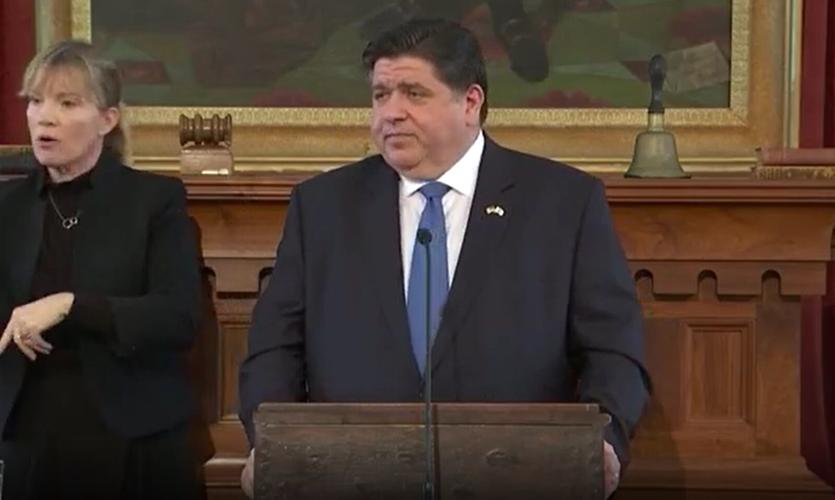 Gov. J.B. Pritzker delivers his State of the State address in Springfield on Wednesday. 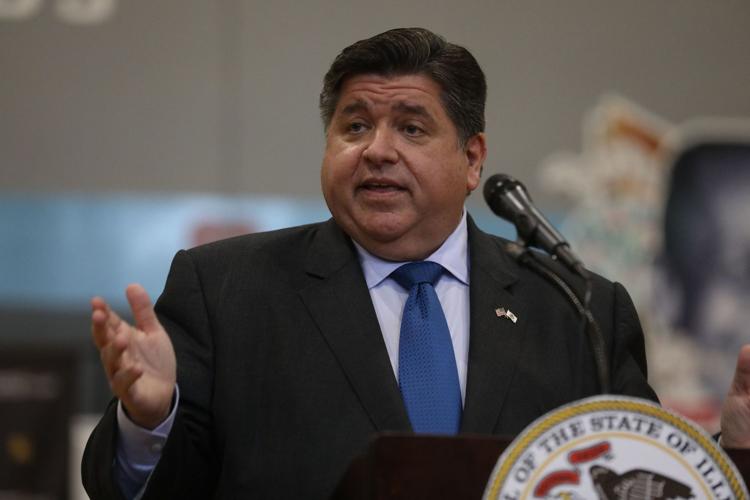 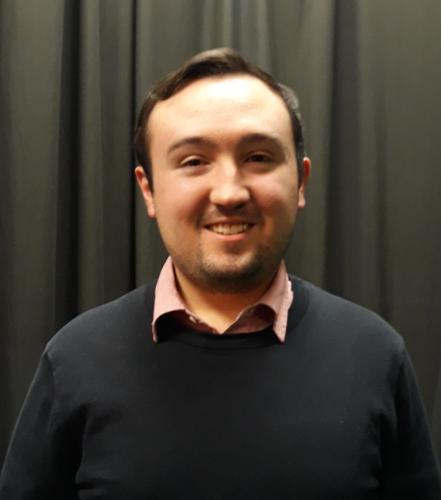