SPRINGFIELD — Gov. J.B. Pritzker signed into law Tuesday a package of tax incentives and credits targeting the burgeoning electric vehicle industry, a move some hope will position Illinois to become the “Silicon Valley of EVs.”

It was on an expedited timeline, an acknowledgment of the significant competition among states to attract EV producers and suppliers and how quickly those companies plan to make decisions on where to invest in the months ahead.

Illinois’ package is relatively modest compared to some other states, but builds on the state’s existing strategic advantages, such as its role as a national transportation hub, its pool of skilled workers and the presence of major EV manufacturers like Rivian, which last week earned one of the largest IPOs in years with a $77 billion valuation.

“By signing the Reimagining Electric Vehicles in Illinois Act into law, we’re making clear to the world that Illinois is open for business and on track to be the best place in the nation to manufacture and drive an electric vehicle,” Pritzker said at the bill signing, held at the Rock Valley College Advanced Technology Center in Belvidere.

Companies would be eligible for ​​a state income tax credit of 75% or 100% of payroll taxes withheld from each new employee for up to 15 years, with the greater percentage applicable if the company locates in an underserved area. They would receive 25% or 50% for current employees if the minimum number of new employees are hired.

The package is tailored so companies big and small are eligible, a deliberate sliding scale that may attract more headline-grabbing large companies like Rivian, but also smaller battery and parts producers that can build out the state’s EV supply chain.

“Today's bill signing represents the next step in promoting Illinois as the Silicon Valley of EVs as we work together to attract new investment from suppliers and other supporting players in this industry,” said James Chen, vice president of public policy at Rivian.

There would also be income tax credits for the wages of construction workers, a sales tax exemption for building materials and a tax credit for training workers.

The bill also includes a provision for existing automakers that make an investment of at least $100 million and create 75 new jobs over five years. This provision could play a significant role in keeping Illinois’ existing auto industry in the state.

Less than four miles away from the bill signing is the Stellantis plant in Belvidere. The company recently announced plans to lay off 400 workers at the plant, which produces the Jeep Cherokee.

Illinois already has a head start compared to most states on EV production.

Rivian, started in 2009, bought the former Mitsubishi plant in Normal in 2017 and launched the R1T pickup in September, the world's first battery-electric truck. The R1S sport-utility vehicle and an electric delivery vehicle also are being built there.

The company’s move to Illinois was aided by a package of state EDGE tax credits and local property tax abatements. It now employs about 3,400 people at its Normal facility with plans for future growth.

Patrick Hoban, CEO of the Bloomington-Normal Economic Development Council, told The Pantagraph last week that the initial investment “has paid off larger than anyone could have expected” and that it was “probably one of the best economic development projects in the state of Illinois."

State officials hope to replicate Rivian’s success with the aid of state policy.

Beyond the REV Act, there are EV provisions in the landmark clean energy law Pritzker signed in September, including a $4,000 subsidy for the purchase of an EV. The state has also set a goal of having 1 million electric vehicles on the road in Illinois by 2030.

“I'll be the first to admit that my goals for our state are ambitious,” Pritzker said. “But we are backing our ambitious goals with tangible policy solutions that address our challenges and seize our opportunities.”

There is a thirst for economic development in Central Illinois, and Bloomington-Normal is leading the way as a beacon for electric vehicle manufacturing.

Wollrab resigns from McLean County board

BLOOMINGTON — McLean County residents living within county board District 6 have until Feb. 3 to submit an application for the board seat, whi…

Eats of the Week: Maggie Miley's, an authentic Irish pub

The Pantagraph every week showcases a different bar or restaurant. Know one we ought to check out? Email olivia.jacobs@lee.net.

It's the second time the Dearborn automaker and the EV startup have shredded developments plans. Citing the COVID-19 pandemic, the companies in April 2020 said they were no longer collaborating on an EV for Ford's Lincoln luxury brand.

The Illinois Department of Commerce and Economic Opportunity confirmed that, to this date, no agreements have been executed under the parameters of the "REV Act."

Here's how Illinois agencies are working to meet the state's goal of 1 million electric vehicles on the road by 2030.

Protesters detained by police in central Moscow at anti-mobilization rally

Protesters detained by police in central Moscow at anti-mobilization rally 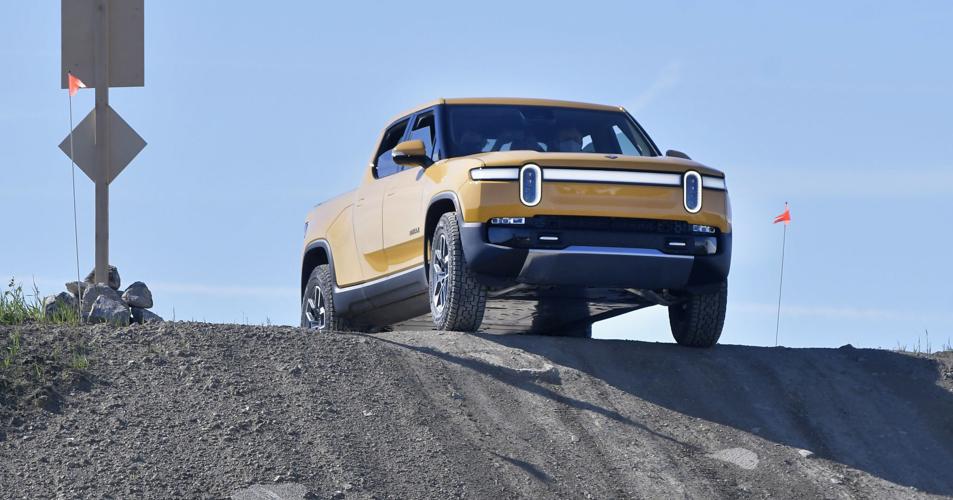 A Rivian R1T pickup truck goes over the side of a 45-degree embankment on a test track at the Normal automotive plant, Sunday, Sept. 26, 2021. The company's First Mile event allowed government officials and other invited guests to test drive the first electric truck that was being released to customers on Monday. 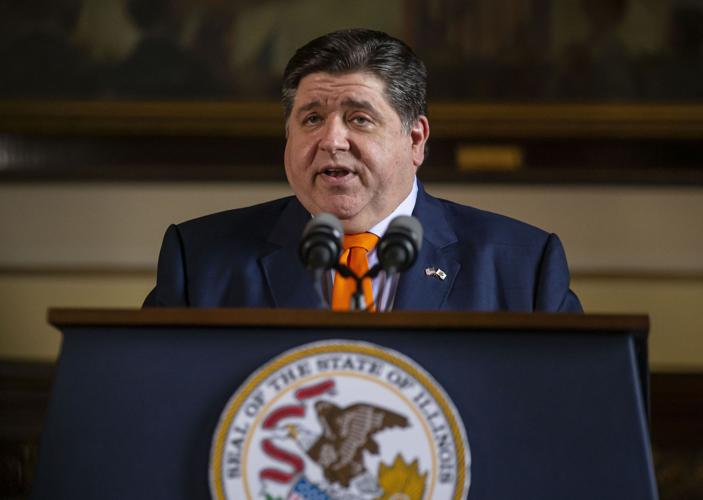