SPRINGFIELD — Former U.S. Attorney John Milhiser announced Tuesday that he will seek the Republican nomination for Illinois Secretary of State, becoming the second member of his party and sixth candidate overall to jump into the race to succeed retiring Democratic incumbent Jesse White.

Milhiser is believed to have the backing of billionaire Ken Griffin and other wealthy GOP donors, who plan to finance a slate of statewide candidates against Democratic incumbents in the 2022 election.

"I am running because we can do better in Illinois," Milhiser said in a news release. "We can have good government. We can have safe communities, and we can rebuild trust in our leaders. As the next Secretary of State, I will continue to work to end the culture of corruption that has been fostered for decades in this state."

Milhiser most recently served as the top federal prosecutor in the 46-county Central District of Illinois, a post he was appointed to by President Donald Trump in October 2018. He was later confirmed unanimously by the U.S. Senate and served until February 2021, resigning at the request of President Joe Biden.

Prior to that, Milhiser was the twice-elected Sangamon County state's attorney. He started his legal career in that office in 1997 and spent time in the juvenile, civil and felony divisions before entering private practice in 2003. He returned to the state’s attorney’s office in 2008 as the first assistant. He was appointed to the top job in 2010 and elected in 2012 and 2016.

Milhiser's entry means that both party's nominations for the office will now be contested. State Rep. Dan Brady, a Bloomington Republican, announced his candidacy for the office in November.

In response to Milhiser's entry, Brady released a list of more than 40 Republican state lawmakers who have endorsed his campaign. Brady also has the backing of U.S. Reps. Mike Bost, R-Murphysboro; Rodney Davis, R-Taylorville; and Darin LaHood, R-Dunlap.

“Having Republican lawmakers’ support and guidance behind me is significant,” Brady said. “Their support will allow us to build an effective campaign infrastructure from Cairo to Waukegan as I prepare to share my message with voters in the months ahead.”

On the other side, four Democrats are vying for their party's nomination. They are former state Treasurer Alexi Giannoulias; Chicago City Clerk Anna Valencia; Chicago Ald. Pat Dowell and Chicago Ald. David Moore.

"Anna is an exceptional candidate, and I trust her to effectively lead an office which touches all of our lives," Durbin said.

It's a boost for Valencia, who has fallen behind Giannoulias in money and endorsements from major unions and elected officials. But it isn't a huge surprise — she was Durbin's campaign manager in 2014.

Historically, the Secretary of State's office has been a stepping stone position for candidates seeking higher office, with two former officeholders, Republicans Jim Edgar and George Ryan, going on to become governor. Another, Democrat Alan Dixon, went on to serve two terms in the U.S. Senate.

It is the most prominent statewide office outside the governor’s office, controlling more than 4,000 jobs and touching the lives of nearly every Illinois resident by issuing driver’s licenses and registering motor vehicles.

White has held the office since 1999, an unprecedented run. Though he considered retirement previously, the popular Democrat was convinced to stay on a few times, thus saving his party from an expensive open statewide race.

Democrats, eager to hold the office this coming year, were quick to pounce on Milhiser's entry, calling the former prosecutor "the first pawn in the latest political game from Bruce Rauner and Ken Griffin."

"Rauner and Griffin are most famous for waging a disastrous four-year war on good government in Illinois, decimating our social safety net and nearly plunging our state into junk status," said Abby Witt, executive director of the Democratic Party of Illinois. "Rauner and Griffin are now back, choosing their own slate of handpicked puppets instead of letting voters to have their say."

Lee Enterprises and other outlets reported last month that Griffin has agreed to help fund a slate of candidates to the tune of $200 million to $300 million. A spokesman for Griffin did not immediately return a request for comment Tuesday.

Milhiser will likely lean into his prosecutorial background in the campaign, which could be an effective strategy as several Illinois elected officials as well as people connected with former House Speaker Michael Madigan stand trial on various corruption charges this year.

State Sen. Steve McClure, R-Springfield, who succeeded McCann and previously worked under Milhiser in the state's attorney's office, said his former boss is "not afraid of confrontation for the public good."

"John is definitely a skilled attorney and he was a very good boss," McClure said. "We're friends and he's done a lot of really great things including going after corruption in state government. The most prime example that, of course, is Sam McCann."

McClure, however, is among the majority of Republican state elected officials who has endorsed Brady, saying he was not aware Milhiser planned to run before pledging his support.

Milhiser did not return requests for additional comment Tuesday. He has yet to open a fundraising account for his latest campaign.

Candidates for office can begin gathering signatures to get on the June 28 primary ballot later this month.

Complaints about long-term care in Illinois are usually dismissed. One woman’s case sheds light on how system works.

Planned Parenthood of the St. Louis Region and Southwest Missouri will cut the ribbon on a first-of-its kind “regional logistics center” intended to aid out-of-state women in need of abortion services at the organization’s Metro East facility.

Unused medication can be donated under new Illinois law

A new law allows donation of unused medication in Illinois. But it could take some time to get started.

Gov. J.B. Pritzker said Wednesday that he is “cautiously optimistic” that the recent surge in COVID-19 cases spurred by the omicron variant has peaked.

Edgar 'impressed' with Irvin, but initially 'thought he was a Democrat'

The Republican legislators again called for the repeal of the SAFE-T Act.

Four contenders in the Republican race for governor largely spent as much or more than they raised during the final quarter of 2021 as they competed for the right to take on billionaire Democratic Gov. J.B. Pritzker in November, according to the latest campaign finance reports.

Chicago Mayor Lori Lightfoot has been spending campaign money faster than she has been raising it, leaving her with less political cash than she had shortly after winning office two and a half years ago.

US supply chain problems cause more shortages in basic items

US supply chain problems cause more shortages in basic items

U.S. athletes told to use burner phones at Winter Olympics in Beijing

U.S. athletes told to use burner phones at Winter Olympics in Beijing 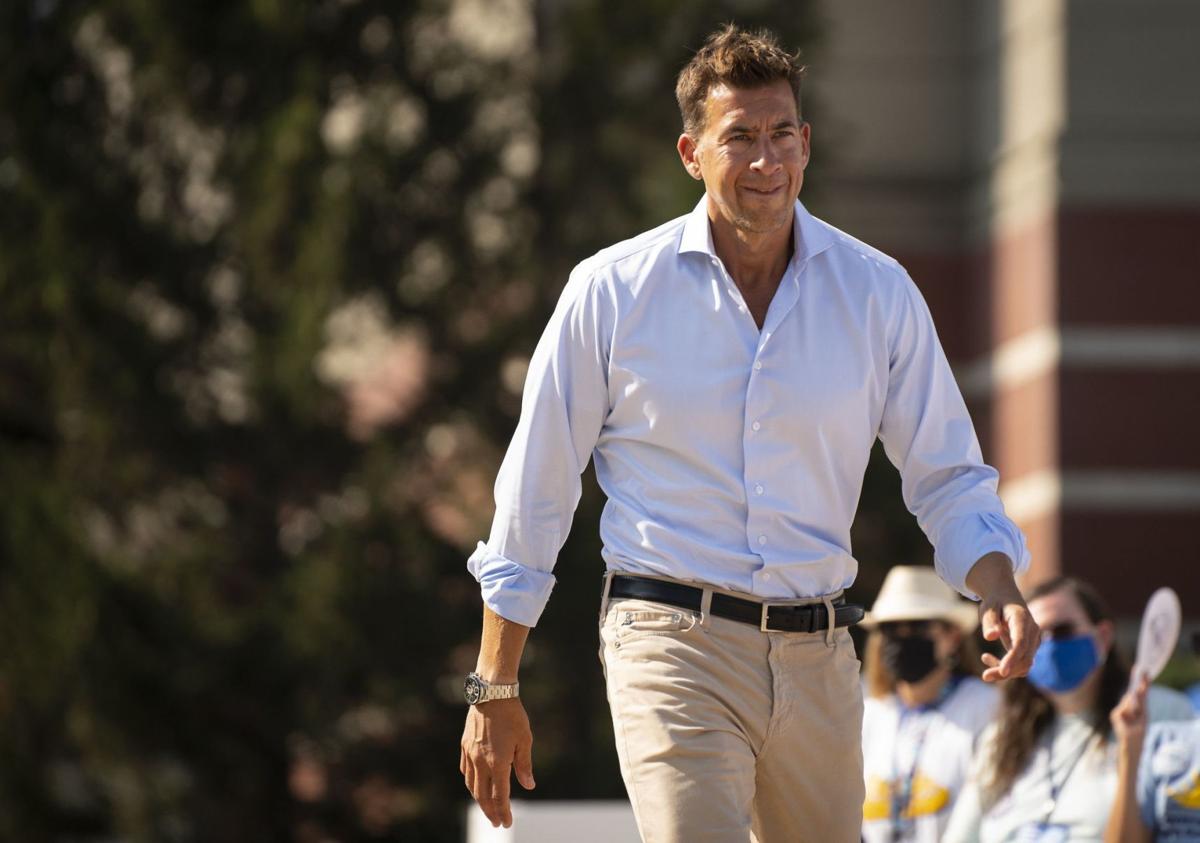 Former state Treasurer Alexi Giannoulias, a candidate for Illinois Secretary of State, at the Illinois Democratic County Chair's Association brunch before Governor's Day at the Illinois State Fair in Springfield on Aug. 18, 2021. 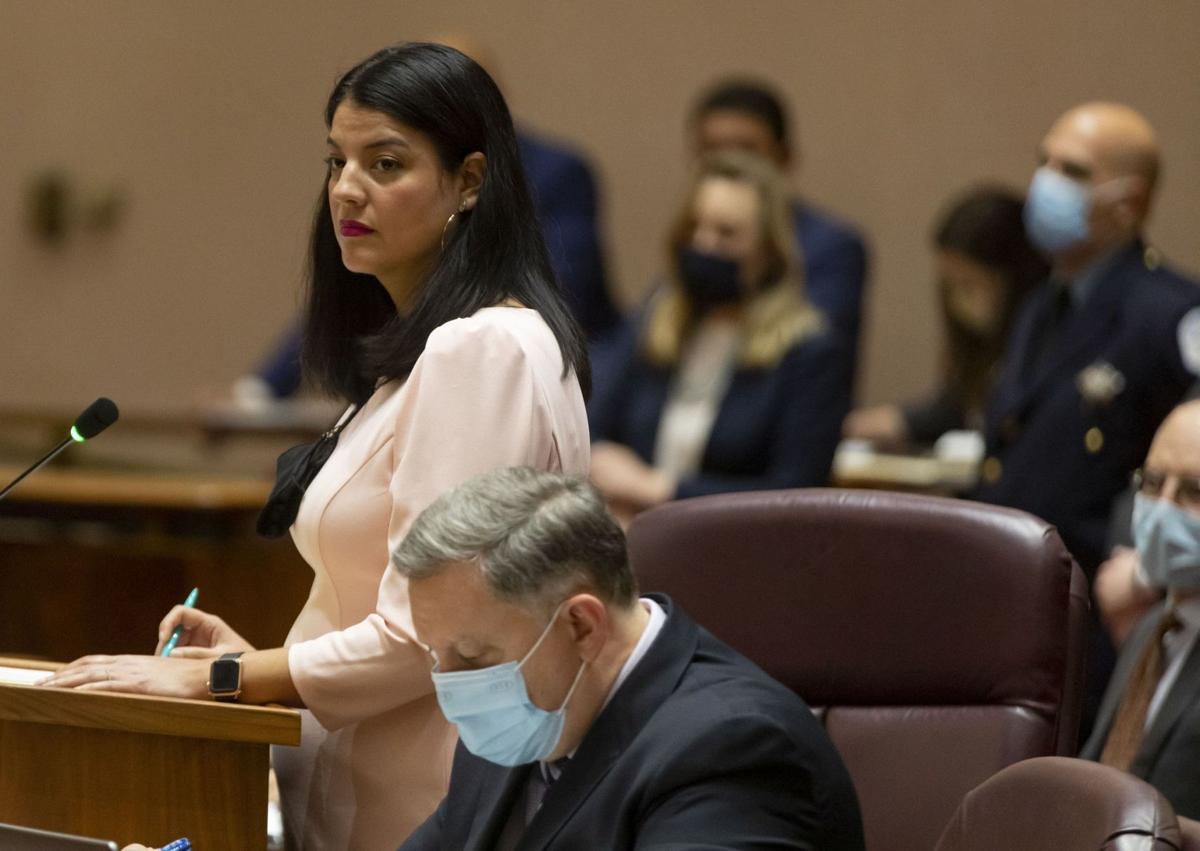 Chicago City Clerk Anna Valencia is shown during a City Council meeting in May. 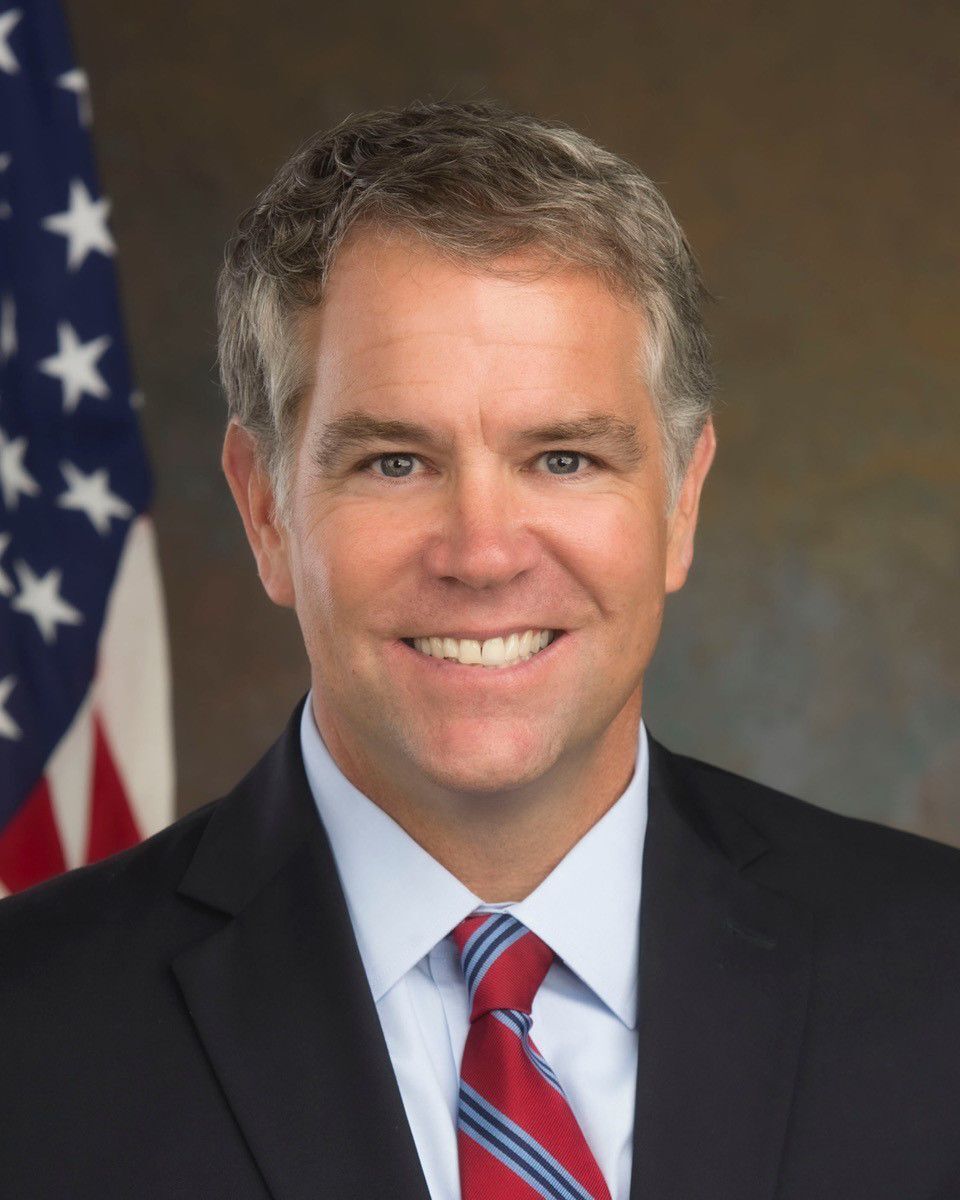