Illinois Republican voters are poised to potentially reject on Tuesday some or all members of a slate of GOP candidates for statewide office that Griffin funded with $50 million and that is headed by Aurora Mayor Richard Irvin’s bid for the Republican nomination for governor.

Considering the timing and political optics, it points to a potentially early concession speech. Irvin is in a hotly contested six-way race for the nomination and facing strong opposition from state Sen. Darren Bailey of Xenia.

Bailey has been helped, in part, by a slew of TV ads paid for by Democratic Gov. J.B. Pritzker and the Pritzker-backed Democratic Governors Association that label Bailey as “too conservative” for Illinois. It is a backhanded push for conservatives to back Bailey, who Democrats think will be easier to defeat in the fall.

In a statement Thursday morning, Irvin blamed Pritzker for Citadel’s departure and for refusing “to acknowledge what everyone sees, which is that his high-tax, pro-criminal administration is literally driving jobs and businesses out of state.”

“In the last month alone, Illinois lost Boeing, Caterpillar and now Citadel,” Irvin said, noting recent announcements by the defense contractor and airplane-maker and Caterpillar Inc. are moving their corporate headquarters to Virginia and Texas, respectively.

Adding a pitch for his candidacy, Irvin said, “It’s a clear pattern that shows no signs of ending unless we beat Pritzker in November, and I’m the only person in this race with a proven record of success to take Illinois back.”

“I mean, this is a huge statement. What we’re seeing with these corporate offices, (Pritzker) just can’t dismiss it as a couple of white collar jobs,” he said. “This is going to reverberate all over the country. This is what Illinois is right now versus what it used to be.”

“We will continue to welcome those businesses— including Kellogg, which just this week announced it is moving its largest headquarters to Illinois — and support emerging industries that are already creating good jobs and investing billions in Illinois, like data centers, electric vehicles and quantum computing,” Bittner said in a statement.

Pritzker’s efforts to defeat Irvin in the GOP primary symbolize the bitter relationship between the state’s billionaire governor and Griffin. Griffin had frequently cited fears of crime in Chicago as a potential reason for moving Citadel, blaming Pritzker and his policies but not Mayor Lori Lightfoot, including at an October 2021 event at the Economic Club of Chicago.

In the November 2020 election, Griffin spent $53.75 million to oppose Pritzker’s signature agenda item, a proposed constitutional amendment rejected by voters to change the state from a flat-rate income tax to a graduated-rate levy. Pritzker spent $58 million to encourage its passage.

In the 2018 governor’s race, Griffin gave one-term Republican Gov. Bruce Rauner $22.5 million in his losing reelection effort against Pritzker, who spent more than $170 million of his own money on his campaign. Griffin gave Rauner $13.5 million for Rauner’s winning 2014 effort.

Also in 2020, Griffin pumped $4.5 million into a group that opposed the retention of Democratic Illinois Supreme Court Justice Thomas Kilbride. Kilbride went on to become the first court justice to lose a retention vote. This time around, with elections outside of Cook County for a redistricted Supreme Court, Griffin has given the group more than $6.25 million.

All told, Illinois State Board of Elections records show, Griffin has contributed $179 million to state and local candidates, mainly Republicans, and organizations. But Griffin also was a financial supporter of Chicago Mayors Richard M. Daley and Rahm Emanuel.

In May, Griffin announced he was donating $25 million to launch two academies based at the University of Chicago to provide advanced police training to law enforcement leaders and violence interruption organizations.

Griffin also has given roughly $40 million to various outside groups seeking to influence the outcome of congressional races across the country in the midterm elections. That has made him one of the top individual donors in the nation involved in reshaping Congress this cycle.

If he decides to devote his resources to Florida, Griffin’s departure could mean an even more depleted fundraising future for Illinois Republicans who had counted on his wealth to help in part make up for Pritzker’s lavish spending on Democrats.

While Republicans pounced on the news to blast Democratic leadership in Illinois and Chicago, at least one leading Chicago Democrat did not shed many tears about Citadel’s leaving.

U.S. Rep. Jesus “Chuy” Garcia of Chicago said the news of Citadel’s move “doesn’t come as a great shock” since Griffin previously had been moving jobs out of Illinois.

“I guess he feels more welcome as a Republican, as an arch-conservative, in a state where DeSantis is governor,” Garcia, a progressive Democrat, said before an appearance at the National Association of Latino Elected and Appointed Officials, which is holding its annual meeting in Chicago. “I wish his employees well.”

But Garcia said he also won’t be surprised if Griffin continues “meddling” in Illinois politics from his new locale.

“Billionaires can still affect elections, no matter where they are,” he said.

Trump's political operation confirmed Thursday that the former president will appear with Miller at the Adams County Fairgrounds just outside of Quincy.

Trump and Pence coming to Illinois for separate events next week

The wealthiest man in Illinois is moving his company’s headquarters from Chicago to Miami.

Pritzker: 'I have no reason not to' run ads against Republicans prior to primary

"The right to safe, accessible reproductive health care is in full force in Illinois — and will remain so," Gov. J.B. Pritzker said Friday.

The state’s wealthiest man, Citadel CEO Ken Griffin, is again exerting influence in a race for an Illinois Supreme Court seat during an election cycle that could give Republicans a high court edge.

The future of the Illinois GOP: Primary may decide how far right it will go

More than just picking nominees for governor and other offices, Illinois Republicans’ choices this June 28 primary also will determine the GOP’s future and whether the state party’s gradual move to the right in recent years will accelerate.

In a 4-3 decision with a blistering dissent from the Republican minority, the Illinois Supreme Court declined to rule on a question of whether the Illinois Firearm Owners Identification Act is unconstitutional.

Watch Now: Disney caught in the middle of political firestorm over Florida law 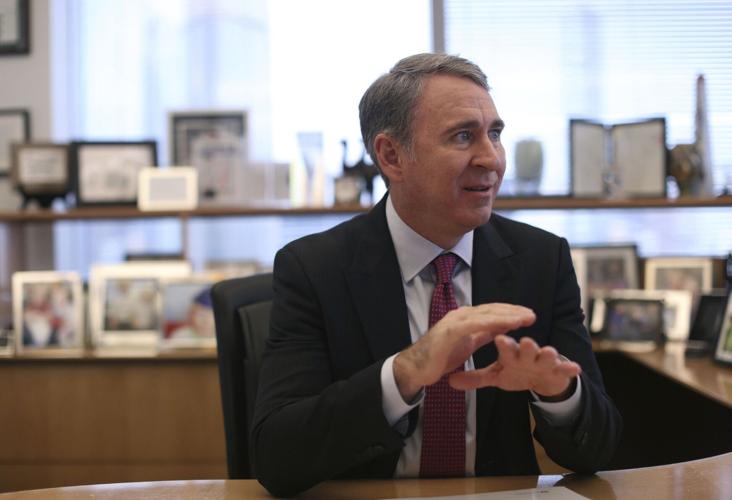 Ken Griffin, the founder and CEO of Citadel, pictured in November 2014. 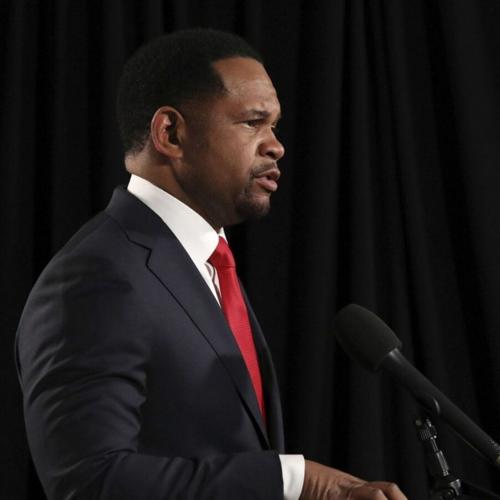