BLOOMINGTON — Four Illinois Republicans representing the party’s past, present and — perhaps — future sat on a panel in Bloomington on Thursday evening, sharing thoughts about state government, politics and where the party stands in relation to those.

“There's people who just simply can't agree to disagree,” said Dan Brady. “... The respect is missing more today than ever before that I can remember, whether it was our party, or overall.”

Nationally, the party’s divisions have been exposed in recent days with the removal of Rep. Liz Cheney, R-Wyoming, from House Republican leadership over her continued refusal to spread the false claim that the 2020 election was stolen from former President Donald Trump.

But in Illinois, the divide between the moderate and conservative wings has been clear for years, presenting a challenge for the party as they seek to find a candidate who can both win a GOP primary and compete in a statewide general election.

Gov. J.B. Pritzker confirmed Thursday that Illinois would move into the so-called "bridge phase" Friday, kicking off a 28-day monitoring period in which state health officials will keep an eye on COVID-19 resurgence metrics and aim to vaccinate at least 70% of the state's adult population.

Edgar, the popular former two-term governor with a reputation as a moderate, said the only way forward for the party if it hopes to defeat Democratic Gov. J.B. Pritzker is to nominate someone who can win votes with moderate voters in the Chicago suburbs.

“One of the things I found as a downstater running is you can't scare the folks up north,” Edgar said. “Now, I could get votes up there and there's some I didn't get. But, for the most part, they weren't scared of me. They didn't think I was going to be evil, so they didn't go out and try to beat me. So, if we have candidates who sound pretty harsh and talk about 'well, let's Chicago out of the state.' that's not going to play well.”

That was an implicit dig at state Sen. Darren Bailey, R-Xenia, who co-sponsored a resolution last session calling for Chicago to be made its own state. Bailey announced his gubernatorial campaign in 2022.

Edgar, when asked about prospective candidates who might have a shot against Pritzker, named U.S. Rep. Rodney Davis, R-Taylorville, and Barickman.

Barickman, first elected to the House in 2011 before moving over to the Senate in 2013, said he’s not ruling out a gubernatorial campaign and will make a decision “later this summer.”

“We have about three weeks left in the legislative process,” Barickman said. “My attention is focused on that  getting through the budget and the other important issues that we've got in front of us. After that we'll make decisions about what we're going to do next in politics, I'll make those alongside my family. And that's the timeline that I'm on for making that decision.”

Barickman is a fiscal conservative, but also voted in favor of cannabis legalization and same sex marriage, perhaps making him a candidate who can appeal to a wider net of voters.

Like Davis and other Republicans, a decision may not come until after the redistricting process is settled.

“I think it's a year where options are important and I'll evaluate those options at the right time,” Barickman said.

Whether he runs or not, Barickman said the party needs to be united to win in a blue state like Illinois.

“I think that one of the things we historically have learned, and we certainly saw it in this last election cycle, was that divided parties lose elections,” he said. “That was readily apparent in Georgia, where as a party, we clearly weren't united. And look at what was at stake in that instance: the United States Senate.”

'Light is getting brighter'

Illinois budget officials said Thursday that revenues are flowing into state coffers at a faster pace than previously estimated, meaning lawmakers will have more money to work with as they try to finalize a new budget for the fiscal year that begins July 1

The move reverses earlier CDC recommendations that stated parents had a seven-week window in which children could not be vaccinated. The new guidance allows multiple vaccinations to overlap.

Watch now: Homebound are next vaccination target in McLean County

McLean County Health Department officials said they are "trying to identify" segments of the population that still don't have access to the vaccine.

An abrupt decision from the federal government aimed at freeing the vaccinated from wearing masks in most places has left a wake of division among government, health and business officials whose responses to the revised guidance have varied wildly. 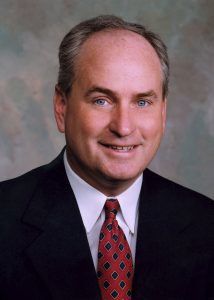