When he signed the Reimagining Electric Vehicles in Illinois Act last November, Gov. J.B. Pritzker hailed it as legislation that “will help Illinois become one of the leading EV hubs in the entire nation.”

“The Reimagining Electric Vehicles Act is about acknowledging there doesn’t need to be a tradeoff between a cleaner environment and more jobs,” Pritzker said at the time, speaking from a facility at a Rockford community college that will one day house an electric vehicle program. “We can do both, and today we take a giant leap forward in that quest.”

But more than eight months later, any incentives packages made available through the program are still on the assembly line.

The Illinois Department of Commerce and Economic Opportunity confirmed that, to this date, no agreements have been executed between the state and electric vehicle producers or suppliers under the parameters of the "REV Act."

“DCEO is in active conversations with companies to grow our base of EV leaders that call Illinois home, like Rivian, Lion Electric and EVBox, among others,” said DCEO spokeswoman Emily Bolton.

The law took effect immediately after being signed, but 2022 is the first year that credits could be earned. “Tax incentives like REV are binding legal documents which take several months to complete,” she said.

Bolton added that the process includes working with companies on their applications, negotiating a formal agreement and then executing a final contract — all of which that takes time, several months at a minimum.

Recipients of REV tax credits will only be made public once final agreements are executed, Bolton said.

According to a REV Illinois annual report, released by DCEO earlier this month, the department "expects to have projects to report on in the next reporting cycle."

Though there was a sense of urgency to pass the incentives package last year as EV companies make long-term decisions on where to locate in real time, experts say there is no reason to worry yet.

"There's always a lag to public policy and implementation," said P.S. Sriraj, director of the Urban Transportation Center at the University of Illinois at Chicago. "But that lag may be accentuated with what we have been experiencing the last couple of years with the pandemic and the impact on the economy and the manufacturing sector.

"But as long as it's in place and it's messaged the right way, I'm sure industry will take note," he continued. "Nobody wants to just let go of free money, especially the private sector."

It makes EV producers and suppliers eligible for what’s essentially an enhanced version of the state’s EDGE tax credit based on the amount of investment and jobs created.

The package is tailored so companies big and small are eligible, a deliberate sliding scale that may attract more headline-grabbing large companies like Rivian, but also smaller battery and parts producers that can build out the state’s EV supply chain.

"I'd say it's still early days in terms of sort of assessing its value, but the early indicators are positive," said Dan Seals, CEO of Intersect Illinois, the state's public-private economic development arm. "We're having more conversations now with EV companies than we have had in the past. That said, it's just one piece of the puzzle."

All EV producers and suppliers are eligible for ​​a state income tax credit of 75% or 100% of payroll taxes withheld from each new employee for up to 10 years, with the greater percentage applicable if the company locates in an underserved area. They would receive 25% or 50% for current employees if the minimum number of new employees are hired.

Those receiving the largest packages would be eligible to receive the tax credit for up to 15 years and to receive exemptions on various other taxes, such as on utilities and telecommunications.

Whether the REV Illinois program is a game-changer for the state's EV industry remains to be seen.

Sriraj and John Simon, a professor at Governor's State University, were awarded a grant earlier this year to examine how Illinois can develop a sustainable and inclusive supply chain for the electric vehicle industry.

"It's an important tool, but you may need to layer it with other other aspects to make manufacturing come back," Sriraj said, adding that having robust workforce development capabilities would be paramount.

Illinois has had a head start in the EV industry in some ways given the large investments made by automakers like Rivian, which bought the former Mitsubishi plant in Normal in 2017 and launched the R1T pickup in September 2021, the world's first battery-electric truck.

The company, which now employs more than 3,400 at their Normal facility, was aided by by a package of state EDGE tax credits and local property tax abatements.

Though those EDGE tax credits served as a model for REV Illinois, Seals said that the state's existing advantages, such as its educated workforce and status as the nation's logistics hub, are what made Illinois attractive to companies like Rivian and what will draw interest from other EV companies.

"REV really allows us to stay in that conversation and let our value proposition come through," he added.

And beyond the REV Tax credits, there are EV provisions in the landmark clean energy law Pritzker signed in September, including a $4,000 subsidy for the purchase of an EV. The state has also set a goal of having 1 million electric vehicles on the road in Illinois by 2030.

The state also hopes to piggyback off federal investment in EV infrastructure. It will receive $149 million to expand its EV charging network from the $1 trillion infrastructure bill signed into law by President Joe Biden last year.

"If the federal money can be used to put the supportive infrastructure for the electric vehicle industry, the REV Act actually goes to the core of how manufacturing can be supporting this industry in Illinois," Sriraj said, "because this could potentially attract manufacturers of the various components, from the smallest part that goes into an electric vehicle to the more important ones like engines and batteries.

"The entire spectrum can benefit through this act." 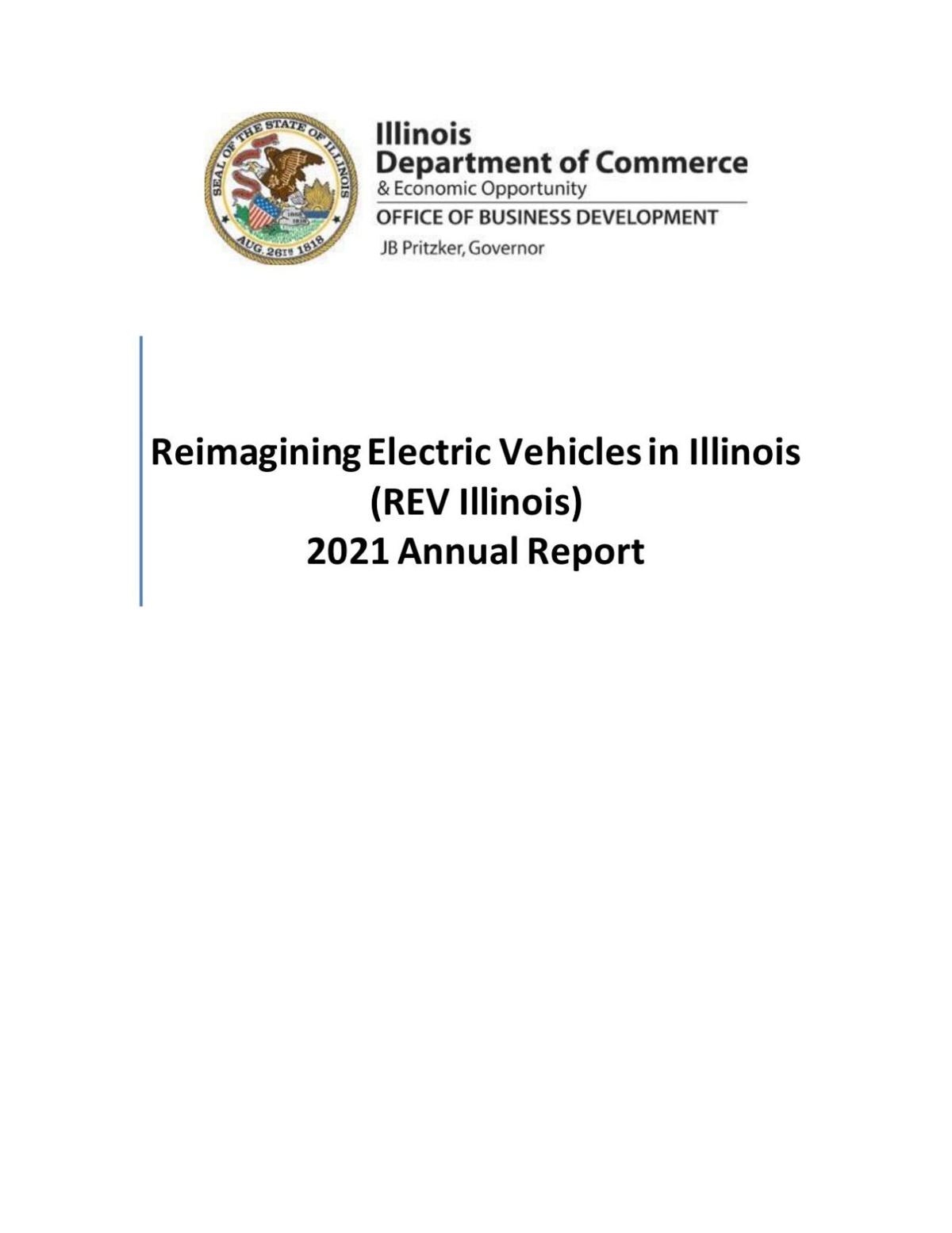 Rivian’s all-electric R1T truck is 2022’s “Coolest Thing Made in Illinois.” That was the result of the third annual Makers Madness bracket-style tournament hosted by the Illinois Manufacturers’ Association which allows Illinoisans to vote for the “coolest” product made in the state.

Illinois launches economic development campaign to find the next Rivian

Intersect Illinois helped Rivian negotiate the deal to buy the shuttered Mitsubishi plant for $16 million in January 2017 — but the victories have been few and far between since.

"It was far from guaranteed that there would ever be a new employer to play the role that Mitsubishi had," Buttigieg said. "But the Rivian story and the Bloomington-Normal story is one that a lot of communities would envy."

Driven by legislators, automakers and consumer demand, electric vehicles are poised to rule the road over the next decade, and Illinois may be a key manufacturing hub.

A contentious race for leadership of the state’s Democratic Party appears to be down to a single candidate ahead of a Saturday morning vote.

Rivian lays off 6% of workforce, including 50 jobs at EV plant in Normal

Startup electric truck manufacturer Rivian has laid off 6% of its total workforce, or about 840 nonmanufacturing employees, including about 50 at its downstate Normal assembly plant.

Here's how Illinois agencies are working to meet the state's goal of 1 million electric vehicles on the road by 2030.

Luxury spa in the sky suspends over the Italian Dolomites

Luxury spa in the sky suspends over the Italian Dolomites 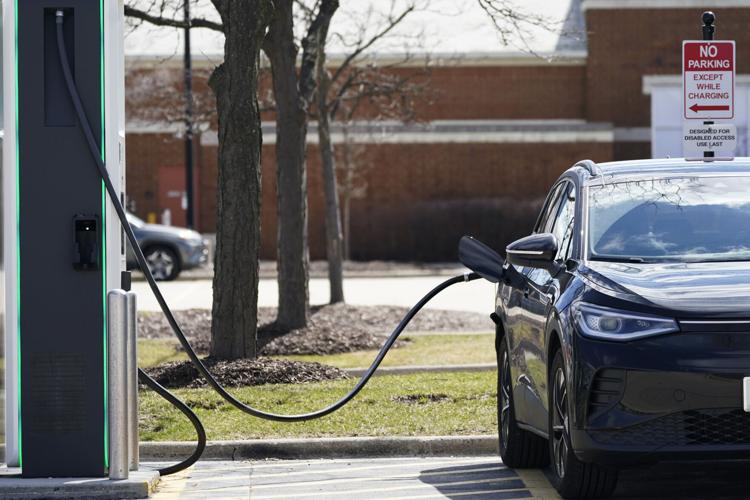 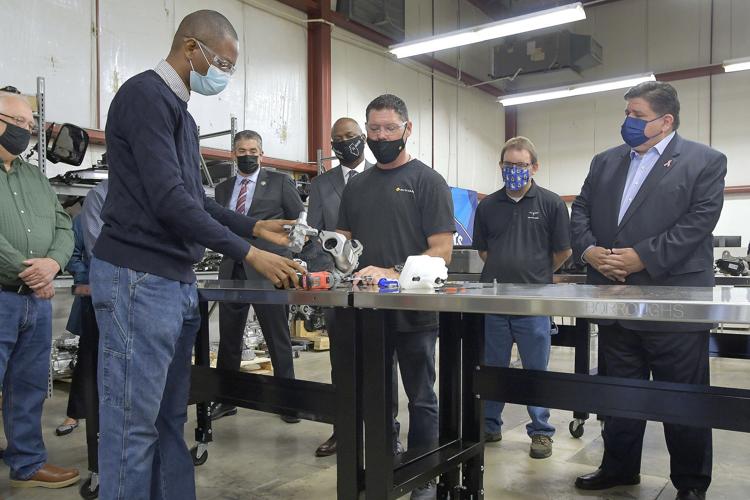 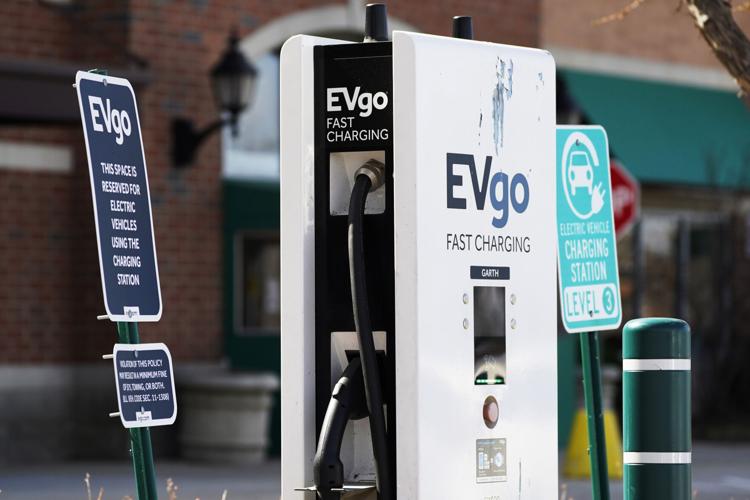 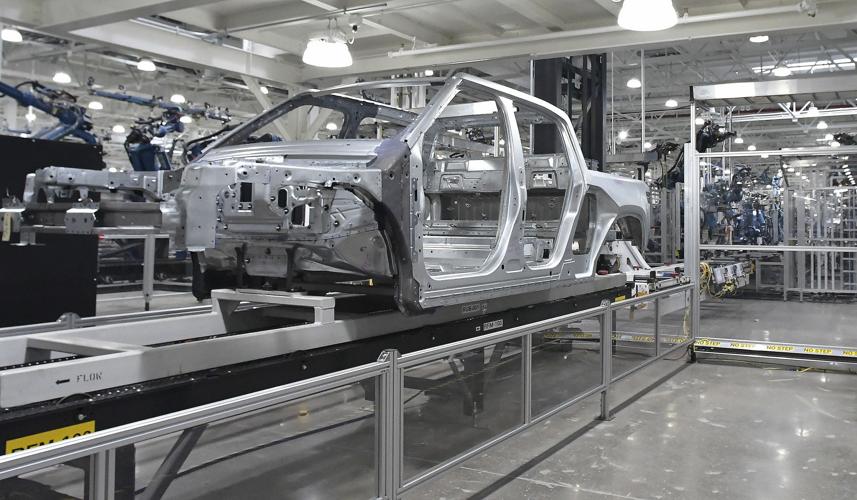 A Rivian R1T pickup truck rests on a moving assembly line at the Normal automotive plant on Sept. 26. 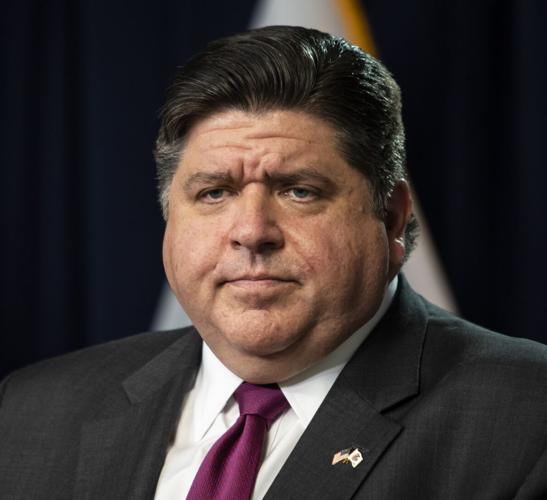 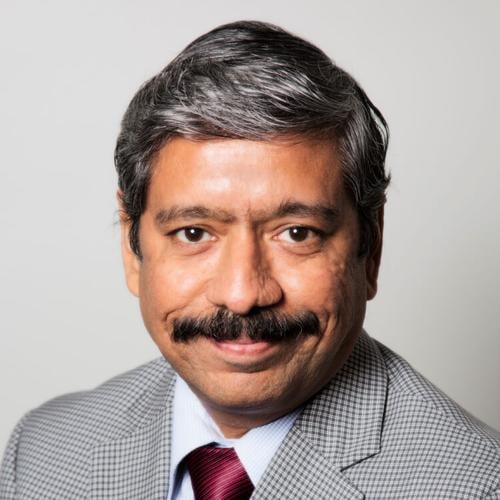