Vote for The Pantagraph Week 5 Football Player of the Week

After being released from jail this summer while awaiting a ruling on his deportation case, Cesar Elizarraraz feels “blessed” to be home in Crystal Lake and planning a backyard wedding with his fiancee.

After coming to the United States without authorization as a boy, and getting into trouble as a teenager, Elizarraraz had lived and worked here for decades without an issue, until a recent misdemeanor led to his imprisonment and the threat of being deported. He was issued an indefinite delay of his removal from the United States — but he still worries that his plans could end at a moment’s notice.

The 40-year-old has become an example of the issues at stake in the national debate over the jailing of people accused of immigrating illegally. The issue has come to a head in McHenry County, one of three counties in Illinois that jail immigrants. Elizarraraz was held there for nearly two years.

Officials supporting detention argue that it ensures that immigrants show up for court hearings to decide whether they may legally stay in the country. Immigrant advocates say jailing people waiting for their cases to be ruled on is cruel and wasteful, and needlessly breaks up stable, hardworking families.

This spring, immigrant advocates collected more than 2,000 names on a petition to end the practice in McHenry County. After hours of fierce argument, the McHenry County board voted 15-8 to keep housing detainees in the jail.

But this summer, Gov. J.B Pritzker signed into law a measure that prohibits local jails from entering into contracts to hold detainees for U.S. Immigration and Customs Enforcement. The Illinois Way Forward Act would end the practice in McHenry, Kankakee and Pulaski counties as of Jan. 1, 2022.

On Sept. 1, McHenry County State’s Attorney Patrick Kenneally filed suit in federal court to overturn the state law, arguing that it unconstitutionally violates federal law that allows such contracts. While Kenneally acted without the county board weighing in, the Kankakee County Board voted to join the suit, though the prosecutor there was not involved.

Kenneally maintains the state law unconstitutionally conflicts with federal law, the supreme law of the land, and interferes with federal responsibilities.

McHenry County Board Chairman Mike Buehler supported the lawsuit, noting that the board supported continuing the contract. The county board would have to consider how to fill a $7 million hole in its budget next year if the contract ends, he said.

“I think we can all agree that immigration could use some reform in this country, but this legislation does nothing to effect that change,” Buehler said. “This (end of local ICE detention) would separate families and force them to travel to other states.”

McHenry County’s agreement to jail immigrants began in 2003, and the federal government provided some funding to help pay for expansion of the jail. For the fiscal years 2016 to 2020, the McHenry jail housed an average of 240 detainees a day, for which ICE paid it about $8 million a year.

Likewise, Kankakee reported that it housed an average of 122 ICE detainees a day for fiscal years 2017 through 2020, taking in $4 million a year. Those numbers fell last year due to detention being reduced as a precaution against COVID-19.

Pulaski County officials have opted to end their contract to detain immigrants, ICE disclosed. Three detainees there were released, while advocates called for the release of about 50 more, who were expected to be transferred to other detention centers, the Illinois Coalition for Immigrant and Refugee Rights announced.

This isn’t the first time the counties have challenged state law on immigration.

McHenry County Sheriff Bill Prim and Kankakee County Sheriff Mike Downey were among four Illinois sheriffs who filed suit in 2020 challenging the Illinois TRUST Act, which prevents them from detaining anyone based on immigration status without a court order.

The sheriffs argued that the TRUST Act puts law enforcement officials in “an impossible position” by forcing them to choose between federal and state law. At issue were ICE detainers, a request that requires local police to hold for up to 48 hours someone whom ICE reports may be in the country illegally, while federal authorities confirm their immigration status. That suit was dismissed, just as another suit accusing Prim of not following the law was dropped.

Fred Tsao, senior policy counsel for the Illinois Coalition for Immigrant and Refugee Rights, said that a federal court dismissed the sheriffs’ suit. In the new case filed by Kenneally, Tsao said detainees should be freed while waiting for rulings on their cases rather than being shipped to jails in other states.

“We call into question the entire need to maintain a detention system that’s costly and inhumane,” he said.

The Coalition to End the ICE Contract in McHenry County issued a statement that the lawsuit confirms county officials’ “true priorities, money and authority, and underscores their willingness to sacrifice marginalized people for their own gain.”

“The Coalition calls for the end of all forms of immigration detention, the warm welcome of refugees and asylum-seekers, and for a path to citizenship for all undocumented people in the United States,” the statement says.

The debate comes following a hard-line approach by former President Donald Trump, under whom deportation orders nearly doubled in fiscal year 2019, to 90,000. ICE reported holding more than 25,000 people in detention nationwide as of August.

Trump’s administration had justified detention as a way to fight crime and combat immigrants’ failures to appear in court. While some administration officials claimed much higher rates of absenteeism, the absentee rate for completed cases averaged 38% for fiscal years 2011 through 2020, according to the Congressional Research Service.

However, a UCLA analysis of all immigration cases, including ongoing matters, found a 17% absentee rate — and that those with lawyers missed even fewer hearings.

And of those ordered deported in absentia, 15% reopened their cases and had their removal orders rescinded — suggesting that many never received notice or faced difficulties in getting to court.

Syracuse University also reported that almost 80% of ICE detainees have no criminal record, and many of the others have only minor offenses, including traffic violations. Immigration hearings are civil matters, and any immigrant charged with a crime goes through a separate process and may be held in criminal court.

The scope of the issue is growing. In the past five years, the number of pending immigration cases more than doubled, to nearly 1.3 million. As one alternative to detention, ICE had about 118,000 immigrants in Alternatives to Detention programs, such as electronic monitoring, as in Elizarraraz’s case.

President Joe Biden has promised to reset immigration policy. His administration issued guidelines this year that prioritize cases involving suspected terrorism, border arrests, and those with aggravated felonies who pose a threat to public safety. But the guidelines exclude cases where a crime is over 10 years old and not the reason for a recent apprehension.

As for Elizarraraz, he limited his comments about his case on the advice of his attorney. But he confirmed his account as told to Borderless Magazine, that he came from Mexico as a 13-year-old in 1993, with a family friend and his two younger brothers. His father was living in Crystal Lake at the time, and had applied for legal immigration status under President Ronald Reagan’s 1986 Immigration Reform and Control Act.

At age 18, Elizarraraz got involved in a fight, and later pleaded guilty to aggravated battery.

After a brief return to Mexico, he ended up living and working in shipping in Crystal Lake, where he has five children and plans to marry their mother this month. His fiancee, Kristin Glauner, was among those who spoke against ICE detention at the county board hearing this spring.

After fixing and reselling used cars, Elizarraraz pleaded guilty in 2019 to operating as an unlicensed car dealership, a misdemeanor. ICE reinstated a previous deportation order, and he was held in McHenry jail until his release this summer, with a temporary delay of his removal pending further review.

“We’ve been through hell,” he said. In a statement to supporters, Elizarraraz admitted his mistakes getting involved with a gang as a teenager, but said he was able to turn his life around.

“I ask that I be given the opportunity to be judged based on the person that I am today and not the young lost teenager I was 25 years ago,” he said. “The system of ICE detentions and deportations continues to paint people like myself with a broad stroke. It is time for a change that humanizes people and keeps them from becoming a target for the sake of profit.”

In response to questions by the Tribune, an ICE official said the McHenry and Kankakee detentions will continue for now. The agency will review noncitizen detainees at the Pulaski jail on a case-by-case basis for alternatives to detention or transfer to another detention facility. Officials didn’t identify the location of those facilities, but they could be inside Illinois this year, then presumably would be outside the state next year if the state law holds up.

It's the second such partnership between OSF and Great Plains Orthopedics.

The Illinois Senate put the final legislative stamp on an energy regulation overhaul bill Monday, sending it to Gov. J.B. Pritzker, who says he will sign it.

Two Illinois nuclear plants would be saved from closure and carbon-emitting coal plants closed during the next quarter-century as part of a clean-energy package the Senate approved Monday and which next moves to Gov. J.B. Pritzker, who has pushed for a carbon-free Illinois by 2045.

Watch now: Rivian move to Normal was a team effort

Watch now: Rivian move to Normal was a team effort

Watch Now: Phone apps that help you during natural disasters

Watch Now: Phone apps that help you during natural disasters 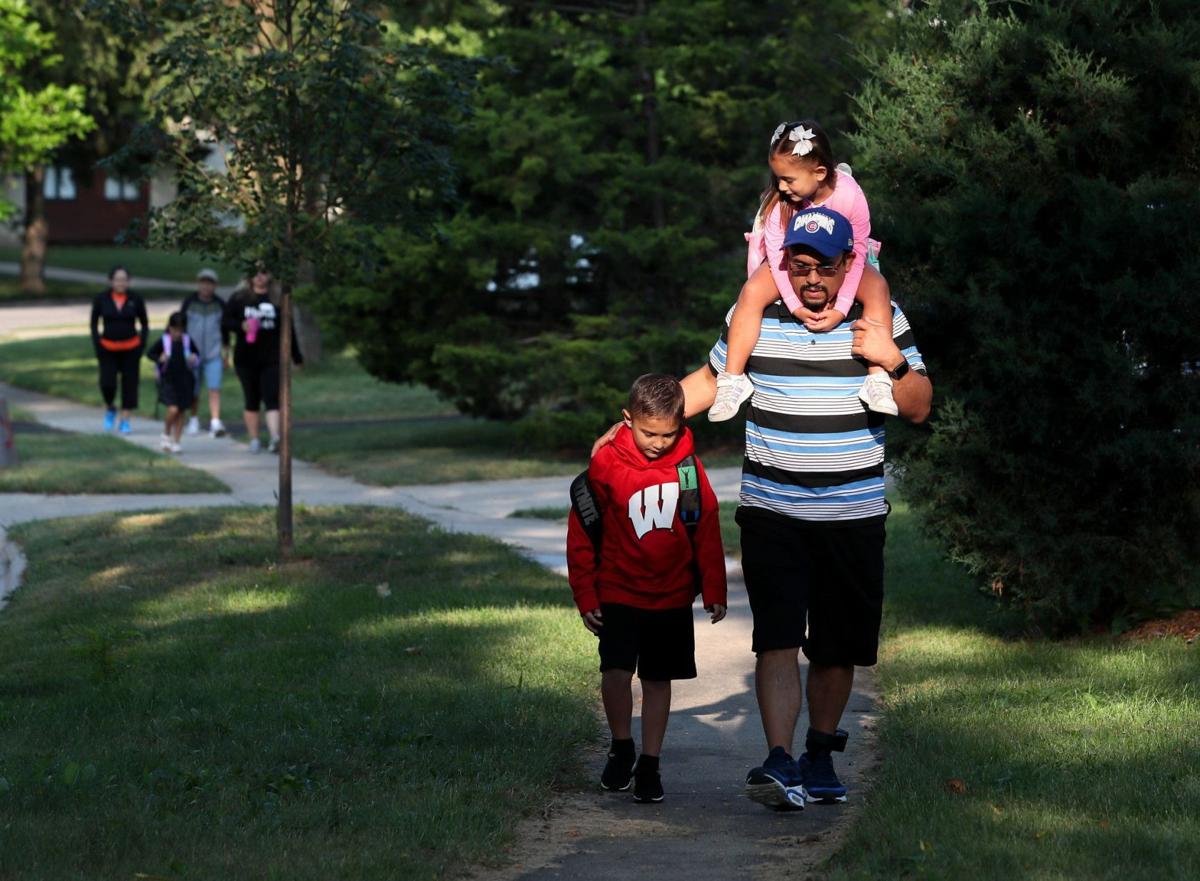 Cesar Elizarraraz walks two of his children, Alex, 6, and Evelyn, 5, to school on Friday in Crystal Lake 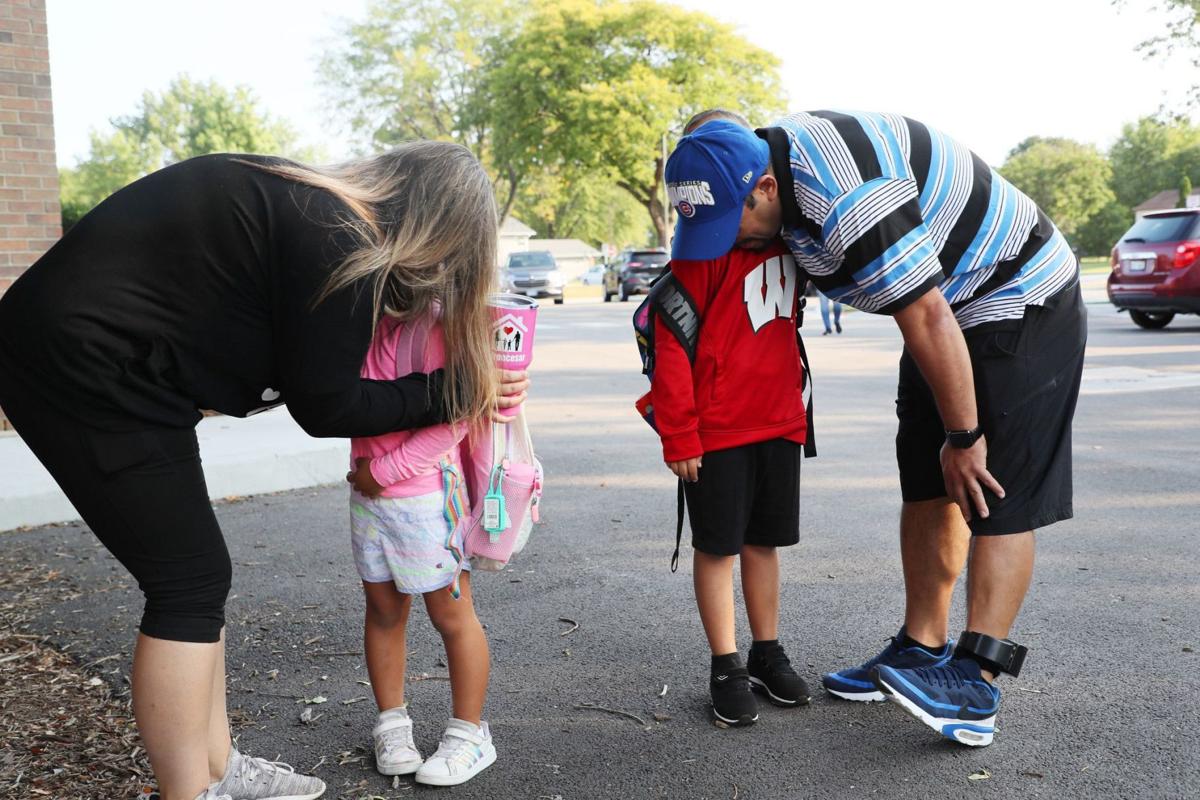 Cesar Elizarraraz, right, and his fiancee, Kristin Glauner, hug their children Evelyn, 5, and Alex, 6, outside their school on Friday in Crystal Lake. Elizarraraz and Glauner are high school sweethearts who have five children together. 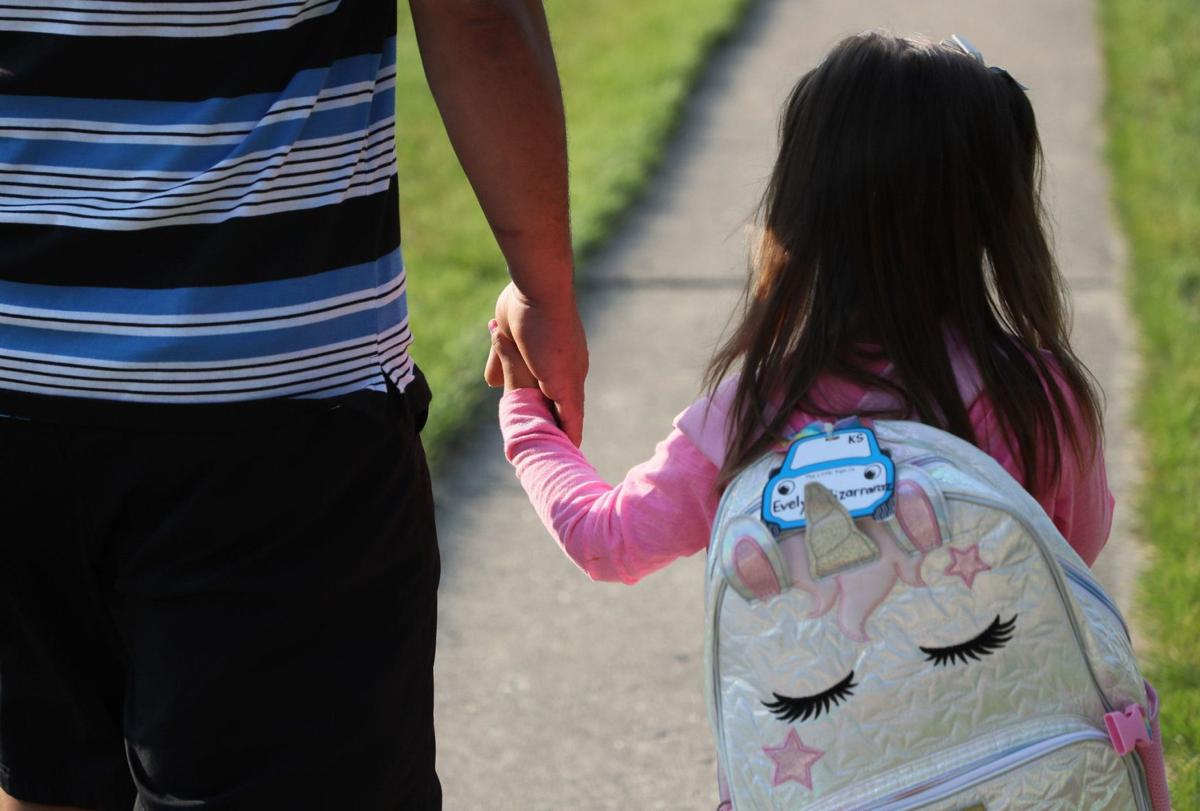 Cesar Elizarraraz holds the hand of his 5-year-old daughter, Evelyn Elizarraraz, as he walks her to school on Friday in Crystal Lake.