SPRINGFIELD — Billionaire Ken Griffin denied reports Thursday that he has agreed to bankroll a slate of Republican candidates to oppose Gov. J.B. Pritzker and Democrats holding statewide elected office in the 2022 elections. However, multiple sources confirmed to Lee Enterprises that Griffin has indeed pledged to fund a slate to the tune of $200 million to $300 million in next year's elections.

A source familiar confirmed that Irvin is among multiple candidates being considered for the top of the ticket, but no final decisions have been made.

Griffin, who is Illinois' wealthiest person, denied that he has settled on a specific gubernatorial candidate to take on Pritzker, whom he has pledged to go "all in" to defeat next year.

"We have real problems in Illinois with violence, corruption and profligate spending and I look forward to supporting candidates — be it Republican or Democrat — who will address these issues that plague our state," Griffin said in a statement.

A source close to Griffin said that "the field for next year's election hasn't fully formed yet and Ken hasn't made a decision" and reiterated that "there is also no spending number as there is no candidate."

An Irvin spokesman told the Chicago Tribune in October that there was "no way" he would run for governor, a pledge repeated a few days ago.

Irvin, who has served as mayor of the state's second largest city since 2017, was reelected in April. Before that, he was an at-large alderman for 10 years. He was the first African-American to serve in both those roles. Those offices are technically nonpartisan.

Bourne, who represents all or portions of Christian, Macoupin, Madison and Montgomery counties, was believed to be the youngest state lawmaker in history when she was appointed to the House in 2015 at the age of 22. She's viewed as a rising star in the party.

The speculation comes just under one month before nominating petitions can start to be circulated for the June 28 primary election.

Griffin and other major Republican donors have been searching for a Republican candidate to back against Pritzker, believing the current field of four GOP candidates not viable in a general election.

Early speculation centered around U.S. Rep. Rodney Davis, R-Taylorville, a downstate conservative believed by many to be a palatable candidate in the moderate Chicago suburbs.

However, Davis opted run for reelection to Congress after Illinois Democrats drew a favorable district for him in the once-a-decade redistricting process.

Former state Sen. Kirk Dillard, a moderate from DuPage County, has also been exploring a run.

Whomever the nominee ends up being will need significant financial help to compete with billionaire Pritzker, who spent more than $172 million on his successful 2018 campaign against Gov. Bruce Rauner and has already poured a cool $35 million into his campaign account for 2022.

Pritzker's campaign was quick to go on offense amid reports of Griffin's pledge to fund a candidate against him.

"Ken Griffin’s insistence on bringing Bruce Rauner’s failed style of leadership back to the governor’s office is a disservice to working families everywhere," said Pritzker campaign spokeswoman Natalie Edelstein. "Mr. Griffin has been transparent about his desire to install someone in the governor’s office that will do his bidding, and this latest announcement is further proof that Ken will stop at nothing to push his pawns in this radical, out of touch game of GOP chess."

She added that "Pritzker is focused on putting working families first and will always have their backs, no matter what."

The billionaires have traded a war of words in recent months, with Griffin criticizing Pritzker for rising crime in Chicago and saying he was considering moving his firm out of the city if things didn't turn around.

Pritzker's spokesperson subsequently called Griffin a "liar" for comments he made about the governor's deployment of the National Guard during the violence and looting that occurred in the summer of 2020.

Griffin fired back one month later, pledging his resources to defeat Pritzker.

“I’m going to make sure that if he runs again, that I am all in to support the candidate who will beat him,” Griffin said. “He doesn’t deserve to be the governor of our state.”

Griffin and Pritzker have been on opposite sides on most issues.

Griffin gave more than $50 million to the successful effort to defeat the graduated income tax amendment, one of Pritzker's signature initiatives, at the ballot box in 2020.

Even with some recent success, it will be an uphill climb for conservative forces to oust Pritzker given Illinois' Democratic lean and the governor's campaign warchest.

According to a Morning Consult survey released in November, Pritzker's approval rating was 51%, a solid number to have less than one year before facing voters.

However, Republicans believe a favorable national climate mixed with exhaustion over lifestyle changes brought on by the COVID-19 pandemic, concerns over a rise in violent crime in cities across the state and an unemployment rate higher than the country as a whole will put Illinois in play — if the GOP can find and finance the right candidate.

Even if the GOP does not take back the Illinois Governor's Mansion next year, many believe coattails from a more moderate candidate will help the party compete in suburban House and Senate races and perhaps climb out of the superminority in one or both chambers of the General Assembly.

Thus far, the only declared GOP candidate for statewide offices besides governor is state Rep. Dan Brady, R-Bloomington, who is running for Illinois Secretary of State.

State Rep. Tom Demmer, R-Dixon, is also believed to be interested in running for statewide office, with secretary of state or state treasurer most often mentioned.

Teachers from several Central Illinois school districts have filed a lawsuit against their districts and state officials over mask and vaccine mandates. The plaintiffs are represented by Thomas DeVore.

The top marijuana official in Illinois, Toi Hutchinson, is leaving her state job to work for the national lobbying group that led the push to legalize cannabis in the state. 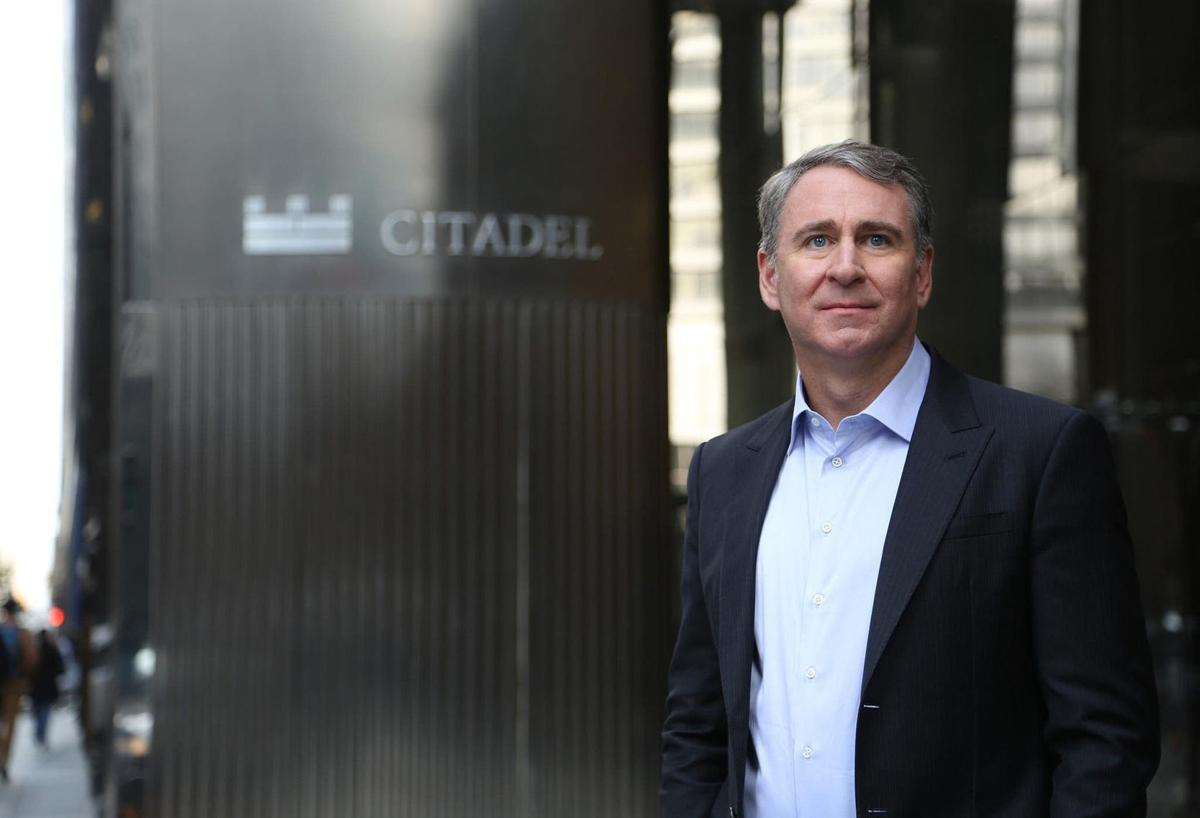 Ken Griffin, the founder and CEO of Citadel, was the fourth-biggest individual GOP donor for the last election cycle. 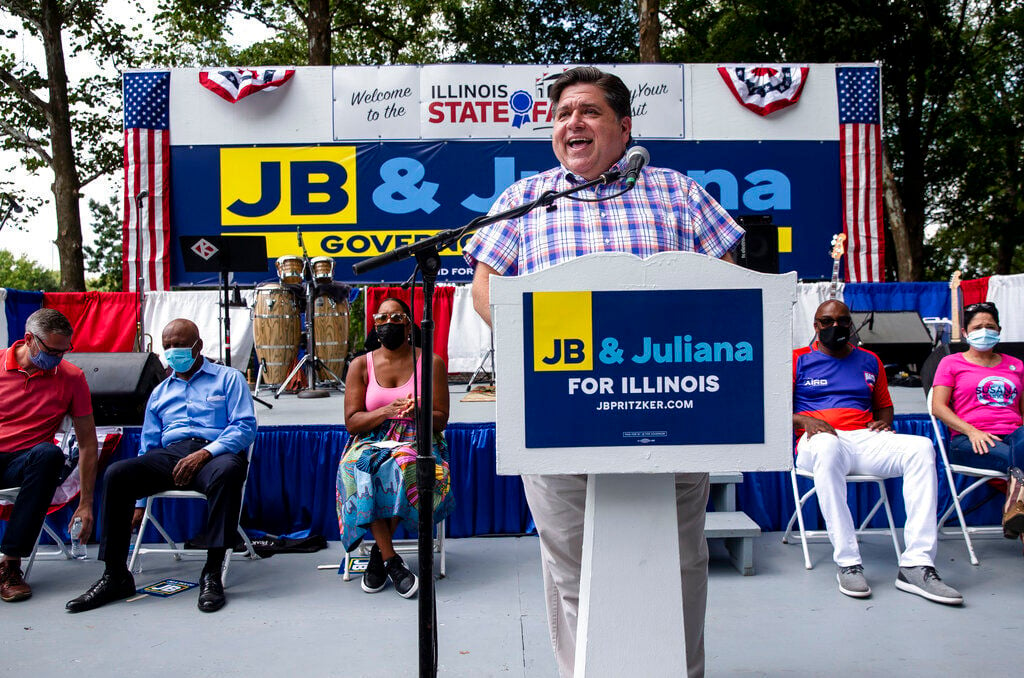