At long last, the divorce case of Ben and Julianna Zobrist is heading to trial.

Starting Monday in a Tennessee courtroom, attorneys for the couple are to state their cases for how the Zobrists' marital estate is to be divided.

Eureka native Ben Zobrist first filed divorce papers in 2019, during the last of his 14 seasons as a major-league baseball player. He missed two-thirds of his 2019 Chicago Cubs season in an attempt to repair his marriage.

Instead, Judge Michael Binkley is to preside over a divorce trial in Williamson County, Tenn., where the Zobrists have resided. Ben Zobrist accused Julianna Zobrist of having an illicit affair with their pastor, among other things.

Julianna Zobrist doesn't appear to be contesting that aspect of the case.

"Husband should be granted a divorce on the ground of adultery," stated a pre-trial memorandum her attorneys filed.

The trial without a jury is scheduled to continue through Aug. 17.

Here's a look at what's at issue in the case and what people are saying about it.

Ben Zobrist is seeking 60% of the marital-estate assets, which are estimated between about $24 million and $31 million, according to court documents.

The extra cut was requested because of a lack of income from Julianna Zobrist, according to her husband. She is a contemporary-Christian singer, self-help author and social-media personality.

Ben Zobrist also claimed his wife incurred at least $700,000 in wasteful and excessive spending in 2019 and part of 2020. Much of it went to travel, clothing, gifts and rent for a luxury penthouse apartment in Nashville, according to Ben Zobrist's pre-trial memo.

Net proceeds from the sale of the Zobrists' residence in Chicago went to Julianna Zobrist, the memo stated. The house sold for about $1.8 million. It was located near Wrigley Field, where Ben Zobrist played home games from 2016 through 2019.

Julianna Zobrist, who with her husband has three children, is seeking an even split of the assets. She also wants an additional $4 million.

The request for extra money is because Ben Zobrist forfeited about $8 million in salary from the Cubs during his 2019 absence from the team, according to court documents.

Ben Zobrist's attorneys called those claims "utterly absurd." They said it was impossible for Zobrist to devote all his energies to baseball, considering the state of his marriage.

Concerns about COVID-19 caused trials to be delayed in Nashville, which is in a county adjacent to Williamson. Ben Zobrist's attorneys suggested the pandemic isn't the only reason for this trial's delay.

"As the Court is aware, this case has gone on for two years, in large part due to Wife's concealment of the physical nature of her affair, and her half-hearted attempt at reconciliation to get her Husband to go back and earn additional monies for the marital estate," court documents stated.

Ben Zobrist has stated he was not aware until June 2020 that his wife and their pastor, Byron Yawn, were having a sexual relationship, not strictly an emotional one.

In a separate legal action in Nashville, Ben Zobrist has sued Yawn for $6 million in damages. Zobrist also accused Yawn of defrauding the baseball player's charity.

The divorce trial might include testimony from Yawn, who was subpoenaed last year in that case.

In a post made last month on Instagram, Julianna Zobrist issued her only public statement about her situation.

"It's tempting to retaliate or seek revenge when someone decides to hurt, slander or lie about you. Especially in public," she wrote, in part. "It's difficult to remember that those who harm us are acting out of their own pain. Wounded people need healing, and that's what I pray finds every person who is so lost in their pain that they resort to inflicting harm on others."

Such was the trend on a thread that followed this post from Barstool Chicago.

Other tweets called for Julianna Zobrist's music to be removed from the Spotify audio-streaming service.

The 15th anniversary of Ben Zobrist's big-league debut came about one week before the start of the divorce trial.

Zobrist also played in 64 postseason games. He was part of World Series-winning teams in 2015 for Kansas City and in 2016 for the Cubs. That year, he was World Series MVP.

His extra-inning RBI double against the Cleveland Indians in Game 7 of the '16 Fall Classic gave the Cubs a lasting lead.

Ben Zobrist and his wife, Julianna

Watch now: The best ability for Bears is availability

The starting left cornerback battle for the Chicago Bears might not go to the best athlete but the best available athlete says coach Matt Nagy.

In divorce documents, Zobrist says wife ‘coaxed’ him into returning to Cubs

The brief contends that Ben Zobrist “intentionally and voluntarily stopped working” and “essentially went from the top of his game to basically giving up, which caused a massive loss in income.” 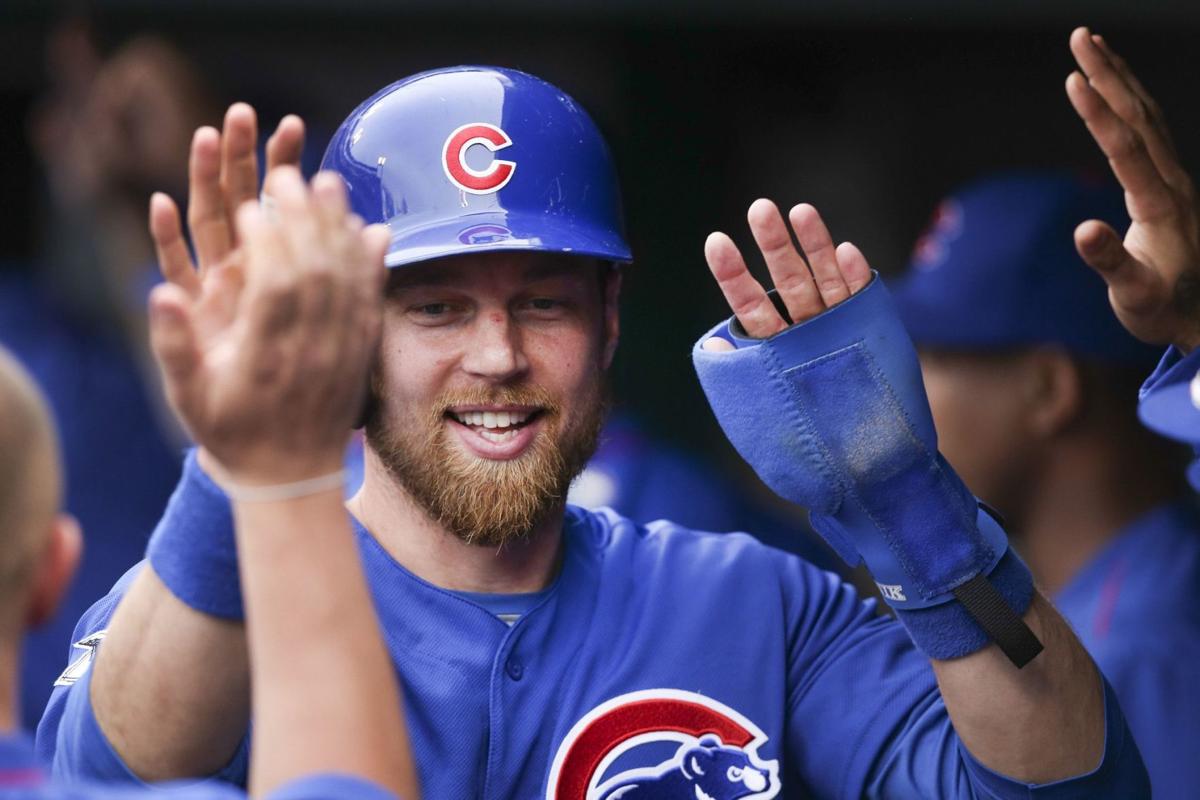 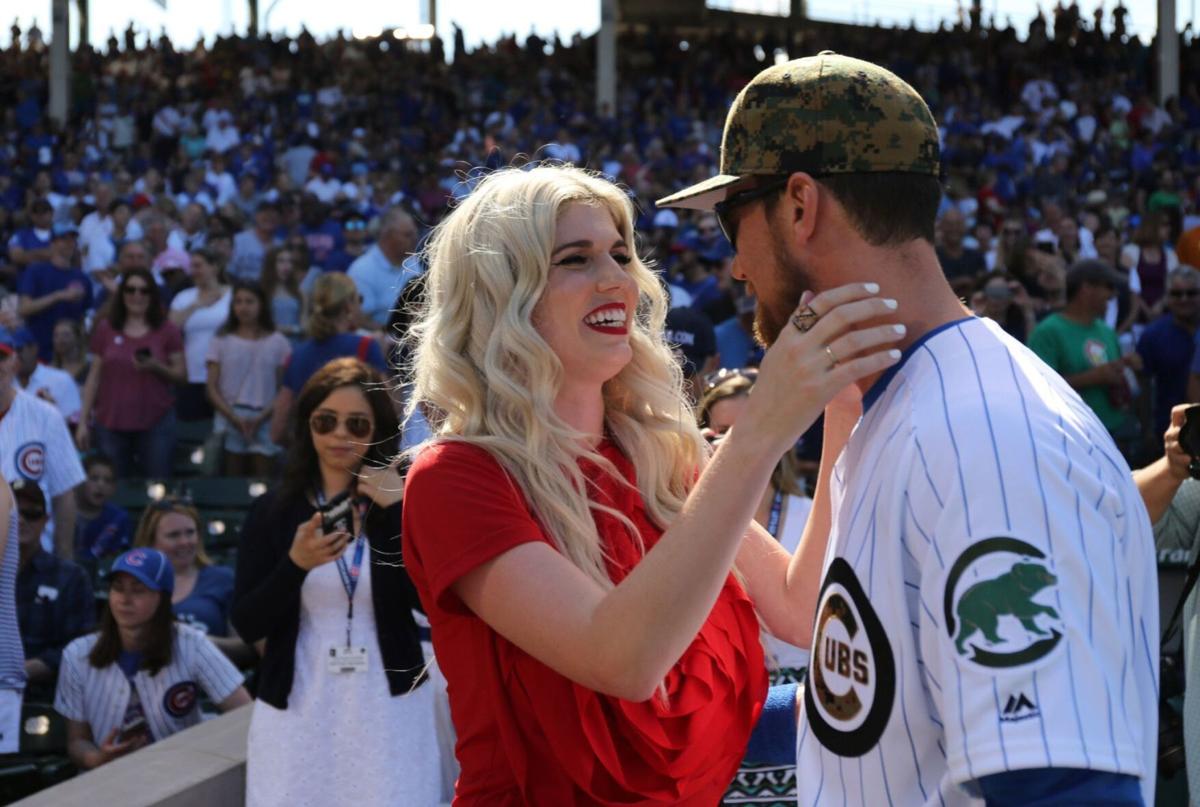