LYONS — An officer accidentally fired his handgun during a struggle while police were making arrests in suburban Chicago, wounding two other officers, authorities said.

Chicago officers spotted a car Wednesday night that was tied to a homicide and a police helicopter tracked it to a gas station in Lyons, police said. When people from the car came out of the gas station officers surrounded them and a struggle ensued, Chicago Police Superintendent David Brown said.

During the struggle, an officer accidentally discharged his gun, Brown said, and police believe one bullet struck the two officers. One was hit in an arm and the other in a shoulder, Brown said.

"The officer that fired the weapon is not injured but obviously it's very traumatic to accidentally have this happen," he said.

The two officers were taken to a hospital and their injuries weren't considered life-threatening, police said.

Early Thursday, Chicago officers who had gathered outside the emergency room of MacNeal Hospital in Berwyn cheered as the two male officers were transferred from there to another hospital, the Chicago Tribune reported.

Two people from the car that police had followed were placed into custody and a gun was found in the car, police said.

The officer who fired his gun was placed on administrative duty, police said, and the shooting is under investigation.

The cities with the most break-ins and burglaries

Cities With the Most Break-Ins / Burglaries

Over the past decade burglary and larceny rates have declined

Daytime break-ins of homes are most common

Small and midsize cities with the most burglaries

The college recently instituted rules limiting children on campus. The policy, which limits when and whether children can accompany parents to campus, prompted pushback and a rally last week by upset parents.

Hundreds of Chicagoans lost to the coronavirus are being remembered as part of Day of The Dead ofrendas. Some families are setting up an altar for the first time, while others continue the Mexican tradition that is no longer solely folkloric.

Everybody needs access to bathrooms. Chicago doesn’t provide nearly enough of them.

The lack of access to public bathrooms, combined with a municipal code that prohibits public urination and defecation, has resulted in thousands of tickets and arrests, many in low-income areas, and fines that largely go unpaid.

About 440 employees at Advocate Aurora Health have either left the health care company or have been fired for not complying with a vaccine mandate, the hospital group said Thursday.

COVID: HOSPITALIZATIONS AT ALL TIME HIGH

Pelosi: More needs to be done after Biden's year

Pelosi: More needs to be done after Biden's year 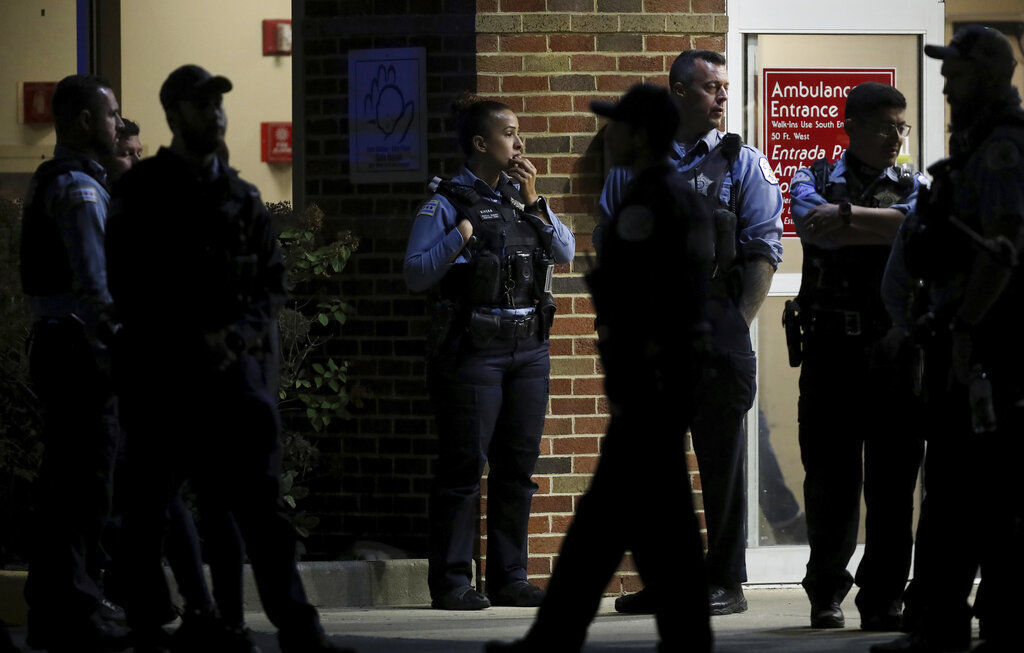 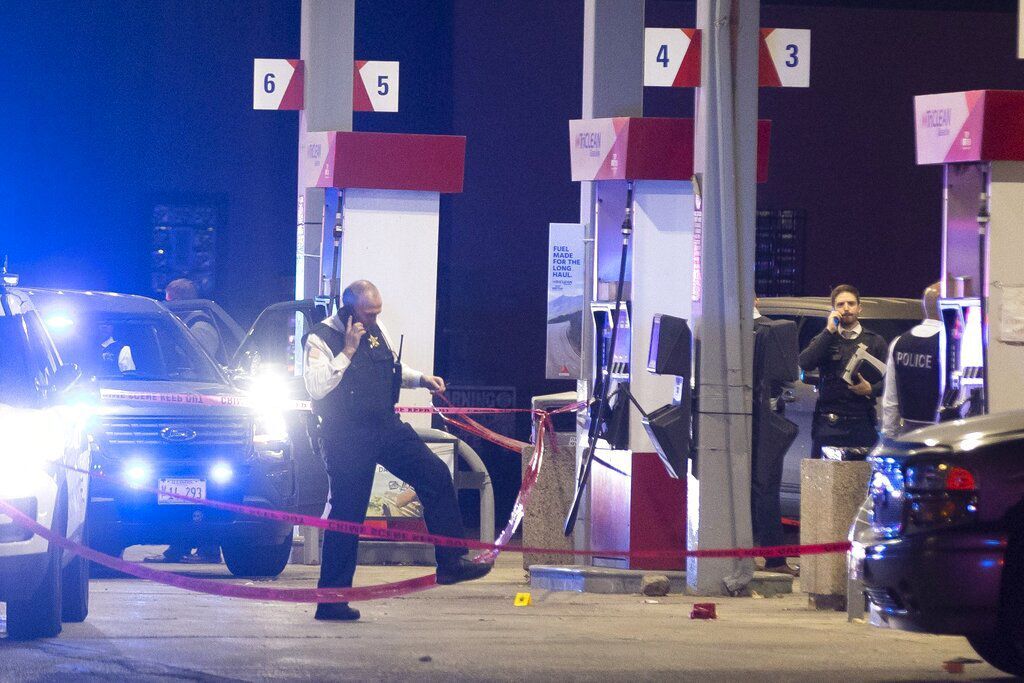 Chicago police officers investigate a shooting incident at a gas station in Lyons, Il., Wednesday, Oct. 20, 2021. An officer accidentally fired his handgun during a struggle while police were making arrests in suburban Chicago, wounding two other officers, authorities said.