Jon Gruden has resigned as coach of the Las Vegas Raiders after emails he sent before being hired in 2018 contained racist, homophobic and misogynistic comments.

Gruden released a statement Monday night, saying: “I have resigned as head coach of the Las Vegas Raiders. I love the Raiders and do not want to be a distraction. Thank you to all the players, coaches, staff, and fans of Raider Nation. I’m sorry, I never meant to hurt anyone.”

He stepped down after The New York Times reported that Gruden frequently used misogynistic and homophobic language directed at Commissioner Roger Goodell and others in the NFL.

NEW YORK (AP) — All good things must come to an end and Matt Amodio's historic run on “Jeopardy!” did just that on Monday's show, leaving the Yale doctoral student with 38 wins and more than $1.5 million in prize money.

BOSTON (AP) — Back in raucous Fenway Park for postseason baseball a year after a last-place finish, the Boston Red Sox are getting the bounces, knocking big hits in bunches and even benfiting from a little small ball.

Hardly a perfect team, even by their own estimation, Alex Cora and the wild-card Red Sox are four wins from a return to the World Series anyway.

Kiké Hernández delivered Boston’s second straight walk-off win, scoring pinch-runner Danny Santana with a sacrifice fly in the ninth inning to send the Red Sox to the AL Championship Series with a 6-5 win over the Tampa Bay Rays on Monday night.

Jon Gruden has resigned as coach of the Las Vegas Raiders after emails he sent before being hired in 2018 contained racist, homophobic and misogynistic comments.

Jon Gruden had to go.

FLAGSTAFF, Ariz. (AP) — Indigenous people across the United States marked Monday with celebrations of their heritage, education campaigns and a push for the Biden administration to make good on its word.

WASHINGTON (AP) — Members of the House on Tuesday pushed through a short-term increase to the nation's debt limit, ensuring the federal government can continue fully paying its bills into December and temporarily averting an unprecedented default that would have decimated the economy.

AUSTIN, Texas (AP) — The Biden administration urged the courts again Monday night to step in and suspend a new Texas law that has banned most abortions since early September, as clinics hundreds of miles away remain busy with Texas patients making long journeys to get care.

DALLAS (AP) — Southwest Airlines canceled more than 350 flights Monday following a weekend of major disruptions that it blamed on bad weather and air traffic control issues. The pilots union accused the company of a botched response to what it said would have been a minor challenge for other airlines.

SANTEE, Calif. (AP) — Before a twin-engine plane nose-dived into a San Diego suburb, an increasingly concerned air traffic controller told the pilot more than a half-dozen times that he needed to gain altitude, a recording that will be among the evidence examined by federal investigators who arrived Tuesday at the crash scene.

NEW YORK (AP) — All good things must come to an end and Matt Amodio's historic run on “Jeopardy!” did just that on Monday's show, leaving the Yale doctoral student with 38 wins and more than $1.5 million in prize money.

BOSTON (AP) — Back in raucous Fenway Park for postseason baseball a year after a last-place finish, the Boston Red Sox are getting the bounces, knocking big hits in bunches and even benefiting from a little small ball.

Jackson leads Ravens back to 31-25 OT win over Colts

BALTIMORE (AP) — Even more than usual, the Baltimore Ravens needed Lamar Jackson to do pretty much everything as they tried to climb out of a …

Top pics from the weekend: Baseball playoffs and more

Sheriff's officials said Halyna Hutchins, director of photography for the movie "Rust," and director Joel Souza were shot. The Santa Fe New Mexican reported Baldwin was seen Thursday outside the sheriff's office in tears, but attempts to get comment from him were unsuccessful.

Morning headlines: The latest on the Alec Baldwin prop gun shooting that killed 1; China responds to Biden on Taiwan; the Netflix walkout. Get caught up.

A 'triple play' of weather hazards is unfolding across the US

From "bomb cyclones" to severe weather and nor'easters, this week is already seeing dangerous weather patterns unfolding across the U.S.

A suspect is in custody after two people were killed and four injured, including a police officer, in a shooting at a shopping mall Monday in Boise, Idaho.

Internal Facebook documents paint a picture of a company that was fundamentally unprepared for how the Stop the Steal movement used its platform to organize.

A review of internal Facebook documents shows researchers at the company found ways to limit vaccine misinformation on the platform, but some ideas went nowhere.

An examination of internal Facebook documents shows a conflicted company where data on the harms it causes is abundant, but solutions are halting at best. 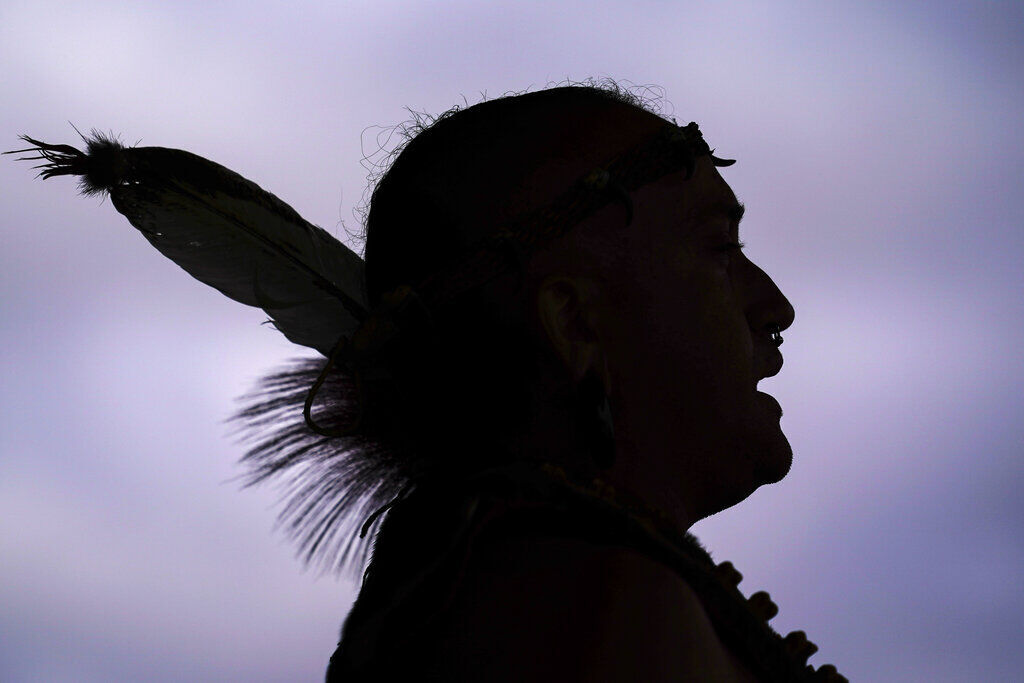 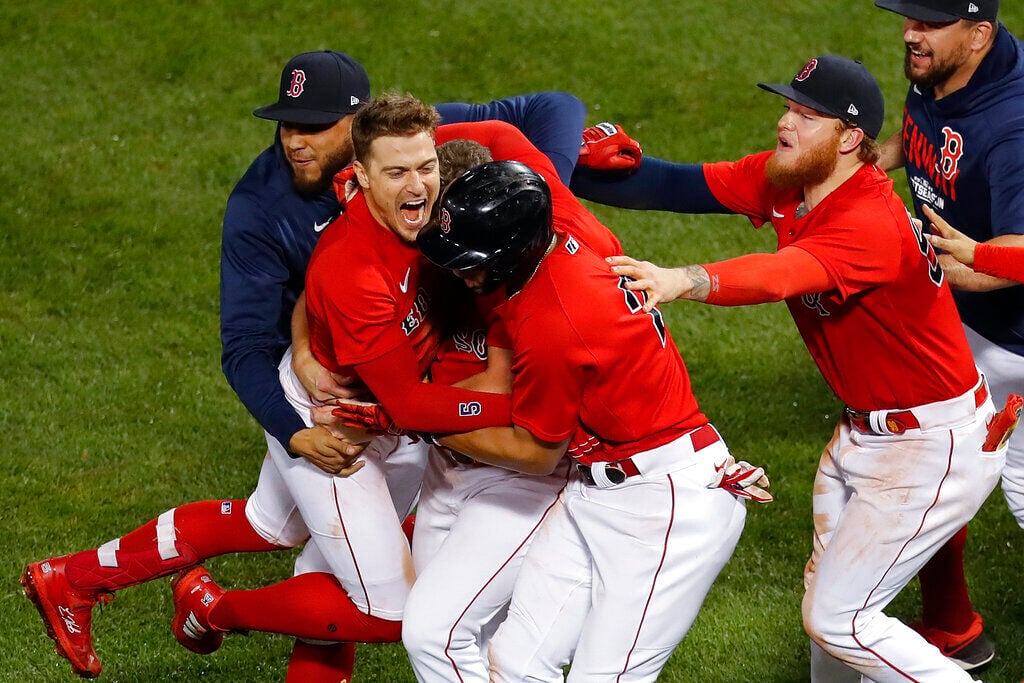 Boston Red Sox center fielder Enrique Hernandez, second from left, celebrates with teammates after beating the Tampa Bay Rays on a sacrifice fly by Hernandez during the ninth inning during Game 4 of a baseball American League Division Series, Monday, Oct. 11, 2021, in Boston. The Red Sox won 6-5. 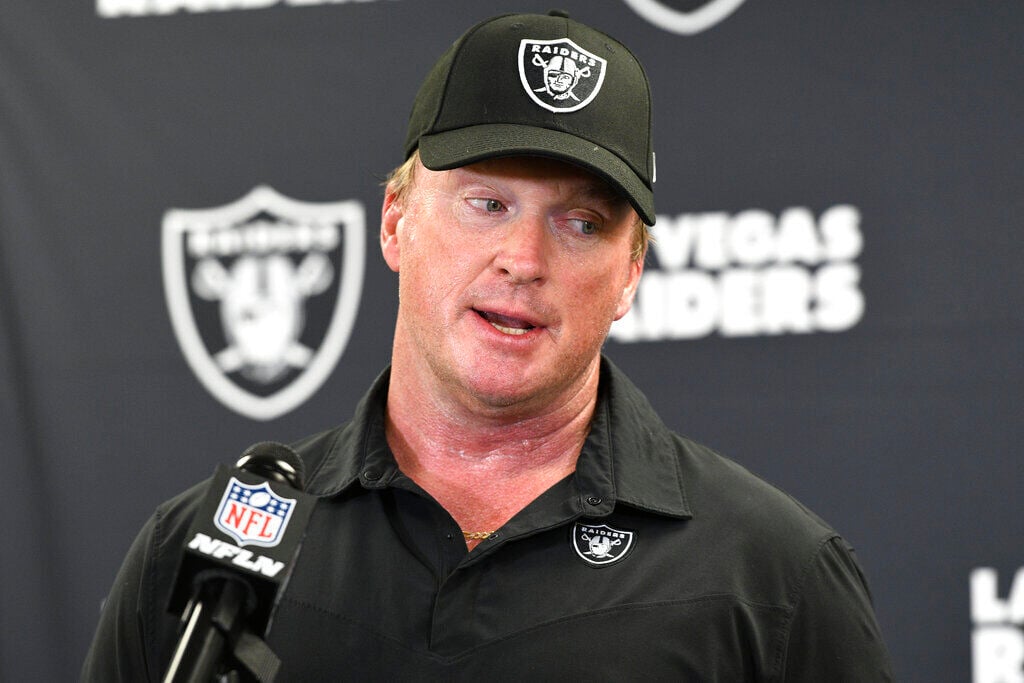 FILE - In this Sept. 19, 2021, file photo, Las Vegas Raiders head coach Jon Gruden meets with the media following an NFL football game against the Pittsburgh Steelers in Pittsburgh. Gruden is out as coach of the Raiders.