WAUKESHA, Wis. (AP) — A joyous scene of marching bands and children dancing in Santa hats and waving pompoms turned deadly in an instant, as an SUV sped through barricades and into a Christmas parade in suburban Milwaukee, killing at least five people and injuring more than 40 others.

One video showed a woman screaming, “Oh my God!” repeatedly as a group of young dancers was struck Sunday. A father talked of going “from one crumpled body to the other” in search of his daughter. Members of a “Dancing Grannies” club were among those hit.

The city of Waukesha posted on its social media accounts late Sunday that it could confirm at least five died and more than 40 were injured, while noting that it was still collecting information. The city's statement also noted that many people took themselves to hospitals. The city did not release any additional information about those who died.

Keep scrolling for links to full versions of these top stories and more.

NEW YORK (AP) — Kyle Rittenhouse, who was acquitted on charges stemming from killing two men and wounding another during the unrest that followed the shooting of a Black man by a white police officer, says in a new interview that he's “not a racist person” and supports the Black Lives Matter movement.

Greg Joseph made a 29-yard field goal as time expired to give the Minnesota Vikings a 34-31 victory over the Green Bay Packers on Sunday, finishing a classic back-and-forth with Aaron Rodgers by making sure the three-time NFL MVP didn’t get to touch the ball last.

Clyde Edwards-Helaire ran for 63 yards and a touchdown in his return from injured reserve, Chris Jones and the Kansas City defense made life miserable for Dak Prescott, and the Chiefs beat Dallas.

5 dead, 40 injured after SUV plows into Christmas parade in Wisconsin

A red SUV sped through a Christmas parade Sunday evening in Waukesha. Multiple people died and more than 20, including children, were injured.

NEW YORK (AP) — Kyle Rittenhouse, who was acquitted on charges stemming from killing two men and wounding another during the unrest that followed the shooting of a Black man by a white police officer, said in a wide-ranging interview that aired Monday night he's “not a racist person” and supports the Black Lives Matter movement.

BRUNSWICK, Ga. (AP) — Attorneys made a final push Monday to persuade the jury in the killing of Ahmaud Arbery, with the prosecution saying that three white men chased him solely “because he was a Black man running down the street” and defense attorneys repeatedly blaming Arbery for his own death.

WASHINGTON (AP) — A Democratic plan to impose a fee on methane emissions from oil and gas wells has cleared a key hurdle, but it faces strong opposition from the oil and gas industry and criticism by centrist Sen. Joe Manchin.

NEW YORK (AP) — South Korean superstars BTS were crowned artist of the year at the American Music Awards on Sunday, brushing aside challenges from Taylor Swift, Drake and The Weeknd as they took home a total of three awards and teamed up with Coldplay for a raucous “My Universe” and closed the show with “Butter.”

Tiger Woods posts short video of him swinging a wedge

One swing, two words and three seconds of a video was all it took from Tiger Woods to get everyone talking Sunday about his future on the golf…

Ohio State is No. 2 in The Associated Press college football poll, surging three spots Sunday past No. 3 Alabama and No. 4 Cincinnati in a clo…

In 1963, John F. Kennedy, the 35th President of the United States, was shot to death during a motorcade in Dallas, and more events that happen…

In 1965, Muhammad Ali knocks out Floyd Patterson in the 12th round to retain the world heavyweight title in Las Vegas. See more sports moments…

New COVID-19 variant spreads in Africa: What you need to know

It's unclear where the new variant actually arose, but a slew of nations moved to restrict travel from Africa. Here's what you need to know, plus more updates and the latest data on infections and vaccination.

More than 50 now dead in coal mine blast; plus other top news today

Finding other survivors is highly unlikely, officials said. In the U.S., weather may make post-Thanksgiving travel tricky, and hundreds of FedEx shipments have been found dumped in a ravine.

All 3 men charged in Arbery's death convicted of murder

All three white men charged in the death of Ahmaud Arbery were convicted of murder Wednesday in the fatal shooting that became part of a larger national reckoning on racial injustice.

The latest on the new omicron variant: Two new cases confirmed in Britain as new restrictions are being placed on travel with each passing hour.

Two countries half a world apart become the latest to detect the new omicron variant in travelers arriving from southern Africa. Get the latest here.

Jury awards millions in damages for Unite the Right violence

In a mixed verdict, a jury awarded more than $25 million in damages Tuesday against white nationalist leaders for violence that erupted during the 2017 Unite the Right rally.

Prosecutors say a sixth person, a child, has died after an SUV was driven into a Wisconsin Christmas parade.

The White House says it has ordered 50 million barrels of oil released from the strategic reserve to bring down energy costs.

'Mama, are you OK?' In Waukesha, minutes of terror recounted

The joyous, mingled bedlam of the parade — the drums of different bands, the cheers of the crowd, the recorded music for various dance groups — seemed to just stop.

Here's what you should know about this week's Supreme Court case over abortion, where Roe v. Wade is facing its most serious challenge in 30 years. 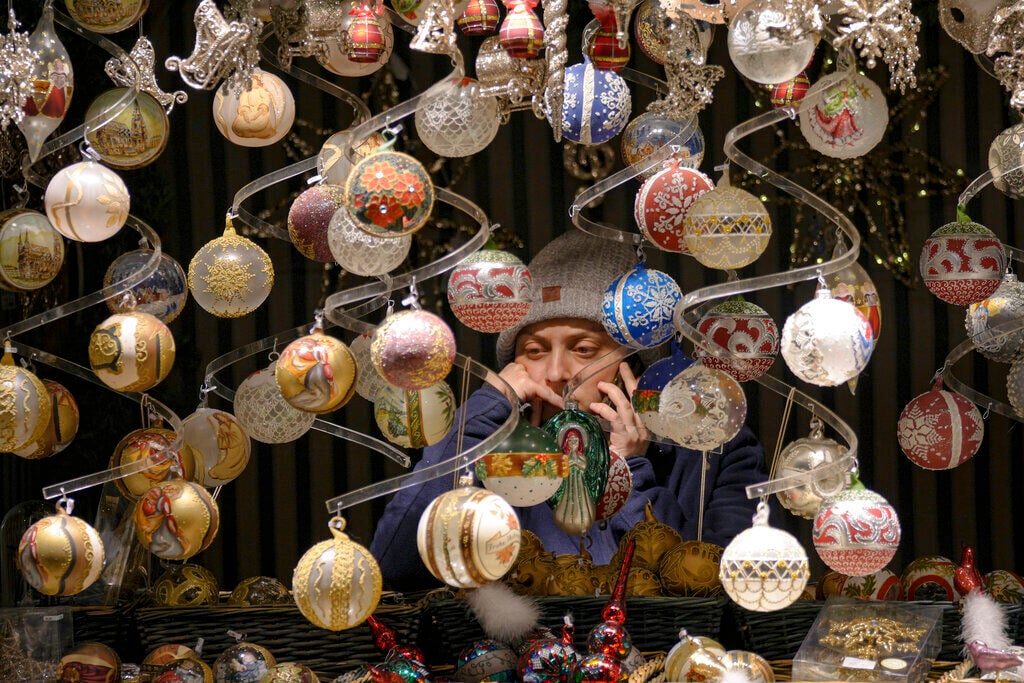 A vendor speaks on the phone at a Christmas market in Vienna, Austria, Saturday, Nov. 20, 2021. The Austrian government announced a nationwide lockdown that will start Monday and comes as average daily deaths have tripled in recent weeks and hospitals in heavily hit states have warned that intensive care units are reaching capacity. 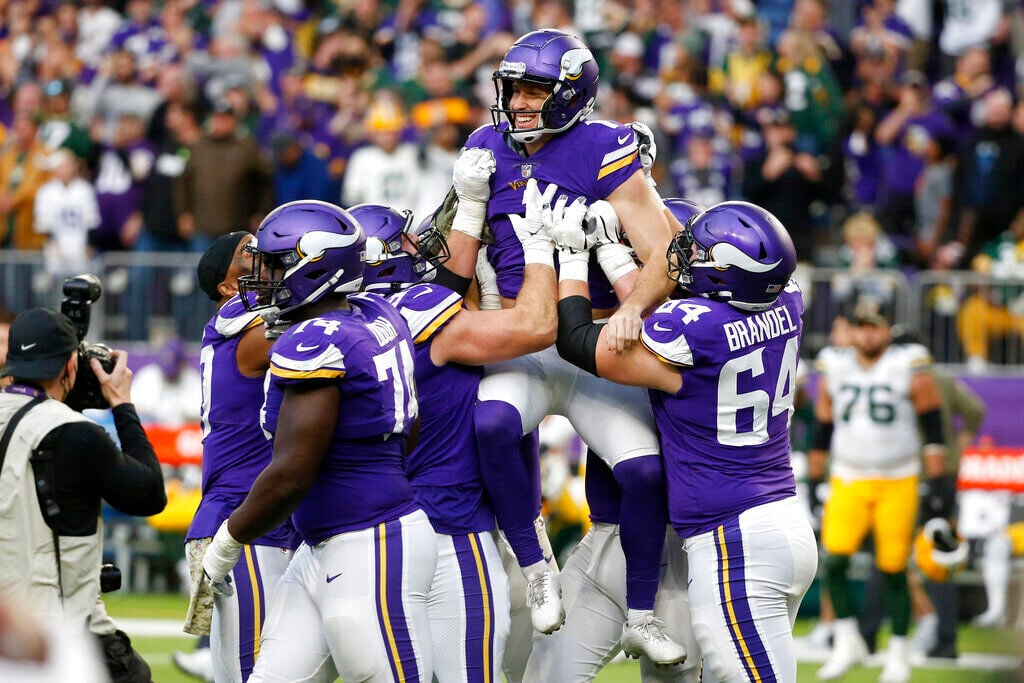 Minnesota Vikings kicker Greg Joseph, center, celebrates with teammates after kicking a 29-yard field goal on the final play of an NFL football game against the Green Bay Packers, Sunday, Nov. 21, 2021, in Minneapolis. The Vikings won 34-31. 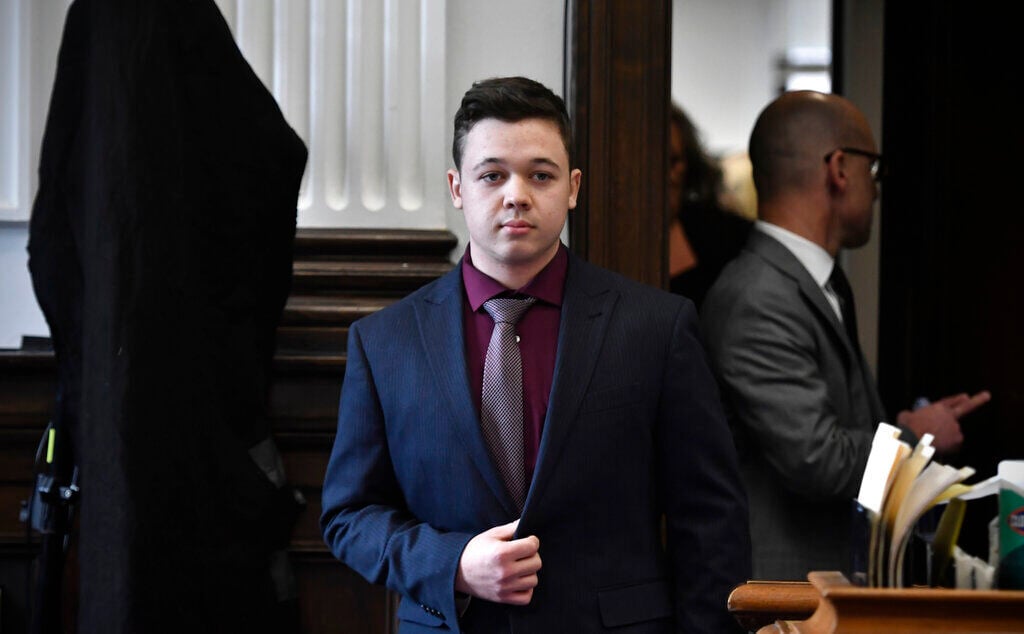 Kyle Rittenhouse enters the courtroom to hear the verdicts in his trial at the Kenosha County Courthouse in Kenosha, Wis., on Friday, Nov. 19, 2021. 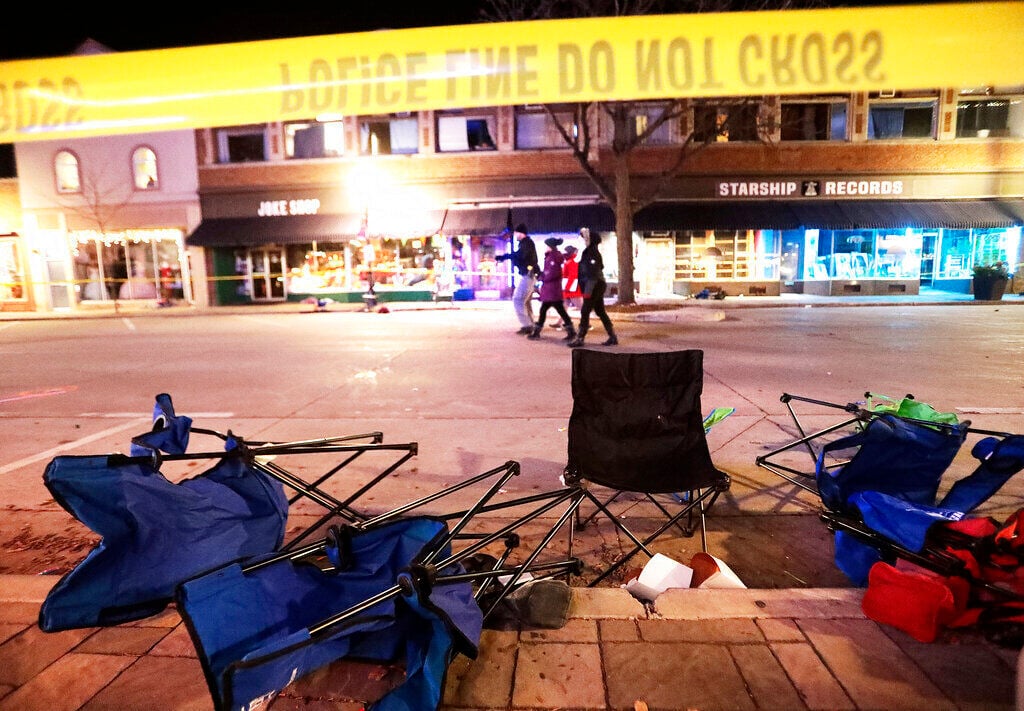