Most people won't give a second thought to what they're washing down the drain, but officials say cloth wipes are causing massive clogs and hang-ups in pipes and other sewer infrastructure.

Manufacturers of cloth wipes claim they are safe to flush or even that they are degradable, but Randy Stein, executive director of the Bloomington Normal Water Reclamation District, said that is far from the case.

"It accumulates in some of the most unhandy places," said Stein, adding that the end result is "unpleasant," and "it seems like in the last 30 years the number of rags (wipes) or inert materials has increased quite a bit."

Only toilet paper is safe to flush down the drain, and even material such as tissues, paper towels and feminine products can cause a sticky situation downstream.

Wipes and other inorganic materials can cause major damage and problems for homeowners even before making it into the city's sewer system. For Redbird Plumbing owner Chris Marx, calls to his business about wipe-related clogs number "in the hundreds" each year.

"There's a lot of customers that have found out the hard way that when they use flushable wipes, it clogs their main sewer," he said. "That's a really common issue." 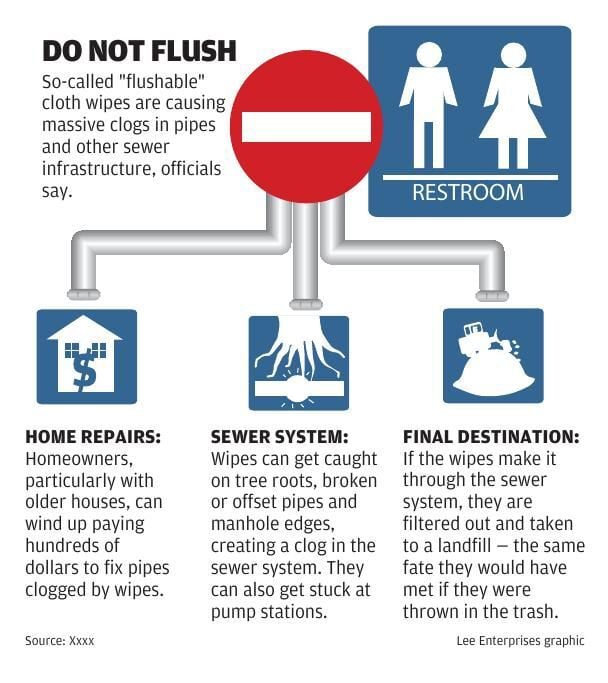 Once customers realize that their pipes "can't sustain that," they typically abandon the product altogether, Marx said.

But sometimes that comes alter they've had to fork over anywhere from $200 to $800 in repair fees.

"A lot of times, it involves pulling the toilet and doing a cable-snake job," Marx said. "And we also have camera equipment, so sometimes we have to camera to find where (the clog) is."

Marx added that older homes with older piping tend to have issues with flushable wipes more quickly than newer homes and newer piping.

"Where you see people using them is in newly-constructed homes because those pipes are bigger and they're made of materials that are more slick," he said. "Then they'll pass the wipes onto the municipal pipes. Older houses can't use them because it will cause them issues, as well as (municipal)."

If wipes and other products do make it into the sewer system, there are several places the materials can get stuck, rapidly accumulating and plugging up pipes.

Tree roots, pieces of broken or offset pipes, and the edges of manholes can catch wipes and other materials on their way to the water reclamation district, which purifies local wastewater.

In late August the town of Normal had to swiftly de-clog a pump station on Airport Road after a massive mixture of baby and disinfectant wipes, tissues, paper towels, diapers and more completely shut down one of the pumps.

In a social media post, town officials reminded residents that materials other than toilet paper do not degrade properly and could cause "backups in homes and overflows in sewer systems, creating a public health risk."

"If it doesn't biodegrade like typical toilet paper, then it's a problem for us in our infrastructure," said Ryan Otto, director of public works and engineering. "We have found almost everything in these pumps, anything from hand towels to wipes to underwear to t-shirts.

He added, "Just because you can flush it doesn't mean it's degradable to be pumped by our system."

Last month Gov. J.B. Pritzker signed the Illinois Wipes Labeling Act, making the state the third in the county to require a "Do Not Flush" label on non-flushable wipes. Washington and Oregon have passed similar laws, with legislation pending in California, Massachusetts and Minnesota.

The laws are part of an ongoing effort by the National Association of Clean Water Agencies and the International Water Services Flushability Group to create a standardized "Flushability Specifications."

"It's tempting at first to say we need to ban flushable wipes," NACWA Director of Regulatory Affairs Cynthia Finley said. "It's a product that they think people need, and a lot of people do. So, we started to work on coming up with some standard for flushability, so if a wipe is labeled as flushable, it would be deemed as safe."

Illinois' new law, which is set to go into effect on July 1, 2022 is just the first step in solving the issues "flushable" wipes pose for sewage infrastructure.

Non-flushable wipes manufacturers now must clearly label their product, but without a national standard for what is considered safe to flush down the drain, companies that market their product as "flushable" can continue to do so.

"They can cause problems in a homeowner's plumbing system," said Finley. "It's expensive for them and it can cause the sewage to backup into their basement or home, which is a health problem, too."

She added that when wipes enter the sewage system or the wastewater treatment plant, "it can cause sewage overflows into the environment," which "does cause environmental harm and a public health risk."

The Bloomington-Normal Water Reclamation District operates two wastewater treatment facilities in McLean County. The facilities treat about 30 million gallons of wastewater per day, filtering out wipes and other inorganic materials to produce clean water and byproducts for agricultural purposes.

Touring the facility, one can see the hundreds of thousands of rags that travel through the county's sewage system before they are eventually filtered out through a screen.

A device cleans the "inert" or inorganic materials caught through the screen, later disposing of them onto a conveyer belt where they are crushed, compacted and tossed into a dumpster.

From there, it's off to the Livingston County Landfill in Pontiac, which is, ironically, where the material would end up had they been thrown into a garbage can in the first place.

"If people want to use them (wipes), then throw it out with the trash because that's what BNWRD is doing anyways," said Kothe. "If people would just do that with flushable wipes, it would solve it for everybody."

A 39-year-old schoolteacher from Homewood who had been hospitalized the last several weeks with complications stemming from COVID-19 has died.

After months of delays, fine-tuning and test runs, Rivian’s first production electric truck rolled off the line and into a customer’s hands Tuesday, launching a new era of automobile manufacturing in Illinois.

Illinois Gov. J.B. Pritzker signed into law a pledge to eliminate the state's climate-damaging carbon emissions within a quarter-century.

2021 was the biggest year for the event yet, including 40 teams, over 20 sponsors and 25 volunteers, according to Diane Swanson.

The five-year program efforts providers to create partnerships with each other to develop "innovative solutions for meeting health care needs in their communities."

It was an exciting week for Central Illinois news, so sit back, relax, and let us tell you what you missed. 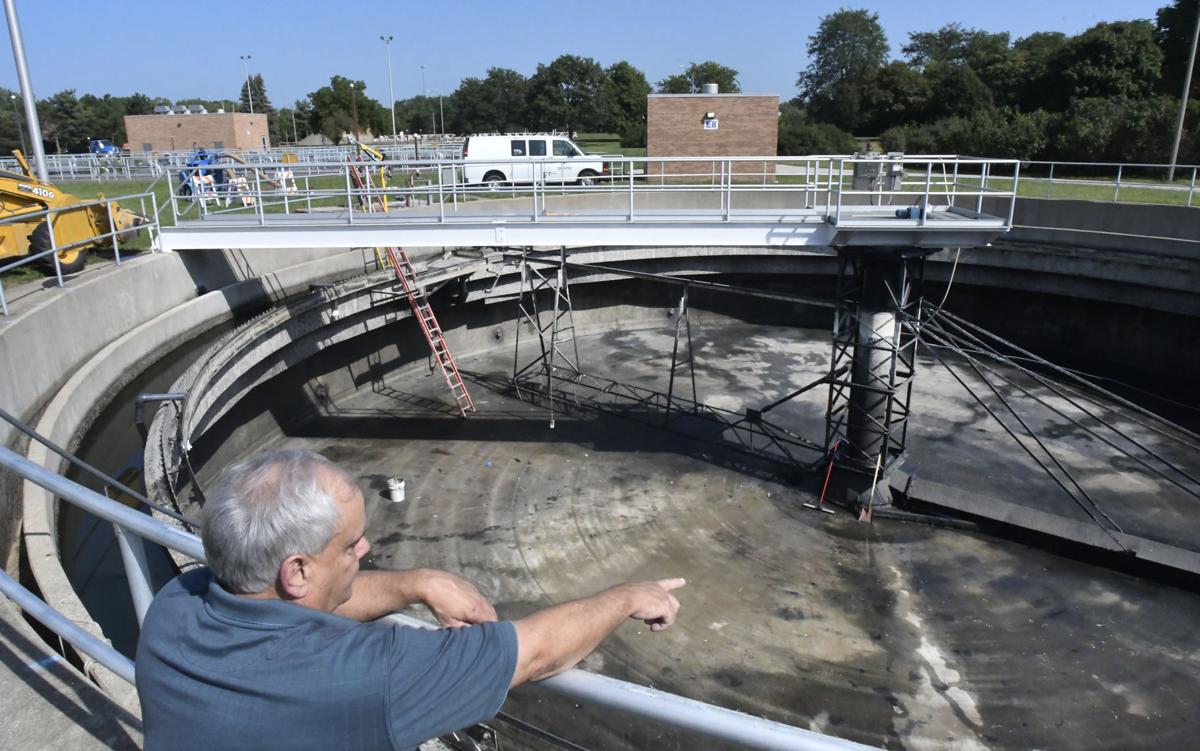 Randy Stein, executive director of the Bloomington and Normal Water Reclamation District, points out maintenance areas required as the district empties one of the clarifiers at its Oakland Avenue plant on Aug. 27. 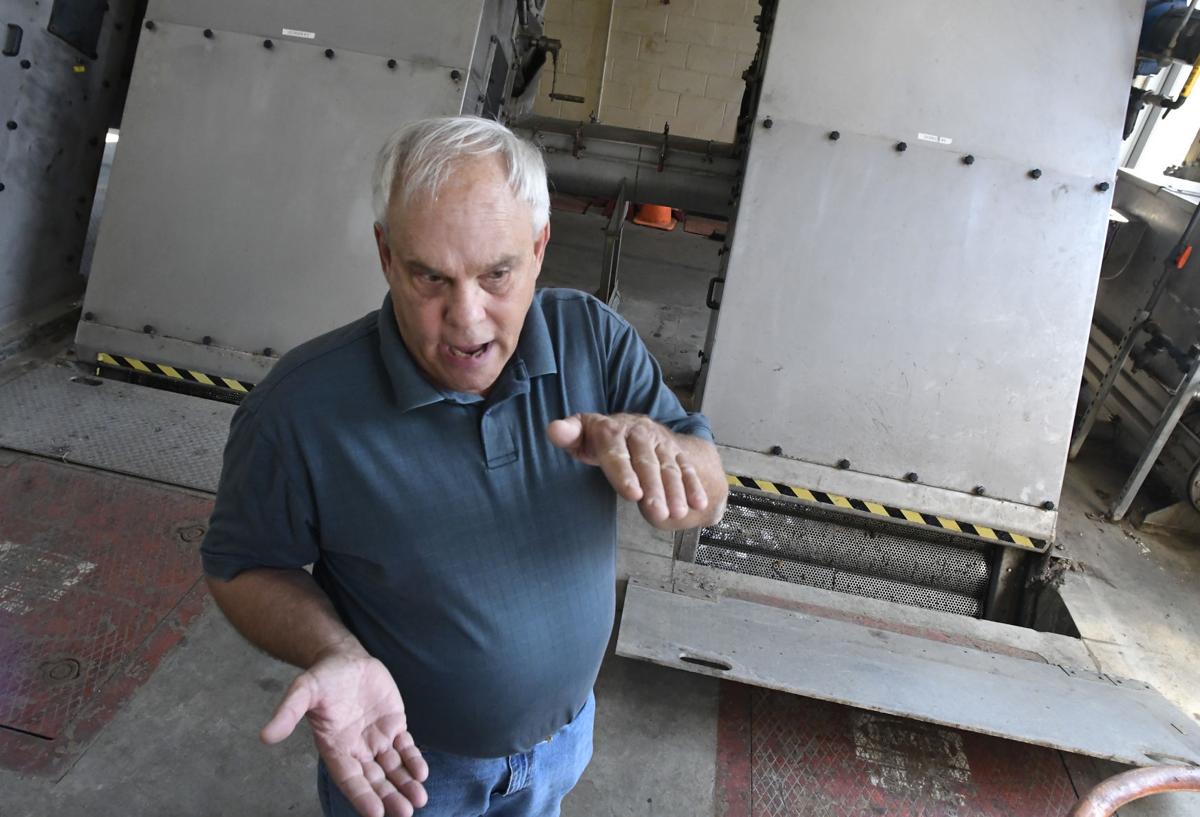 Randy Stein, executive director of the Bloomington and Normal Water Reclamation District, describes how non-flushable items from the Twin Cities clog up the district's sanitary sewer processing equipment at its Oakland Avenue plant on Aug. 27. The motorized filters in the background are good at removing smaller items, but they have their limits, he said. 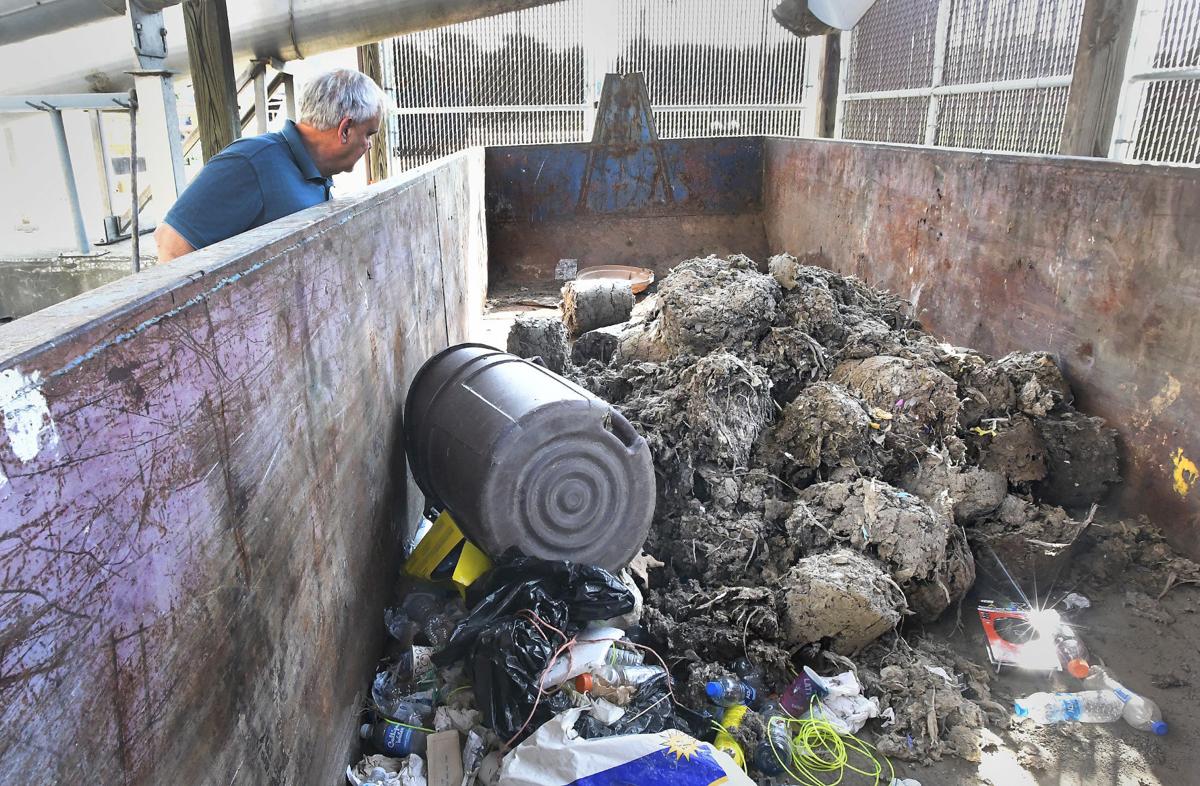 Randy Stein, executive director of the Bloomington and Normal Water Reclamation District, examines a week's worth of rags and wipes that clog up the district's sanitary sewer processing equipment at its Oakland Avenue plant on Aug. 27. The items, while removed by machinery, are not designed to be flushed into the area's sewer systems. 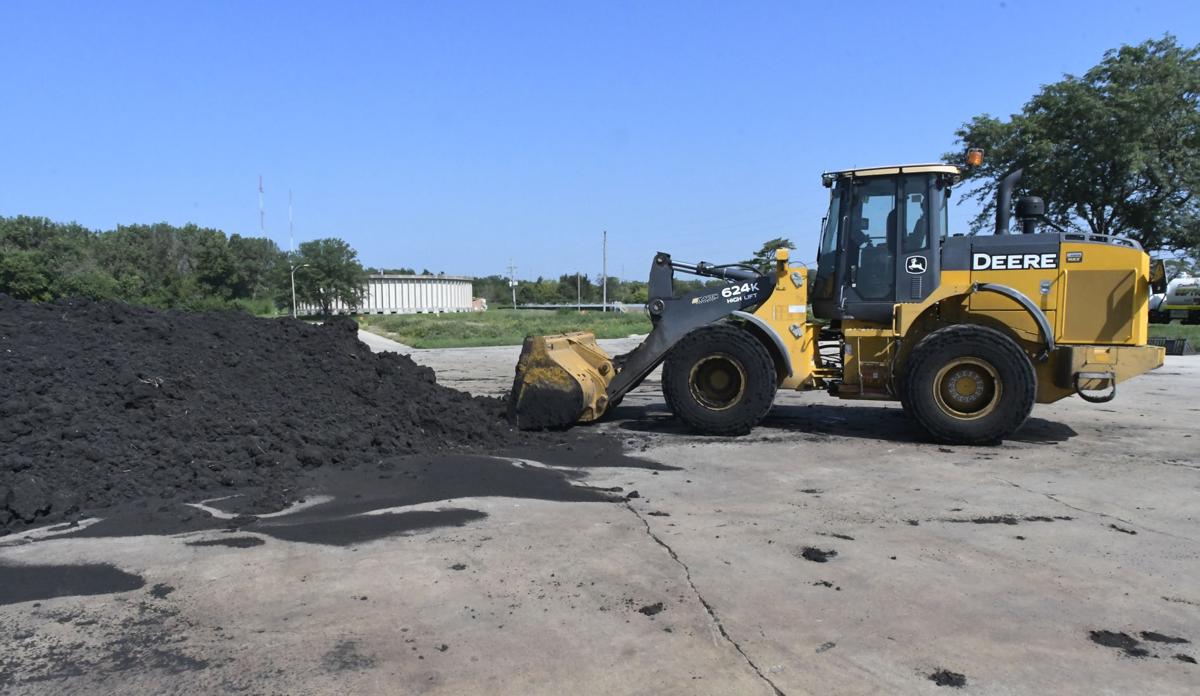 A field of drying sludge is all that is left after sewage is processed at the district's sanitary sewer processing equipment at its Oakland Avenue plant on Aug. 27. The sludge can be used as fertilizer on corn or soybean fields. 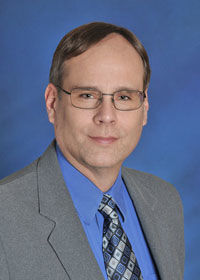 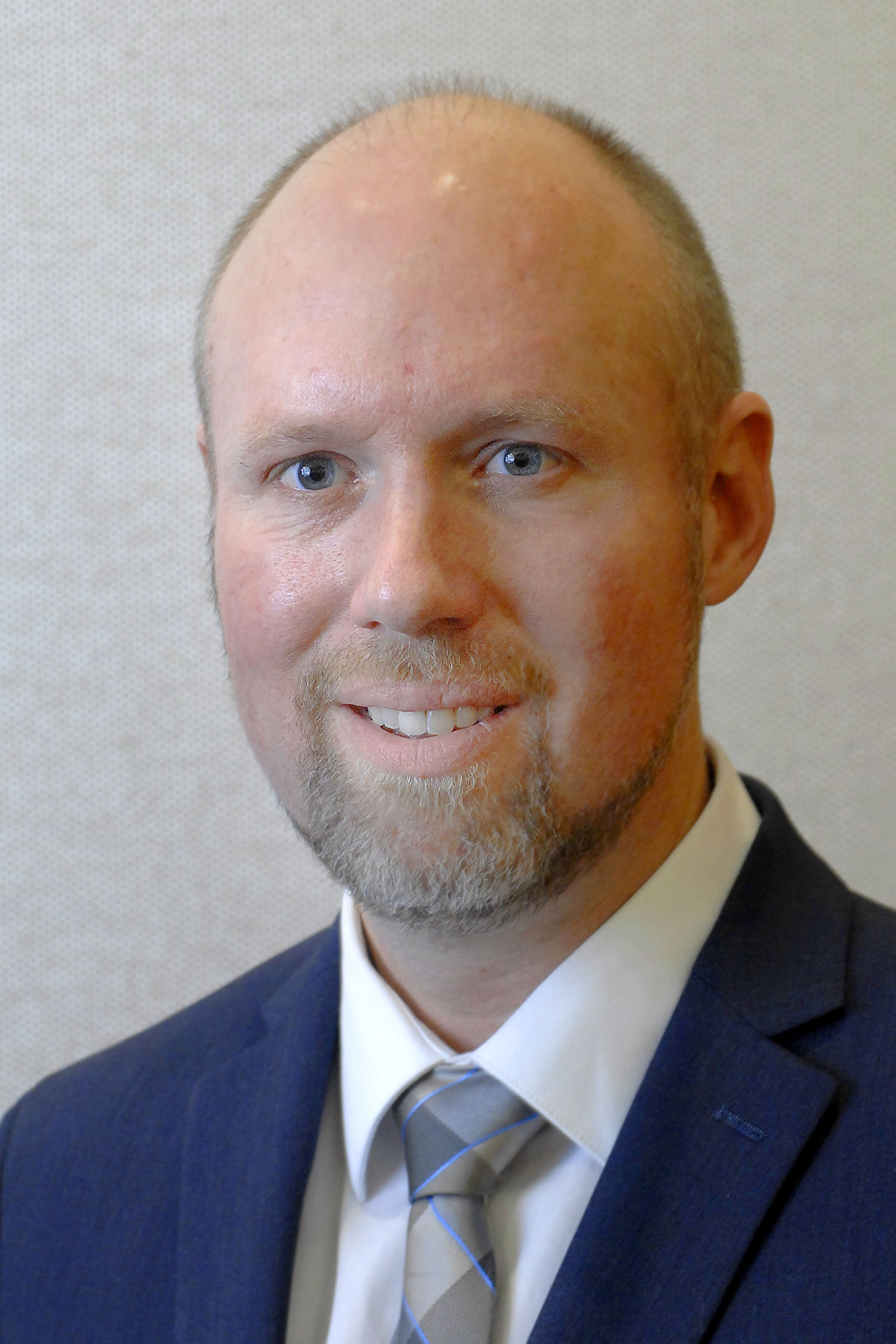