BLOOMINGTON — A box full of games shipped halfway across the world wasn’t enough — Yonathan Bar-On needed to be sure to stop at Red Raccoon Games in the midst of a monthlong trip across the United States.

“The moment I knew I was going to be in Illinois, I thought, well I want to go back and say hello,” said Bar-On, a high school teacher from Haifa, Israel — more than 6,000 miles away.

Two years ago, Bar-On spent a few weeks in Bloomington-Normal as part of Friends Forever International, a program that brings together students from areas of conflict to work on community projects.

“I was amazed by the work people do here,” he said, visiting with Red Raccoon owner Jamie Mathy on Monday. “I’m a big believer in building things up from below. If peace ever comes to the Middle East — and I don’t know, I’m not sure if it will be in my lifetime — it will be come up from below and from grassroots organizations” like Friends Forever and the Rotary groups that sponsor the programs here.

"It’s like throwing a stone in a well — it spreads," he continued. "Drip by drip — that’s what I do with my students as well, show them small things can make big differences."

Each time these groups of Israeli and Palestinian students come to Bloomington, they always get a surprise stop at the game shop downtown.

“We try to come up with fun things to put the kids at ease and give them a break,” Mathy said. “They do hard work when they’re here. They really have a lot of projects that they have to accomplish while they’re here.”

Students during the 2019 trip spent time at the Boys and Girls Club of Bloomington Normal and Westminster Village, sang and danced with members of the Autism Social Group, attended several different religious services and visited four different Rotary clubs, among other activities in a packaged schedule.

Bar-On said since his time in the U.S. with Friends Forever, he tries to teach his students as he would like his own children to be taught, and that means acknowledging that “we can all learn from each other.”

Having worked with students on issues regarding conflict, and addressing the decades of violence and conflict in Israel and Palestine, Bar-On said it’s important to see each person as an individual instead of as a group.

On his return trip, Bar-On also brought his wife Yael, who teaches math and computers in Haifa at the elementary level.

Another stop on their visit to Bloomington-Normal was the McLean County Museum of History, which Bar-On said he appreciated as a historian.

“That’s one of the things that I really appreciated in America is people have a fascination with local history. I’m from Holland originally and we don’t have that there so much,” he said. “In Israel, people have fascination for family history but usually not for the place where they live because most people don’t live there more than one to three generations backward.”

Once they’re back home and out of their post-travel quarantine, the couple said they are looking forward to a normal school year starting in September.

Traveling during the pandemic has been "less complicated" than expected, but they said they've been careful to wear masks, complete tests as necessary and came fully vaccinated.

In their month in the states, they also saw the Hoover Dam and stopped in Las Vegas; traveled through Utah and Wyoming; and visited Mount Rushmore and the Crazy Horse Memorial in South Dakota.

He called the rodeo they watched in Wyoming “something that you have to see once in your life, and if you’re not a cowboy, I’m not sure if I’m going back. … But it was an experience, something that you won’t see anywhere else.”

Watch now: Inside the big move-in Monday for these Illinois State students

Central Illinois parents shopping for back-to-school supplies should add face coverings to their lists, as Gov. J.B Pritzker announced Wednesday all students and staff will be required to wear masks.

Last month, I had the pleasure and privilege of staying two weeks at Kemp Hall (Illinois Wesleyan University). Together with my friend and col…

Bar-On: 'In the dark hall there is a light that shines'

Three weeks ago, while many thousands took to the streets all over the world to express their anger, grief and frustration, following the crue…

Maybe, instead of making symbols of racism disappear, we should focus on making them more visible. In this context we can learn from the way t…

Watch now: Love beer and jazz? Check out this festival in uptown Normal 🍺

Brews and jazz are returning to uptown Normal this weekend with the eighth annual Medici Craft Beer and Jazz Street Fair.

The former Soviet Republic, located on the eastern edge of the Black Sea at the intersection of Europe and Asia, has partnered with the U.S. Department of State for nearly a decade working to strengthen their journalists and now their journalism educators. 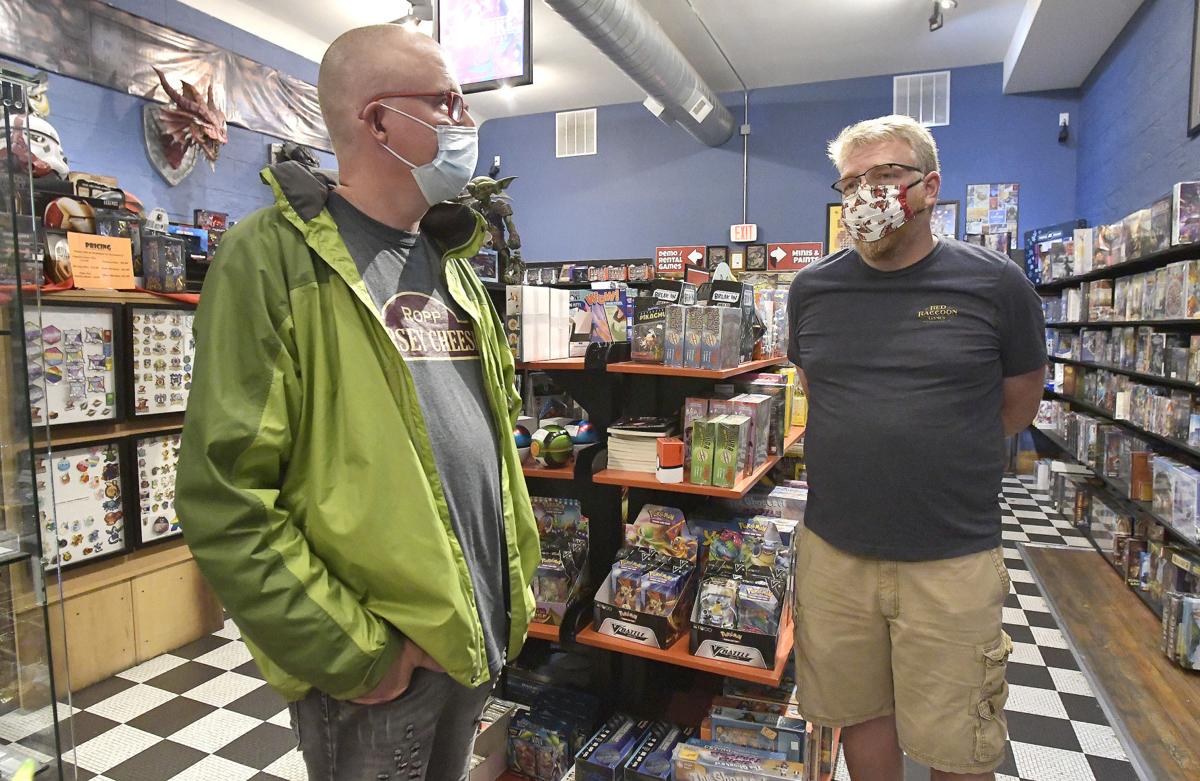 Yonathon Bar-On, left, an Israeli teacher, visits on Monday with Jamie Mathy, owner of Red Raccoon Games, 309 N. Main St., Bloomington, as part of his tour across the United States. 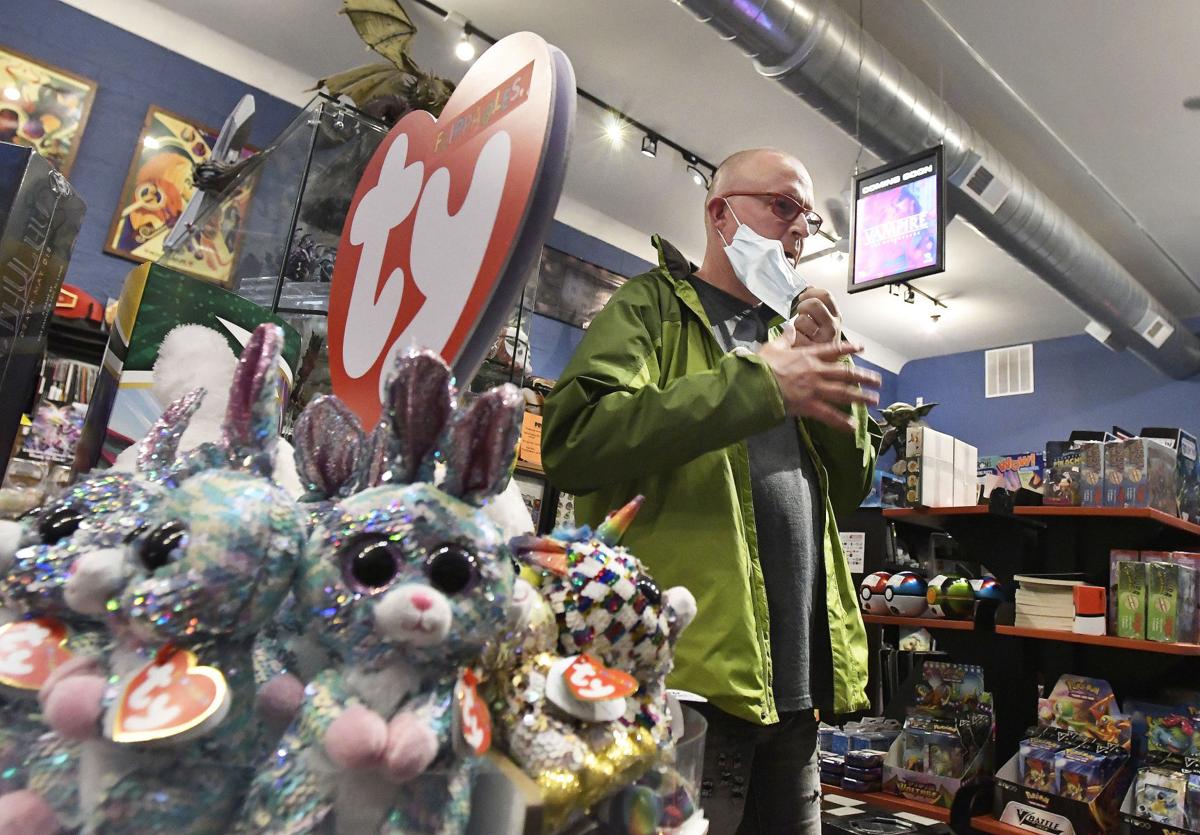 Israeli teacher Yonathon Bar-On visits Red Raccoon Games on Monday. “The moment I knew I was going to be in Illinois, I thought, well I want to go back and say hello,” he said. 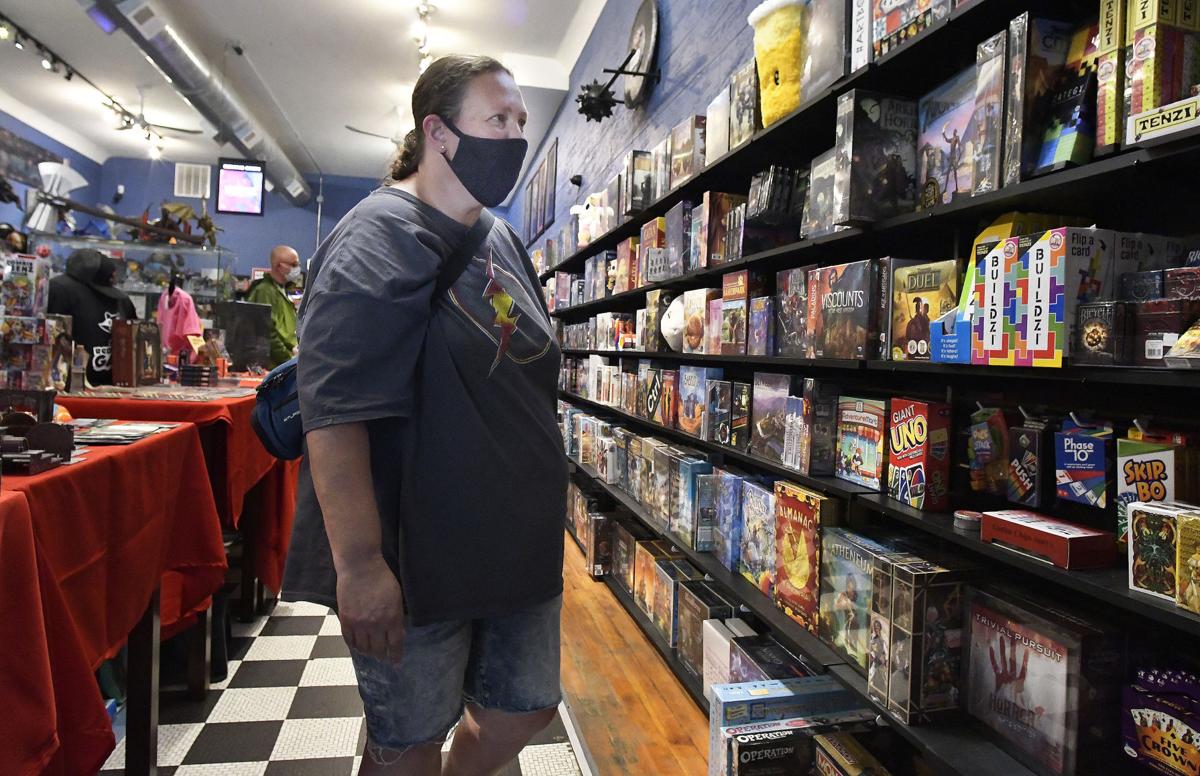 Yael Bar-On, wife of Yonathon Bar-On, visits Red Raccoon Games on Monday as part of their tour across the United States.