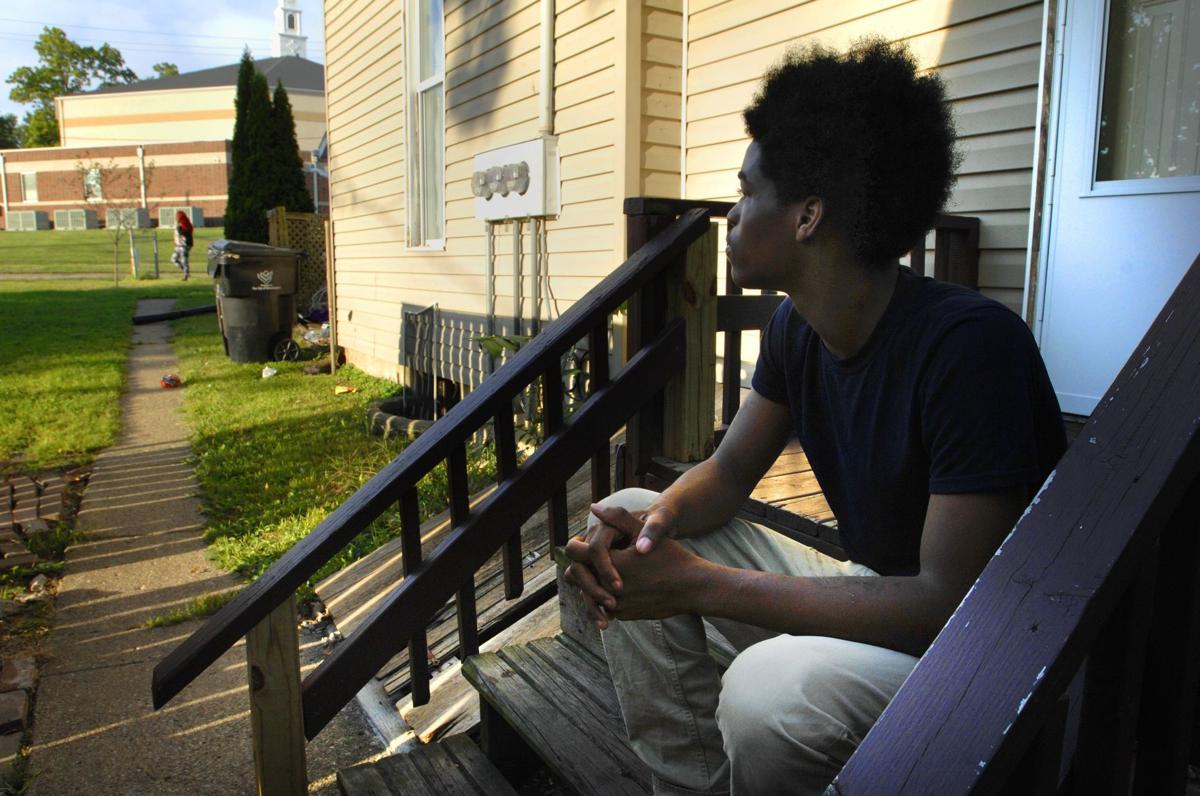 Leon Ford, an 18-year old Bloomington teen who is traversing the juvenile justice system in McLean County, faces a number of challenges as he tries to finish his education and move on to a career. 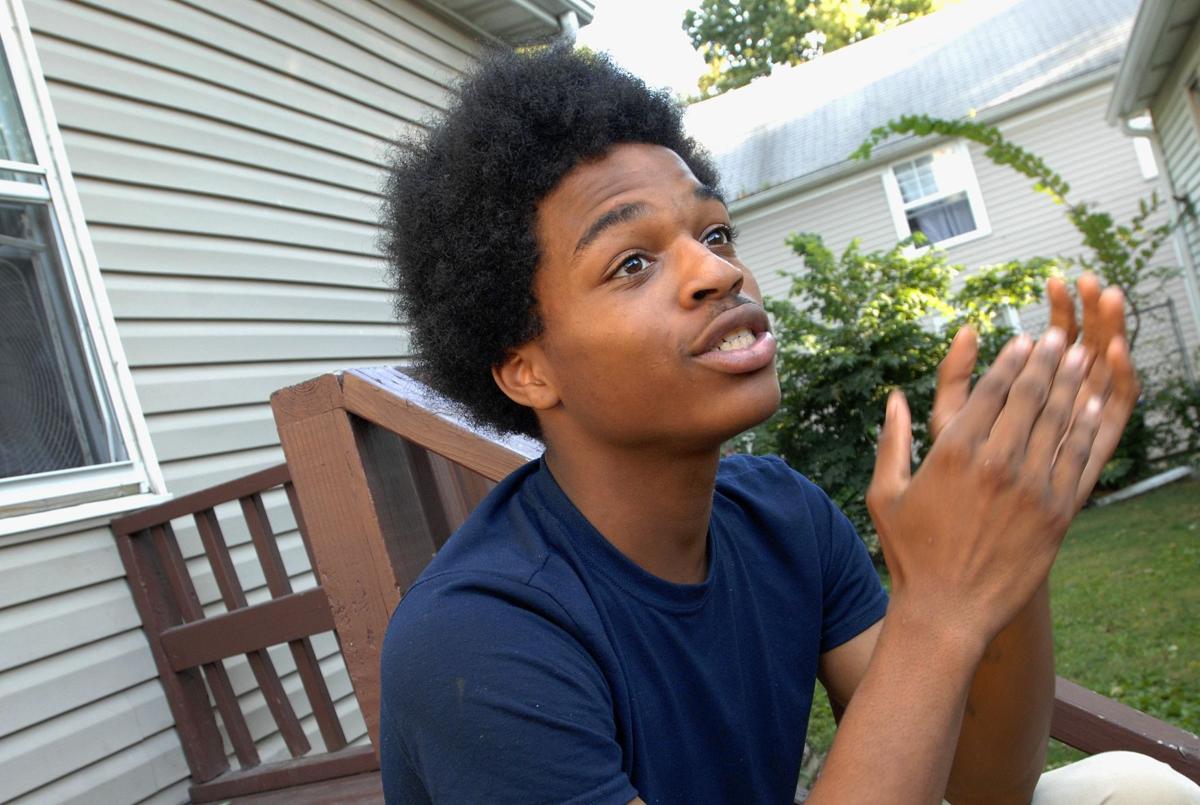 Leon Ford is enthusiastic about his future. He says he does have to weigh every decision he makes, particularly when going out after dark. 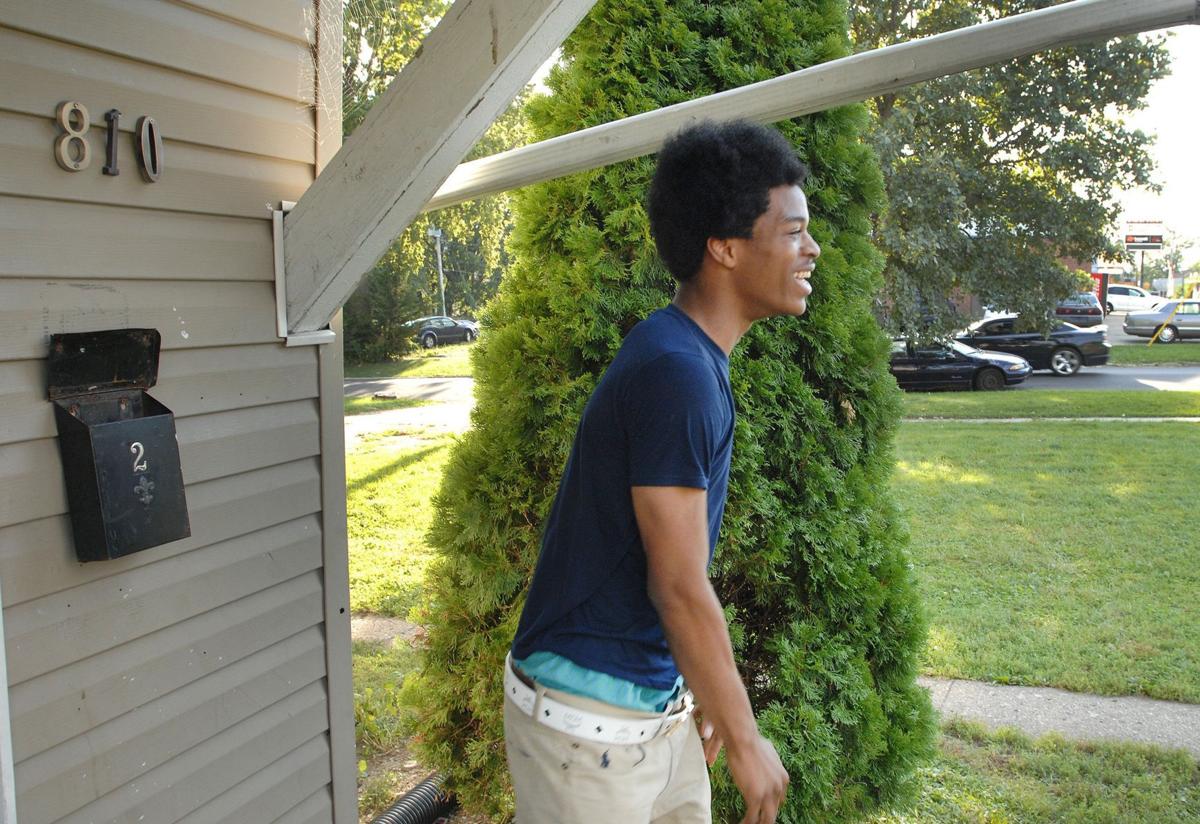 Living on West Market Street presents a number of challenges for Leon Ford, an 18-year old Bloomington teen who is traversing the juvenile justice system in McLean County.

BLOOMINGTON — Leon Ford wants to travel the world but first he needs to complete his obligations to the criminal justice system.

The 18-year-old Bloomington teen was placed on two years' probation after he and several friends took a car that didn't belong to them. Ford was 16 at the time and now realizes that his "goofing off with friends" was a mistake.

"It was scary going in front of the judge. He can determine that happens to you. He can control your life," said Ford, who spent 30 days in juvenile detention.

The interview with Ford and others is part of a series by The Pantagraph on the challenges facing youth involved in the juvenile justice system. The project looks at how changes at the state and local level have helped and in some cases limited the ability of advocates to help youth and their families.

Ford hopes to get a job that will support his dream of seeing the world. A technical school may be part of that.

"I want to travel the world, go as many places as I can," he said during a recent interview at his family's home on West Market Street.

Ford credits his mother, Barbara Williams, with helping him stay motivated to complete a high school degree through the Regional Alternative School.

"She wants to see me do good. She makes sure I'm at school every day and I have everything I need," said Ford.

Staying out of trouble "is harder than most people think," said Ford, especially for young black males living on the city's west side.

Ford said he is cautious of the company he keeps and his appearance in public.

"Sometimes you just have to separate yourself from people. And I think twice when I go out after dark. I keep my hands outside where they can be seen and don't want to be doing anything suspicious," said Ford.

Part of the team that has helped Ford avoid more scrapes with the law has come from the Center for Youth and Family Solutions. Help with job applications and transportation are two of Ford's needs that caseworker Kim Harris has met. Having a positive role model who instills confidence is important, said Ford.

"If you don't have someone in your corner, you'll be doing bad stuff," he said.

Joseph Gardner also has a network of support that has been there from the beginning.

In the first three days of his life, Joseph was rescued twice: first by the Chicago police officers who found him in a trash bag hours after birth and then by his great-great-grandmother, Irene Gardner, who agreed to care for him.

Gardner, now 77, makes sure he attends his classes at Heartland Community College and follows all the rules of his probation. Joseph, 18, got into trouble with the law as an adolescent after he moved from Chicago to Bloomington to live with his mother when Irene Gardner became ill.

“He didn’t have any structure and he got out of hand,” Irene Gardner recalled.

After talking with Joseph’s probation officer, Gardner decided to relocate to Bloomington.

“We had a team to help Joseph,” Gardner said of the court services staff and YouthBuild, a community agency that helps at-risk youth with life skills and education. Joseph earned his high school diploma in June and received a special leadership award from YouthBuild, an honor that came with a trip to Washington, D.C.

Shy and soft-spoken, Joseph would like to complete a four-year degree in business. “I like it at Heartland. They help me with my reading and life skills,” he said.

As the widowed mother of eight and a grandmother on three generational levels to 57 children, Gardner has no regrets about the ongoing care she’s offered Joseph since he was abandoned as a newborn by his 15-year-old mother.

“He’s my baby. I’m glad I did it because it made a great difference for him,” Gardner said.

Doug Braun, youth, family and community outreach coordinator for CYFS, said agency services are "an extra layer of support for parents who are struggling just to exist in some cases."

Participants in the programs tend to be low income, minority males who are one mistake away from incarceration in the state's juvenile corrections system, said Braun.

"It's important that they have a chance to develop positive relationships. Some kids just don't have hope," said Braun.

Editor's note: This series on juvenile justice is supported through a fellowship provided by John Jay College of Criminal Justice, Center on M…

BLOOMINGTON — Twenty-eight-year old Ben Labrockington is hoping for a break that keeps him from his fourth trip to prison.

Leon Ford, an 18-year old Bloomington teen who is traversing the juvenile justice system in McLean County, faces a number of challenges as he tries to finish his education and move on to a career.

Leon Ford is enthusiastic about his future. He says he does have to weigh every decision he makes, particularly when going out after dark.

Living on West Market Street presents a number of challenges for Leon Ford, an 18-year old Bloomington teen who is traversing the juvenile justice system in McLean County.